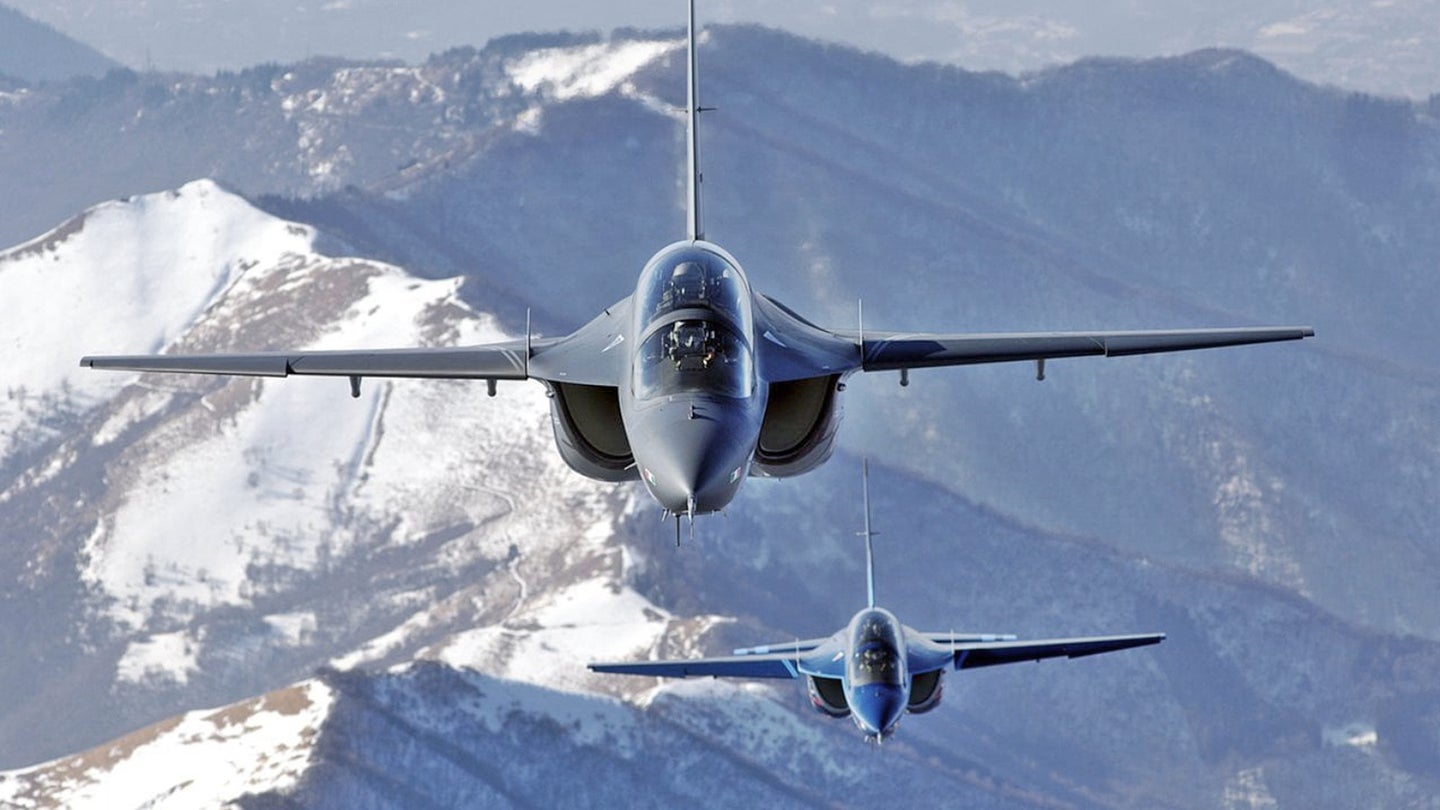 Last year, the USAF’s $16 billion T-X tender to replace its aging T-38 Talon trainers was looking like a big furball dogfight amongst as many as six competitors. Now, that number has dwindled to just three—one of which still has yet to produce a prototype—a reality that will offer much less choice for the USAF than originally envisioned.

In just the last week, both the consortium of Leonardo and Raytheon, and most stunningly, Northrop Grumman, dropped out of the T-X running. Northrop Grumman was seen as a prime competitor, especially considering their T-38’s legendary heritage within the Air Force’s Air Education Training Command. Not just that, but the company specifically ported a large portion of their T-X candidate’s development over to their world renowned “bleeding-edge” aerospace subsidiary, Scaled Composites.

Northrop Grumman acquired Scaled Composites back in 2007, and using the outfit to bolster their competitiveness in tenders like the T-X was one of the biggest reasons for the acquisition. For the T-X competition, BAE Systems and L3 also teamed with Northrop Grumman, which together made for an astonishingly powerful team, at least on paper.

With Scaled Composites' well established creativity and cutting-edge material science, Northrop Grumman was expected to present a major challenge to the field. That challenge appeared to come in the form of their shadowy Model 400 prototype. In recent months, the aircraft has flown without fanfare over Scaled Composite’s Mojave plant, but the company has said little about it since it first was spotted last summer.

Around the same time the company hinted that their prototype would be officially unveiled, Northrop Grumman’s leadership has decided to throw in the towel. A statement by Northrop Grumman reads:

There is also the real possibility that the company’s Model 400 simply was not seen as competitive enough, either on cost or performance grounds, to win the contract now that the official requirements have been put forward by the USAF. In fact, we may never know for sure what the company’s reasoning for ditching the type may have been.

Leonardo and Raytheon dropping their T-100, an aircraft based directly on the successful M346 Master, from the T-X competition was a far more upfront affair. There had been concerns that the twin-engine jet would have trouble competing in terms of raw performance with the other more fighter-like entrants. Yet it seems the major issue with moving forward came down to price and what both prime contractors on the project expected out of it. In the end, an agreement could not be reached, and now the T-100 and Leonardo are without a US partner.

The M346/T-100’s road to the T-X competition had been rocky before this latest news. Originally, Leonardo was paired with General Dynamics for the bid, but this relationship shattered in 2015. A year later Raytheon jumped onboard, but there were rumors that the two companies didn’t always see eye-to-eye. Now that Raytheon is officially out, Leonardo could still move forward with another partner, but doing so this late in the game would be troublesome.

With Textron pulling a T-X modified version of their Scorpion light attack and surveillance jet from the competition months ago, it leaves Lockheed and KAI with their mature T-50, Boeing and SAAB with their visually impressive clean-sheet design, and a dark horse candidate in the guise of Sierra Nevada Corporation and Turkish Aircraft Industries clean-sheet design known as the “Freedom Trainer.”

Now, the question is what the USAF will end up prioritizing in the contest. Although the RFP is out, and it includes some bonus points for higher-than-minimal performance, in the new age of the Trump administration, will the lowest cost be prioritized over the best capability? Considering all the things the USAF wants to do (and only so many dollars to do them), this very well could be the case.

On the other hand, if a massive influx of cash sees the service’s triage of procurement priorities become less severe, a high-end solution—maybe even one that could be adapted into a low-cost light fighter—may become the winning ticket. One design in particular already has that in its pedigree: the Lockheed/KAI T-50, which is active in a light fighter FA-50 variant today within multiple air arms around the globe.