US Navy Cruiser Runs Aground In Tokyo Bay

The ship has spilled over a thousand gallons of hydraulic oil into the water. 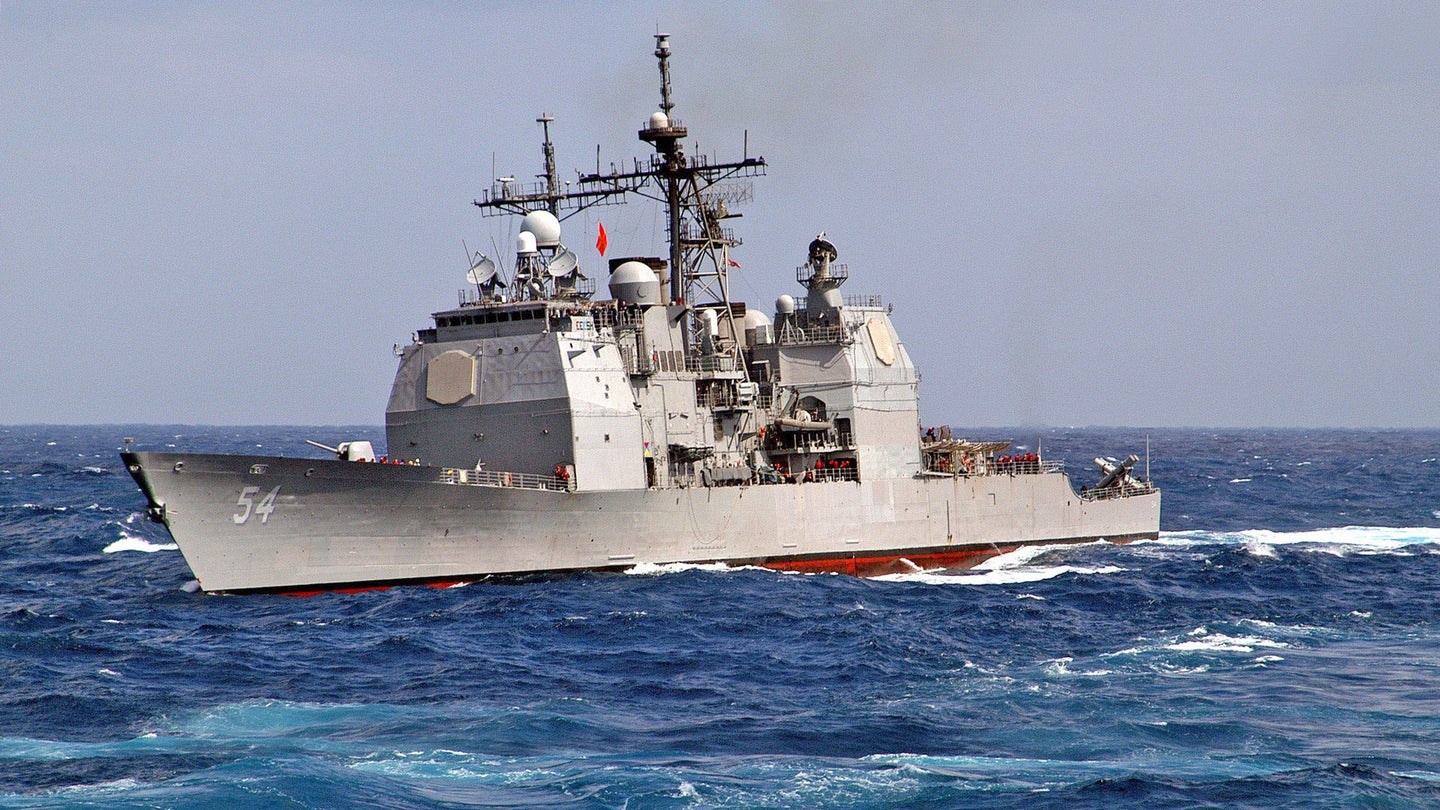 USS Antietam (CG-54), a Ticonderoga class guided missile cruiser, was in the process of anchoring in Tokyo Bay on Tuesday under high winds. The crew realized that the ship’s anchor was dragging, and after getting back underway, it ran aground. The impact damaged cruiser’s huge twin screws, making it so they couldn’t change pitch, and 1,100 gallons of hydraulic oil was released into the bay as a result of the incident. The ship was not able to maneuver on its own, necessitating tugs to bring it back to port in Yokosuka.

The 30-year-old Antietam, which replaced the USS Cowpens in late 2013, is part of America’s forward-deployed naval presence in Japan, and is one of just three US Navy cruisers based there. These ships often deploy as the anti-air warfare operations centerpiece in carrier- and amphibious-strike groups, but they also work on their own for various missions, including ballistic missile defense (if equipped), disaster relief, multi-national training, anti-piracy and other assignments.

An investigation is underway regarding the incident, although running aground or colliding with subsurface features does not typically end well for the ship’s captain. Regardless, nobody was hurt in today’s incident, and it could have occurred due to factors largely beyond the control of Captain Joseph Carrigan. We’ll keep you informed as to how it all plays out.