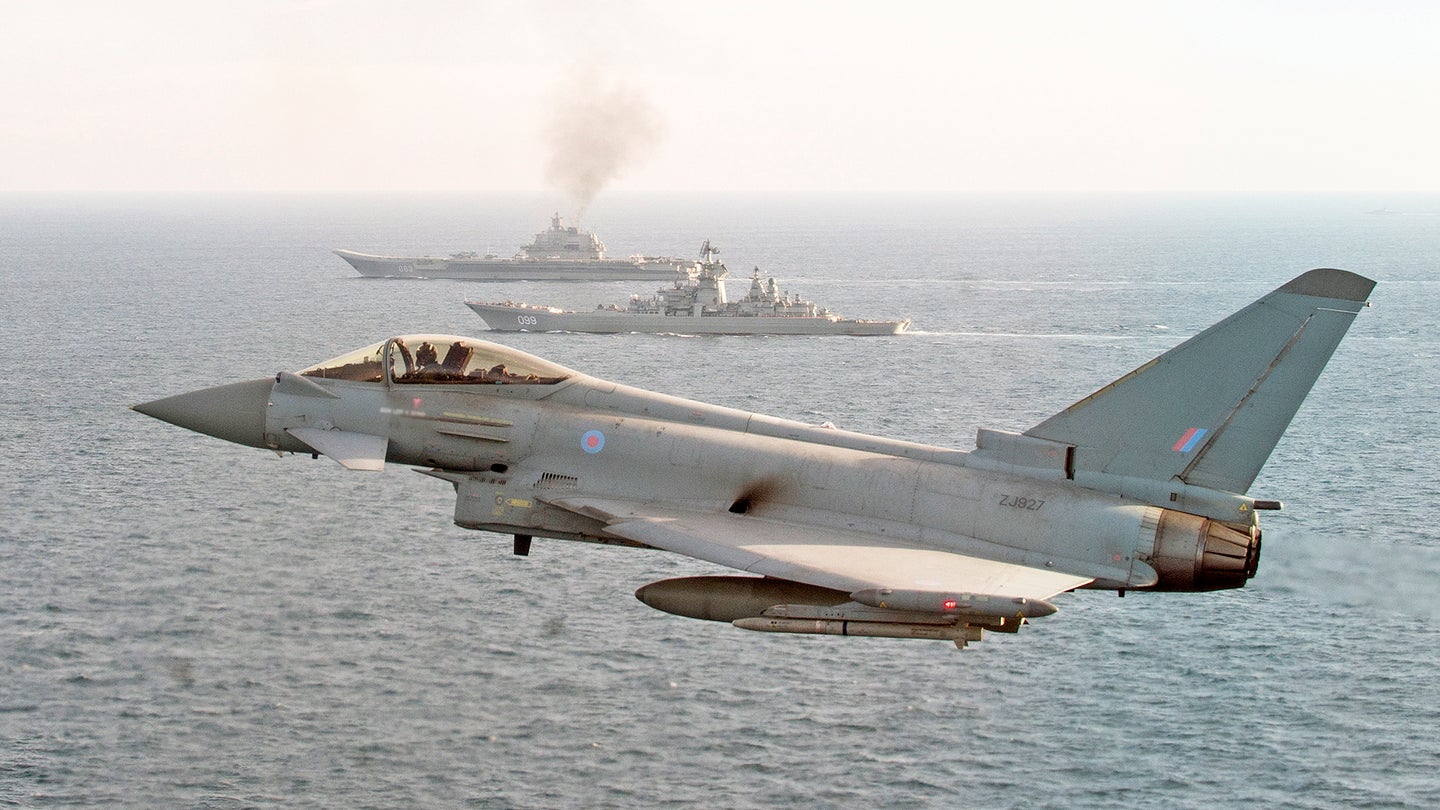 After having a less than stellar cruise to the Mediterranean, Russia’s carrier and its armada are making their slow voyage back to their home base in frigid Severomorsk. As it made its way north through the English Channel, the UK Ministry of Defense not only shadowed the flotilla with a Type 23 Frigate, the HMS St. Albans, but it also sent a trio of Eurofighter Typhoons to make low passes near and around it.

The results of the mission included some awesome pics, check them out below:

Some may wonder what objective is being met by sending Typhoons out on such a mission. Beyond a show of force and a killer photo op, their presence is likely at least partially a symptom of the fact that the UK has been without a proper maritime patrol aircraft for many years. This deficiency is planned to be righted by an order of P-8 Poseidons which will be able to accomplish myriad of missions beyond basic sea control, anti-surface and anti-submarine warfare duties.

Defense Secretary, Sir Michael Fallon, said the following about monitoring the Kuznetsov as it made its way through the channel:

“We are keeping a close eye on the Admiral Kuznetsov as it skulks back to Russia; a ship of shame whose mission has only extended the suffering of the Syrian people. We are man-marking these vessels every step of the way around the UK as part of our steadfast commitment to keep Britain safe.”

Not friendly words, to say the least. Here's a video shot while the jets were airborne over the Kuznetsov: