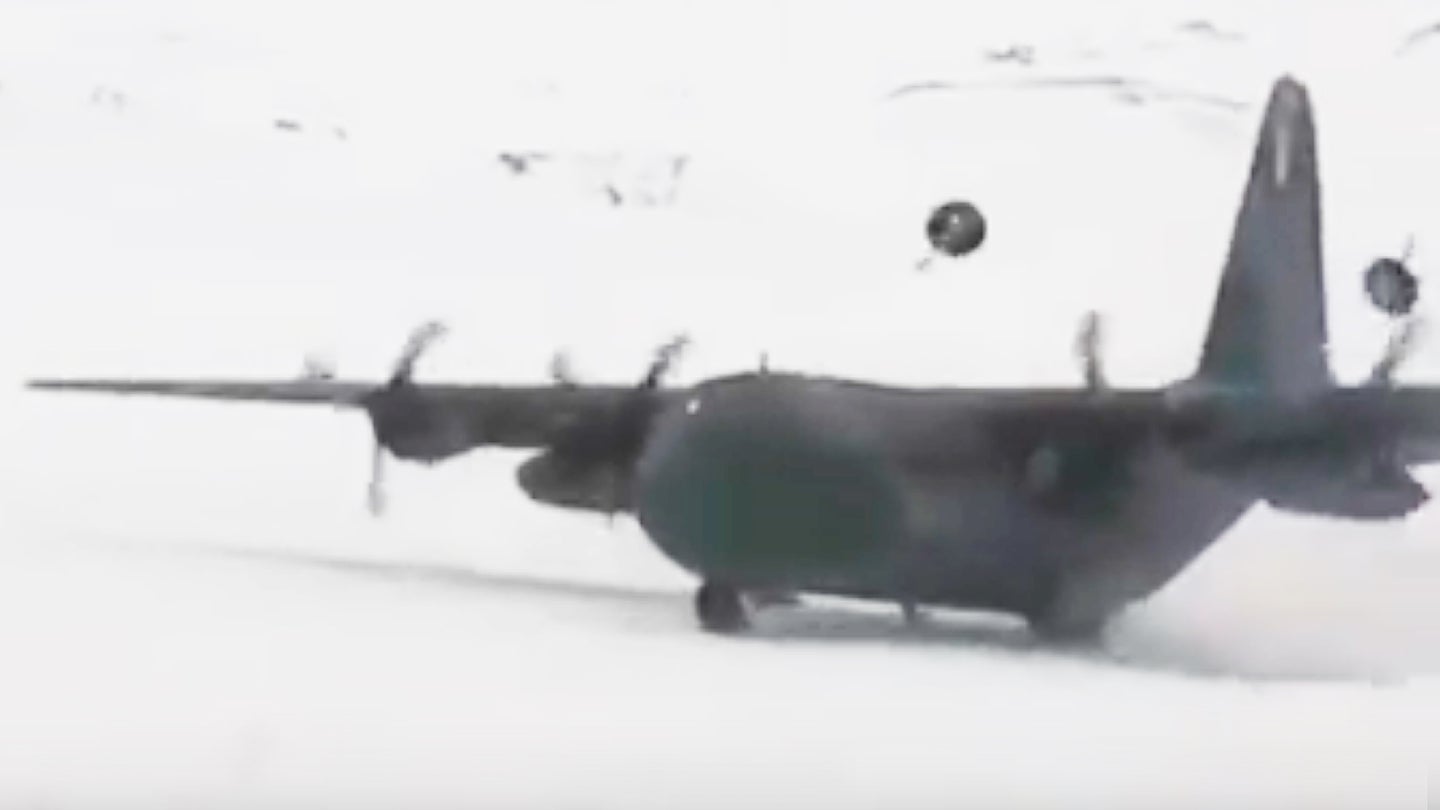 A Brazilian Air Force C-130M was about to land at Chile’s snow covered Teniente Rodolfo Marsh airport on the northern tip of Antarctica when everything went wrong. The aircraft suffered a total failure of its right-side undercarriage, sending it careening down the slick runway. During its roll-out the number four prop smacked into a snowbank and eventually the aircraft made a violent ground-loop before coming to a halt facing nearly the opposite direction in which it came. Thankfully nobody was killed or even injured in the incident. It never ceases to amazing me just how tough these aircraft are.

Here is video of the incident:

The crash happened on December 27th, 2014 and since then the Força Aérea Brasileira (FAB) has supposedly been repairing the aircraft, with plans to fly it out of the remote airport sometime in the last couple of months—though there is no available information if this is indeed going to happen or already has. A picture of the aircraft shortly after the incident, shows that it's surprisingly well intact—but carrying out repairs at such a remote location would not be a simple or inexpensive task. The FAB retains a force of roughly 15 C-130s, two of which are aerial tankers, so losing even one aircraft is a significant blow to the inventory.

A Chilean C-130 making a JATO assisted departure from the airport in 2002:

Some inside-the-cockpit footage of C-130 ops out of the remote airport:

C-130s are common visitors at the Antarctic airfield. Other aircraft used for tourism or cargo and scientific charters also use the airport regularly, although there is no consistent airline service to it. The runway is 4,238 feet long and is made out of packed gravel. Here’s a photo of a C-130 at the airport during its opening in 1980:

As you can see in the satellite imagery below, the outpost experiences some pretty severe weather differences throughout the year, and overrunning its thresholds at either end would likely result in disaster.

Update- 1/22/17 4:45pm PST: One of our readers and commenters "Hupiscratch" found an article that states the Brazilian government is working to dismantle the C-130 and transport it back home via ship, and that process is likely underway now.