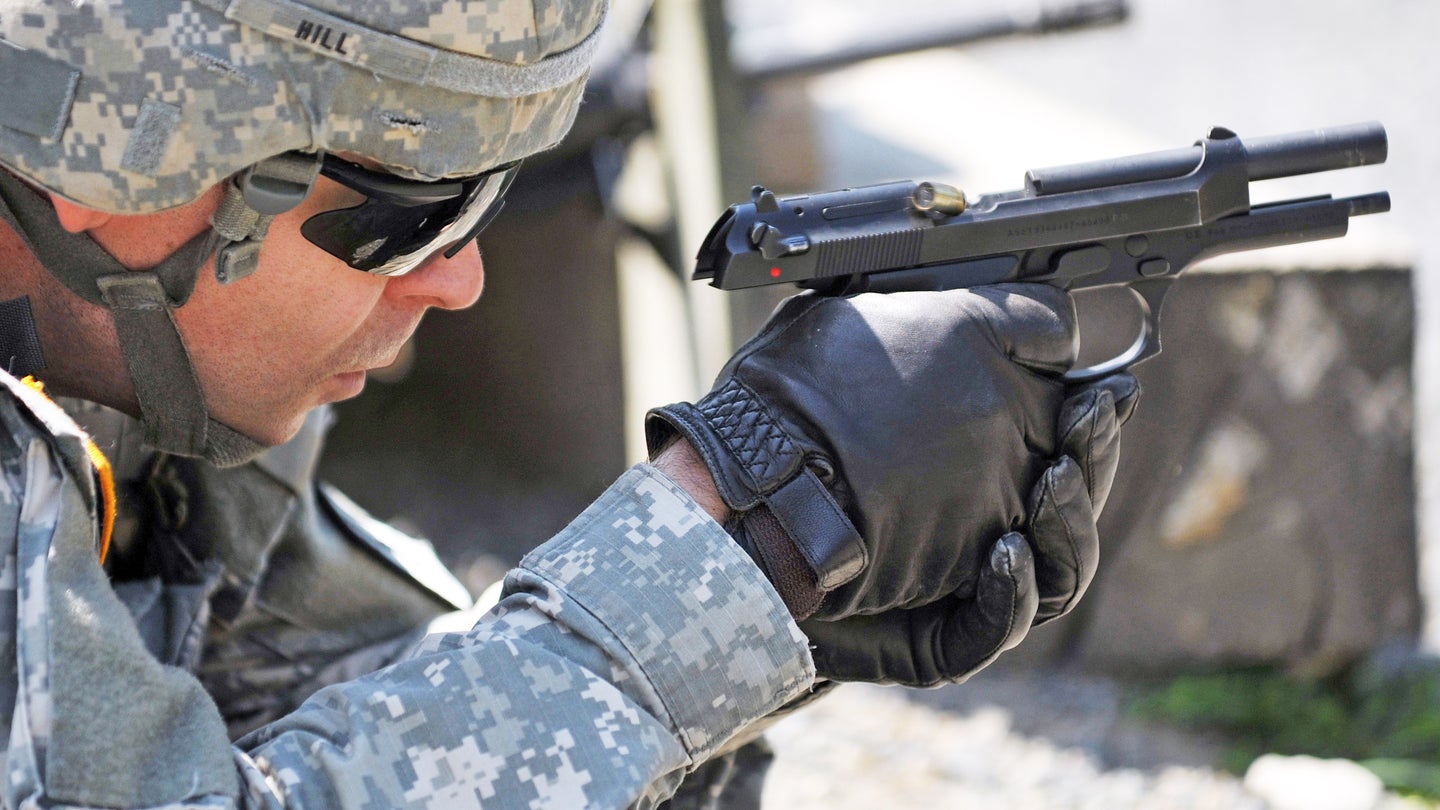 After a battle between a number of prominent small arms manufacturers, including finalists Fabrique Nationale America, Beretta USA, Sig Sauer and Glock, the US Army has announced the winner of the high-stakes XM-17 Modular Handgun System (MHS) contract. Vaunted Swiss small arms manufacturer Sig Sauer and its MHS derivative of the polymer-framed P320 pistol has been crowned the victor.

"I am tremendously proud of the Modular Handgun System team. By maximizing full and open competition across our industry partners, we have optimized private sector advancements in handguns, ammunition and magazines and the end result will ensure a decidedly superior weapon system for our warfighters."

The Army narrowed the competitors down to the Sig Sauer P320 and the Glock 17 and 19 last month, and given that the Glock 19 has become standard issue for American special operations units, many saw Glock as the likely winner. Yet the Glock did not feature anywhere near the modularity that Sig Sauer’s P320 does.

The selection of a new pistol is the first for the Army since 1985 when the service gave up its 45ACP 1911s for the higher capacity but smaller caliber 9mm Beretta M9. It remains unclear what caliber, or calibers, the P320 will be setup to accommodate.

The Modular Handgun System seeked to find one platform that could be adapted to a whole slew of missions, with different barrels, grip sizes, safety configurations, trigger groups, slide lengths, and even frame sizes, to be available under a common overall design. For instance, for a general issue sidearm, a standard length barrel, manual safety, combat trigger group and full sized frame could be provided and the user could customize the weapon’s grip to best fit their hand size. For special operations, a threaded barrel for mounting a suppressor, a double action trigger group with lighter trigger pull and no manual safety can be fitted, as well as raised tritium night sights and extended capacity magazine. For concealed carry, a subcompact frame version of the P320 with either trigger group and safety setup could be configured. The bottom line is that not only are main components interchangeable, as are some calibers—such as 9mm, 40S&W and 357Sig—but the manual of arms is universal.

Just some of the interchangeable components under the P320 family of firearms:

One of the most notable features of the P320, and many of its MHS competitors, is that it's a polymer framed pistol, which is a massive deviation from the steel and aluminum M9 and the all-steel 1911s that came before them. Polymer pistols have become the norm not the exception in the handgun industry over the last three decades, offering extreme durability, reduced maintenance, lower-cost and especially less weight than their metal-framed cousins. The P320 is also striker fired, and does not feature a traditional hammer.

If the P320 based MHS moves through extended testing and development as planned, and sticks to its budget, the Army is slated to buy nearly 300,000 of them. The vast majority will be the full size versions, but thousands of subcompact sized units will also be purchased. Another 200,000 MHS pistols could be bought by the other services as well if the gun proves to be a success.

As it sits now the Army contract alone, which includes accessories, spare parts, and even some ammunition, is worth up to a massive $580 million. Considering the huge size of the program and its implications to the winner, there is a good chance Glock, or some of the other entrants, could officially protest the decision. Like the Beretta 92/M9 that came before it, civilian sales could eclipse the size of the Army contract altogether due to the type’s potential affiliation as the Pentagon’s pistol of choice. Think of it as the ultimate endorsement for a handgun.

Sig Sauer is well known both in military, law enforcement and civilian firearms communities for extremely high quality and long-lasting pistols. The Sig P226 is maybe the most iconic of the company’s products, a weapon that served the US Navy Special Warfare community for decades. Today the P226 is being replaced by the polymer-framed Glock 19 in Navy service, but it is still considered one of the most durable handguns around with a legendarily smooth trigger.

The Army’s long meandering road to acquiring a new sidearm has been so bumpy and at times so ridiculous that it has come up time and time again as an example of how broken the Pentagon’s procurement process has become. Just last March, Army General and Chief of Staff Mark Milley, frustrated with how convoluted the Army’s sidearm replacement program had become, stated the following to a Washington think tank:

“We’re not figuring out the next lunar landing. This is a pistol. Two years to test? At $17 million? You give me $17 million on a credit card, and I’ll call Cabela’s tonight, and I’ll outfit every soldier, sailor, airman and Marine with a pistol for $17 million. And I’ll get a discount on a bulk buy… It’s not a lack of oversight. We’re not asking for free rein, let’s go party… I’m saying: Let me—and then hold me accountable—figure out what type of pistol we need, and let me go buy it and not go through nine years of scrutiny.”

Sure, there is some hyperbole in there, and one very unrealistic claim, but you can see what he is getting at. Many handguns, both domestic and foreign, feature very high reliability, modularity in some aspects, and are available off the shelf for around $400-600. Not only that, but some of them are warrantied for life. The Army’s XM17 MHS requirements are spelled out in a whopping 350 pages of small print, something that seems totally absurd for such a basic yet necessary capability. Some in congress also want the program restructured and simplified, or reset entirely.

The highly proven Glock 19 is now widespread in US special operations units, leaving some to think it was most favored to win the MHS contract:

There has also been concerns that the Army has reached needlessly far in terms of the modularity portion of their new pistol requirement. There is debate as to how such a highly modular pistol will fair in harsh environmental conditions and over long periods of time compared to more traditional designs. So far it seems by all accounts the P320 is in fact a very robust weapon, but the final series of testing the Army will not put it through will have to validate that once and for all.

Above all else, the result of the competition is a huge hit to Beretta who has leveraged their position for decades as thee supplier of the pistol of the American armed services.