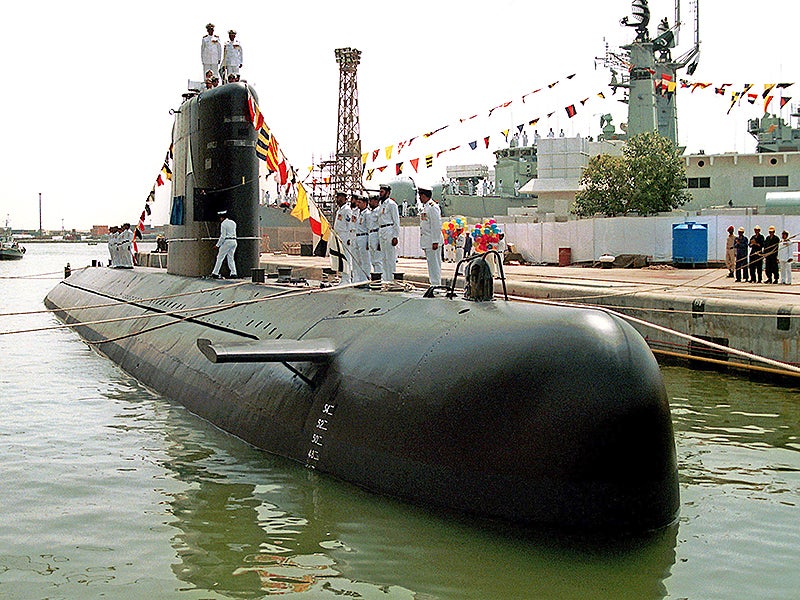 Fielding a nuclear-tipped cruise missile that can be launched from a submarine will give Pakistan something it has wanted for years—a credible nuclear second strike deterrent. Earlier in the week the Pakistani Navy announced that they successfully test-fired just that for the first. Regardless of if the missile launch was as successful as Pakistan claims it was or not, more tests will follow and it’s likely just a matter of time before the missile becomes operational.

Second strike capability means that even if a full-on surprise nuclear barrage were to knock out a country’s nuclear weapons capability, that country still has the ability to make their attacker pay dearly via a retaliatory nuclear attack. It is considered the pinnacle of nuclear deterrent strategies.

Pakistan’s Babur-3 submarine-launched cruise missile (SLCM) that was tested just weeks ago in the Indian Ocean is an evolution of the land-based Babur-2. The Babur series of cruise missiles were developed partially via reverse engineering US Navy BGM-109 Tomahawk cruise missiles that crashed in Pakistan in 1998. The first and second land-based versions offered just another layer of attack capability for the Pakistani military, but the submarine-launched Babur-3’s strategic significance is far greater.

Pakistani military officials claim that the sea-skimming Babur-3 has a 280 miles range and is highly accurate. The missile will likely end up on Pakistan’s three French-designed Agosta 90B class—locally known as the Khalid class—diesel-electric submarines.

These 2,000 ton displacement submarines are quite advanced and are built for open-ocean missions. They can stay submerged for multiple days at a time via their MESMA air independent propulsion (AIP) system. Normal weaponry for the type includes SM39 Exocet anti-ship missiles and 533mm torpedoes.

With the Babur 3’s supposed range of just under 300 miles, and with just three submarines assigned to the task of deploying them (eventually), Pakistan’s fledgling ability to deliver a second strike on an enemy state is quite limited, but it may still be credible. It remains unclear if Pakistan will keep one boat at sea at all times or if they will train to surge-deploy at a moment's notice. Other operational questions remain as well, including what type of command and control interface will be used to authorize a submarine originated nuclear strike.

A second strike deterrent is largely achieved by deploying nuclear submarines loaded with nuclear-warhead laden submarine-launched ballistic missiles, but the use of nuclear-tipped cruise missiles aboard small diesel-electric submarines as a “poor man’s” second strike capability is not new. Israel has put the concept to use, leveraging their increasingly capable Dolphin class diesel-electric submarines loaded with nuclear-tipped Popeye Turbo cruise missiles. Other countries may be looking at deploying similar concepts in the future.

Although still a far cry from India’s 6,000 ton displacement Arihant class nuclear ballistic missile submarines (one is service and three others planned) and the short-range K-15 or medium-range K-4 ballistic missiles they carry, Pakistan’s nuclear armed Agosta class boats at least get the country in the second strike game, but in a very minimal way.

The Indian Navy’s anti-submarine capability is credible, and their submarine fleet includes multiple diesel-electric submarines of different origin, as wells a Russian Akula II class nuclear fast attack boat. So keeping an eye on Pakistan’s tiny Agosta 90B fleet will be possible, although it is not clear what level of confidence the Indian Navy has that they can always keep the boats in their own submarines’ crosshairs. Not just that, but even attempting to do so will tie up valuable assets that could better be assigned to deterring other regional nuclear powers, like China.

Complicating India's counter-submarine conundrums will be the eight AIP equipped diesel-electric submarines Pakistan is buying from China, the first of which will become operational in 2022. These boats—dubbed the Hangour class—will be based on an export configuration of the Yuan class, and will likely be outfitted to fire the Babur-3 like their Agosta 90B counterparts.

Pakistan’s Babur-3 test also comes as tensions broil over continuing skirmishes between Indian and Pakistani forces in the Kashmir region and as India launched a very powerful nuclear-capable missile of its own—the Agni V ICBM. This was the fourth test launch of the long-range weapon, and this time it was fired from a road-mobile transporter-erector-launcher.

Although the Agni V is as much or even more of a threat to China as it is to Pakistan, it is just another reminder for Islamabad of how New Delhi is running away technologically in recent years. With this in mind, the development of the Babur-3 is just another fairly desperate move to keep some sense of strategic parity in play between the two bitter foes.