Dubbed “Project Moonblower,” during the height of the F-117 Nighthawk’s secrecy in the mid 1980s, the Reagan administration, and even the Gipper himself, offered an invite to the UK Ministry of Defense to join the highly classified program.

In newly unsealed UK National Archives files obtained by The Guardian, Reagan’s offer to his good friend and Prime Minister of the UK Margaret Thatcher was casual as can be, with Reagan penning a diplomatic cable that stated in part:

“Dear Margaret, I am delighted to hear that you will be able to see Cap (Caspar Weinberger, the US defence secretary at the time) to discuss the special program I wrote you about… I look forward to receiving your reaction. Sincerely, Ron.” On the communique the word “stealth” was lightly written in pencil.

The “Iron Lady” wrote back to Reagan following the brief, stating:

“Dear Ron, I was immensely impressed by your splendid achievement: three cheers for America!

I was also very touched by the generosity of the offer of participation which Cap brought. It brings home once again who our real friends are… I am so much looking forward to seeing you in Tokyo. With warmest best wishes, yours sincerely, Margaret.”

The MoD ended up not taking up the DoD’s offer to participate directly in the program at the time. In a Ministry of Defense letter written in December of 1986 to Charles Powell, the Foreign Affairs Adviser to the Prime Minister, the decision and a description of its uneventful aftermath were made clear:

“Mr Weinberger has offered us a chance to purchase the current US aircraft but we have replied that we would not wish to actually buy hardware while the programme remains strictly black… Younger (the MoD defense secretary) raised the subject very briefly with Mr Weinberger this morning… just sufficiently to test whether Weinberger is disappointed at our reaction so far. He certainly does not seem to be.”

Nearly a decade later, when the F-117 had fully emerged from the “black” world, the UK was offered the jet once again. This time it would not be a baseline F-117A on the table but a heavily upgraded and anglicized F-117B, which itself would be based on the Navy’s F-117N/X Sea Hawk concept.

The type was aimed at satisfying the Royal Air Force's Staff Target Air 425 deep-strike requirement that emerged following Desert Storm. The F-117B’s airframe would have been partially built by BAE, the jet’s avionics would feature some British components, the A model’s GE-F404 engines would be replaced with Eurojet EJ200 turbofans—the EF2000 Eurofighter’s powerplant. As found on the F-117N/X concept, new serrated non-grilled intakes would be featured as well as a revised exhaust, both of which were similar to those found on the B-2 Spirit. The wing would have less sweep and a greater span than the A model’s. Horizontal tailplanes would also be added aft of the wing. A bubble canopy would replace the A model’s sectioned one. The jet’s classically flat bottom would be recontoured in a constantly curving manner to make more room for weaponry and decrease its detectability to radars.

Combined, these features would give the F-117 more capability on multiple fronts, including better slow speed handling, shorter field performance and increased endurance. The B model in particular would have been able to carry nearly double the bomb load and would have featured double the mission radius of the A model.

Lockheed Martin bid the F-117N/X to the US Navy initially at a cost of $70 million per jet, based on a total production of 255 new airframes. If the UK jumped onboard it was claimed that this price could be decreased further, but considering the special configuration of the UK model, this may well have not ended up an accurate assessment.

The F-117N/X—and there are even subtypes of those designations—was part of the Navy’s mad scramble to come up with a replacement for the doomed A-12 Avenger program. In the end the F-117N/X would not be built. Instead the Navy chose to go the safest route possible and procure the Super Hornet as a one-size-fits-all strike-fighter solution.

Without the Navy onboard there was no chance the UK was going to pursue the type on its own. Instead it reinvested in the Tornado fleet and focused on fielding the EF2000 in the coming decade. Yet even after the decision not to buy the F-117B was made, the UK’s interest in acquiring its own stealthy combat aircraft quietly continued through the late 1990s and 2000s, most notably in the form of the BAE Replica and now the flying Taranis UCAV.

In 1999 during Operation Allied Force the F-117’s reputation for invincibility was shattered when a Serbian SAM crew shot down a Nighthawk with an SA-3 “Goa.” The circumstances for the shootdown were complicated, but at least to the public, the F-117 was proven “touchable” for the first time. In the end the type would not see another sub-model built, and the fleet of roughly 60 F-117s were retired under curious circumstances in 2008, although a handful are still plowing the skies over the Nellis Range Complex.

In many ways, a second F-117 variant in new configuration would have given Lockheed the opportunity to get the jet right. The A models were so experimental for their time, as was their underlying technology, that the ability to tweak the jet’s design and its subsystems could have resulted in an incredible combat machine, and built on the F-117A’s amazing legacy. On the other hand, it is unclear how long a facelift of a first generation stealth aircraft would remain viable. Operating the F-117 has never been a cheap affair, regardless of its sticker price.

The Super Hornet and the Tornado have suited the wars of the last 20 years well, so in the long run the decision not to procure the F-117N/X/B seems to have been an acceptable one. And both the US Navy and the UK MoD will be getting their stealth aircraft finally in the form of the F-35B and F-35C, some 20 years after the F-117 2.0 was pitched for sale, and nearly 30 years after the Reagan administration invited the Royal Air Force entry into the then hyper-elite stealth combat aircraft secret society.

It’s yet another colorful and intriguing facet of a program that still fascinates the mind over forty years after the competition to build the first flying stealth aircraft officially begun. 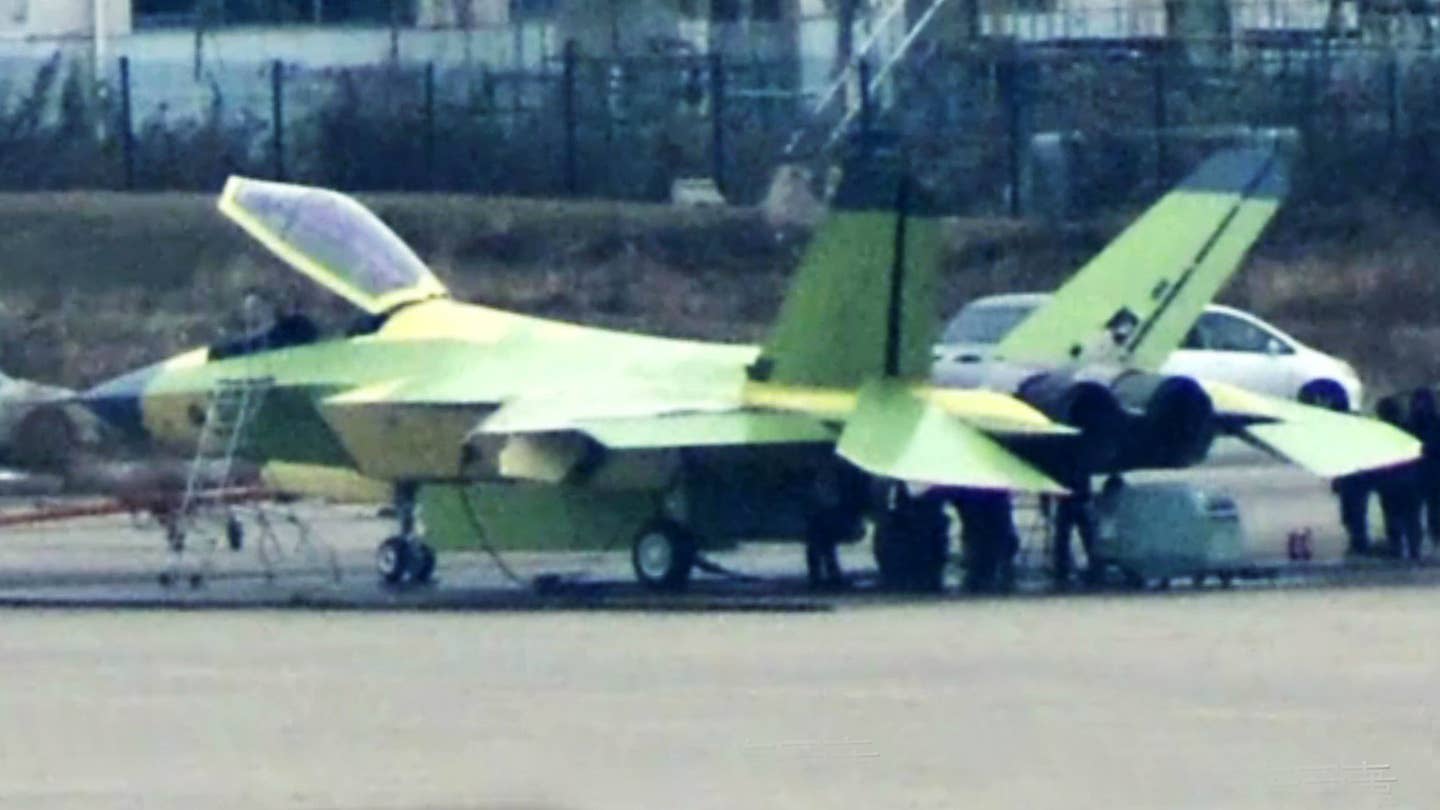