The low-level route is known by quite a few different names including Rainbow Canyon, Star Wars Canyon and the Jedi Transition, and it has become a mecca for aviation photographers looking to catch some of the world’s most advanced combat aircraft while maneuvering fast and hard before a dramatic rock backdrop. Now the F-35 Joint Strike Fighter, many of which are based nearby at Edwards AFB, has been caught down in the weeds, or rocks for that matter, at the famous locale.

You can read all about the Jedi Transition here, but suffice it to say that on any given weekday it becomes a virtual grab bag of military aircraft ranging from search and rescue helicopters to air guzzling Harriers. In many ways the place has become the Mach Loop of the US, and even fighter pilots have gotten into act of capturing their flights through the canyon from inside the cockpit, even putting new 360 video capture technology to use in the process.

Last week aviation photographer Mark Von Raesfeld was perched high up on the south side of the canyon as a Dutch F-35A made a series of low and fast passes deep into the canyon, and the results were stunning.

“I started out Monday getting up early after two full days of airplane heaven at Aviation Nation.  I left Vegas at 5AM for the drive to Star Wars Canyon.  After parking, hiking out, and setting up I was ready!  So I waited, and waited, and waited some more.  During this time the quiet was broken at various times by the rumble of jets.  All the photographers would jump up and get ready, but nothing.  Every once in awhile I'd catch a glimpse of a Hornet up high, but that was it.

Finally at 11:00am the drought was broken.

After hearing rumbling in the area, an F-35 popped out from behind the rocks to the east, very low and very fast.  He was in and out of sight in a matter of seconds. Wow! This is the first time I've seen an F-35 out there. I start checking my shots... Not a single decent click. I blew it!  My first F-35 turns out to be from the Royal Netherlands Air Force and I missed it!

I sat and waited until 1:26PM. High above an F-35 was working it's way down.  My chance at redemption? Yes! In from the west a F-35 dropped into the canyon! The pass was another low and fast one. I checked the camera... Yes! I got it."

"If the day was to end right then I would have been happy, but there was more. Just minutes later two F-16s from the South Dakota Air National Guard made a run."

"At 2:30 the Joint Strike Fighter support F-16BM from the Royal Danish Air Force treated us to three passes."

"The guy in the back of the F-16 was snapping shots of the ride. Us photographers become the subjects so to speak. I hope they got my good side!"

"To top the day off at 2:40 the brightly painted CAG Super Hornet from VX-31 roared through. I hung around and waited for more, but that was it."

"Two days at Aviation Nation and a full day on the canyon, a great three days full of aviation photography.”

A big thanks to Mark Von Raesfeld for sharing these awesome shots. Make sure to check out more of Mark’s work at his website linked here. 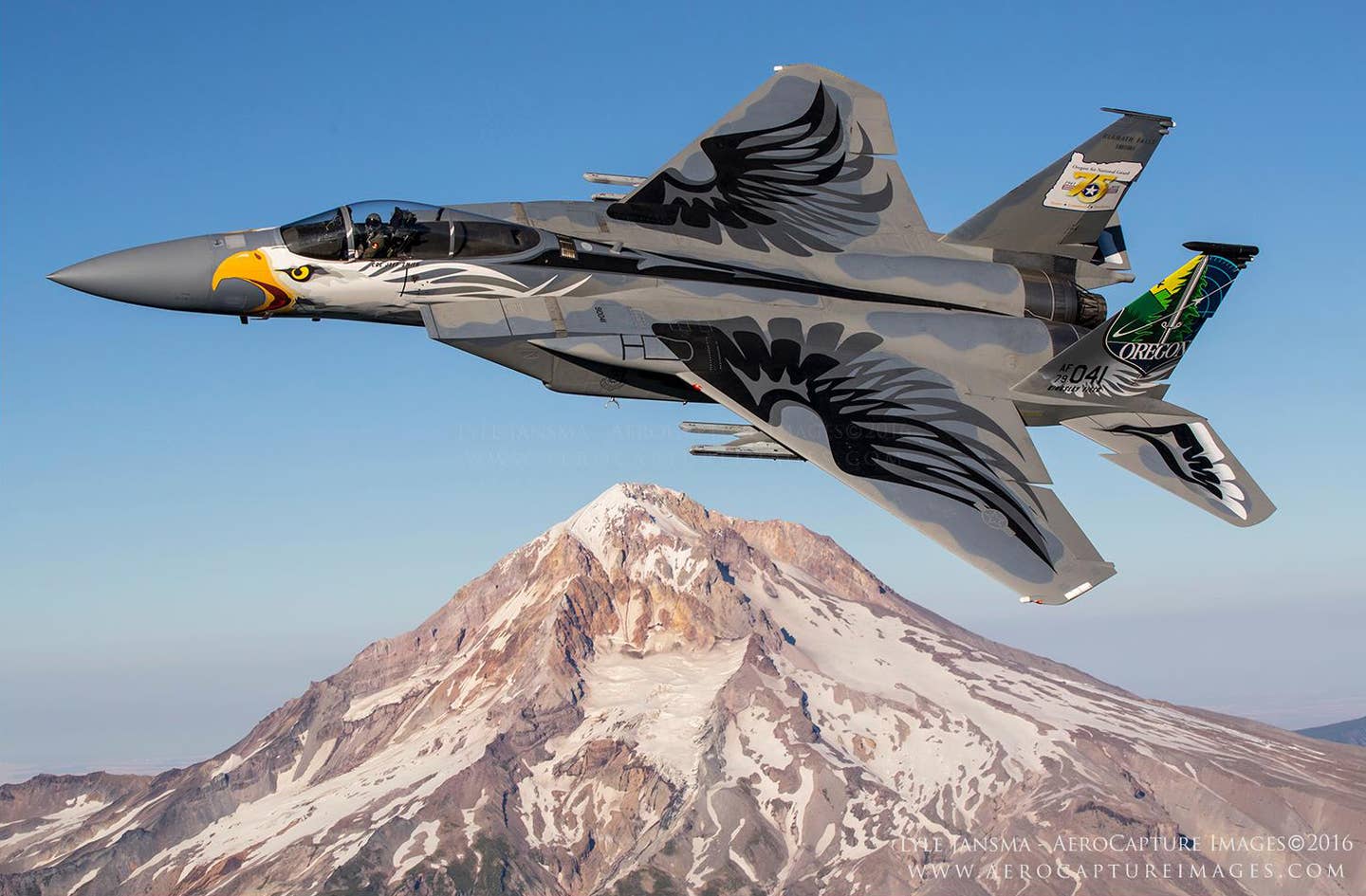 Marking thunder over the Pacific Northwest for three quarters of a century. 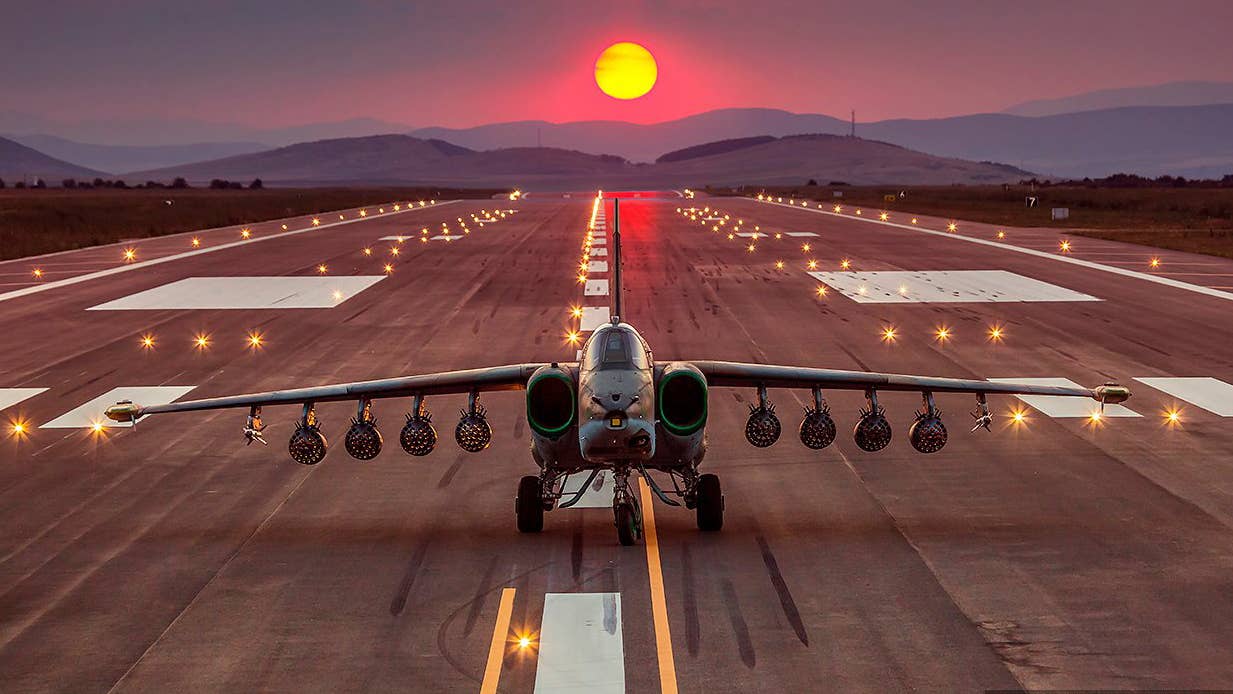 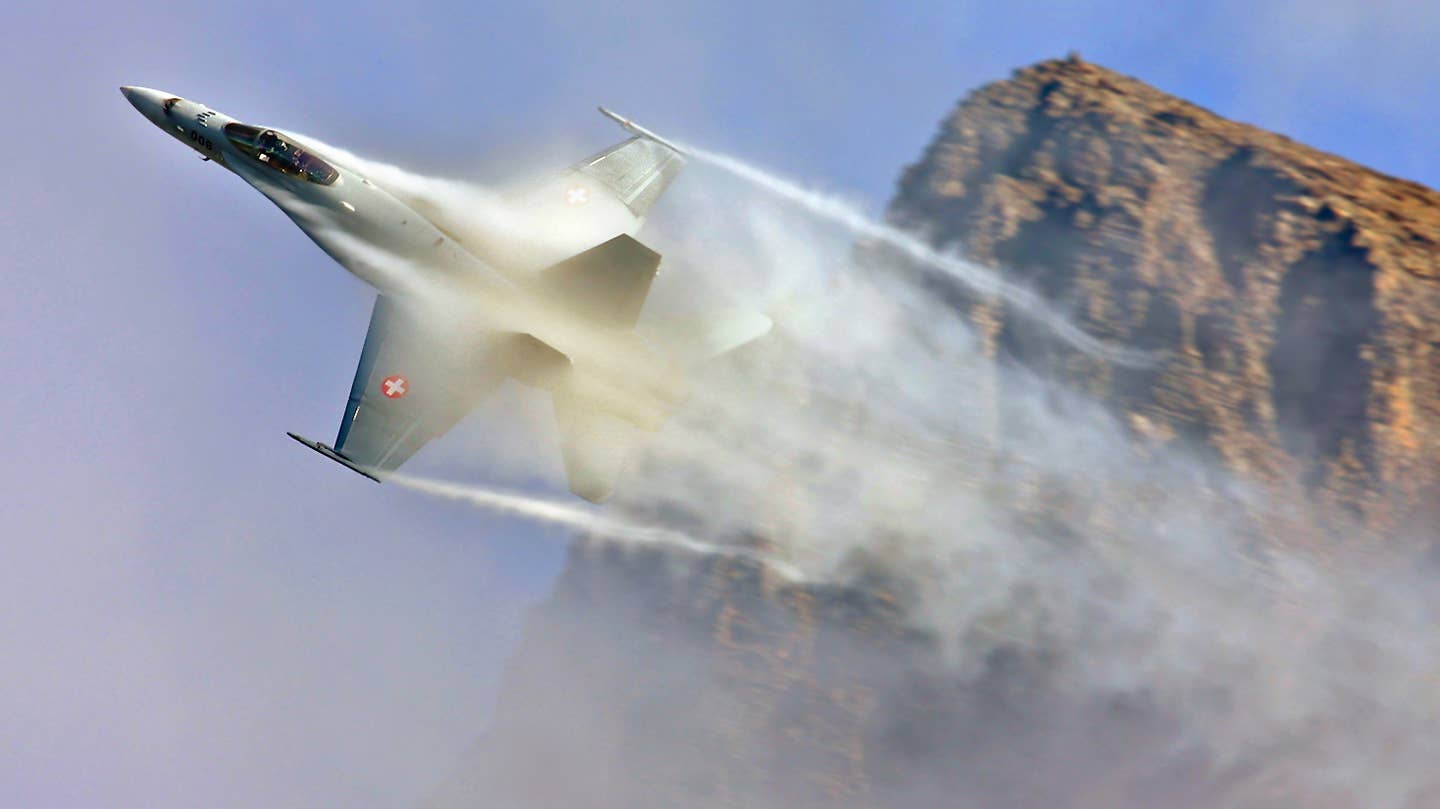