Just as The War Zone predicted, reports are surfacing that Russia’s large naval flotilla, led by the carrier Admiral Kuznetsov, has already had a confrontation with a NATO submarine. Russia’s Ministry of Defense says that two destroyers chased away a Dutch attack submarine that was operating in the armada’s midst. The Russian task force had arrived off Syrian shores just two days ago.

The Kremlin claims the submarine, which is thought to have been a Dutch Walrus class diesel electric boat, maneuvered dangerously close to the Russian naval group’s operating area off the coast of Syria. The Russian Ministry of Defense stated:

“Naval search-and-assault group of large anti-submarine vessels, Severomorsk and Vice-Admiral Kulakov, spotted the diesel-electric submarine of the Netherlands’ Navy, which tried to approach the carrier battle group of the Northern Fleet for monitoring… Russian ships were tracking the Dutch submarine’s maneuvers and forced it to leave the area of the carrier group… Awkward attempts to dangerously maneuver in close proximity to the Russian naval group by the Dutch Navy could lead to serious navigation accidents.”

Russian MoD spokesman Igor Konashenkov also said that the Severomorsk and the Vice-Admiral Kulakov, had "easily identified the submarine 20km [12 miles] away using the standard onboard hydro-acoustics systems and data obtained from anti-submarine helicopters."

BBC reports that NATO says they were monitoring Russian naval forces in a “measured and responsible way” and had been shadowing the Kuznetsov Battle Group for weeks. The submarine in question is very likely HNLMS Walrus, which is the first in its class of the same name. The sub has been seen in the Mediterranean over the past couple months and is likely just one of multiple NATO subs running ops near the Kuznetsov, not to mention Russia’s own nuclear and diesel electric submarines, which are part the large naval task force stationed off Syria.

Walrus and her three sister ships are not exactly new. The Walrus was launched in the mid 1980s, but after an electrical fire the boat had to be rebuilt and commissioned in 1992. This unique class of diesel electric submarines was ahead of its time, since they are fairly large—displacing 2,800 tons—and are capable of medium-range “blue water” operations far from shore. Building large conventionally powered subs capable of blue water operations is again becoming a trend as advances in air-independent propulsion technology have allowed them to reach capabilities approaching and even surpassing those of nuclear fast attack boats—in some respects. Israel even uses larger AIP equipped diesel-electric submarines as a second strike nuclear deterrent platform, and other countries may be planning on doing the same in the not so distant future.

The Walrus class, which features an “x” tailplane configuration and have a unique sail shape, have gone through a deep upgrade recently and are now chocked full of cutting edge systems. These boats are known to be especially capable of spying, including collecting intelligence through electronic eavesdropping.

When the Dutch government was asked about the supposed incident, Defense Minister Jeanine Hennis-Plasschaert stated that she was not going to "go along with the Russian rhetoric."

The Kremlin has stated that it has come across multiple NATO subs during its roughly three week long transit from the Barents Sea to the Eastern Med, including American Virginia class nuclear fast attack boats. This is an unsurprising statement as whether or not Russia can actually detect these submarines’ presence, they can be all but certain that they are shadowing the super-high profile flotilla.

It is possible that the Walrus’s detection was an intentionally staged operation, and that other NATO subs and intelligence collection vessels nearby were monitoring and recording Russia’s anti-submarine tactics. This would include documenting standard operating procedures such as Russian Navy communications, maneuvers and especially electronic and acoustic emissions. It’s not everyday western Navies and intelligence agencies get to monitor such a large Russian flotilla prowling in the warm waters of the Med, one that includes upgraded sub hunting systems that may not be all that well understood by western intelligence agencies.

Meanwhile, it seems that Russia will soon launch an onslaught on Aleppo, as The War Zone predicted. Not only is the largest flotilla Russia has fielded since the Cold War now on station about 60 miles off Syria’s coast, but even more ships continue to be added to the armada. In particular one of Russia’s newest surface combatants, the frigate Admiral Grigorovich, was recently seen passing south through the Bosphorus Strait. Since the spotting, reports state that the ship has joined Russia’s naval task force in the eastern Med.

The frigate, which is the first in its class, packs eight Kalibr cruise missiles. The Kalibr is roughly analogous to older generations of the American RGM-109 Tomahawk Land Attack Missiles and has become a popular weapon during Russia’s air campaign in Syria over the last 13 months. Other ships and submarines in Russia’s battle group can also fire Kalibr missiles. This capability, paired with corvettes capable of firing these missiles from the Caspian Sea, as well as cruise missile-carrying heavy bombers launched from Russian territory, could see targets all over Syria pummeled in a coordinated barrage.

A downright ominous Notice To Airman (NOTAM) has been posted stating that Russia will begin conducting major flight operations and missile firings from 5AM to 9PM at between November 10th through the 15th and from the 17th to the 22nd. Although this warning does not mean airstrikes will start immediately at 5AM local time on the 10th, or at all for that matter, but it does offer a strong indication of what Russia has planned for its battle group in the coming weeks.

Moscow has kept what is largely a unilateral “humanitarian pause” in place in Aleppo since October 18th. The temporary pause in strikes came after Russia was heavy condemned by the international community for its largely indiscriminate dumb-bombing air campaign over the war-torn city. On Monday Russian MoD spokesman Dmitry Peskov said the following about holding back Russian air strikes for the unilateral ceasefire that has been extended day after day by Russia:

“If the rebels don’t resort to offensive actions, to a campaign of aggression, then the president considered it expedient for now to continue the regime, under which the Russian air force does not strike eastern Aleppo.”

This really means nothing as the rebels have continued to fight right through Russia’s hold on bombing operations anyway. At this time, most signs point toward the Kremlin using this time to get its plans in order for a massive coordinated series of strikes on anti-regime targets in Syria. The violence of action will not only be used to crush the enemy’s will to fight, but above all else, it will be a major air, land and sea operation that will showcase old and new Russian warfighting capabilities alike. Not only will such a grand display of military might be good for Russian weapons exports, but if this offensive comes to pass as predicted, it will be the most impressive show of force that Russia has executed since the fall of the Soviet Union. Still, Putin's playbook is wily as can be, and it is possible, although highly improbable, that Russia's big battle group off Syria has a far less eventful deployment than what's anticipated. 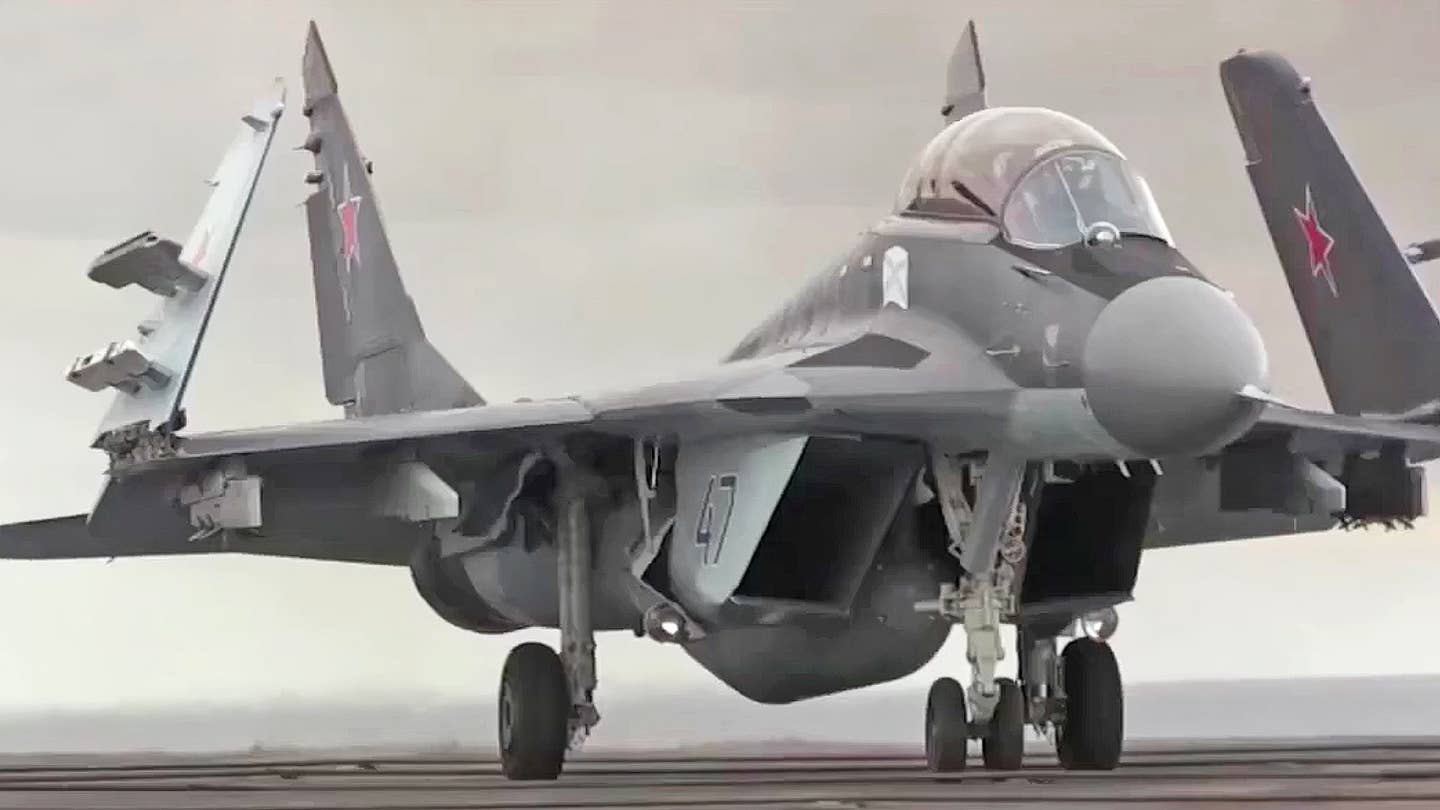