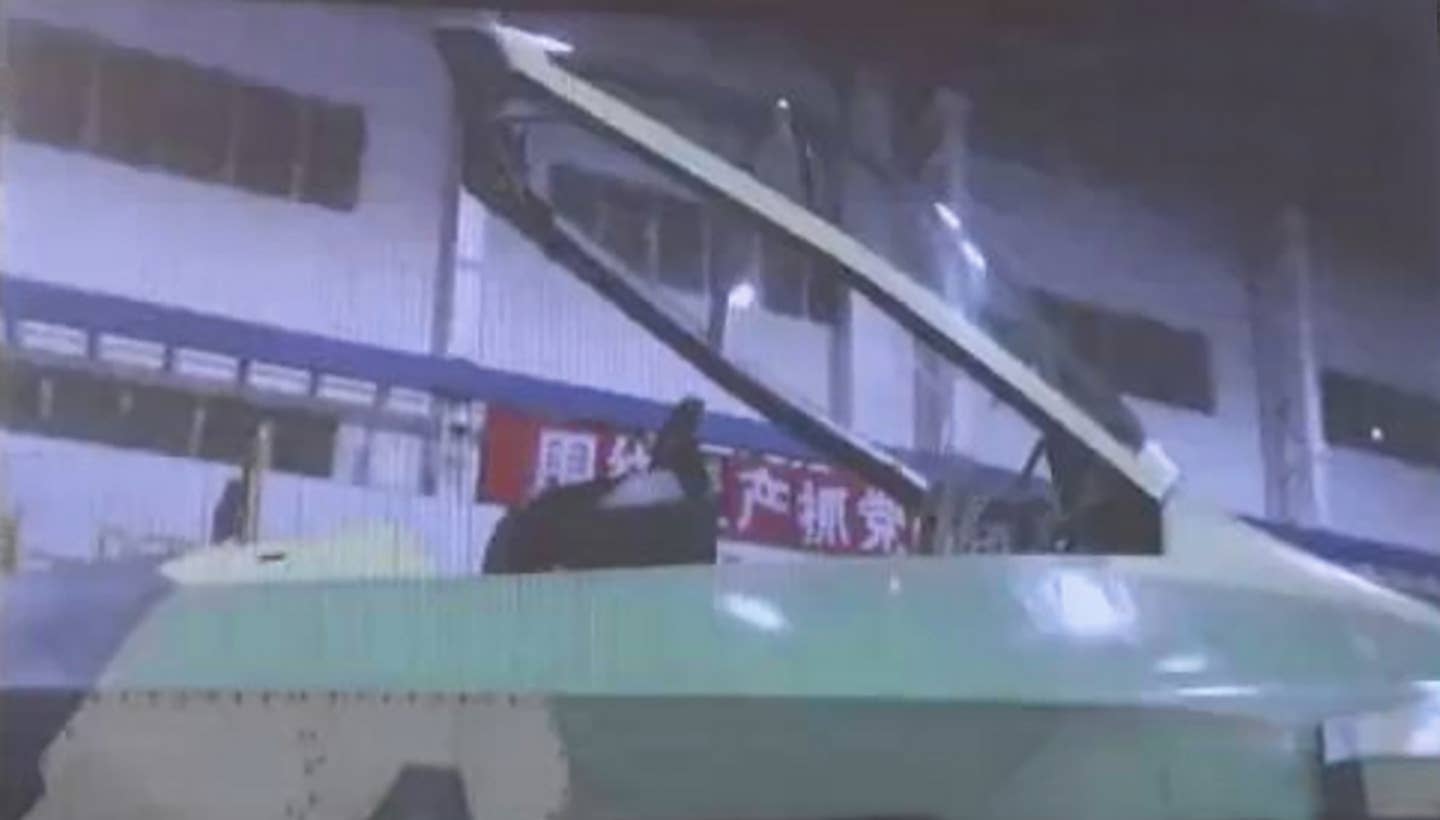 China’s “other” stealth fighter was mysteriously absent at this year’s biennial Zhuhai Air Show after being the star of the show in 2014. There have been rumors that the type was being reworked into a much enhanced iteration, while other rumors have suggested the program has been passed over, with China instead concentrating on a single stealth fighter design—that being the larger J-20. The idea that China would abandon its middleweight stealth fighter program was somewhat laughable, as the jet clearly has high export potential and could help China garner a larger share of the international fighter aircraft market than it does today. Not only that, but there seems to be a clear place for the jet in PLAAF inventory as part of a high-low type stealth fighter capability mix.

Now, a promotional video is being shown on the small screen at the arms expo portion of the Zhuhai Air Show, one that depicts a J-31/FC-31 2.0 of sorts. The somewhat flashy video includes depictions of the aircraft’s various loadouts and even footage of what clearly looks like a flying prototype of this new evolution of the J-31 design being completed.

This new configuration appears to closely match the models that have been displayed at recent weapons expos showing a much more more refined J-31 concept. Included in this updated model are smaller “clipped” and swept vertical tails, a less angular overall appearance, and cleaner surfaces, among other changes. Overall, these modifications appear very similar to those made from the X-35 to the F-35, the YF-22 to the F-22, and even from the J-20 prototype to the more advanced configuration it is flying in today.

The fact that another and updated flying example of the J-31/FC-31 appears to be nearly finished solidifies the notion that China will continue to develop a middleweight stealth fighter, one that will likely be accessible for purchase by nations who do not have access to or cannot afford the F-35. Also, we have an official name and designation for the jet: the Shenyang FC-31 Gyrfalcon.

Check out the images and videos below. (The first video has the beginning, the second includes the end, with some overlap in the middle.)

If AVIC is showing this prototype under construction now, expect a test flight of the jet soon.