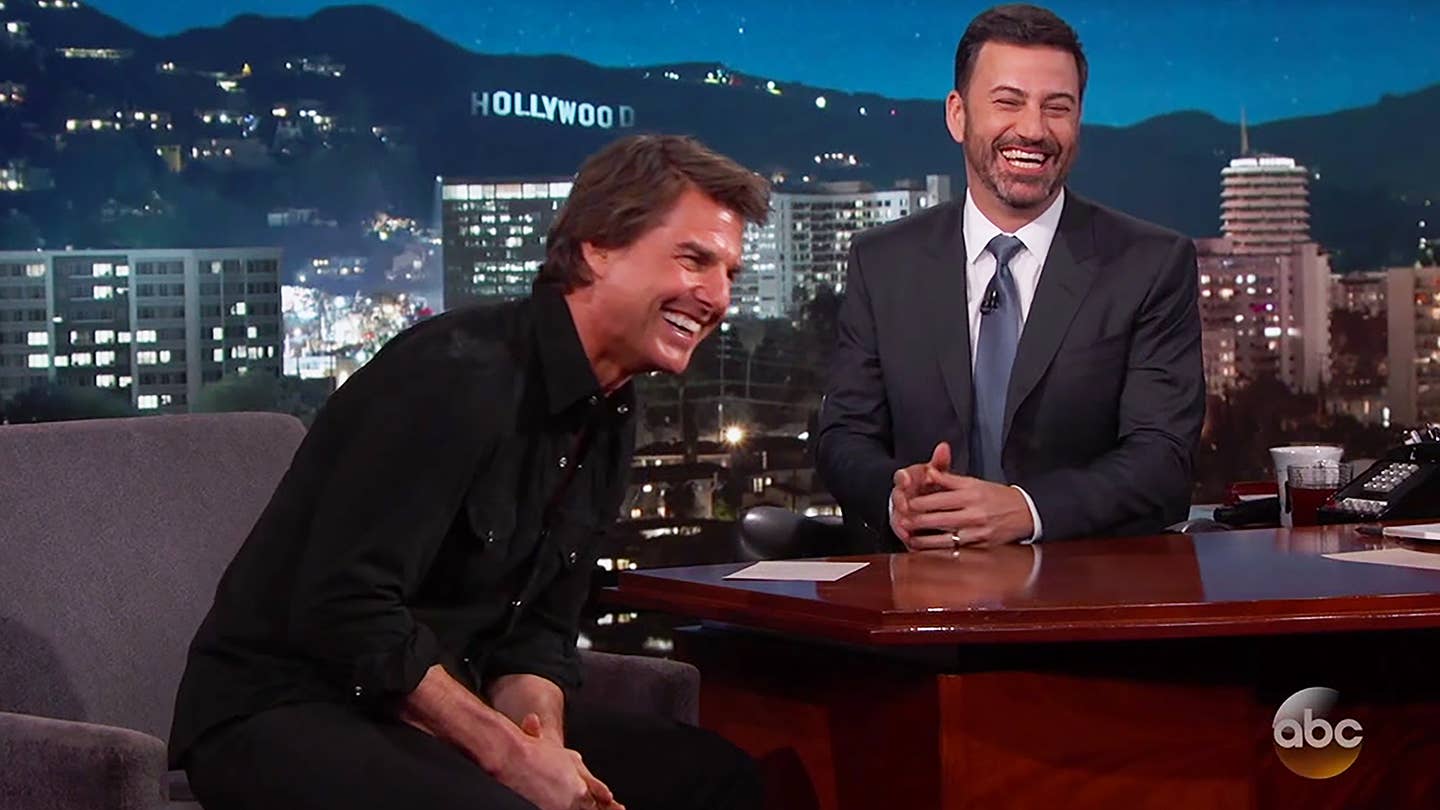 Jimmy Kimmel sat down with Maverick himself this week, and with Kenny Loggins in the house Top Gun immediately came up. Pete Mitchell, or should I say, Tom Cruise, went on to tell some great stories about how he squeezed a few jet rides out of his producers before accepting the role as Maverick. He went on to describe one particularly queasy flight in an F-14 Tomcat with ‘Bozo’ leading the way in F-14’s the front seat.

During some particularly aggressive maneuvers, Cruise, now a pilot himself, learned the crushing power of ‘augmented’ gravity and the colorful sense of humor of Navy pilots of the era.

Make sure to celebrate the 30th anniversary of Top Gun by reading about the recollections of one of the real Topgun instructor pilots that helped make the movie happen.

As for the much hyped but never totally confirmed Top Gun 2, it doesn’t sound like Cruise is 100% in for the project just yet, which last we heard had a script having to do with unmanned combat air vehicles and an older and wiser Pete ‘Maverick’ Mitchell. But still, at least he seems interested–and we totally agree, any sequel ‘just has got to be right.’ Good for Tom for not crapping all over our childhood memories just for the sake of an easy cash-grab!

Take the highway to the danger zone by checking out the clip below: