China’s J-20 has been an internet star for half a decade. It first appeared in late 2010 in grainy photos taken from the fenceline at Chengdu Aircraft Industrial Group’s plant. It first flew just as Secretary of Defense Robert Gates, who long shorted China’s ability to put into operation such an aircraft, was meeting with Chinese officials in Beijing. Since then the jet has made clear progress, with apparent design changes occurring as the aircraft progressed from prototype to pre-production stages. Now the J-20 will follow in the footsteps of its simpler and smaller cousin, the stealthy J-31, and be officially unveiled to the world at the biennial Zhuhai Air Show in Guangdong province.

The J-20’s splinter style scheme is similar to those that have become popular with leading-edge Russian fighter aircraft, but the style has existed for decades in one form or another. American adversary support units have also adopted similar schemes to reflect Russia’s use of it.

Although the J-20 is a remarkable accomplishment for China’s aerospace industry and military, looks can be deceiving. The aircraft clearly integrates a menagerie of design features stolen from the F-22 and F-35, likely a result of incessant hacking of US defense contractors and key human espionage operations. At the same time, it includes some fairly novel design elements of its own, such as the ability to deploy infrared homing missiles outside of its side weapons bays while still minimizing the aircraft’s overall radar signature. Still, its basic design is thought to have been obtained at least partially from the now defunct MiG1.42/1.44 program. Either way, these days a fighter aircraft is more about what lies beneath the surface, or what makes up their surfaces themselves, than just the jet’s shape and outward appearance.

China still lags behind the US in the areas of avionics, radar absorbent material science, and, especially, engine technology. China’s aerial weapons, most notably its air-to-air missiles, are regarded as inferior to its western counterparts in certain ways as well. This is not to say they have not made giant leaps to improve these deficiencies in recent years. Yet the reality is that the J-20 does not have to be as capable as, say, the F-22 in some or any respects to represent a serious threat. This is especially true if China builds these aircraft in significant numbers.

In any foreseeable conflict involving the US, China would be fighting as the home team, on or near their home turf, while American forces would be fighting in an expeditionary manner. One is much harder than the other, especially when fighting an enemy that occupies a large geographical area and has concentrated so heavily on building up its anti-access/area denial capabilities.

This means that even in a war over, say, the Taiwan Strait, China will be able to field massive amounts of air power in a persistent manner, while the US will struggle to keep a handful of combat fighters over the battlefield. Not just that, but these fighters can only carry a limited amount of air-to-air missiles, and are dependent on being within a few hundred miles of very unstealthy and vulnerable tanker aircraft.

America’s highly networked aerial forces also operate best when various support assets are present, including lumbering airborne early warning and control aircraft, flying battlefield connectivity nodes, and a whole menu of other intelligence, surveillance and reconnaissance (ISR) aircraft. All of these are vulnerable to attack without a thick fighter counter-air screen in place. But even such a screen can fend off only so many incoming targets over a limited area, and China has the ability to overwhelm that force with a mix of very low-end aerial assets (drones converted from surplus fighter planes, cruise missiles, etc) and very high-end assets (Su-35, J-11, J-20 etc)—and everything in between.

During a Chinese aerial onslaught, some enemy aircraft are likely to leak through as America’s overwhelmed fighters assigned to the counter-air mission have their magazines run dry and fuel states diminished, leaving the critical support assets vulnerable to attack.

China has taken America’s so called “tanker addiction” into account with the design of the J-20. The aircraft is likely not nearly as maneuverable as the F-22, and the maneuverability it has largely comes from low wing loading and its canard foreplanes, which likely increase its radar cross-section considerably and degrade its kinematic performance. But this jet is not really made to tangle with America’s top fighter. It is meant to range out over relatively long distances without tanker aircraft nearby and attack America’s air combat force where it hurts the most: its tankers, AWACs aircraft and other support aircraft. It is easier to take out a couple divisions of F-22s by taking out their tanker than taking them on directly, and China understands this well. The J-20 will also likely become armed with missiles tailored to its new role, including intermediate-range infrared-guided missiles that are capable of engaging aircraft with stealthy qualities, and medium to long-range anti-radiation missiles that can target American AWACs aircraft.

The crazy thing is that in nearly six years, my analysis of the J-20 has remained the same. While some experts were calling the jet a bomber, I felt it was absolutely clear what China was building and why. It was an attack dog, bred to bite at the USAF’s achilles heel, its fighters’ addiction to support aircraft, namely tankers, not just another competing stealthy fighter.

In the Spring of 2011 I wrote the following, among other things, about the J-20 (you can read the whole article here):

“What the J-20 Black Eagle, as China refers to its new fighter, is not is an exact copy of anything. It is a semi-indigenous design that utilizes a tremendous amount of “lifted” concepts and technologies, but not a copy of a single weapon system as a whole, which is amazing. It is well-known that China has used human espionage in the past, learning many of the B-2 stealth bomber design secrets. Further, it is known that they stole terabytes of design information on the F-35 via hacking, much of which seems to be present in this aircraft design. There is also little doubt that they were able to examine the stealth Blackhawk tail lost in the Bin Laden raid and were surely allowed to take a sample of its prized radar absorbent material, one of the areas that China is known to be lacking in the most. So yes China has no doubtingly stolen intellectual property to build this machine, but they did not copy one design as a whole, which is an accomplishment in itself.

When it comes to capability this author believes China was absolutely brilliant in their design philosophy. The fighter is much larger than the F-22 for good reason, I believe this aircraft is very similar in concept to the YF-23, the loser to the F-22 during the ATF competition. The YF-23 was not as maneuverable as the F-22 but it was very fast and it had much more internal volume for gas. It was as much an interceptor as it was a fighter, whereas the F-22 could out-turn anything in the sky but it would be running its tanks empty fairly quickly in the process.

Here is why this is brilliant: The Chinese know they cannot outperform our F-22 in any respect, but what the J-20 lacks in relative speed (it can probably still supercruise just closer to mach 1 as opposed to mach 2), stealth and most importantly maneuverability it makes up for in gas. In a conflict over Taiwan our aircraft would be forced to fly enormous distances using very unstealthy tankers and supporting command and control aircraft. So although the F-22s are invisible their tankers and support aircraft are not. Plus the F-22 requires fuel often, making it have to run back and forth to the tanker to stay on station and with only 187 examples planned this would only leave a handful, maybe a few dozen deployable for combat operations at any given time. Other US tactical aircraft would be operating from aircraft carriers, which are now vulnerable do to Chinese anti ship ballistic missiles.

So what China did was they built an aircraft that could swarm or evade a thin line of thirsty F-22, destroy any non stealth platforms such as the F-15C and the F/A-18E/Fs if it had to, in effect breaking through to US support assets, mainly the vulnerable tankers and AWACS. It is much easier to shoot down the F-22s tankers and AWACS than the F-22s themselves. If you break America’s netcentric information flow you confuse and blind the fighter force to a degree. If you take out our tankers, you in effect shoot down the whole thirsty fighter force on station at the time. In other words the J-20’s genius is not in its stealth or maneuverability, it's in its range and persistence, able to loiter for long periods of time and poke holes in the US’s tanker dependent defense. Further I believe this aircraft will have a secondary strike capability very similar to the F-22. It would be a very useful weapon in hitting command in control targets or air defense nodes using both direct and standoff weapons. Further, although the J-20 is advanced it surely does not cost the hundreds of millions of dollars that an F-22 does, so they would be, to a limited degree, expendable.

This is a relevant strategy that balances capability and cost with acceptable expendability. This also makes sense as China’s avionics are not on par with the US, especially when it comes to AESA radar technology and sensor fusion, so there is a capability differential here that will result in lopsided losses. But remember it is about breaking through to the support assets not about taking the US fighter forces on directly, so planned attrition is a relevant tactic here.

In the end yes China’s ingenuity is startling, whether this is a pre-production aircraft or even a technology demonstrator, but what is even more surprising is the brilliant strategy behind this machine’s design and even more startling is how apparent its mission appears to be...”

Now, as we've entered the latter half of the decade, we are likely to see China declare the J-20 operational by 2018 and begin churning them out in significant quantities. In fact, many believe the aircraft has already entered low-rate initial production (LRIP). With years of developmental testing under its belt, and having just completed testing in the high elevations around Tibet, the jet will continue its development evolution as it hits China's flight test centers as well as the front lines. But above all, China will have its operational stealth fighter—and an impressive one at that—formally introduced to the world on November 1st in Zhuhai. 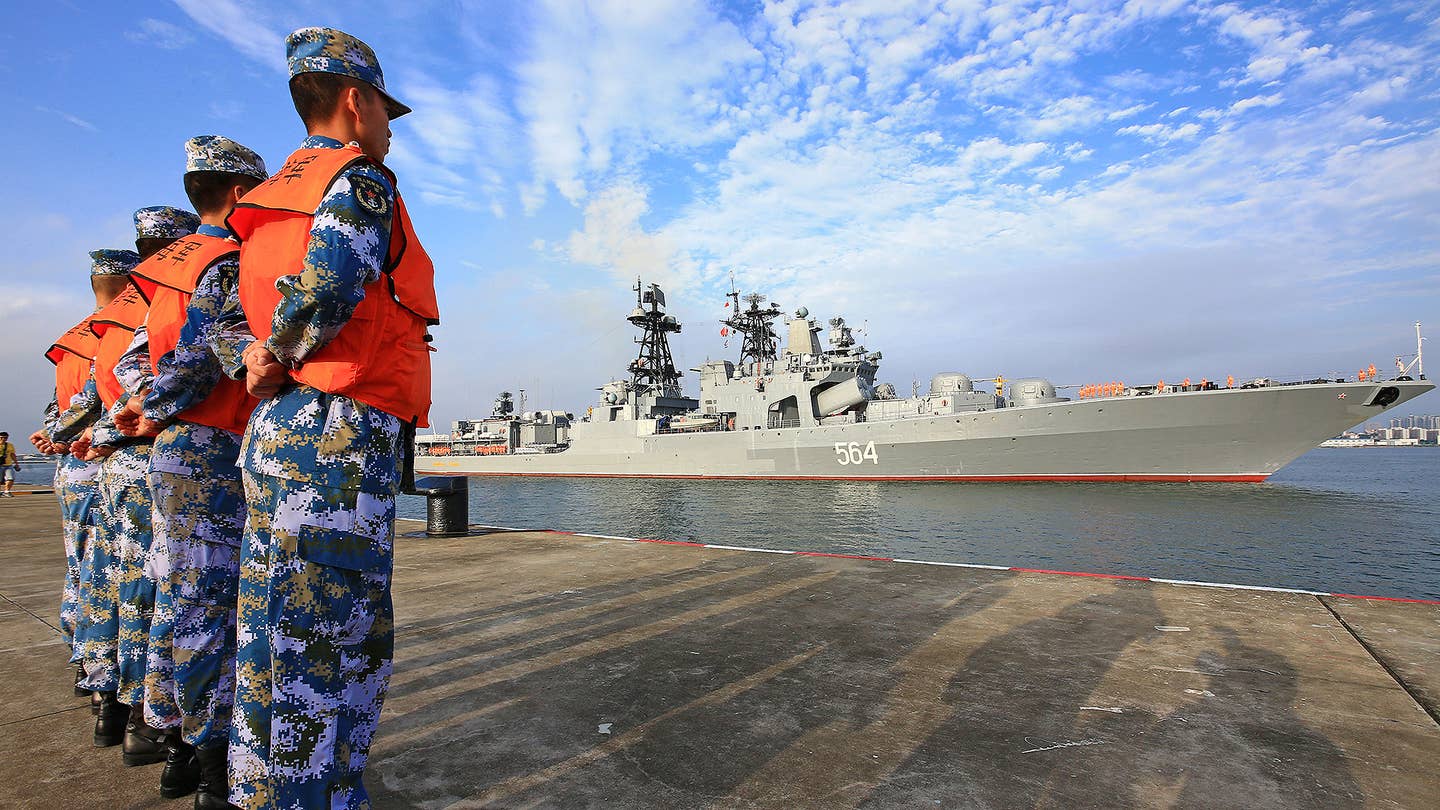