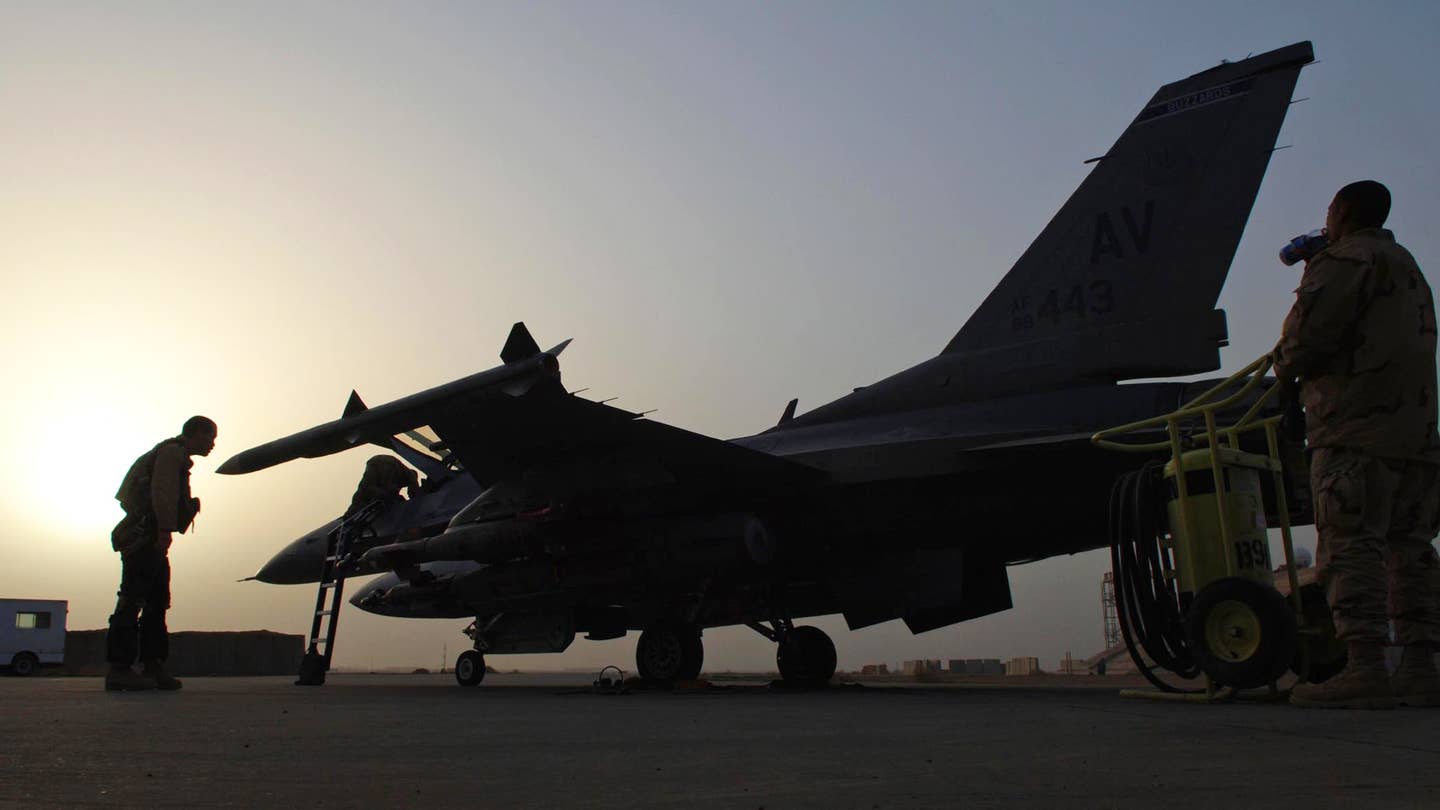 African Command has noted that F-16CMs from the 31st Fighter Wing, based at Aviano Air Base in Italy, have arrived at Camp Lemonnier in Djibouti. The deployment, supported by KC-135R tankers from RAF Mildenhall, was said to be in response to increased threats to American lives in South Sudan. But now, in light of the recent events in Red Sea, those F-16s and their very close proximity to Yemen have taken on greater significance.

For over a decade, Camp Lemonnier has hosted American aircraft, including drones, transports, surveillance, special operations and maritime patrol aircraft, even small contingents of fighters and attack helicopters have spent time at the airfield. It has even been home to aircraft whose ownership could not be readily identified. During America’s anti-Al Qaeda operations above Yemen, unmanned and manned fighter aircraft alike executed pinpoint strikes on high-value targets allied with the terror group. Since the Yemeni civil war began, and with a new drone base going operational in Saudi Arabia just miles from Yemen’s northern border, these operations out of Camp Lemonnier have tapered off, while operations over Africa have picked up.

The base has been under constant expansion since Americans arrived and until recently it featured very tight quarters for aircraft temporarily deployed there. The construction of a massive new apron on the east end of the base was completed in early 2015, greatly increasing the installation’s ability to sustain larger deployments of tactical aircraft and their support aircraft.

With the arrival of F-16s and tankers in the theatre, the African outpost has seriously upped its offensive capability. And that capability may very well be needed in for two international flash-points, not just one.

Stars And Stripes reports that the deployment came at the direct request of the State Department in response to growing unrest in the South Sudanese capital of Juba. The F-16s, along with special operations support helicopters and combat teams could rapidly respond to any scenarios that threaten US installations and personnel in the country. This could include a full evacuation of American citizens from South Sudan. Just last week 60 people died in clashes between the government and rebel forces, and it seems a full-scale civil war could erupt at any moment.

Last July, after US diplomatic vehicles were fired upon, President Obama ordered 50 troops and a bevy of support assets into the region to partially evacuate the US embassy in Juba, as government tanks rolled through the streets and helicopter gunships orbited overhead. Many of those same assets have stayed in the region, and are now further augmented by the Vipers from Aviano.

Just to the north of Camp Lemonnier is another hotspot, one where the US has recently become involved in the shooting. On Wednesday the US Navy destroyer USS Nitze fired three Tomahawk cruise missiles at surface surveillance radar sites positioned along Yemen’s Red Sea coast. The strike was in retaliation to two separate series of anti-ship missile attacks on USS Mason and USS Ponce, both of which are patrolling the waters near the strategic Mandeb Strait along with USS Nitze.

The American flotilla’s presence off Yemen was spurred by the successful attack by Iranian-backed Houthi rebels on the UAE operated HSV-2 Swift, a high-speed logistics ship that once belonged to the Navy. Now, in response to USS Nitze’s fairly benign retaliatory strike on the rebel controlled radar sites, Iran has deployed a frigate and support ship to the region. What these ships intend to do once on station remains somewhat unclear.

Although the Obama Administration clearly does not want to get into another bombing campaign in the Middle East, the Pentagon has made it clear that if there are any more threatening acts against their ships they would retaliate, and would likely do so in an overwhelming way. There have been rumors that Houthi rebel boats that have been used as spotters for anti-ship missile attacks and for harassing vessels transiting the Strait will be on the next retaliatory target list, along with the missiles themselves,

These types of strikes are more suited for airpower than traditional naval power. Even Wednesday’s attacks on the radar sites could have been better served by F-16s than cruise missiles. Now that these jets are based just 225 miles from Al Hudaydah, where much of the anti-ship missile activity has supposedly been emanating from, they would likely be used in another round of reprisal strikes. Still, having a ship from the same flotilla of Navy vessels that were attacked respond with force has its own deterrence value.

Now we will have to wait and see if any other American military hardware shows up in the region, and if Houthi rebels will brave yet another anti-ship missile attack on a vessel transiting or patrolling the area.