The stakes are rising around the Mandeb Strait. 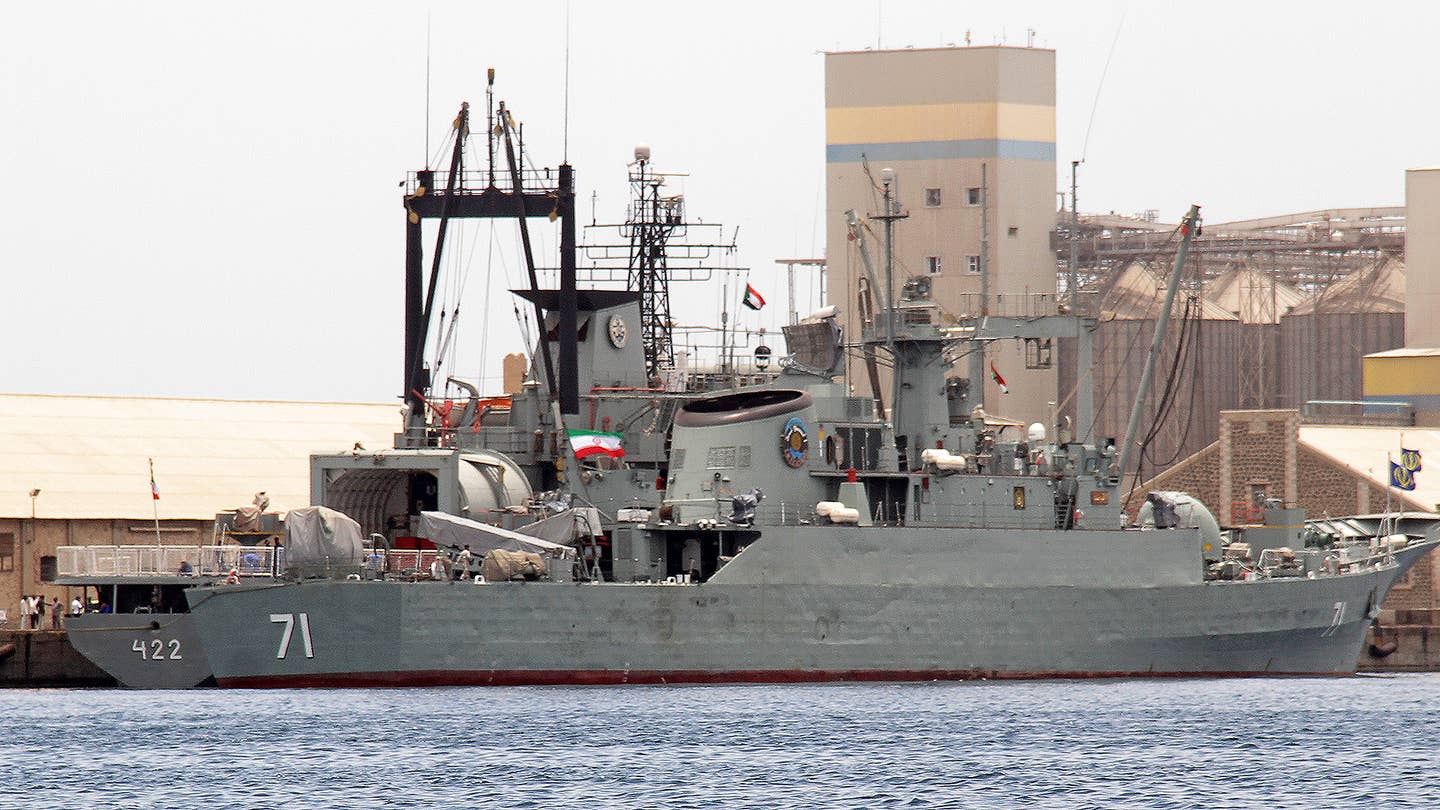 Iran has dispatched two ships to patrol the seas around Yemen following a retaliatory cruise missile strike by the US Navy. The strikes against Iranian-backed Houthi rebel controlled radar sites came in response to multiple anti-ship attacks on US warships patrolling the Red Sea near the Mandeb Strait.

Reports suggest that the two ships Iran has sent into the theatre are the Alvand and the Bushehr. The nearly 50 year old Alvand is the first in her class of four similar frigates, all built in the UK. Three remain in service and one was sunk by the US Navy during the Tanker Wars of the 1980s. Her main armament consists of the same C-802/Noor anti-ship missiles suspected to have been used in the recent attacks in the Red Sea. She also has a 4.5 inch gun, various smaller guns, and is capable of anti-submarine operations with mortars and six torpedo tubes. The Iranian Moudge class frigate is a larger, indigenously built version of the Alvand class.

Bushehr is a 4,500 ton displacement Bandar Abbas class supply ship. She was also built 45 years ago in Germany and only carries minimal defensive armament, although it seems as if the ship is used for patrols as well as resupplying Iranian surface combatants and conveying cargo. A helicopter hangar enclosure can be seen on the ship’s flight deck, and it appears to be capable of housing a single helicopter.

Iran’s exact goal in deploying these ships is unclear. The two vessels are supposedly going to patrol the Gulf of Aden, located on the eastern side of the Mandeb Strait. The US Navy vessels that have been attacked in recent days were patrolling on the opposite side of the strait, in the southern end of Red Sea. The Arleigh Burke class destroyer USS Nitze–the same ship that fired the three Tomahawk cruise missiles last night–may be operating in the Gulf of Aden, as its location in the region over the last few days remains unclear.

Semi-official Iranian state news agency Tasnim has stated that the Iranian ships will “protect trade vessels.” Whether this is an attempt to mirror the US mission in the region or if this is a sign that Iran will attempt a resupply convoy is unclear. A similar showdown occurred a year and a half ago, with a US Carrier Strike Group staring down an inbound Iranian naval convoy. The Iranians turned around and the possibility of armed conflict was avoided. Iran has sent flotillas into the area on anti-piracy missions in the past, but that seems to have nothing to do with this latest deployment.

Is this an ominous sign, or just good contingency training?