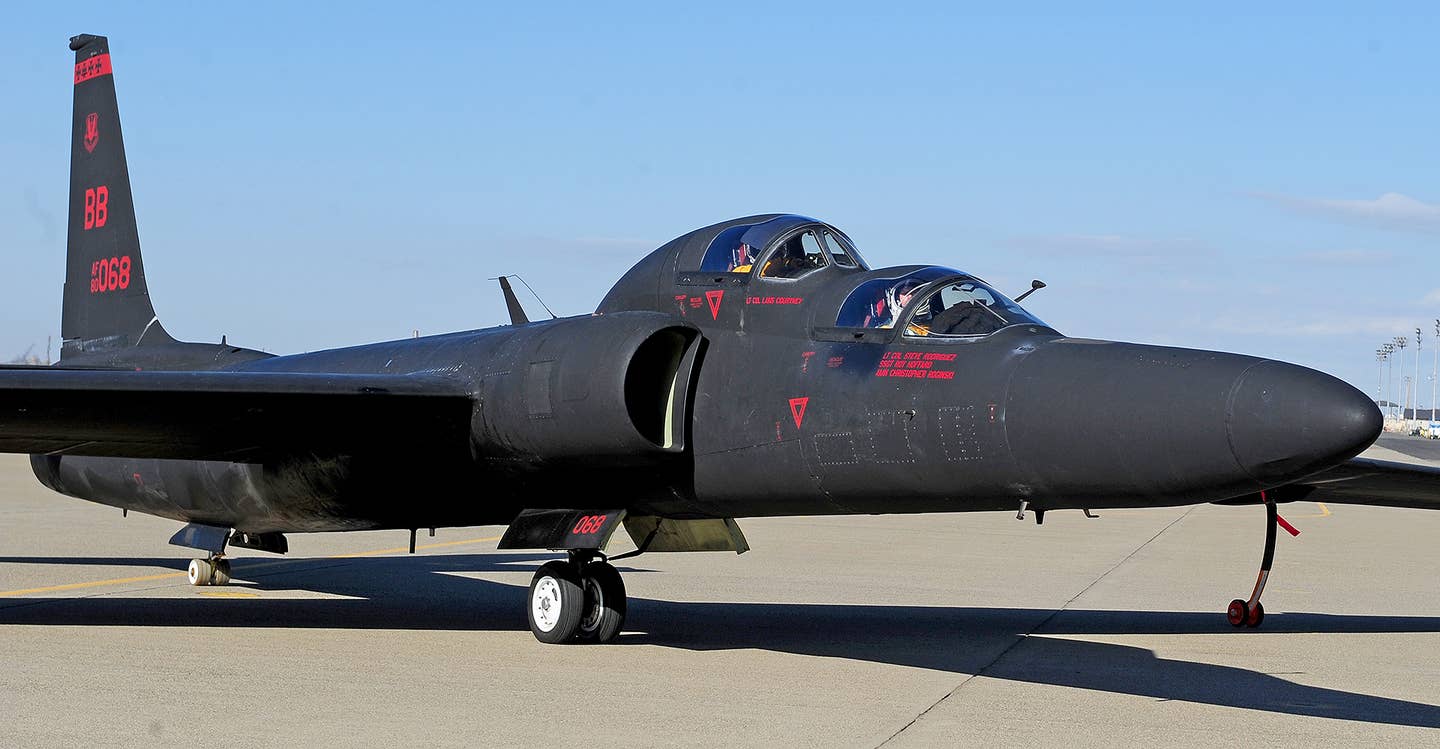 A TU-2S out of Beale AFB crashed in Sutter County, California, located about 50 miles southeast of Sacremento, at around 9AM today. Witnesses spotted three parachutes floating toward the ground following the jet’s impact. Two of the chutes appeared to have pilots in them and the third was thought to be carrying equipment of some kind. Both pilots were picked up among the wreckage of the aircraft, although the USAF has not released any info on their condition.

The USAF operates a small fleet of around 33 U-2s in many unique configurations. The two seat TU-2S, which are essential for teaching new U-2 pilots how to safely fly and land the exotic aircraft, are much rarer. Only five of the aircraft are supposedly active within the USAF’s inventory, and fewer are likely serviceable at any given time.

The U-2 program has been on the edge of extinction for years as the RQ-4 Global Hawk has slowly matured into an aircraft capable of taking over the Dragon Lady’s duties. Currently, the fleet’s sundown is scheduled for 2019, though that could change as it has in the past. Additionally, Lockheed’s Skunk Works, which designed the U-2 nearly 60 years ago, is actively working at retooling the manned U-2 fleet into an unmanned and stealthy penetrating information, surveillance and reconnaissance (ISR) platform that could directly compete with the Global Hawk and other classified unmanned programs.

Although U-2 crashes are rare, there have been many close calls during operations around the globe. 20 years ago another Dragon Lady crashed in Oroville, California. The aircraft burst into flames before careening into the parking lot of a local newspaper, killing the pilot and a bystander on the ground.

We will keep keep this post updated as more information becomes available.

UPDATE: 12:40PST- Here is an aerial view of the crash sight. As you can see the jet is burnt and shattered. A brush fire has started up as well which may complicate recovery and investigation efforts.

UPDATE: 1:29PST- I hate to write this but the LA Times reports that one of the U-2 pilots is dead. We are still awaiting secondary confirmation from the USAF.

UPDATE: 1:50PST- Video of the crash has emerged (click here to watch this amazing footage). It shows not only the crew's parachutes but the TU-2S plummeting into the ground while in a flat spint.

UPDATE: 2:22PST- Here is a close-up photo of the crash scene:

UPDATE: 7:46AM PST- The USAF has confirmed that one of the pilots died and that the U-2's flight was totally routine up until it suddenly plummeted to the ground.