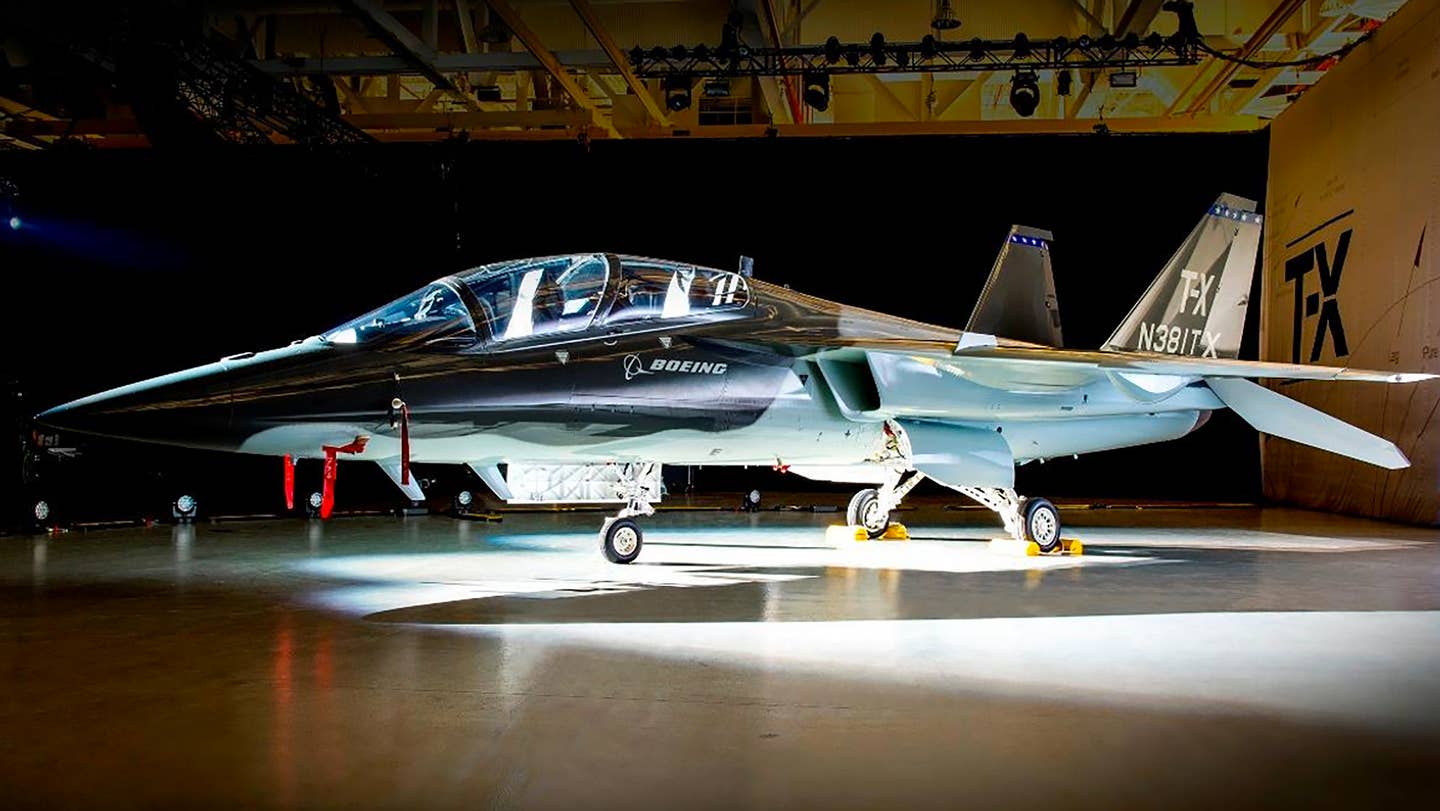 The Boeing and Saab consortium rolled out its clean-sheet design for the highly prized T-X contract, one that will include orders for hundreds of jets that will serve for decades as replacements for the USAF’s venerable T-38 Talon—and possibly in other roles as well.

The glitzy unveiling happened at Boeing’s historic St. Louis plant, where the Super Hornet and the Strike Eagle are built. For Boeing, winning the T-X could be critical to keeping the St. Louis, as well as its tactical aircraft business, afloat: orders for Boeing's 4th generation fighter products are winding down, and the aerospace giant lost the Long-Range Strike Bomber contract to Northrop Grumman last year.

There will be little debate over this new aircraft’s appearance—it looks pretty awesome. In fact it reminds me a lot of the BD-10 actually.

Saab’s involvement not only lowered Boeing’s overall financial risk, but also clearly injected an independent perspective into the design. The Swedish company has built some amazing aircraft over the years, reliable, sturdy and cheap to operate. It found an export success with the JAS-39 Gripen, which itself relies on a licensed derivative of the same powerplant as the one in Lockheed-KAI’s T-50 and in Northrop’s clean-sheet design. That engine is the GE-F404 turbofan.

Boeing and Saab’s new design has large control surfaces, huge leading-edge root extensions, a landing gear configuration reminiscent of the F-16, a large bubble canopy, a nose that looks like it could easily accommodate a radar, and a pair of air inlets attached below a high-set swept-wing. It looks more in the class of Lockheed’s T-50, a muti-role light fighter as much as a trainer, than the Raytheon-Alenia M346 or Northrop Grumman’s Model 400. The design also looks as if it will be extremely agile, even at low-speeds.

The USAF will award extra points for extra capabilities beyond the baseline T-X requirements. But this will be balanced against overall cost, and high-end clean sheet designs may have trouble competing against more mature designs.

Meanwhile, Lockheed has released a new promotional action video of its T-X entrant, a jet they claim will be the ideal synergistic bridge for USAF pilots between primary flight training and the manning of cutting-edge, 5th generation aircraft like the F-35 and F-22.

Northrop Grumman still has to ‘officially’ unveil its design early next year, likely in a similar high-profile ceremony like the one Boeing executed today, although detailed images of the aircraft and some info on it have already emerged. But now that all four competitors have been seen, the competition, and the propaganda surrounding it, will surely heat up. At this time the T-X contract is to be awarded in 2017 and initial operational capability is slated for 2024.