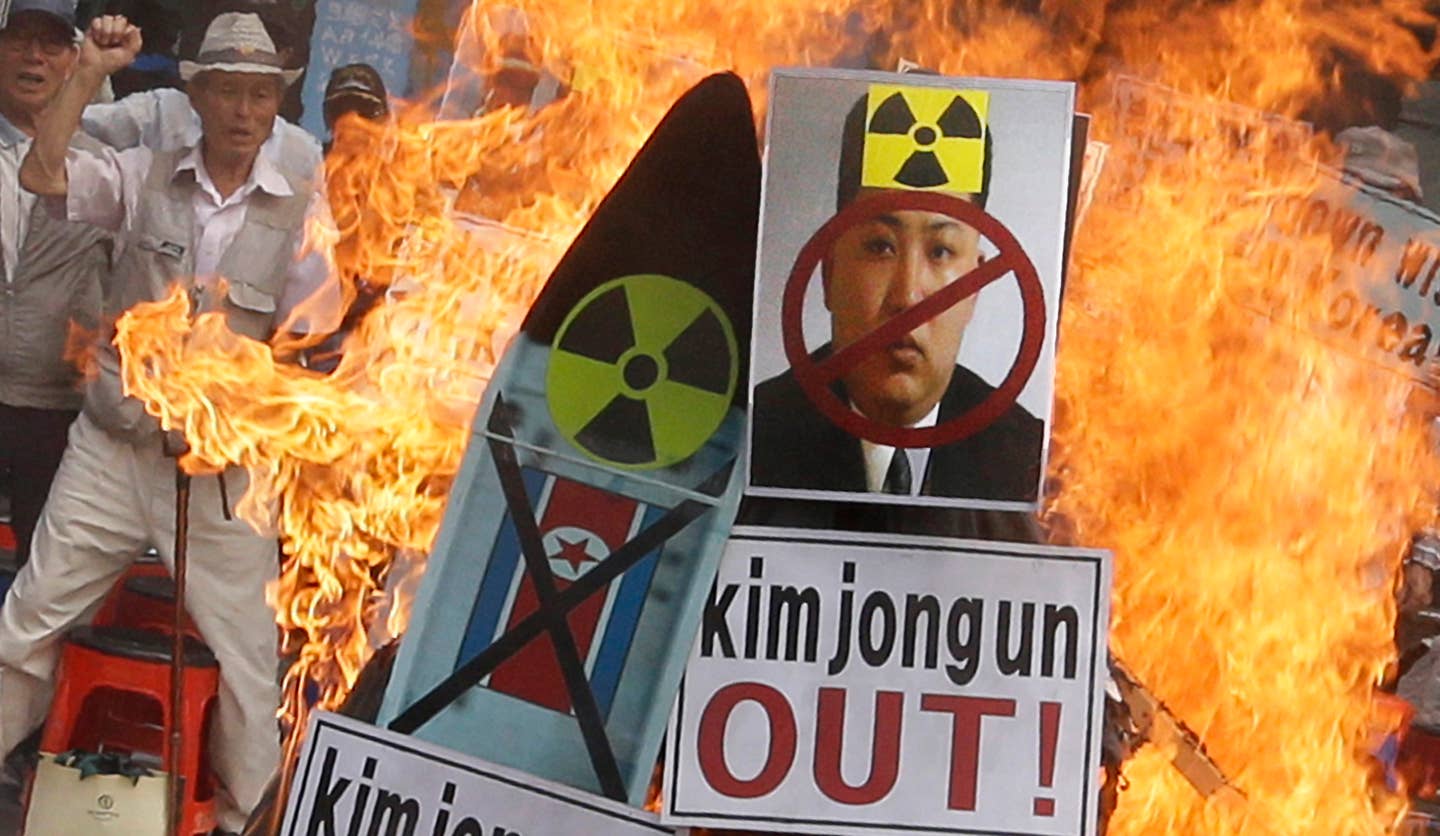 South Korea has developed a merciless strategy to attack the heart of Kim Jong Un’s regime if a nuclear attack was imminent. The plan would call for a massive barrage of ballistic missiles, cruise missiles and bombs to rain down on Pyongyang. No known targets where regime figureheads—including Kim Jong Un—could be hiding would be left untouched.

"Every Pyongyang district, particularly where the North Korean leadership is possibly hidden, will be completely destroyed by ballistic missiles and high-explosive shells as soon as the North shows any signs of using a nuclear weapon. In other words, the North's capital city will be reduced to ashes and removed from the map."

This preemptive decapitation strike, dubbed “Korea Massive Punishment and Retaliation,” or KMPR for short, was presented last week to the South Korean National Assembly following North Korea’s fifth nuclear weapons test, the most powerful since executing its first test a decade ago. North Korea also claims that this test was of a miniaturized nuclear warhead capable of being mounted on a ballistic missile.

The KMPR calls for a mindboggling variety of weapons, including the indigenously developed Hyunmoo 2A and 2B ballistic missiles. North Korea has no defenses against these Hyunmoos and they can be launched and arrive on target very quickly—especially compared to fighter aircraft. The high-speed of their warheads also makes them attractive for attacking bunkers and other hardened facilities. Also mentioned in the plan are Hyunmoo 3 cruise missiles, which can be launched by land-based and sea-based platforms.

This concept makes sense, since it focuses South Korea’s conventional, quick-response striking power where it will hurt the North Korean regime the most. It puts Jong Un's survival at risk should he and his generals even attempt to use their growing nuclear arsenal. This aggressive new war plan could also bolster South Korea’s quiet initiative to outfit their newest submarines with ballistic missiles.

Also mentioned in Yonhap News report is the creation of a special operations division focused exclusively on targeting the heads of the North Korean regime. Increasing the fidelity of high-value target intel—the sort of intel Spec Ops would provide—makes these conventionally armed submarine-launched ballistic missiles an even more credible deterrent.

On the other hand, this plan underlines the limitations of conventional weapons when faced with a threat by a nuclear armed power—especially one that is extremely unpredictable and almost totally isolated from external geopolitical influences.

As North Korea’s nuclear and missile programs gain momentum—and the marriage between warhead and delivery system is more or less proven reliable—South Korea will have to chose to keep with its conventionally-armed strategy or develop its own nuclear arsenal as a persistent deterrent.

Were South Korea to go with its own nuclear arsenal, the potential loss of forward-deployed American combat aircraft and a division of ground troops and armor would be a major blow to its conventional fighting capability. Just today, the USAF was supposed to send a pair of B-1B bombers over South Korea—an all too regular affair that follows after a North Korean provocation such as last week's nuke test. We predicted that some of the B-1s stationing temporarily on Guam would show up in Korean skies at some point during their stay there.

The vast array capabilities, like the B-1, that the US military offers South Korea is undeniable. Yet the sovereignty and security that a robust nuclear deterrent offers may make such a large conventional fighting force less relevant. As time goes on, and the threat from North Korea metastasizes, a nuclear-capable South Korea will seem increasingly necessary.

Just a decade ago, the very thought of a nuclear-armed South Korea seemed remote at best. But times are changing fast, and long-standing policy is now clashing with the hard reality that a nut with nukes lives just across the northern border. Finally, the Kim regime’s stability has always been in question, and experts don't know who will actually control the North's nuclear weapons if it topples.

All this adds up to a stormy path ahead for South Korea, one that could be wrought with change and strategic risk.