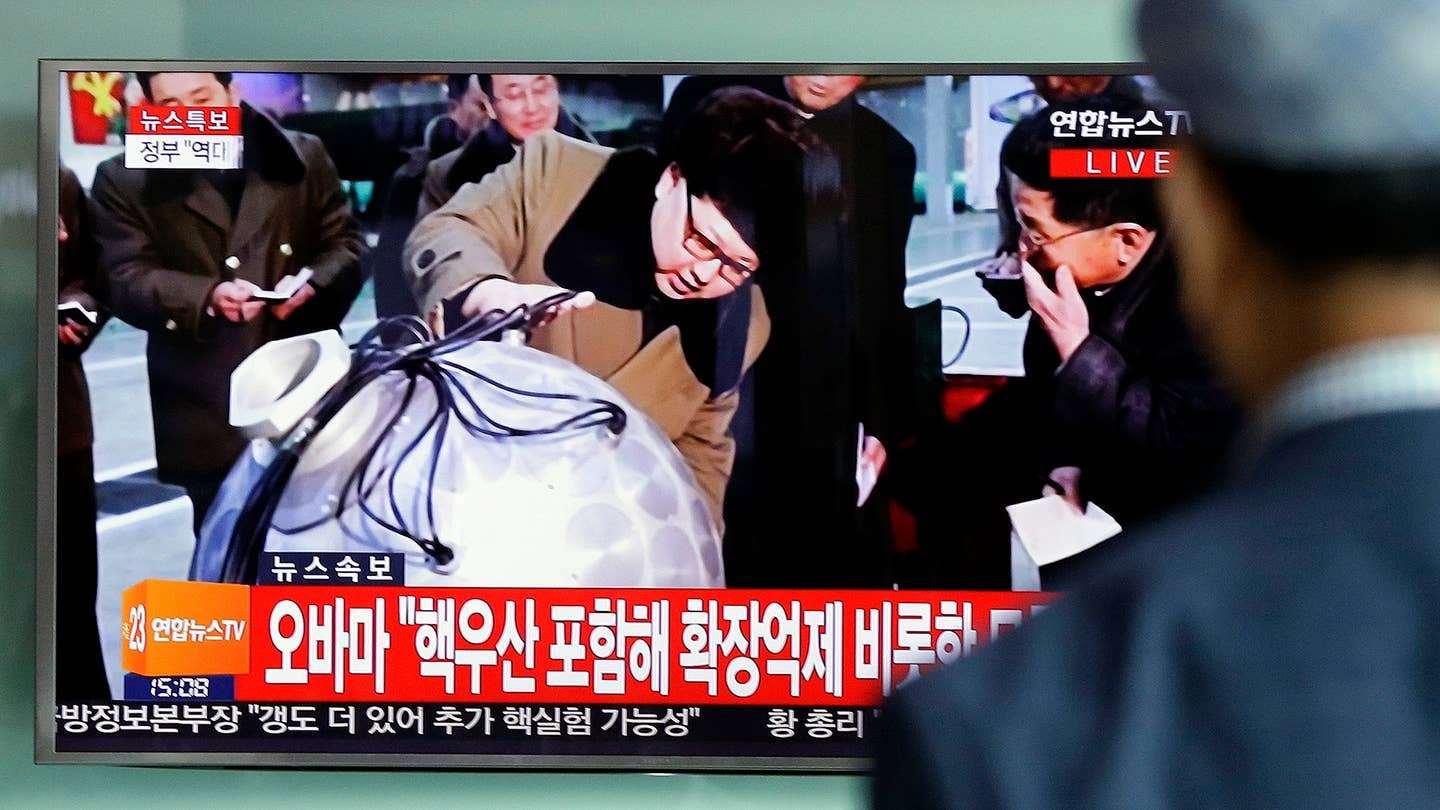 A tremor indicating the fifth and most powerful nuclear detonation in North Korea’s relatively short history of nuclear tests occurred at 9AM local time on September 9th at the Punggye-ri underground test site. The date has huge significance as it is North Korea’s National Day, basically their 4th of July.

Pyongyang claims that this test was of a miniaturized nuclear device capable of being flown on a missile, and by all accounts it was about twice as powerful as their last test in January, measuring 5.9 on the richter scale. Currently, estimates put the weapon’s yield at around 10 kilotons, roughly five kilotons less than the “Little Boy” bomb dropped on Hiroshima. This evaluative yield could go up or down as more seismic and environmental data is analyzed alongside any intelligence emanating from the “Hermit Kingdom.”

North Korea has been slammed with five rounds of UN sanctions since its first nuclear test a decade ago. North Korea’s strategy seems now to be to push as hard as possible to field a credible nuclear capability, as well as reliable delivery systems for that capability. This push really picked up momentum early this year with a nuclear test, followed by tests of North Korea's most advanced ballistic missiles. Some of those weapos systems had been in the North Korean inventory for years, but had never even been test fired. At the time TWZ wrote that this was an ominous shift in North Korea’s strategy, which turned out to be all too accurate.

In a statement by North Korean state media, it was clear that Pyongyang is looking to build its nuclear arsenal rapidly and in a diverse manner, saying that it will produce “as many as it wants, a variety of smaller, lighter and diversified nuclear warheads of higher strike power.”

Although ballistic missiles are the focus of North Korea’s nuclear delivery system capabilities, as their warhead technology becomes miniaturized, the deployment of nuclear-tipped cruise missiles and man-mobile tactical nukes tailored for use by North Korea’s dedicated special operations forces are a possibility. Creating a “layered,” diversified nuclear force would make neutralizing that threat during a time of war all that much more difficult for South Korean and US forces.

Scathing statements from governments around the globe have piled up. China on the other hand, has once again become closer to North Korea after a period of strained ties. The superpower, which shares a border with North Korea, has stated that it would “file a protest diplomatically.”

Without China weighing in and saying enough is enough, direct engagement on a public level or the spectre of a horrendous direct conflict, don’t expect Kim Jong Un’s nuclear development strategy to shift any time soon. By the end of the decade he will likely have a credible nuclear arsenal that can threaten the entire region.