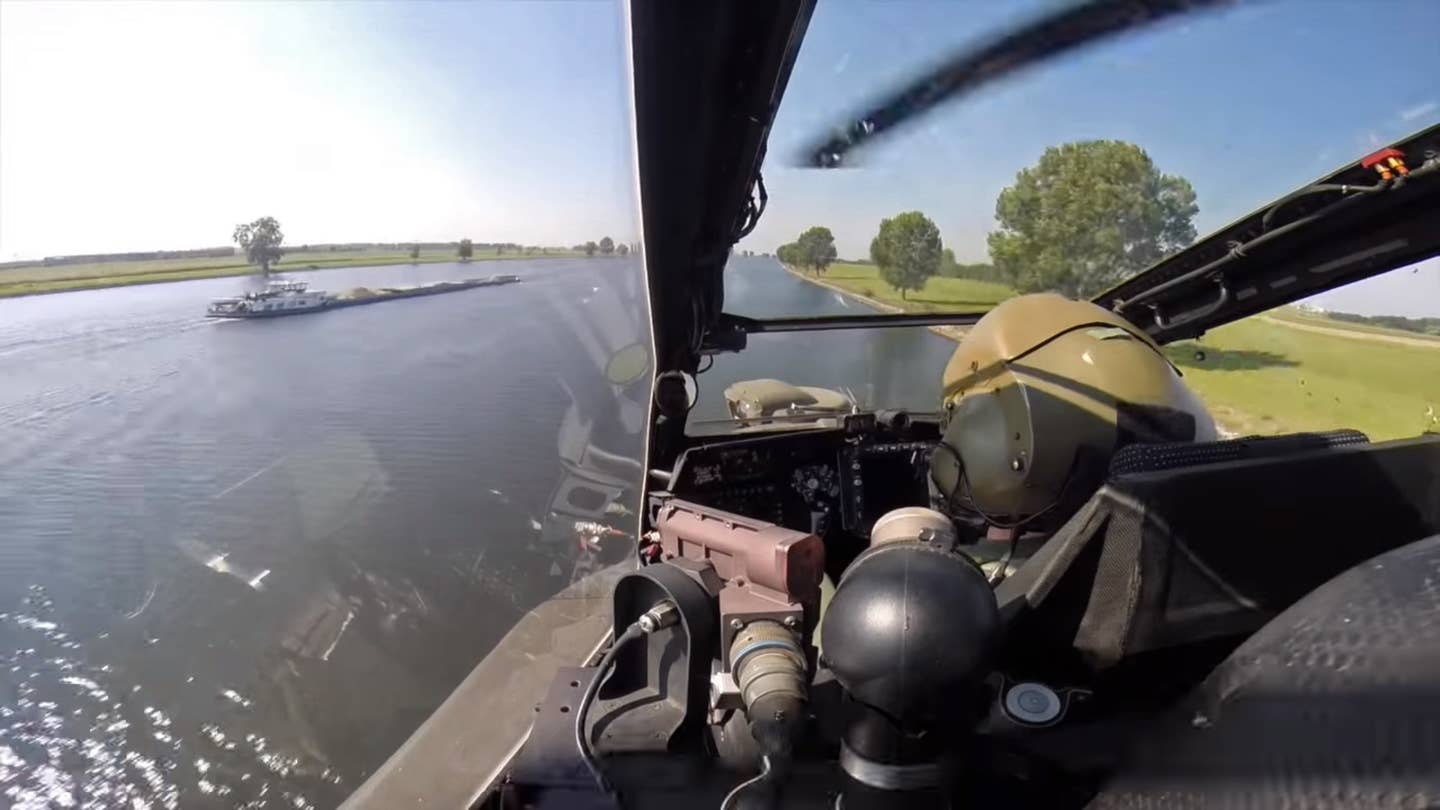 Dutch Apache pilot and published author Peter Gordijn filmed his last flight in his beloved attack helicopter for all of us to enjoy.

Royal Netherlands Air Force AH-64Ds have had a strong presence in Afghanistan, flying combat operations over some of the country’s most dangerous terrain. Gordijn wrote a book titled "Wakker!" ("Awake!") about the life lessons he learned as an attack helicopter pilot. The book takes the reader from the time Peter was a young pilot-in-training to fighting the Taliban in Afghanistan, and how each step along the way changed his perception of life.

Fini-flights, as they're called, are bittersweet events. Giving up what for many pilots has been a dream job for which they worked tirelessly to obtain and maintain over the years, is more of a leap than just taking the next career step. Knowing that you will never grace the skies in such an amazing and powerful flying machine is sobering, to say the least.

Here is some gorgeous cockpit footage of Gordijn ringing out the Apache for one last time, making rapid descents, maneuvering low over the countryside around Gilze-Rijen air base, and ripping past a group of friends and comrades at max speed: