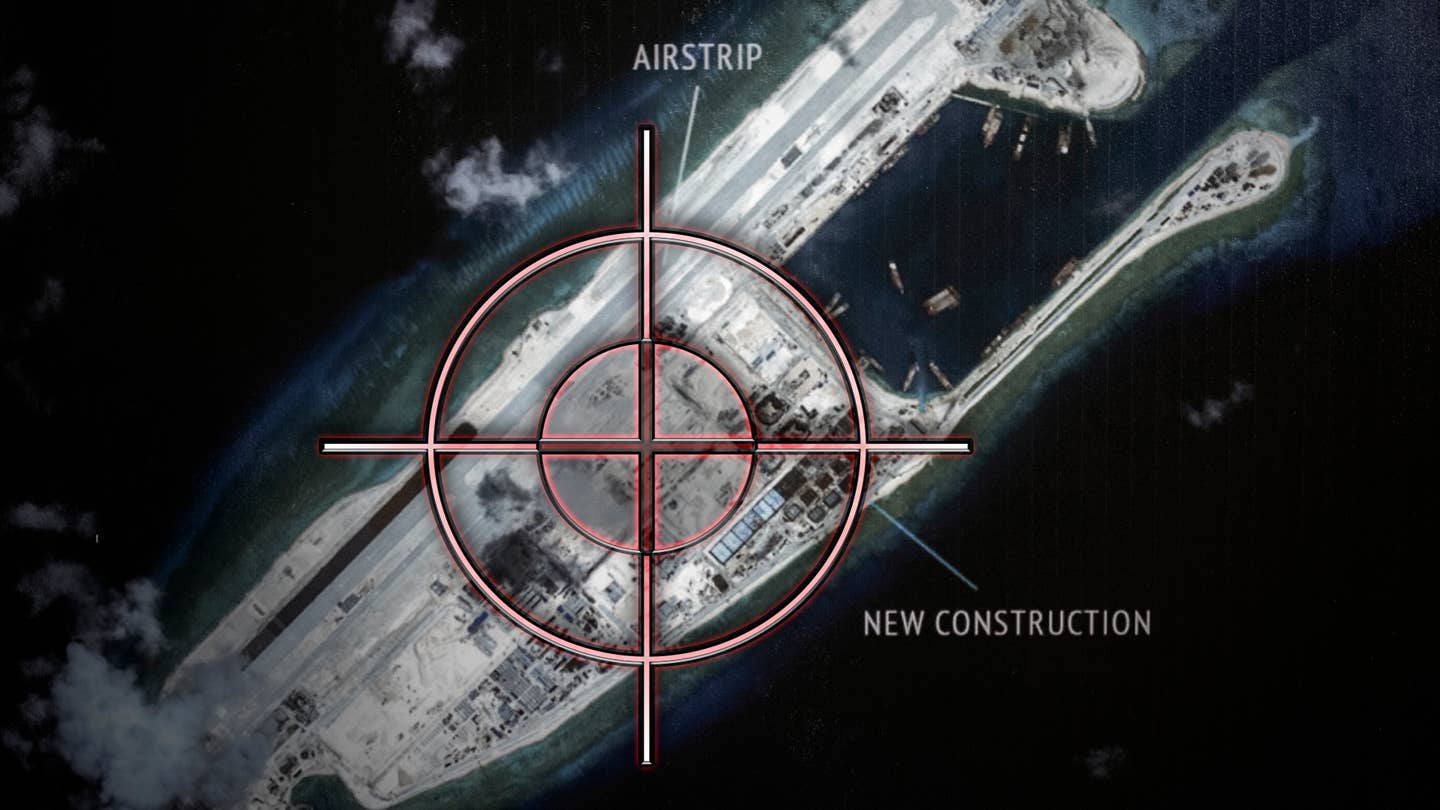 China’s island building operation in the South China Sea has been relentless. After declaring its major runway on Fiery Cross Reef operational last Winter, and having deployed fighters to the new base, China has moved to activate two more runways located in the disputed Spratly Islands archipelago. The Center for Strategic and International Studies, more commonly referred to as CSIS, has obtained recent satellite images of these burgeoning outposts, and their analysis of just how much air power can (and likely will) be based there is both straightforward and bewildering.

CSIS concludes that each airport outpost is being tailored to accommodate at least 24 fighter aircraft and up to about a half dozen larger aircraft on a permanent basis. That might include Xian H-6 bombers, maritime patrol aircraft, transports, ELINT aircraft, AWACs and tankers. That mix of assets will likely include rotary-wing submarine hunting platforms and eventually larger unmanned aircraft as well. The bases also have space that can be developed into more aircraft parking for surge and transient operations.

Also depicted in the satellite images are more of the strange structures that have popped up on the islands, including large, multiple-celled hexagonal emplacements that have stumped many defense image analysts. Additionally, a set of three towers, one taller than the others, have appeared on all three island outposts.

Although the US continues to put carrier groups into the South China Sea and executes “freedom of navigation” drills that challenge China’s exclusivity to the territory around their man-made islands, there is no coherent strategy from Washington concerning the islands and forestalling the arsenals that will occupy them in the near future. Once combat aircraft, missiles and naval vessels are in place, China will be able to activate an invisible, interconnected anti-access/area denial wall at will, one that spans great swathes of the South China Sea.

It's just a matter of time before China has incredible leverage in the region, and demilitarizing their man-made islands would take a miraculous shift in China’s policy. The window where a combination of hard diplomacy, innovative military concepts, and American economic power might effect a change in course of China's South China Sea ambitions is coming to close, if it has not already slammed shut already.

Thus far, international pressure has only seemed to stiffen Chinese resolve. The Hague’s much publicized ruling against China’s claims has had zero effect on Beijing’s policy. Stateside, the Obama administration’s answer to the issue has been an almost laughable three-pronged strategy: Provide some sort of semi-constant US military presence in the region, enhance ties with countries with claims on the strategic body of water, and build-up indigenous fighting capabilities weapons exports and cross-training. This therapeutic approach to strategic problems is nothing new for the administration. When it comes to this strategic concept’s application to China’s extra-territorial ambitions it has had little effect.

At this point defacto control over the South China Sea via the militarization of China’s man-made island outposts is all but ensured.