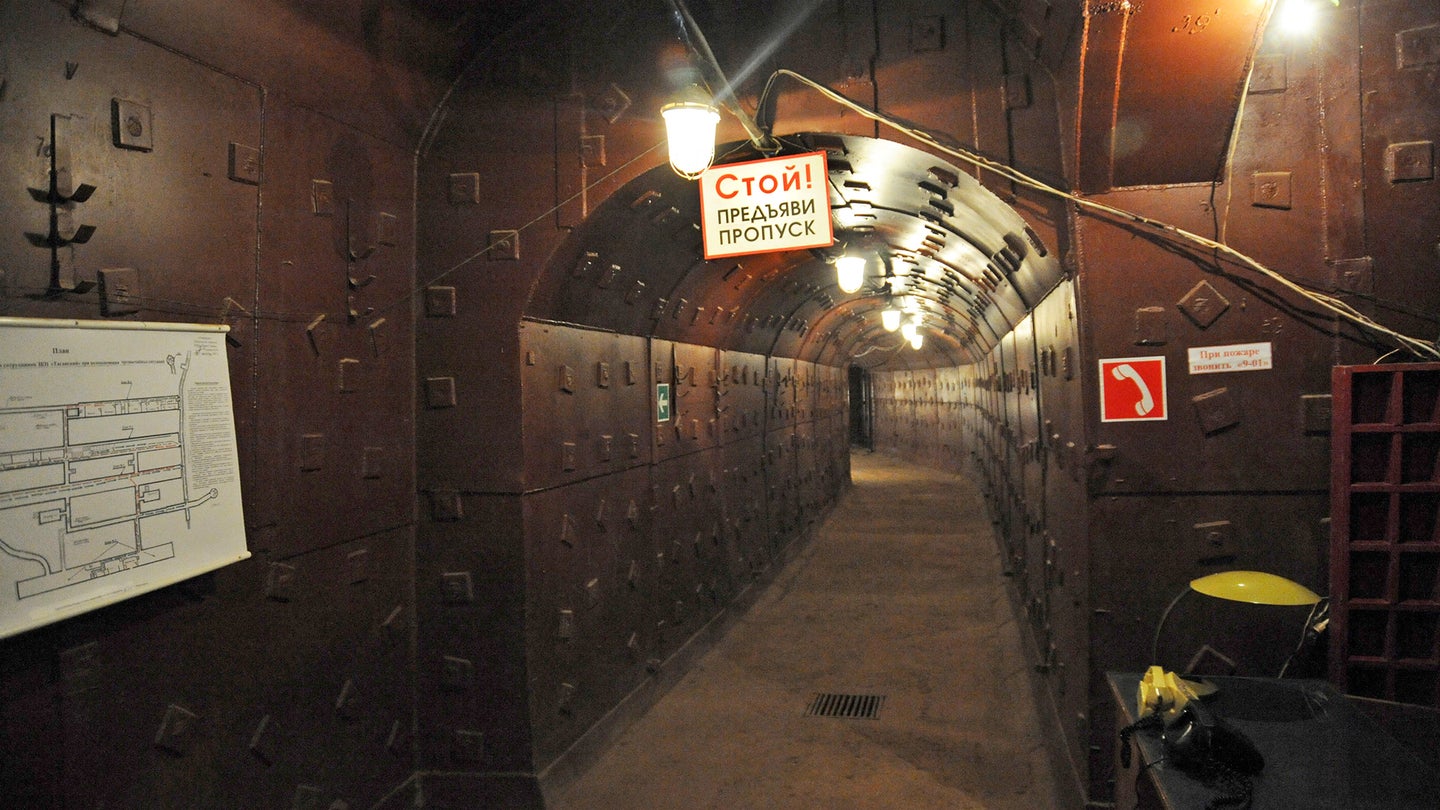 MOSCOW, RUSSIA - MARCH 11:  One of the four tunnels in the bunker of Secured Command Post Taganskiy, once the most restricted military site of the USSR, is pictured on March 11, 2008 in Moscow, Russia. The huge 7,000 square meter bunker, which is 65 meters beneath central Moscow, was built during the Cold War to sustain 5,000 lives in the event of an American nuclear attack. Over time it became useless. In 2006 the bunker was bought by private company Novik-Service and will shortly be converted into a luxurious leisure complex. (Photo by Wojtek Laski/Laski Diffusion/Getty Images)

The Bunker is open!