There are widespread reports that the Czech government has at least begun moving T-72 tanks and BMP-1 infantry fighting vehicles out of storage for transfer to Ukraine. This follows reports over the weekend that the U.S. government would help facilitate the delivery of T-72 tanks from an unspecified NATO member to the Ukrainian armed forces. Last week, the German government had separately approved a request from authorities in the Czech Republic to send ex-East German BMP-1s that they now own to Ukraine.

Ukrainian authorities, including President Volodymyr Zelensky, have been stepping up calls for more substantial military aid packages that include various higher-end items, such as tanks and other armored vehicles, in recent weeks. This has come as Ukrainian forces have made significant gains in the northeastern end of the country. Russian units have been steadily pulling out of these areas as part of what appears to be a refocusing of efforts to the southeast, potentially as part of a broader push to at least bifurcate the country to some degree.

The War Zone readers can first fully get themselves up to speed on the existing state of Russia's war in Ukraine before diving into the latest news below with our preceding rolling coverage here.

Czech Television, the country's public television network, initially reported that the transfer of T-72 tanks and BMP-1 infantry fighting vehicles to the Ukrainian armed forces was underway, describing the vehicle as a "gift" that had been agreed in coordination with other NATO allies. The broadcaster cited Ondrej Benesik, a member of the lower house of the country's parliament from the Christian Democrat Party and the head of its European Affairs Committee, as its source. A subsequent report from Reuters also said that these vehicles were on their way to Ukraine, citing Benesik and a separate unnamed Czech defense source.

All of this had followed the emergence on social media of pictures and video clips showing T-72s and BMP-1s being loaded onto train cars in the Czech Republic. Interestingly, the BMP-1s in question appear to be BVP-1s, the local designation for types produced in the now-defunct Czechoslovakia under license from the Soviet Union during the Cold War, rather than the modified ex-East German variants the country was already understood to be planning to send to Ukraine. This suggests that there are at least two separate transfers of armored vehicles from the Czech Republic to Ukraine in progress now.

"I will only assure you that the Czech Republic ... is helping Ukraine as much as it can and will continue to help by (supplying) military equipment, both light and heavy," Czech Defence Minister Jana Cernochova told members of parliament when asked to confirm the transfer of these armored vehicles to Ukraine, according to Reuters.

This comes despite other recent reports that plans to deliver additional tanks and other armored vehicles to Ukraine might fall through over concerns about escalating tensions between NATO and Russia.

It remains to be seen whether other NATO members, or other countries outside of the alliance, will also send armored vehicles as part of ongoing military assistance efforts for the Ukrainian armed forces. The Czech Republic sending T-72s and BMP-1 variants would be well in line with the current focus within NATO on finding Soviet and Russian-made systems to transfer to Ukraine. The idea here is that these systems would be similar, if not identical to ones already in Ukrainian service, making it easier to actually get them into combat.

There are unconfirmed reports that the U.S. government may be in talks with officials in Cyprus about transferring various Russian-made systems the country has to Ukraine. This could include S-300 and Tor-M1 surface-to-air missile systems, T-80U tanks, BMP-3 infantry fight vehicles, and Mi-35 Hind attack helicopters. If such a deal is in the works, it would reflect a major shift in policy on the part of Cyprus, which is a European Union (EU) member, but has long had close ties to Russia. EU-wide sanctions against Russia over the war in Ukraine have already caused the government in Cyprus to begin reexamining that relationship.

Separately, the Australian government is in the process of delivering a batch of 4x4 Bushmaster light armored vehicles, which are specially designed to withstand blasts from mines and improvised explosive devices, to Ukraine.

Whether or not U.S. authorities are actively pursuing this deal with Cyprus, President Joe Biden's administration certainly remains committed to providing ongoing support for Ukraine's military as Russia's war in the country drags on. At a hearing today, U.S. Secretary of Defense Lloyd Austin angrily responded to questions from Matt Gaetz, a Republican Representative from Florida, suggesting that the U.S. military hand bungled its assessment of Ukraine's prospects for holding out against Russia before the invasion kicked off. Austin said that American support for Ukraine's military has been a critical factor preventing Russian forces from achieving their aims.

Evidence pointing to Russian war crimes in areas in northeastern Ukraine that have now been liberated continues to grow. Satellite imagery from commercial provider Maxar Technologies shows what appear to be bodies in the street in the town of Bucha while Russian forces were still in control there.

The United Nations Human Rights Office says that evidence so far from Bucha, specifically, shows "all the signs" that civilians were "directly targeted and directly killed." However, the statement stops short of outright accusing Russian forces of perpetrating this atrocity.

The video below reportedly shows some of the booby-trapping that Russian forces did before pulling out of Bucha.

Russian authorities have claimed, without providing any counter-evidence, that Ukrainian authorities have faked many, if not all of the reported atrocities. Russia's Foreign Minister Sergei Lavrov said today that these purported provocations were aimed at upending efforts to reach a diplomatic resolution to the conflict during talks in the Turkish city of Istanbul. It's worth noting that Lavrov has now claimed multiple times that those talks have yielded significant progress already, despite unequivocal denials that this has not been the case from other Russian officials, as well as Ukrainian negotiators.

A day after Russian state media outlet RIA Novosti published an op-ed that effectively called for genocide in Ukraine, Dmitry Medvedev, former President of Russia and currently Deputy Chairman of the country's Security Council, put out a letter of his own that included very similar, if slightly more muted language.

There are also concerning reports that Russian authorities may be funneling Ukrainians from occupied areas into so-called "filtration camps," something it has done in past conflicts, such as the Second Chechen War. "I do not need to spell out what these ... camps are reminiscent of. It's chilling, and we cannot look away," U.S. Ambassador to the United Nations Linda Thomas-Greenfield said at a meeting of the U.N. Security Council today.

Video footage has emerged on social media today that appears to show Ukrainian forces, or members of the country's volunteer Territorial Defense Forces, units of which now include a substantial number of foreign personnel, executing Russian troops. If true this would likely be a war crime. This is not the first time possible evidence of such actions on the part of Ukraine's military has emerged. There are still far fewer credible reports of Ukrainian war crimes compared to those attributed to Russian personnel, but such actions on one side do not excuse those on the other.

Ukrainian forces continue to retake and secure more territory in the northeastern portion of the country as Russian units there have repositioned themselves elsewhere. There continue to be indications that those Russian elements will be redeployed to bolster operations further to the southeast.

Ukrainian officials say that a foreign commercial ship stranded in the southern port city of Mariupol on the Sea of Azov, which Russia's forces have besieged for weeks now, was hit by an errant Russian missile during continued fighting there. One member of its crew reportedly needed medical care.

The video below reportedly shows the perspective of an operator of a Ukrainian 9K33 Osa surface-to-air missile system, also known as the SA-8 Gecko, during a successful intercept of an unspecified Russian target.

Other videos, like the ones below, shot using small drones, continue to emerge on social media reported showing intense, relatively close-quarters fighting between Ukrainian and Russian forces, as well as Ukrainian artillery strikes and ambushes on Russian units.

The U.S. military says that looking at the possibility of establishing new permeant bases to host rotational forces in Eastern European members of NATO in the wake of Russia's invasion of Ukraine. This type of arrangement would be in line with the 1997 NATO-Russia Founding Act, and would appear to be designed to avoid giving Russia excuses to accuse the U.S. government of violating that agreement, which itself has contravened by launching its war against Ukraine. 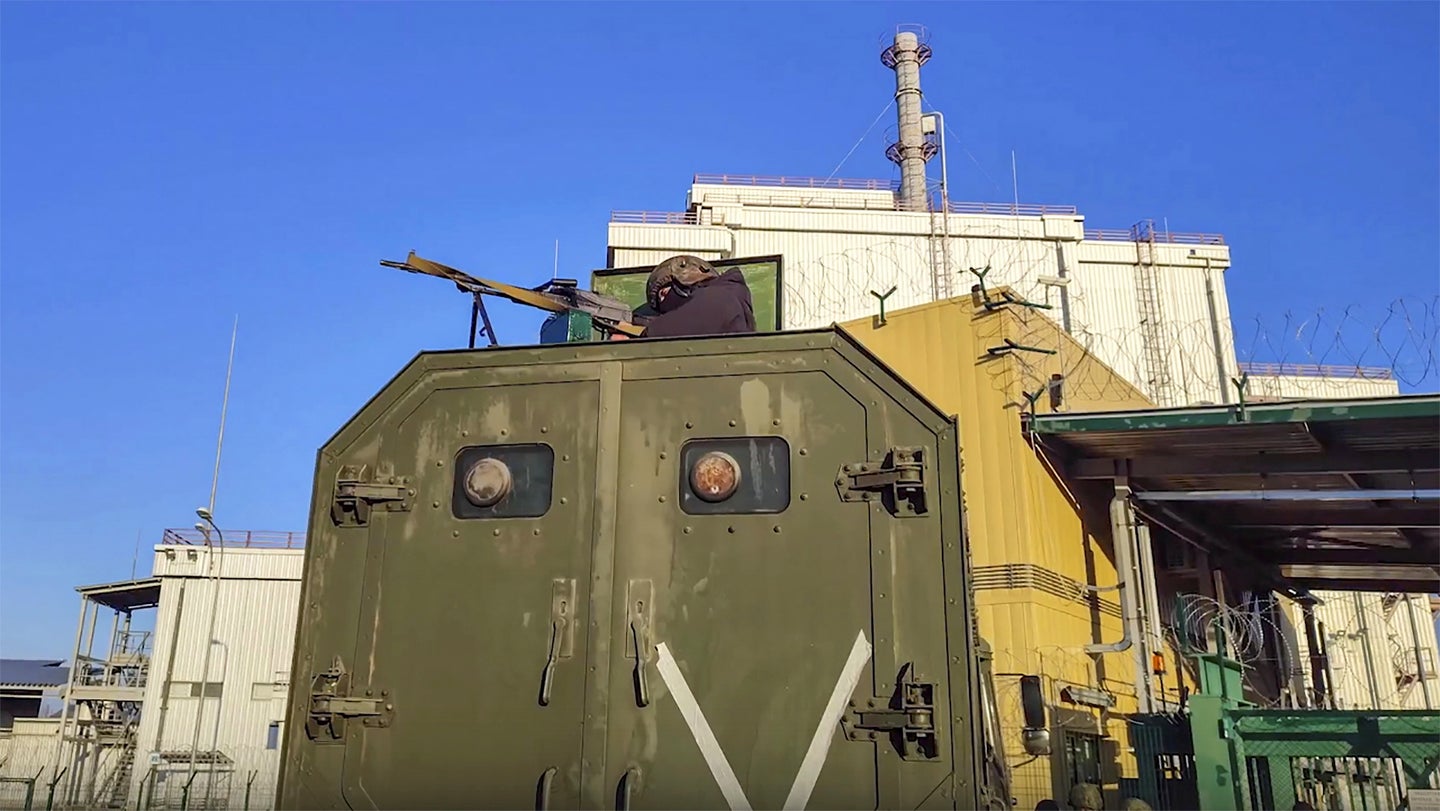 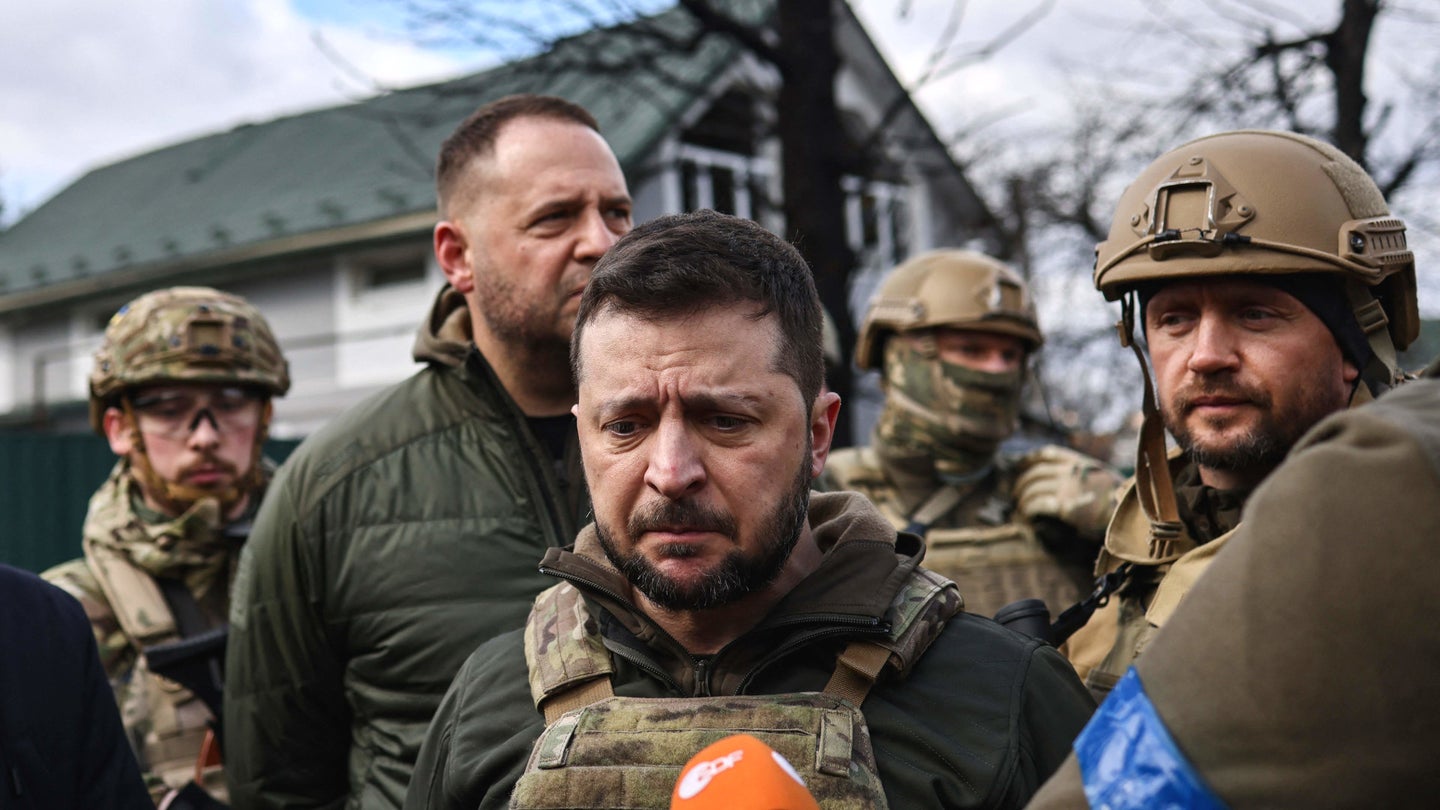