Ukraine’s pilots should have been in training yesterday and there are plenty of second-hand fighter options to accommodate their needs.

Oddly enough, one of the most covered aspects of Russia's invasion of Ukraine was the drama surrounding the possible emergency transfer of hand-me-down Soviet-era MiGs from NATO members to Ukraine. This was especially true of Poland's roughly 28 MiG-29s, a deal that spectacularly fell apart on the world stage nearly as quickly as it was conceived. While Ukraine needs familiar ground-based air defenses the most right now, in the meantime, the U.S. and NATO have to begin getting Ukrainian pilots into training on a western fighter type.

Regardless of the outlandish claims that some are putting forward, including the Ukrainian Air Force itself, this process will take many months or even, in some cases, years to complete. There is no getting around that reality. The same can be said for preparing Ukraine to actually operate and sustain the western fighters once they are in-country. But starting now will make a huge statement to Russia and waiting any longer will only needlessly delay the inevitable further. This is simply a luxury the U.S. and its NATO partners no longer have. They need to move decisively now.

According to our information, Ukraine has no shortage of fighter pilots, but they do have a shortage of fighters for their pilots to fly. By pulling say six to 12 experienced Ukrainian fighter pilots and another six to 12 that are just beginning training, two pipelines can be established to produce aviators qualified to employ the fighter Ukraine will end up with—one near-term and one longer-term.

While the F-16 is often the default answer when it comes to the question of what to equip the Ukrainian Air Force with, it is not the only solution. Older F-16 airframes that can still have their lives extended are becoming a bit more of a prized second-hand item. The USAF's QF-16 full-scale aerial target (FSAT) program is consuming these aircraft at a considerable rate and demand by other air forces for second-hand Vipers is only increasing. Then there is the private adversary support marketplace, which is snapping up F-16 airframes for advanced aggressor roles, as well. Even the Navy is eyeing used F-16s to backstop its own future aggressor needs.

The USAF is now looking to retire more of its older Block 30/32 Vipers that could potentially be recapitalized and sent to a foreign user and the F-35's arrival in some foreign air arms will send small batches of second-hand F-16s onto the market. But the point is that the U.S. and even the international F-16 surplus is not a bottomless pit like some think it is.

To start, Ukraine would not need many airframes as it will only have a limited number of pilots to fly them, but that would change over time. What the F-16 has going for it is its wide commonality throughout Europe and around the world with a very healthy sustainment and training infrastructure to support them for years to come. Single engine economy, multi-role capability, easy upgradeability, and great all-around performance round out what has historically been a massively capable and relatively efficient package.

Another option would be supplying Ukraine with F/A-18A/B/C/D Legacy Hornets. There are U.S. stocks of these aircraft in limited supply, with the USMC retaining and upgrading just under 100 of the type to serve another decade. Other stocks from foreign countries are or will soon come available, as well.

One off-the-shelf solution would be to acquire Kuwait's 33 F/A-18C/Ds, which are known to be in pristine condition, and retain them for Ukraine. Other countries are eyeing these jets, so the U.S. would have to act fast, but considering the strategic imperative, this would be a near-perfect solution for Ukraine.

The U.S. Hornet training pipeline will be operating for another decade at least and the type offers a very sturdy airframe that is well suited for less improved Ukrainian airfields, as well as twin-engine reliability. It also features a probe for aerial refueling, which would provide a more attainable avenue to organic aerial refueling capabilities than say an F-16. The AN/APG-73 is a good radar and the type is known for its fantastic multi-role capabilities.

The F-15C/D would be an incredibly powerful, albeit highly ambitious option. The fact that it is fully optimized for air-to-air combat, with only a latent secondary air-to-ground capability, makes the type largely defensive in nature, which could calm some concerns.

The F-15 remains one of the world's most capable air-to-air fighters and the USAF is retiring the type for the new F-15EX. In fact, the USAF is looking to speed up this process as part of its 2023 budget request. This means roughly 220 of these aircraft will become surplus.

Most of the fleet is equipped with a new large cockpit display and the hugely powerful AN/APG-63V3 AESA radar, which would give Ukraine absolutely massive capabilities in the air-to-air realm, including a robust ability to intercept low-flying and stealthy cruise missiles and to act as something akin to a quasi-AWACS. The other aircraft mentioned in this story are not anywhere near as capable in this regard without a multi-million dollar radar upgrade.

Overall the Eagle would act as a major deterrent against Russian aerial aggression, but it would come at a price. These aircraft are expensive to operate and are in need of a major structural upgrade in the coming decade. But that may be a bargain for Ukraine considering what they are getting, which is basically the most capable counter-air fighter feasibly within their reach. Also, with so many of the aircraft retiring, even if Ukraine were to operate 75 of these jets, much of the spare parts supply chain would be decent for years to come.

One issue is the schoolhouse availability. The F-15C/D training unit at Kingsley Field in Klamath Falls, Oregon, will be transitioning to the F-15EX. That schoolhouse would have to retain the F-15C/D syllabus, at least for some time, if Ukraine were to receive the Eagles. Otherwise, Ukraine's pilots would need to go through advanced training in Japan, Israel, or even, at least to a certain degree, Saudi Arabia, all of which still operate the C/D model.

One issue could be the radar itself. It's so good that it may be deemed too advanced to risk in Ukraine. If that is the case, remaining non-AESA-equipped models could be transferred and others could be retrofitted with older mechanically scanned arrays, although this could prove to be problematic.

Another option, and possibly the best of all, would be Sweden's surplus JAS-39C/D Gripen multi-role fighters. These light-to-medium weight fighters are built with great efficiency and reliability in mind. They were designed to be turned around in the bush by tiny teams of mainly conscripted groundcrew and flown from roadways and rough fields during wartime. Distributed operations under very harsh sustained wartime conditions, especially in the cold, are literally what the design is all about.

Their single F404-derivative engine (license-built by Volvo) drinks comparatively small amounts of fuel compared to the other options and the type has a wide array of available armory from multiple nations. It has all-around good performance, modern radar and avionics, and is small in size, making it hard to spot visually.

The Gripen really is well suited for the current combat doctrine Ukraine is using in Ukraine today, although the fact that it is a Swedish design makes it a bit harder for the U.S. and NATO to supply and support it. Still, other NATO members operate the type. There is also the question of how many Sweden will be able to give up at this time.

Finally, all these types can carry an advanced targeting pod that can be used for air-to-ground ordnance delivery and non-traditional reconnaissance. But most importantly, they can also be used for long-range air-to-air visual identification of aircraft. This is very important for the air sovereignty mission and works as a key capability when it comes to making sure innocent lives are not lost in an accidental shootdown of a civilian or friendly aircraft.

Of course, there are other types that could fulfill the mission, as well, such as French options — the Mirage 2000 for instance — but these are the types that seem to make the most sense and are available now. The main thing here is to just make a decision and get pilots into training ASAP so that a conceivable operational date doesn't keep getting pushed back.

In the meantime, sure, more MiG-29s or Su-27s would help, but we must start thinking of the situation in Ukraine as not just a limited conflict, but a geopolitical event that will have repercussions for years to come. The more efforts to enhance Ukraine's combat capabilities we get in motion now, the better.

Also, it's worth noting that prior to Russia's invasion, Ukraine was readily capable of performing deep maintenance and significant upgrade work on its Soviet-era fighter jets thanks to the expansive defense industrial infrastructure that it inherited when it gained independence in 1991 and that it invested into over the subsequent years. However, Russian forces have now been heavily targeting the Ukrainian defense industry, especially aviation-related facilities, including a missile strike that flattened a key hangar at the Lviv State Aircraft Repair Plant last week.

"They have practically destroyed our defense industry," Oleksiy Arestovych, an advisor to Ukrainian President Volodymyr Zelensky, said today.  So, authorities in Ukraine will need to build back these capabilities, possibly from the ground up in many cases, after this conflict is over. When it comes to the country's fighter jet fleets, this would provide an optimal moment of sorts to shift to a new platform and craft this new infrastructure around it.

With all that being said, agreeing to equip Ukraine with a 4th generation fighter type now and getting pilots in the pipeline to fly them as soon as possible would be a much-needed first step and it would send a crisp message to Russia that Ukraine will be supported with high-end military aviation hardware in order to defend itself over the long term. 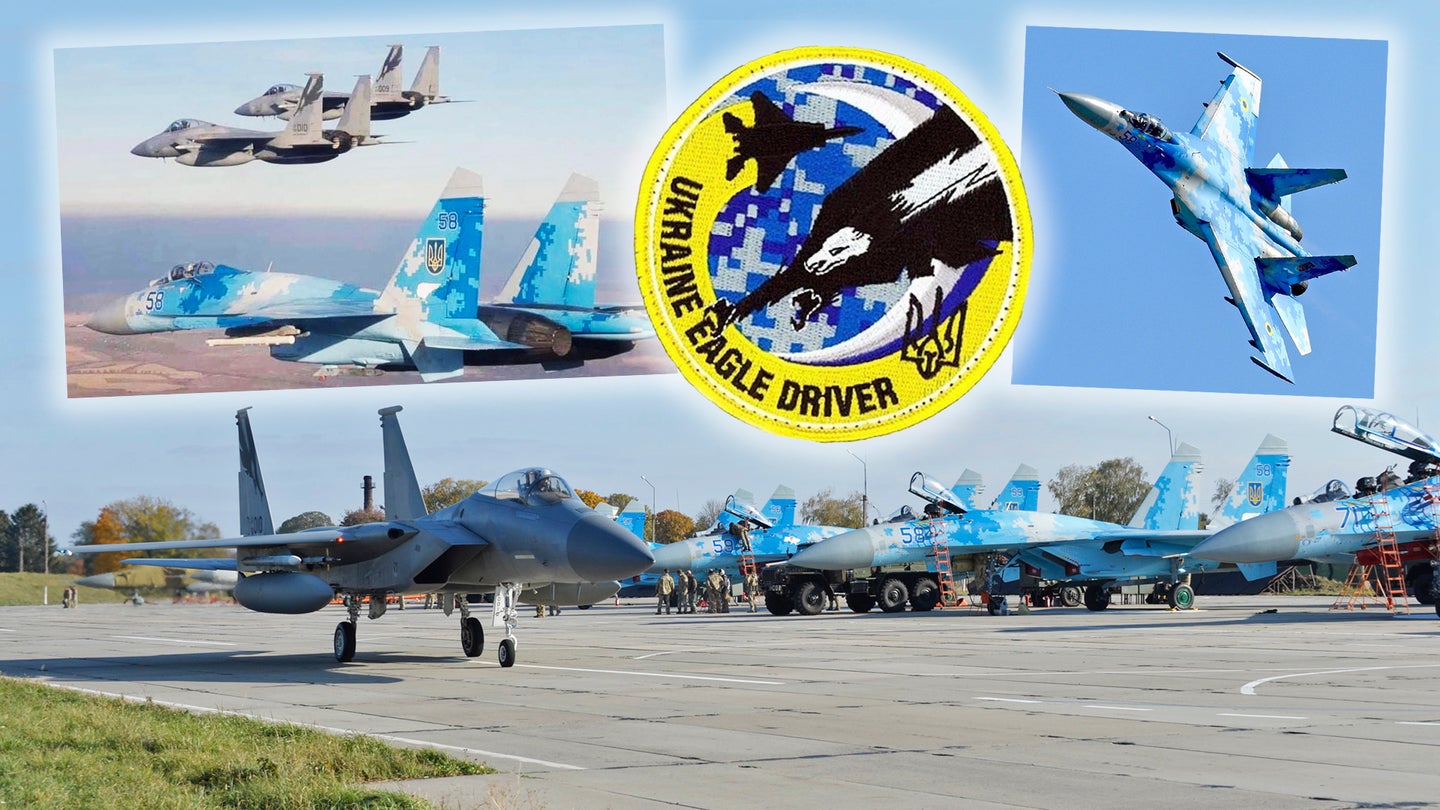 An F-15 pilot’s firsthand account of how Ukrainian fighter crews’ performance in training made it no surprise they have kept Russia at bay. 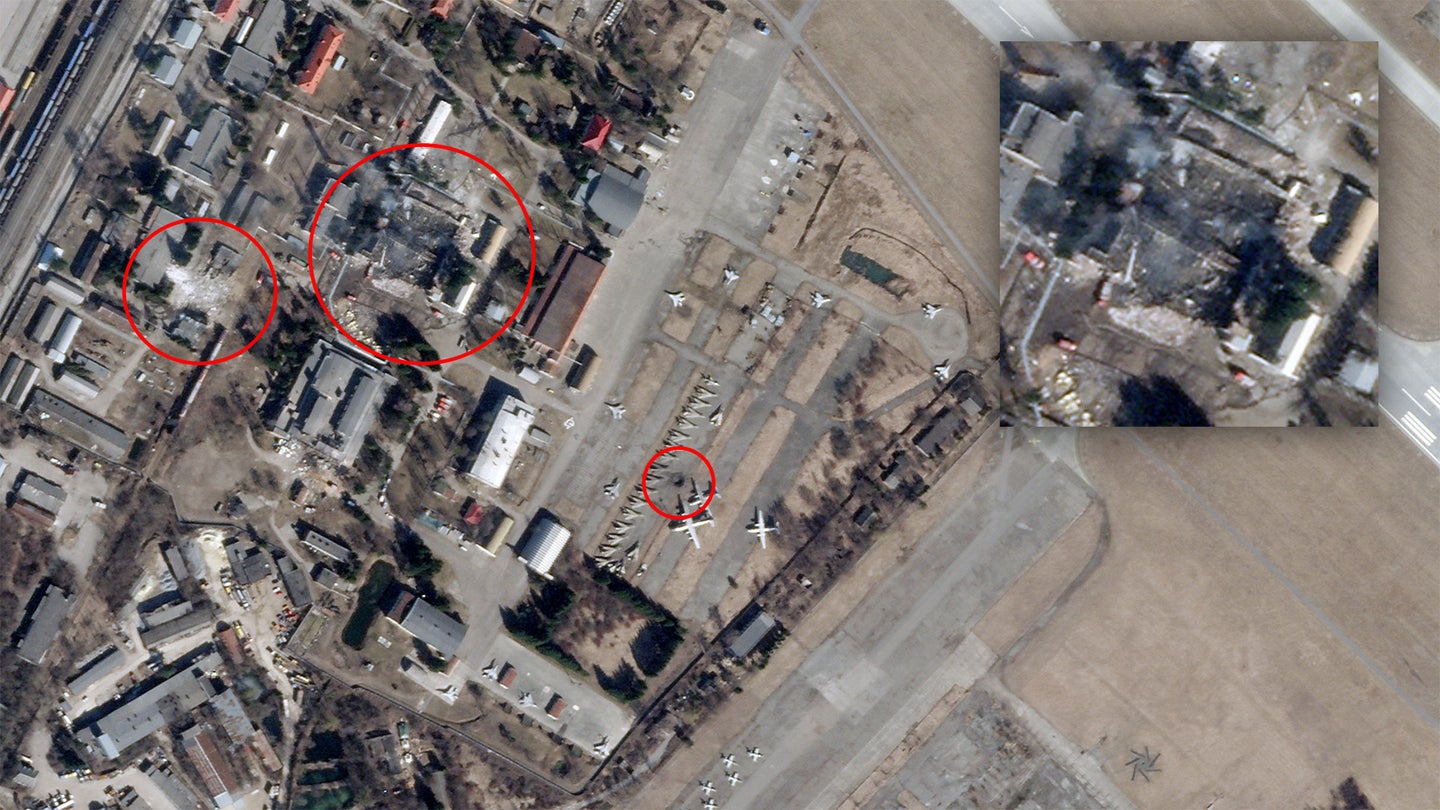 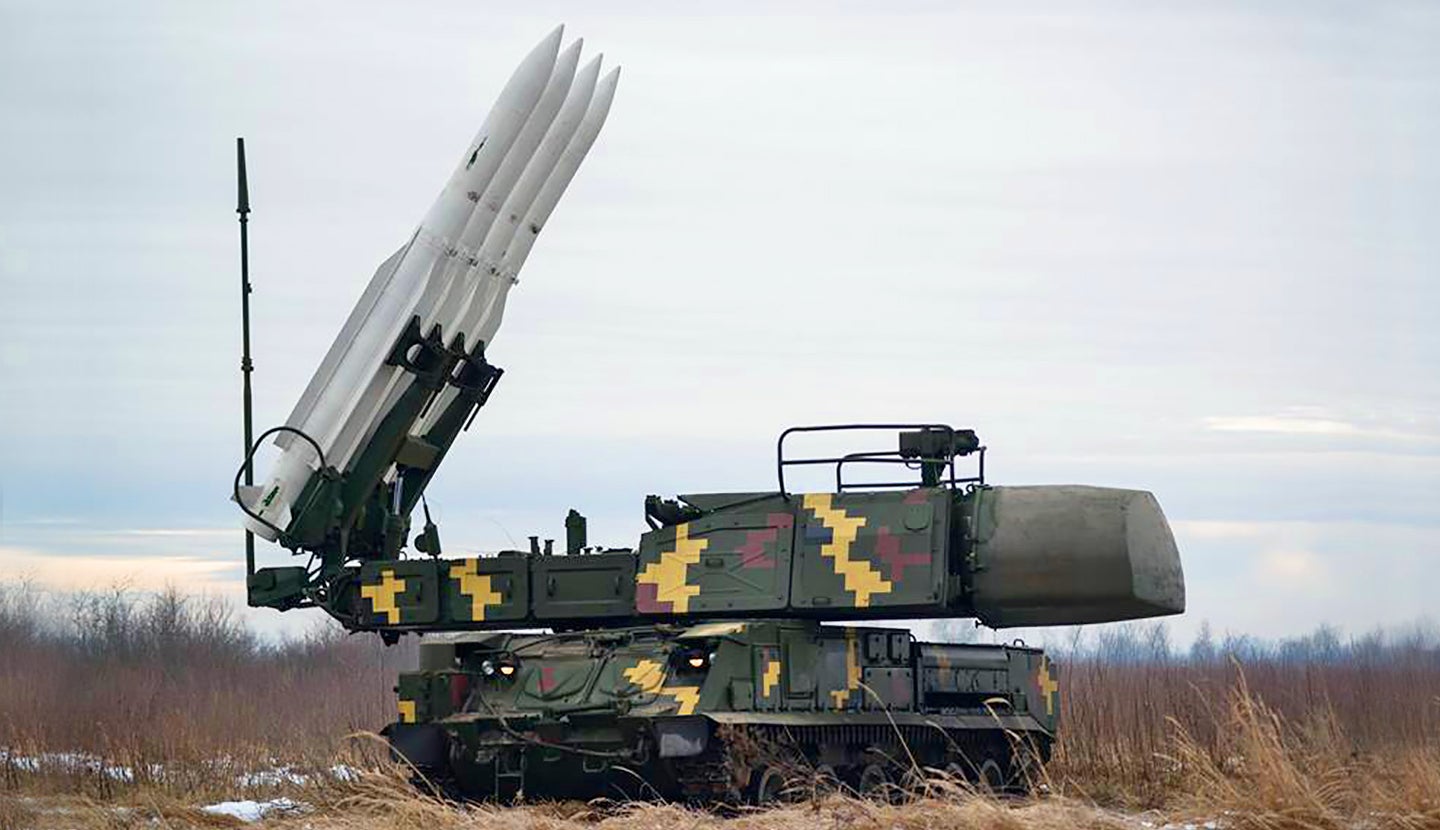