An aerial duel between a Cold War-era Tomcat and Russia’s latest fighter is the highlight of the latest sneak preview of the long-awaited movie.

The latest trailer for the hotly anticipated Top Gun: Maverick has dropped and it provides a few more clues about what we can expect to see in the movie, the release of which has been successively delayed. It is now scheduled to finally hit theaters in the United States on May 27.

Most enticingly, one scene features what appears to be a dogfight between an F-14 Tomcat and what looks to be a Russian-made Su-57 Felon next-generation fighter or at least something very heavily inspired by it.

The new official trailer for Top Gun: Maverick was posted online today, almost three years since the first one, which we examined in detail at the time. That was followed by a second trailer later in 2019, this time teasing us with a shot of a fictional hypersonic test jet.

There’s a very brief sequence from the cockpit of an F-14, with the RIO, Lt. Bradley ‘Rooster’ Bradshaw, looking back over their shoulder as an Su-57 maneuvers hard, pirouetting above them nose down in a post-stall thrust-vectoring maneuver. The main protagonist, Tom Cruise’s Capt. Pete ‘Maverick’ Mitchell, is presumably sitting in the front seat.

NOTE: SPOILERS AHEAD. STOP HERE IF YOU WANT TO STICK TO WHAT HAS BEEN IN THE TRAILERS ONLY.

We knew already that Top Gun: Maverick would feature the Tomcat in some capacity, the jet being arguably the second biggest star of the original movie. A non-airworthy jet appeared aboard an operational U.S. Navy aircraft carrier at Naval Station North Island in San Diego during the making of the movie. We also know about but are yet to see, a scene in which an F-14 crashes on the deck of the aircraft carrier USS Theodore Roosevelt.

The aircraft appears to be stolen or otherwise obtained by Cruise and his RIO in a snowy alpine setting. Of course, the Navy has not flown the Tomcat since its retirement in 2006. Today, only Iran still flies the swing-wing interceptors. A handful of Su-57s are flown by Russia alone, but these aircraft are not yet in frontline squadron service.

All the more intriguing, then, is that Rooster and Mitchell apparently find themselves back at the controls of a Tomcat, albeit a CGI one, and now seemingly locked in a dogfight against the most advanced fighter currently in production in Russia.

There have long been questions surrounding what aircraft would play the enemy in this movie. The appropriately named Felon appears to fill that role, at least in part, but we simply don’t know exactly why this jet might be getting into a furball with one of the Navy’s long-retired F-14s.

There had been some previous warning that a Su-57-style jet might be the bad guy (or one of the bad guys) in the movie, with the release of an official die-cast model by Matchbox last year, which looks at least to be inspired by the Felon and is declared as an “enemy strike jet.” That toy also features anonymized national insignia — the same found on the Tomcat in the film — suggesting a fictional rogue state or group of some kind, but very definitely not Russia.

So, what else do we learn from the trailer? Well, aside from Tom Cruise’s Capt. Pete Mitchell, returning from the original franchise as some kind of specialist TOPGUN instructor, another returnee from the 1986 Top Gun movie is ‘Iceman’ Kazansky, played by Val Kilmer. We see now that, in contrast to Mitchell, he has continued to advance through the ranks, going from lieutenant to admiral and now serving as Commander, U.S. Pacific Fleet.

While Maverick’s original Radar Intercept Officer (RIO), Lt. Nick ‘Goose’ Bradshaw is not in the new movie, for obvious reasons, his son Lt. Bradley ‘Rooster’ Bradshaw is, played by Miles Teller. And it now seems he harbors a grudge against Mitchell, or at least doesn’t trust him in the slightest, blaming him for what happened to his father during that fateful sortie out of Naval Air Station Miramar.

Other characters, all young naval aviators within the TOPGUN program, are featured in the trailer too, including ‘Hangman,’ ‘Phoenix,’ ‘Payback,’ and ‘Fanboy,’ all also seen in the cockpits of various Super Hornets.

There is also, it seems, air combat aplenty. “We’re going into combat… on a level no living pilot’s ever seen,” remarks one naval aviator at one point. We then see U.S. Navy Super Hornets blasting low over snowy terrain in close formation, where they come under fire from a Cold War-era Soviet-made S-125 low-level surface-to-air missile system, which brings down one of the jets.

There also looks to be some sort of massive swarm of cruise missiles being intercepted, as well.

After months of pandemic-imposed development hell, the countdown to Top Gun: Maverick is really now on. And if the snippets we’ve seen so far in the trailers are anything to go by, there is going to be a lot for air combat enthusiasts to discuss and digest. 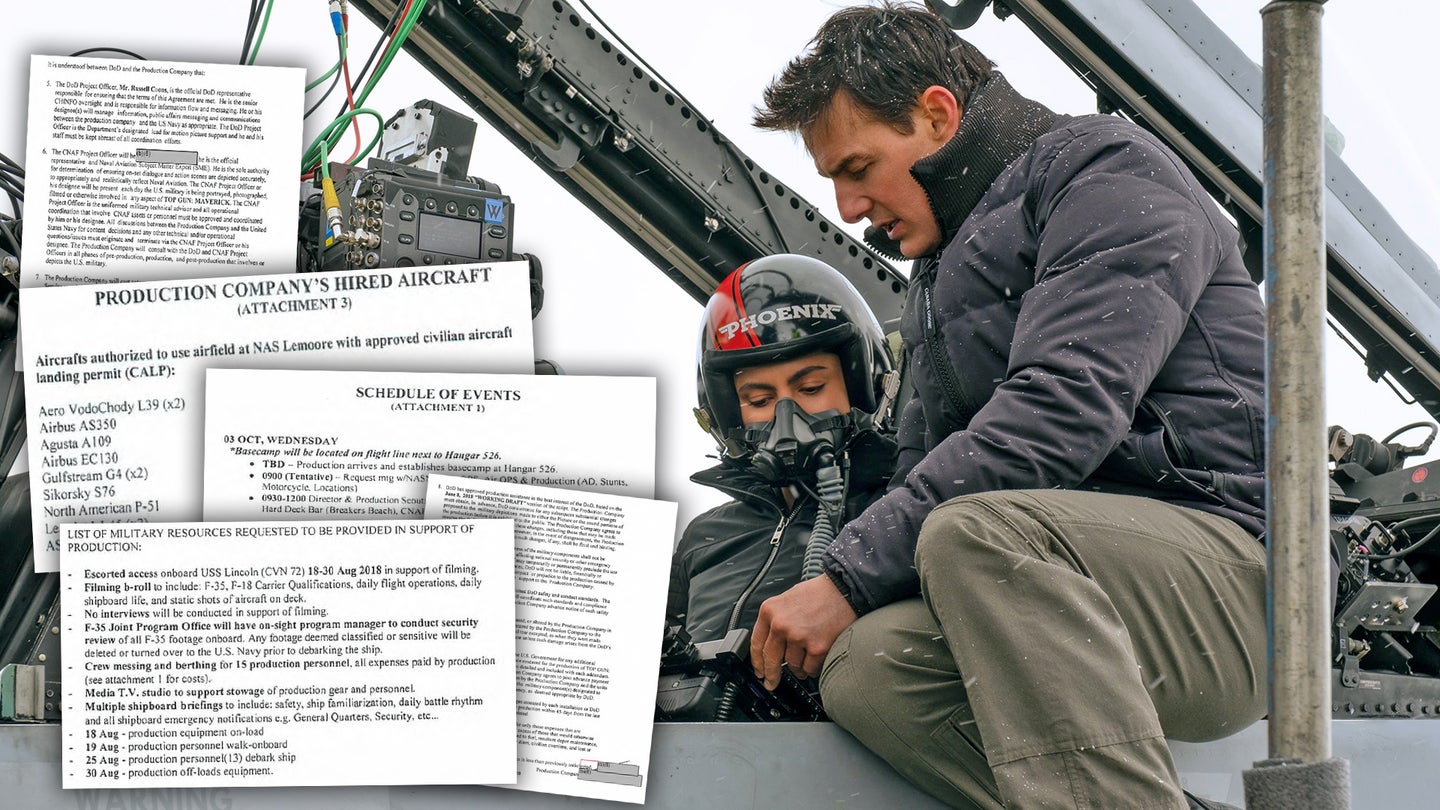 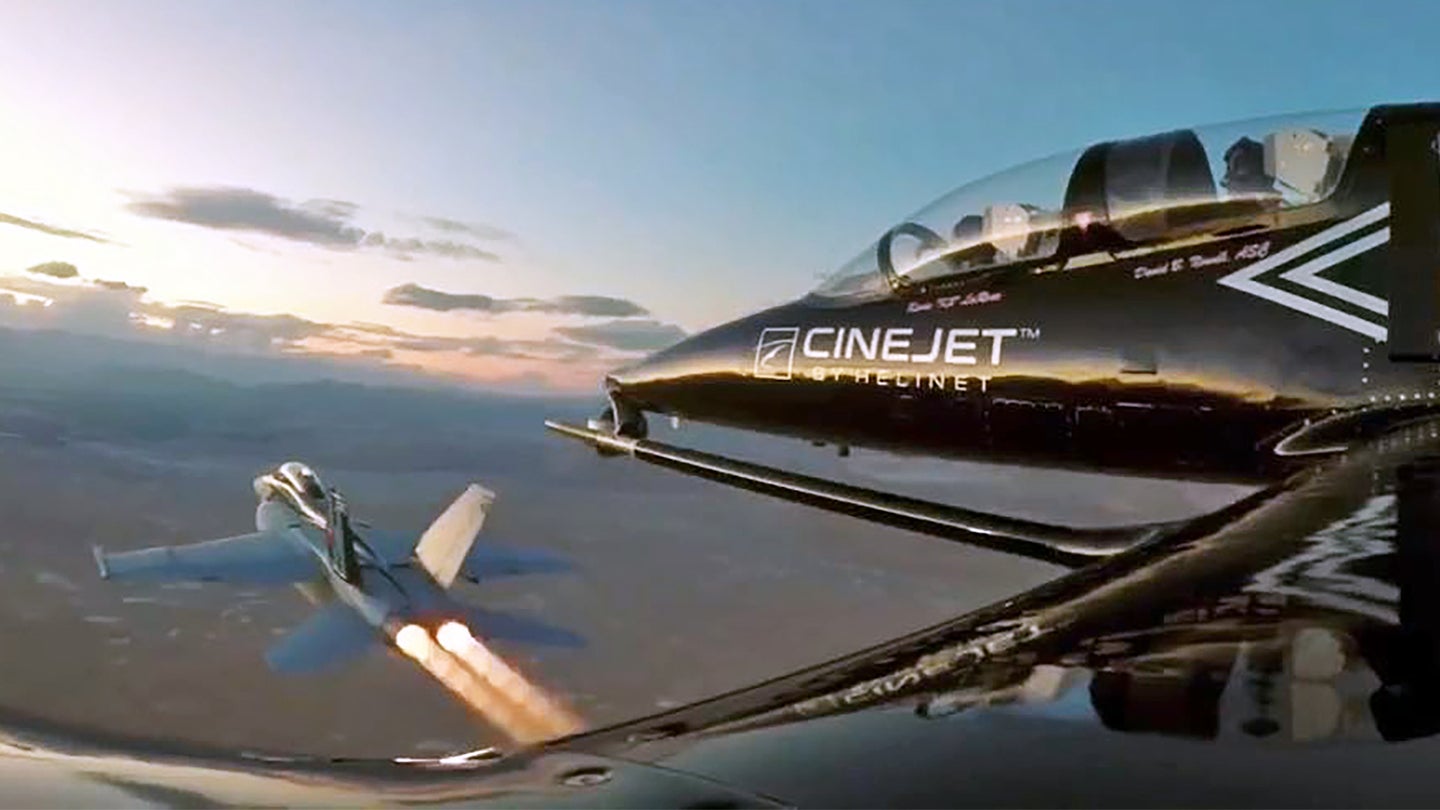 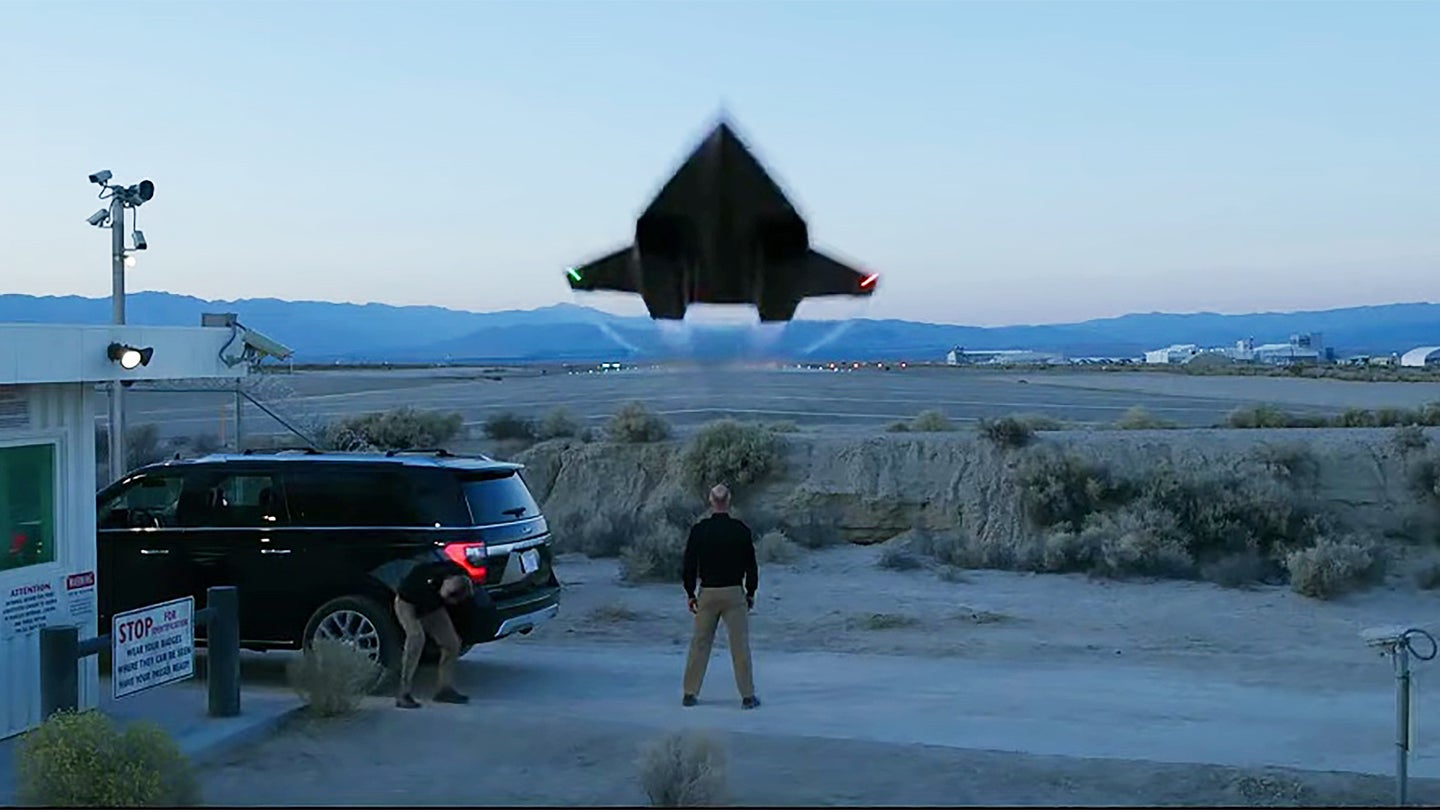