France’s revised nuclear deterrence posture comes as nuclear threats from Russia have become especially concerning due to its actions in Ukraine.

For the first time in around 30 years, France has put three of its four ballistic missile submarines, or SSBNs, to sea at the same time, according to reports in the local media. Normally, just one of the Triomphant class SSBNs, each of which can be armed with up to 16 submarine-launched ballistic missiles (SLBMs), with multiple warheads, is on patrol at any given time. The significant uptick in French nuclear deterrence activity seems to be intended as a signal to Russia at a time of unprecedented tensions in Europe, including fears that nuclear weapons could be part of the Kremlin’s plans as its campaign in Ukraine stutters.

The Telegramme, the newspaper serving the Breton port city of Brest, where the Triomphant class is based, reported the development, confirming that two additional SSBNs had departed their base on the Île Longue peninsula. These then joined a third Triomphant class boat that was already on patrol, likely in the Atlantic where they normally operate. The French Navy has neither confirmed nor denied the report.

Entering service between 1997 and 2010, the French Navy’s current SSBNs, Le Triomphant, Le Téméraire, Le Vigilant, and Le Terrible, can each carry 16 of the latest M51 SLBMs that are estimated to have a range of over 6,000 miles and can each carry six to 10 multiple independently targetable reentry vehicles (MIRVs) of around 100 kilotons yield. The normal load is thought to consist of six MIRVs per missile, plus penetration aids to help defeat missile defenses. The total number of SLBMs available is thought to be sufficient to have a maximum of three SSBNs on patrol simultaneously if required.

The date that the latest deployments began was not disclosed, but it seems clear that the expanded deterrence force came into being in the wake of Russia’s invasion of Ukraine, which began on February 24. Similarly, it’s not apparent if all three SSBNs are still at sea, although the same report does note that the revised status would only be for a “limited period.”

Indeed, it’s been suggested that the current posture is actually based on two SSBNs on patrol and that having the third at sea was only due to a delayed return for the first boat, for undisclosed reasons. Normally, each patrol lasts between two and three months.

Meanwhile, the fourth SSBN would have been undergoing a period of maintenance, as is normal for one of the boats at any given time. This all meant that, perhaps only briefly, France had three SSBNs at sea, the first time that’s happened since the latter years of the Cold War, during the US-Soviet standoff over medium-range missiles in Europe.

Post-Cold War, France kept two SSBNs on patrol until 1997, during a period in which the SSBN force was larger, with five Le Redoutable class submarines in service.

So, while the revised nuclear posture now actually seems to involve two, not three SSBNs, it’s still a significant development and a move that was reportedly approved by French President Emmanuel Macron on the recommendation of Gen. Thierry Burkhard, his Chief of the Defense Staff.

The French SSBNs are intended to offer a survivable means to launch a retaliatory nuclear strike should France itself come under nuclear attack. Doubling their presence at sea would therefore be hoped to increase the deterrent effect signaled toward Moscow, to further dissuade any nuclear strikes on its part, whether against French territory or elsewhere.

That fact is especially pertinent now that officials in the Kremlin have refused to rule out the use of nuclear weapons if faced with what it sees as an “existential threat.“ While that kind of rhetoric is broadly representative of Russian nuclear policy anyway, it takes on additional relevance as the war in Ukraine rages, amid fears in the West that Moscow might consider a nuclear strike, perhaps as an ‘escalate to deescalate’ measure. In that scenario, a ‘limited’ nuclear strike might be employed by Russia in the hope of shocking its adversary into suing for peace, or of dissuading NATO from becoming further involved in Ukraine.

President Vladimir Putin also placed Russia’s strategic nuclear forces at a higher state of readiness when the invasion of Ukraine began. While this move was apparently pre-planned, likely months in advance, it was backed up by bellicose rhetoric from Putin himself. “Western countries aren’t only taking unfriendly actions against our country in the economic sphere, but top officials from leading NATO members made aggressive statements regarding our country,” Putin said in televised comments at the time.

With that in mind, it seems that the revised French nuclear posture has been tailored to send a clear message to the Kremlin about its own readiness, should Putin consider the nuclear option himself.

At the same time, in addition to signaling, having two or three SSBNs at sea as opposed to one reduces the force’s overall vulnerability in that a strike against their base — whether nuclear or conventional — would likely only remove one of the submarines. Also, a single SSBN on patrol is, by its nature, easier for an enemy to detect or track. Doubling the number of boats on patrol much reduces the odds of losing the second-strike capability while at sea.

At the same time, France has also been flexing its other nuclear forces, with a successful test yesterday of its latest air-launched nuclear weapon. The supersonic ASMP-A standoff missile was launched from a Rafale fighter jet flying from the French Air Force base at Cazaux. The ASMP-A has a ramjet engine that propels it to a speed of up to Mach 3 and it has a reported range of over 300 miles. It carries a 300-kiloton warhead.

These missiles are also available to French Navy Rafale M fighters that operate from the nuclear-powered aircraft carrier Charles de Gaulle. The carrier is currently on an operational cruise in the Mediterranean although France has a policy of ambiguity as to whether nuclear missiles are kept onboard the carrier, stating that they are not embarked during “normal circumstances.”

Even assuming that there are no nuclear weapons aboard the Charles de Gaulle, despite decidedly non-normal circumstances in Europe, France has set about ensuring that its nuclear deterrence capabilities are not only more survivable but also that they send a clear message to Russia during a period of unusual tensions in Europe. 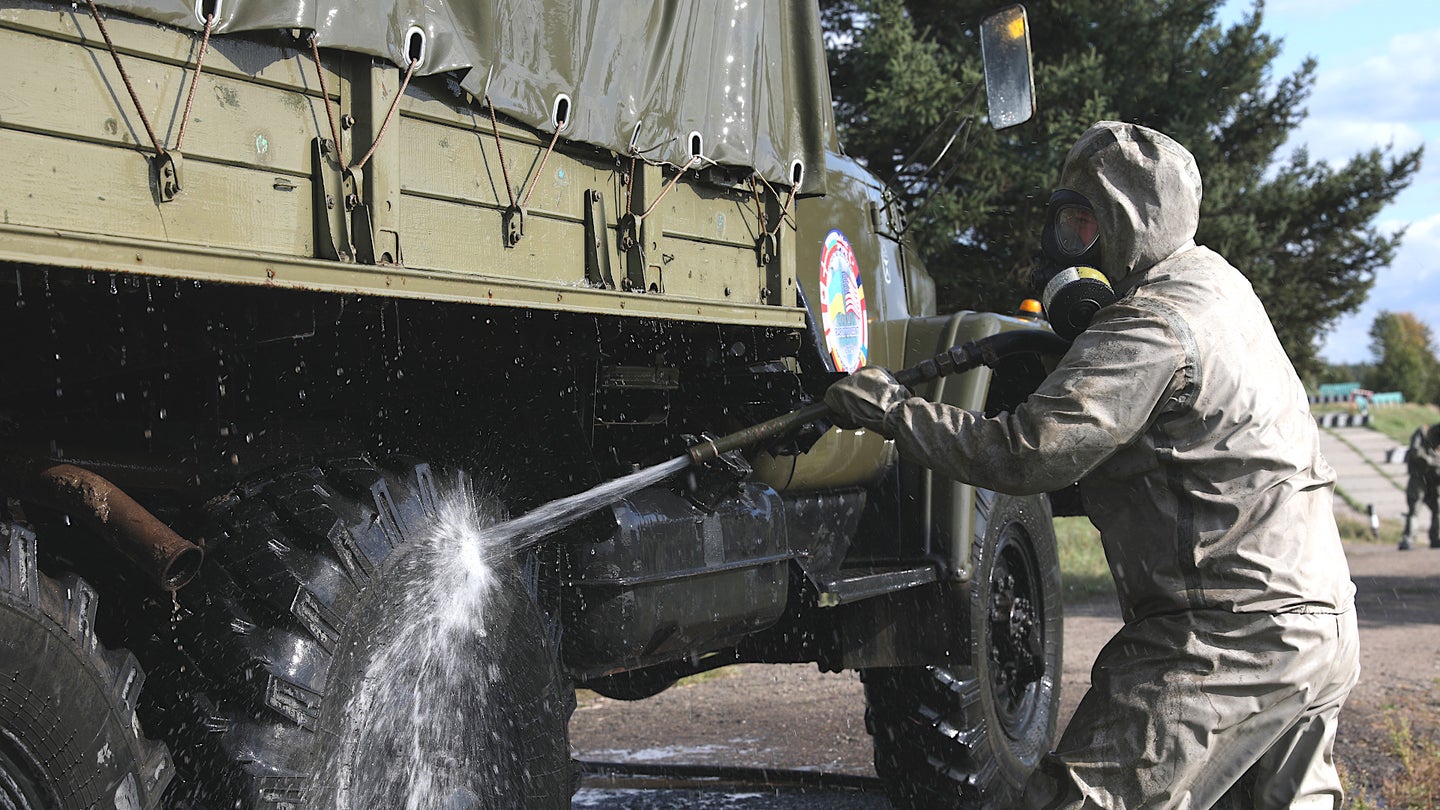 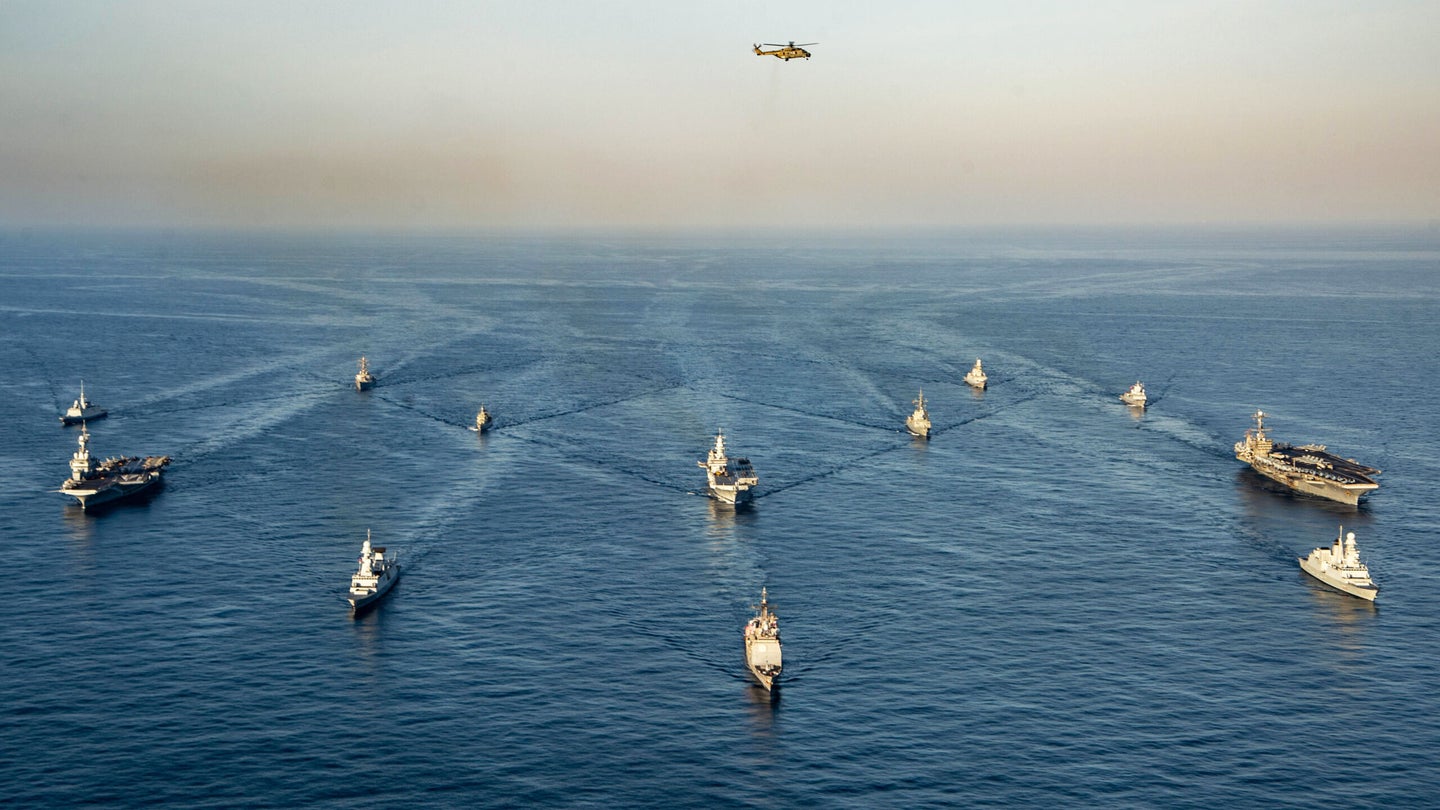 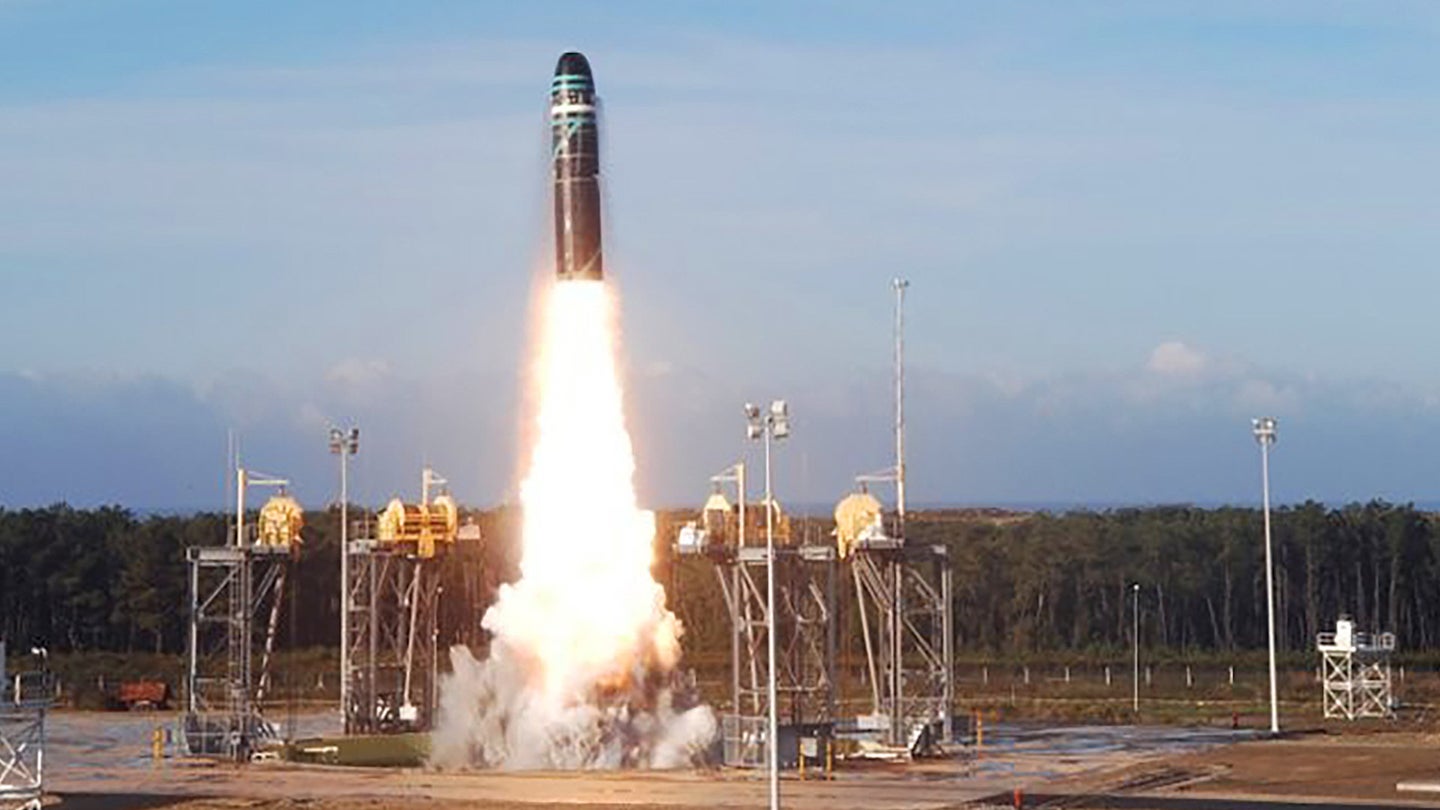 French authorities have confirmed that the test involved an M51 submarine-launched ballistic missile fired from a land-based facility.