Russian naval activity has been steadily increasing near the strategic Black Sea port city of Odesa. 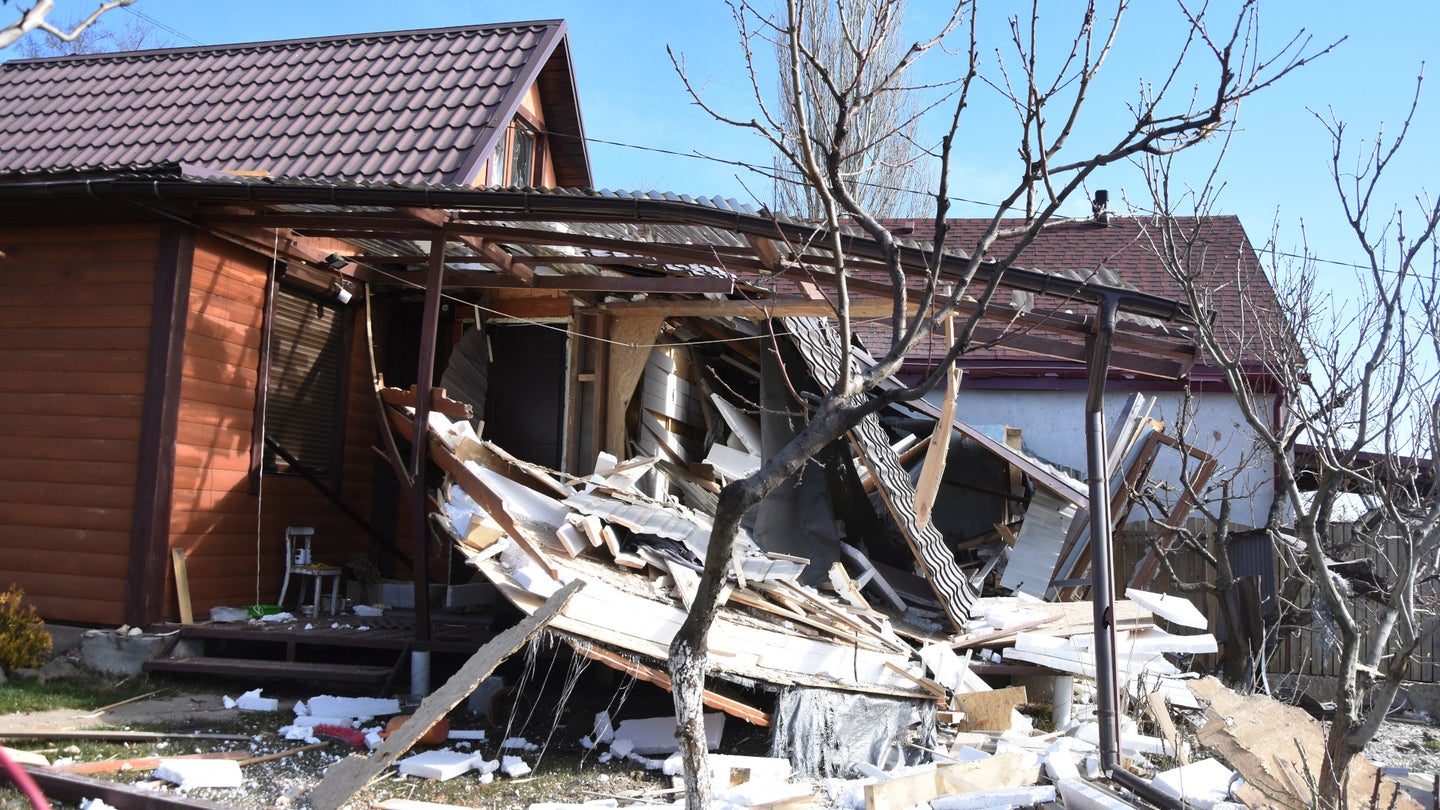 Ukrainian authorities say that Russian forces struck residential areas on the outskirts of Odesa today, the first such strikes targeting the strategic Black Sea port city itself since the opening salvos at the beginning of the invasion. This comes amid an increase in Russian naval activity in the Black Sea, raising new concerns that a new offensive in the area, possibly including amphibious landings, may come in the near term. Fighting remains ongoing elsewhere in the country, with the Russian military still primarily focused on encircling or trying to encircle various key cities. Ukrainian forces continue to frustrate efforts to surround the capital Kyiv and the country's authorities have rejected an ultimatum to surrender the port city of Mariupol on the Sea of Azov, which has been under siege for weeks now.

Readers can first get fully up to speed on what has already been happening in this conflict with our previous rolling coverage here and then jump into the latest news below.

You can find The War Zone's ongoing rolling coverage of the conflict in Ukraine here.

Local Ukrainian authorities in Odesa said earlier today that a Russian bombardment had damaged a number of buildings in the city, but has caused no casualties. Pictures and videos have since emerged showing some of the damage from these strikes.

“These are residential buildings where peaceful people live,” Gennadiy Trukhanov, mayor of Odesa, said in a statement after the strikes. “We will not leave Odesa and we will fight for our city.”

It's not clear what weapons Russian forces employed in these strikes. However, multiple videos are now circulating online that show what appears to be at least two Russian warships and shells hitting the water just off the coast of the city. Naval expert H.I. Sutton says that at least one of the ships looks to be a Russian Navy Project 11356 Admiral Grigorovich class frigate, two of which, the Admiral Essen and the Admiral Makarov, are known to be operating in the Black Sea at this time.

It's not immediately clear if the video footage shows Russian shells falling short of the shore, possibly deliberately in order to intimidate the defenders or for some other purpose, or Ukrainian forces attempting to return fire over the shelling of areas of Odesa. H.I. Sutton says that a Ukrainian air defense site is relatively close to the shore where at least some of this naval activity appears to have taken place.

Separately, a senior U.S. defense official said today that there have been indications of increased Russian naval activity off Ukraine's Black Sea coastlines, with at least a dozen of the country's warships presently deployed in that body of water. They said that some of these ships have been involved in the bombarding of Odesa and surrounding areas. Minesweepers are also present in this force, which could be especially useful for ensuring a clear path to the shore during amphibious landing operations.

British authorities had also said yesterday that Russian forces appear to be trying to advance west from Crimea as part of a push toward Odesa.

Additional imagery has emerged of the aftermath of a Russian attack on a shopping mall and surrounding area in Kyiv. The Russian military has released video footage, which appears to have been shot using a drone, that it claims shows that Ukrainian rocket artillery units have been operating in this area of the city. A picture has emerged online that could show military vehicles parked underneath a gym adjacent to the mall.

A senior U.S. defense official said today that Russian forces on the ground have still not made any substantial progress in their attempt to push into the Ukrainian capital. American officials have assessed that the continued stand-off bombardments of this and other major cities in Ukraine is a sign of desperation and an attempt to bolster the Kremlin's position at the negotiating table.

A senior U.S. defense official said today that Russian forces on the ground have still not made any substantial progress in their attempt to push into the Ukrainian capital. American officials have assessed that the continued standoff bombardments of this and other major cities in Ukraine is a sign of desperation and an attempt to bolster the Kremlin's position at the negotiating table. British authorities have made similar assessments in the past 24 hours.

Ukrainian authorities have rejected the Russian government's ultimatum to surrender the port city of Mariupol on the Sea of Azov, which occupies a highly strategic position between western Russia and occupied Crimea. Gaining full control of this area in order to form a landbridge to the Cimrea Peninsula has been a key objective for Russian forces since the invasion began, but defenders in Mariupol have now held out for more than three weeks despite a punishing siege. Thousands of civilians continue to be trapped in the city.

Video today from Russian quasi-state media outlet RT shows armored vehicles and other equipment being offloaded at the captured port of Berdyansk on the Sea of Azov to the south of Mariupol.

Ukrainian authorities now say that an ammonia leak resulting from a Russian artillery barrage of the northeastern city of Sumy has turned out to be less serious than originally feared and poses no immediate danger to civilians in the area. Initial reports about the incident had also raised concerns that the Russian government, which has made entirely unsubstantiated allegations that Ukrainian authorities may be preparing to launch chemical and biological weapon attacks, might attempt to leverage it for purposes of misinformation.

During a daily call with reporters today, a senior U.S. defense official would not confirm or deny that Russian forces had employed one or more Kinzhal air-launched hypersonic weapons in the conflict in Ukraine, as Russia's military has recently claimed. That individual said that the use of Kinzhal would be "a bit of a head scratcher to be honest with you," asking "why would you need a hypersonic missile fired from not that far away to hit a building?" These are among the questions that The War Zone has asked following initial reports about this weapon's use and you can find our deeper analysis in these reports here.

Regardless of whether or not Kinzhal has been employed, Russian forces have now fired more than 1,100 cruise and ballistic missiles at targets in Ukraine, according to the U.S. military. American officials have also observed a surge in Russian air activity recently, but the country's military still has yet to achieve air superiority in Ukrainian airspace.

Despite the Russian military having deployed around 75 percent of its active-duty battalion tactical groups, the country's primary ground combat units, to fight in the war in Ukraine already, there are indications that discussion may be underway around sending more to the front, according to the U.S. military. Around 60 percent of the Russian armed forces' fixed and rotary-wing combat aviation capabilities are currently supporting the Ukrainian operation, as well. American officials have assessed that Russia has lost just over 10 percent of the total combat capacity it had arrayed around Ukraine in the lead-up to the invasion as a result of the fighting so far.

Russian forces continue to make heavy use of unsecured communications systems, according to a senior U.S. defense official.

The Russian government has reportedly warned the U.S. ambassador to the country that official U.S.-Russia ties could be at risk.

Meanwhile, Russia has laid down a short timeline for surrender in the besieged port city of Mariupol.