A satellite image The War Zone has obtained from Planet Labs confirms that Ukrainian forces have damaged and destroyed a number of Russian helicopters, and caused other damage, in an attack on Kherson Airbase in the southern part of the country today. This is the second major Ukrainian attack in as many weeks on this base. Russian forces first claimed to have taken control of Kherson, which occupies a strategic location on the northern shore of the Dnieper River, some two weeks ago.

The image, portions of which are seen below, was taken at 11:35 AM UTC, or 1:35 PM local time on March 15th, 2022. Multiple large fire sources, including a number of burning helicopters, can be clearly seen on one of the base's main ramps. Thick black smoke emanating from various points could well be obscuring additional damage beyond what is readily visible. There do appear to be other fires burning under the smoke plume, indicating core infrastructure at the base was also damaged or destroyed. A number of other small fires burn around the base — which is just covered with vehicles following Russia's seizure of it — as well.

There are destroyed helicopters visible elsewhere around the airfield, as can be seen below on the facility's northwest landing pads area. However, none of them appears to be actively burning and some of these losses are the result of prior attacks.

You can view the full high-resolution satellite image that The War Zone obtained by clicking here. The one below has been downsized to provide an overview for this article.

Reports that Ukrainian forces had used unspecified weapons to strike Kherson Airbase, which is collocated with the Kherson International Airport, began to emerge on social media earlier today. Pictures and videos showing a large plume of black smoke rising from the facility have also been circulating online. Heat mapping data typically used to track forest fires had already indicated that there were a number of significant fires at the airfield.

The Planet Labs satellite image that The War Zone obtained also underscores how much of a target-rich environment the base is at present, both in terms of aircraft and ground vehicles, some of which may have been left behind by withdrawing Ukrainian forces. Previous satellite imagery had indicated that Russian forces had moved dozens of helicopters to Kherson Airbase after taking control of the city. In addition, an absolutely massive number of vehicles are now there, which were not present in a prior image taken on February 28th.

Though it is unknown what type of weapons Ukrainian forces may have employed in today's attack, there are indications that they have previously used artillery rockets to strike Kherson Airbase. On March 7, Ukrainian officials claimed to have destroyed 30 helicopters in an earlier attack, but satellite imagery that subsequently emerged showed more limited destruction. The base is now pock-marked all over with impact craters, which indicates indirect fire, and likely rockets, did the damage.

Though the full of extent of the damage caused by both attacks remains unclear, there seems to be little doubt that Russian forces have sustained significant losses in both instances and that their Ukrainian opponents continue to have the ability to hold the base at risk.

A new Maxar image of Kherson Airbase taken today shows even more damage than was visible in the shot The War Zone obtained yesterday.

Video footage reportedly shot by Russian forces within Kherson Airbase after the attack has now emerged online. Though unconfirmed, what is seen in the clip, including multiple damaged and destroyed helicopters and ground vehicles, is well in line with what is visible in the latest available satellite imagery and depicts widespread destruction at the base.

Editor's note: Pulled an update on additional airframe identification as we want more perspectives to make a definitive call. 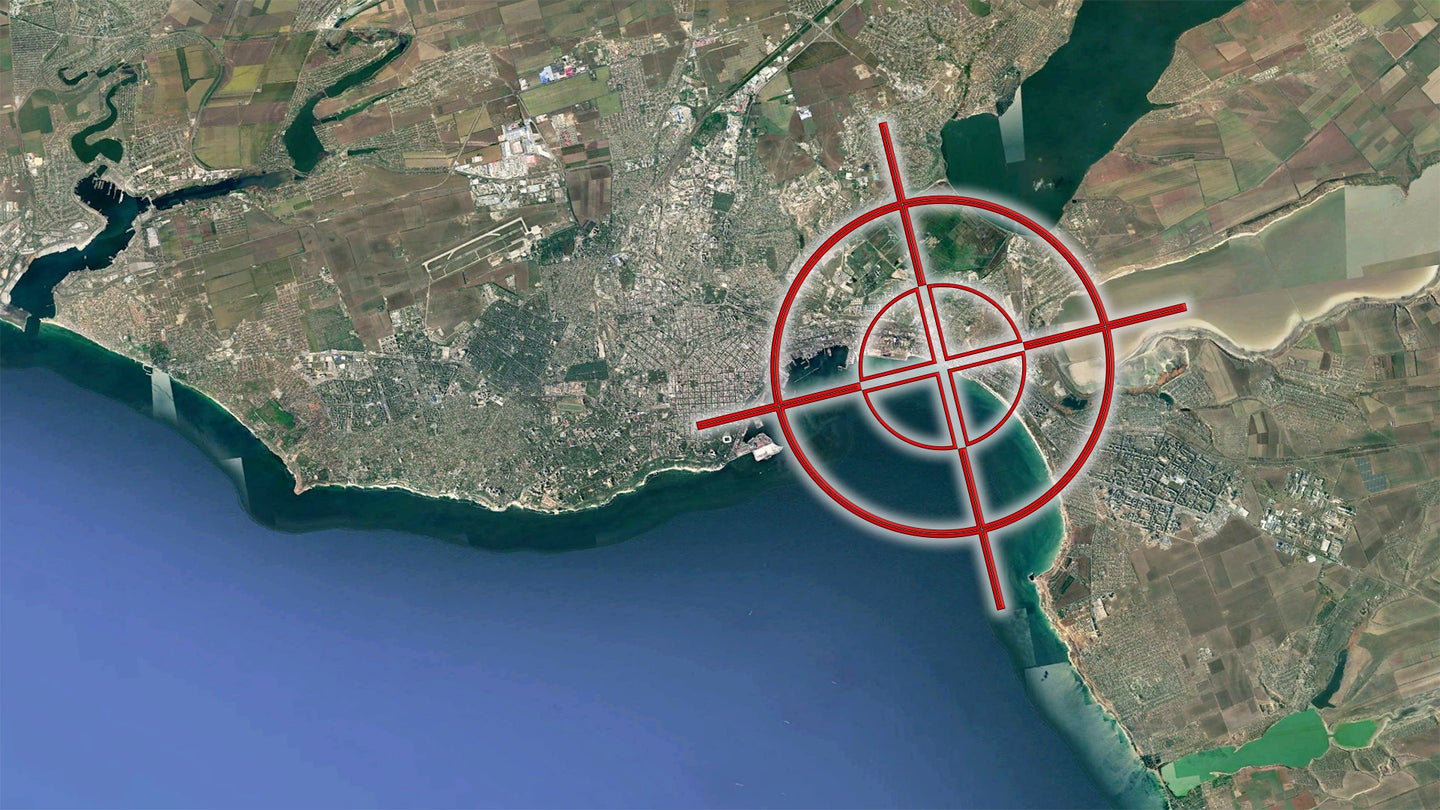 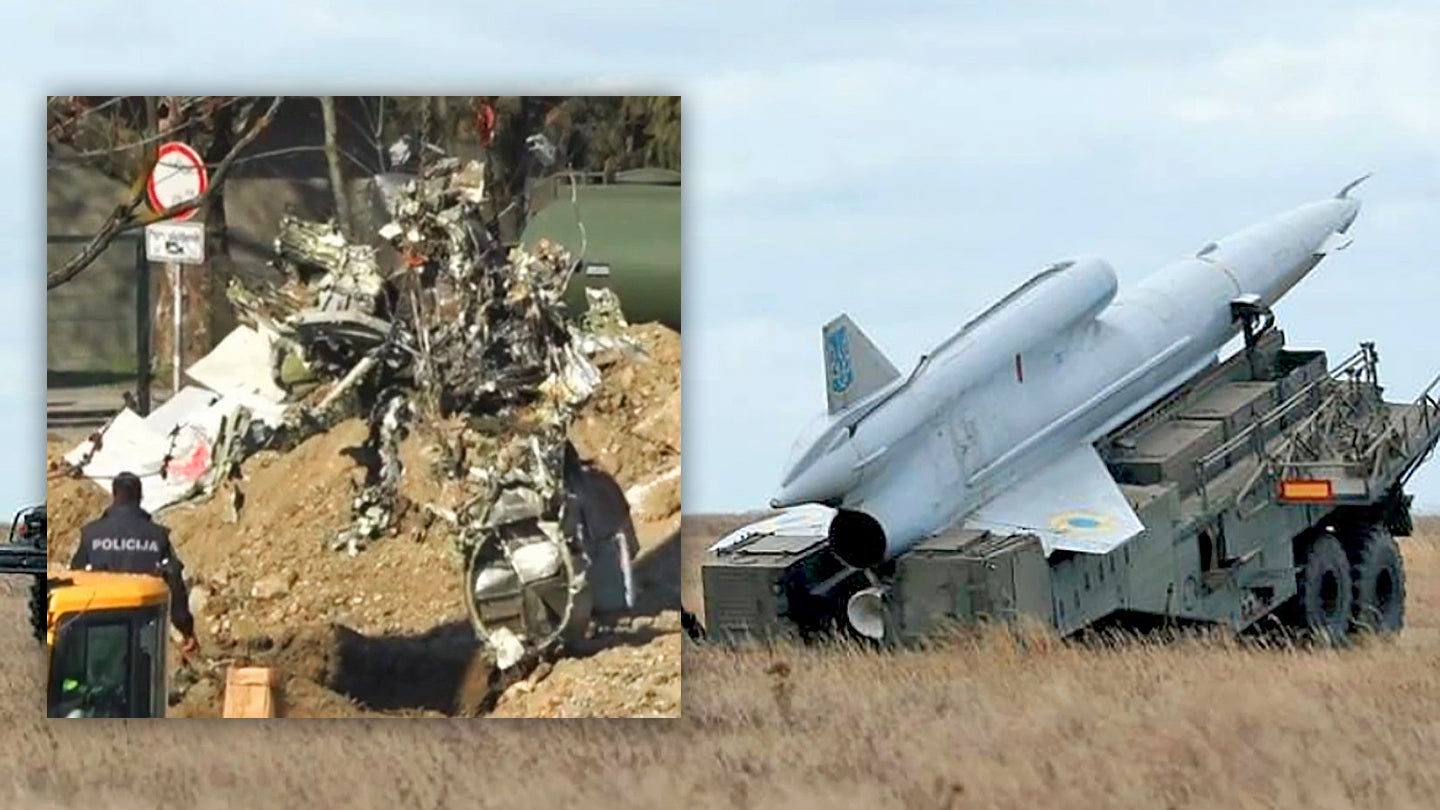 The Tu-141 high-speed drone that crashed in Croatia’s capital was armed with a bomb, according to the country’s Minister Of Defense.