Here’s a full update on the current state of play in Ukraine as the conflict approaches the three-week point. 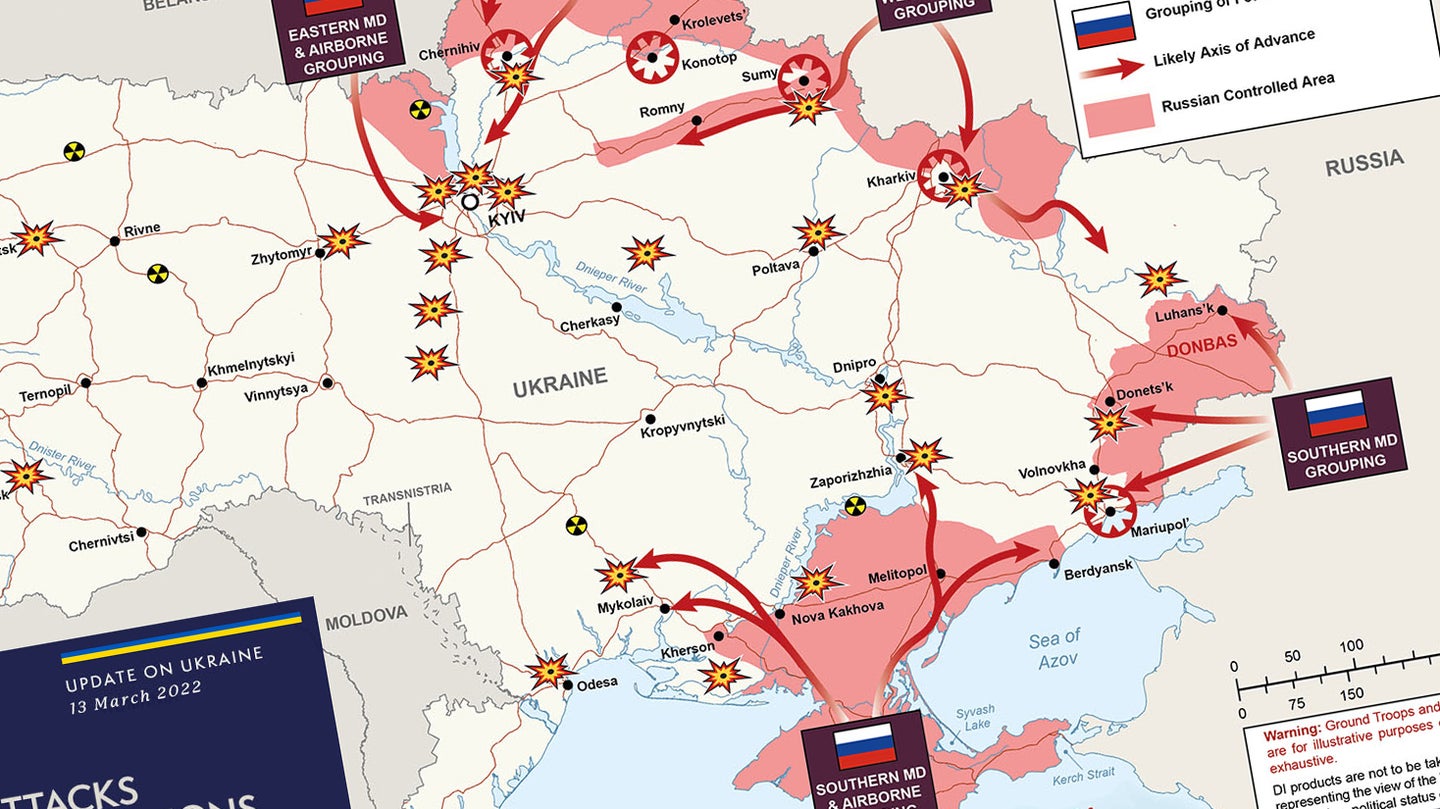 As Russia’s invasion of Ukraine continued Sunday with unprecedented missile strikes near the Polish border and ongoing clashes, the fighting reportedly killed an American journalist and documentarian Brent Renaud. Journalists at and near the frontlines have reportedly been shot by Russian forces, as evidenced in a harrowing video of a SkyNews crew’s ambush near Kyiv. Renaud’s death and the serious wounding of another American reporter, Juan Arredondo, as they passed a checkpoint in the contested city of Irpin represent the latest instance of noncombatants targeted in the war.

Be sure to check our most recent rolling coverage update to get up to speed. Now here are the most recent developments out of Ukraine:

Readers can find our continuing rolling coverage of the conflict in Ukraine here.

News of Renaud’s death spread quickly after Andriy Nebytov, Kyiv’s regional police chief, posted a graphic photo of Renaud’s body on Facebook, along with Renaud’s New York Times press badge and passport. Arredondo, who was taken to a Kyiv hospital, reportedly told first responders he and Renaud went to get footage of people leaving Kyiv and were shot by Russian troops after passing a checkpoint.

You can read our full report on Russia's cruise missile strikes against weapons shipments right next to the Polish border by clicking below:

The latest information from the British Ministry of Defense indicated continued Russian efforts at encirclements and heavy losses in those attempts.

One avenue of getting more S300 air defense system capability to Ukraine could be opening up:

Zelensky is out and about more than ever, for better or worse, this time visiting the wounded in a local hospital:

No Sweden will not be fast-tracked into NATO just this minute:

First we have seen of weaponized hobby/commercial drones in Ukraine:

Russia appears to be attempting a bridging operation in hotly contested Hostomel to the northwest of Kyiv:

Open-source tracking of Russian losses to date now indicates at the very least 200 Russian tanks have been knocked out in the war. The real number is likely quite higher. Those losses are also reflected in continued efforts by Ukrainians to recover abandoned or damaged military vehicles. This video shows a tractor pulling a T-72, or what’s left of it, after a large explosion blew away its turret.

The losses may further have pushed Russia to seek help from one of its few, if seriously influential, remaining allies: China. The Financial Times reported Sunday afternoon that U.S. officials said Russia had asked for military assistance and aid from Beijing.

While Sunday in Ukraine began with reported cruise missile strikes on western Ukraine, at least one Russian aircraft was shot down early Sunday morning.

Chechen fighters loyal to leader Ramzan Kadyrov have been documented in clashes with Ukrainian forces and reportedly taken heavy casualties in those clashes. But videos circulating on Twitter appear to show Kadyrov himself meeting with Chechen commanders near the front in Ukraine.

Russia continued its foray into the information war, releasing further footage of strikes by UAVs against Ukrainian rocket artillery.

In Russian-occupied territory, many citizens remain defiant. Large protests against occupying Russians continued in Kherson and Berdyansk, with reports that Russian forces shot at least one protester in Kherson.

The protests come as it appears Russia is attempting to consolidate control over its occupied territories in southern Ukraine in the form of a new government with a supposed “referendum” on the Kherson People’s Republic. In name and suspected function, it appears similar to the puppet governments established in Donetsk and Luhansk in separatist regions of eastern Ukraine.

After the reported kidnapping of the mayor of Melitopol by Russian forces, a local lawmaker made a video plea against continued protests. It isn’t immediately clear whether this is an impassioned effort to stop violence in occupied territory, made under duress, or the emergence of collaboration with the Russian forces.

Lastly, it appears Russian amphibious landings near Odessa are back in play. After loitering off Crimea for some time, an amphibious assault failed to manifest last week. Now satellite imagery reportedly shows that the Russian landing craft are back at sea from Crimean ports.

We will continue to update this post until it’s noted otherwise.

The cruise missile strike alarmingly close to the Polish border comes a day after Russia warned it considers arms shipments to be legitimate targets.