Ballistic Missiles Strike Near U.S. Base in Erbil, Iraq (Updated)

The missiles were likely launched from Iranian territory.

Footage posted to social media reportedly shows the impact of at least five projectiles in Erbil, Iraq near a U.S. military base and consulate. Unconfirmed reports indicate the attacks involved Fateh-110 ballistic missiles launched from Iran, not smaller rockets or artillery shells used in numerous previous attacks against U.S. installations in Iraq. Even if artillery rockets were used, they would have had to of been quite large.

There are no immediate reports of casualties or U.S. retaliation for the reported attacks. If confirmed, the attack would be the first of its kind since a coordinated missile strike against U.S. forces in Iraq in January 2020. Those attacks came after a U.S. drone strike killed Qasem Soleimani, a top Iranian commander, on Baghdad’s Airport Road.

Sunday’s reported attacks come three days after two Iranian Revolutionary Guards Corps members were reportedly killed in Syria in an Israeli airstrike. While smaller rocket and mortar strikes by Iran-backed proxies in Iraq and Syria, as well as suicide drone attacks, have become more common since the 2020 missile attack, ballistic missiles have not been used since.

Their reported launch from Iranian territory outside Tabriz would further represent a dramatic escalation, one that would likely warrant U.S. retaliation. The U.S. did not retaliate after the January 2020 missile attack and while dozens of soldiers were reportedly injured, no one was killed.

The attack also comes as the U.S., Iran, and other nations, continue talks in Vienna regarding the Iranian nuclear program in search of a new deal after the U.S. withdrew from the Joint Comprehensive Plan of Action in 2018.

We must stress that these reported details could change significantly as this story is still rapidly evolving. We will report back as soon as more information comes available.

More video coming in from the scene as well as some damage and casualty assessments:

This video is unconfirmed, but appears to show the launch of ballistic missiles:

Possible geolocation of launch/video recording site, which makes some sense:

We should be getting an official statement out of the US soon.

The targeting is what is key here. If Iran targeted something under construction or an area where nobody should be, the messaging is focused on displaying/reminding/signaling the capability and the will to use it. Russia is also close to Iran. This is a very convenient distraction, although that is just conjecture. If this target area was a place where people usually are, along with other operational capabilities, the intent changes. Regardless it is a major escalation, but maybe not one worth meeting at this time considering everything else going on in the world.

Iraq says it is launching an investigation into the "bombing incident." Very strange language for this type of event:

Just in from a State Department spokesperson:

There is no damage or casualties at any U.S. Government facility.

The incident is being investigated by the government of Iraq and the Kurdish Regional Government and we refer you to them for comment.

We condemn this outrageous attack and display of violence.

This statement is very vague and lacking in detail considering the nature of the attack. It seems clear the U.S. is looking to downplay this attack.

No surprise here, but the missiles appear to have emanated from Iran.

We were under the impression that a Patriot battery was still in place in Erbil to protect facilities near the impact area and the general area overall. Why wasn't the Patriot battery activated? Maybe it was, but there is no evidence of that at this time and it is hardly something that would be missed. Then again, maybe it was withdrawn as part of a larger drawdown of air defense systems from the region in mid-2021, some of which were deployed only after the 2020 Iranian ballistic missile attacks in Iraq.

Hezbollah-affiliated Al Mayadeen news outlet cited Iranian sources as saying that the attack was not related to Israel's alleged killing of two Iranian Revolutionary Guard members in Syria last week, but rather to other Israeli operations against Iranian targets.

The report said that the ballistic missiles were fired at Mossad headquarters in Erbil, and that there have been casualties at the site. It also mentioned that Iranian intelligence agents took down an Israeli spy ring operating in the country in an attempt to recruit local agents.

U.S. and Iraqi officials maintain that nothing of significance was hit and that there were no casualties.

Iran's bizarre claims just add to the strange circumstances of this attack and the response to it.

We also have new video from within and outside television station during the attack: 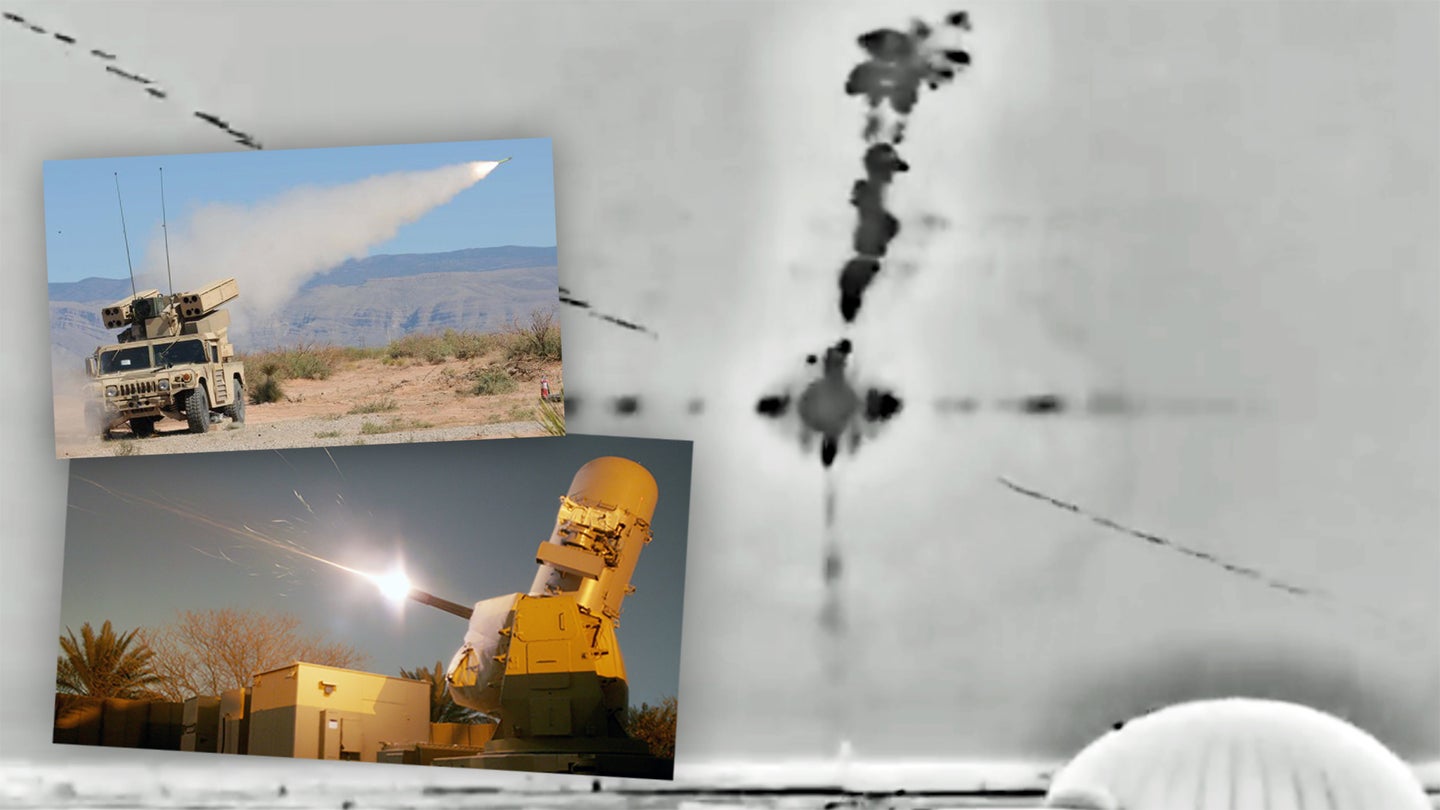 There have been two unsuccessful suicide drone attacks in as many days targeting facilities in Iraq that host American troops. 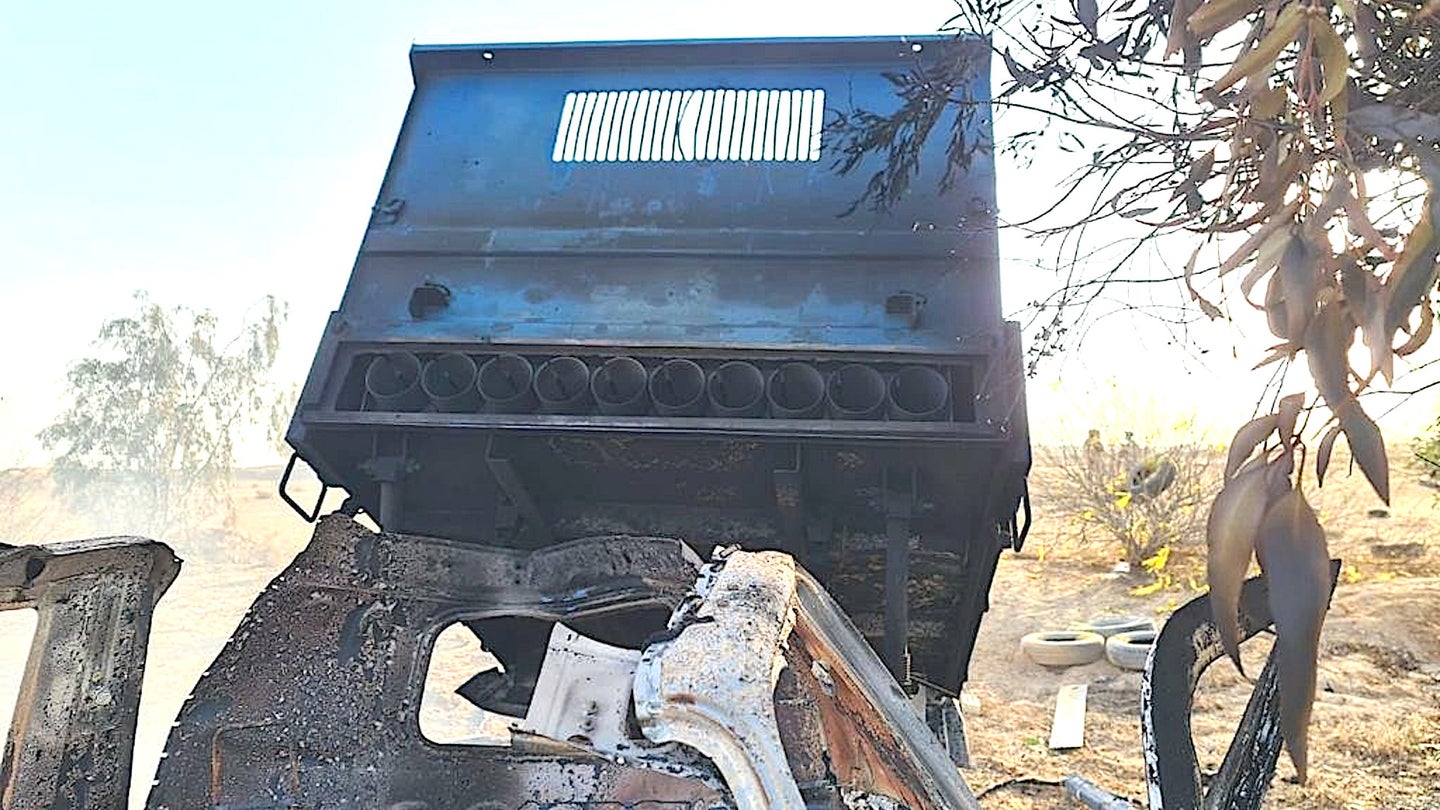 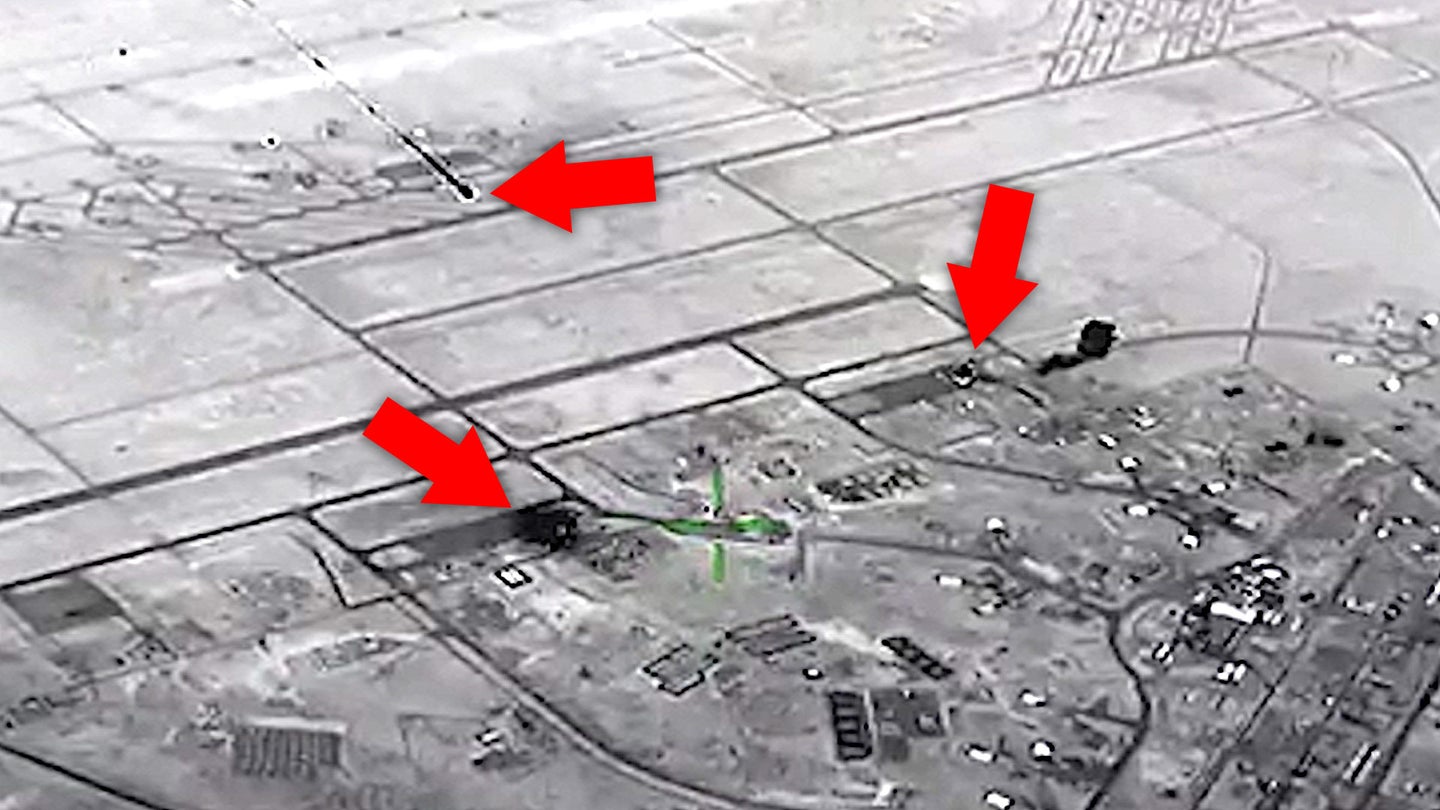