India Admits It Accidentally Fired A Cruise Missile Into Pakistan

It’s still a mystery how the so-far officially unnamed missile managed to misfire and veer into Pakistani territory. 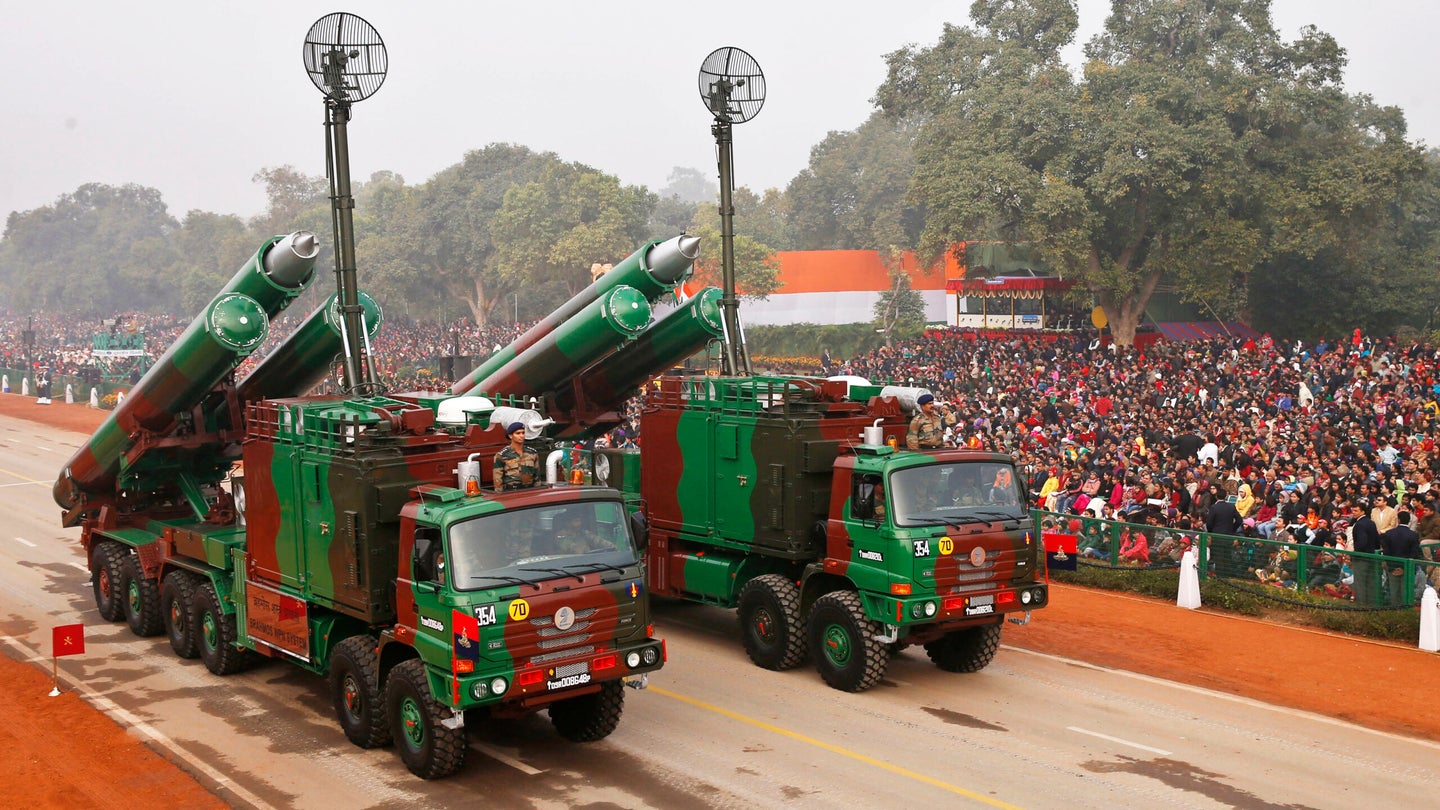 India accidentally fired a so-far unidentified missile into Pakistan earlier this week, the country’s government admitted today. The incident had been widely reported by unofficial channels but has only now been confirmed, with the Indian Ministry of Defense attributing the cause to a “technical malfunction.” With long-running tensions between India and Pakistan, and sporadic clashes in border areas, this was clearly a very serious incident and potentially one that could have triggered a military response from Pakistan, had it been misconstrued as an attack. Both countries possess nuclear arsenals, although the missile involved appears to not have been nuclear-capable and reportedly had no warhead of any kind fitted.

The Indian Ministry of Defense’s statement about the incident, which took place on March 9, stated that the accidental firing took place during “routine maintenance” and that an inquiry has now been launched to determine what went wrong.

“While the incident is deeply regrettable, it is also a matter of relief that there has been no loss of life due to the accident,” the statement concluded.

The missile came down in a residential area near Mian Channu in the Khanewal district of the eastern Punjab province. Its impact did not lead to any loss of life, but it reportedly did cause some damage to civilian infrastructure. Photos of the wreckage soon appeared on social media.

The missile in question was not identified by India but the Pakistani Ministry of Defense described it as an “unarmed supersonic missile,” suggesting that it may have been an example of the BrahMos, a ramjet-powered weapon that is fielded by India in air-, ground-, and ship-launched versions. Jointly developed by India and Russia, the BrahMos has a range of up to 310 miles and can be fitted with a high-explosive or a submunitions warhead; there have been rumors of a potential nuclear-armed variant but there is no evidence that such a version is currently in service.

It’s unclear if the missile had been undergoing routine maintenance or whether it was being worked on as part of some kind of military exercise. It’s notable that India and Pakistan have an agreement in place to notify each other ahead of flight tests of ballistic missiles and major exercises. With this in mind, it’s possible that authorities in Pakistan had been forewarned that drills were taking place and possibly even that they involved this particular type of missile.

Regardless, the Pakistan Air Force said it was able to track the missile’s flight path from its “point of origin near Sirsa in India,” according to Pakistani Ministry of Defense spokesman Maj. Gen. Babar Iftikhar. “The flight path of this object endangered many domestic and international passenger flights both in Indian and Pakistani airspace as well as human life and property on the ground,” he added. Reports state that, for at least some of its flight, the missile was flying at 40,000 feet and reached a top speed of Mach 3.

Pakistan claims that the missile was headed to the Mahajan Field Firing range in Rajasthan but veered westwards, entering Pakistani airspace, after what their authorities described as a “sudden maneuver.”

Based on timings provided by Pakistan, the missile was airborne for just seven minutes before impacting near Mian Channu.

For use against ground targets, the BrahMos has a combined inertial navigation system (INS) and GPS guidance, with a radar seeker provided for the terminal phase.

While the ground-launched BrahMos system is not known to be normally based near Sirsa, the missiles are transported and fired from trucks, which are inherently mobile and could have been moved to the area from where it was said to be launched. Aside from that, there remains the question of whether Indian missiles, conventionally or nuclear-armed, are maintained in a ready-to-launch status and aimed at targets in Pakistan.

Pakistan has officially voiced its concern about the incident, summoning India’s Charge d’Affaires today to convey “strong condemnation of this blatant violation of Pakistani airspace in contravention of the established international norms and aviation safety protocols,” according to a statement from Pakistan’s Ministry of Foreign Affairs.

While Pakistan and India have long endured hostile relations, in 2019 matters came to a head with the most serious outbreak of violence in recent years. This was triggered by a suicide bomber’s attack in the disputed Kashmir region that killed 40 Indian paramilitary police. It led to Indian airstrikes on an alleged terrorist training camp on Pakistani soil, and a series of disputed aerial engagements.

With both nations having nuclear arsenals, there have been warnings in the past of the potential for miscalculations or accidents leading to potentially catastrophic escalations. With this in mind, perhaps, Pakistan warned India “to be mindful of the unpleasant consequences of such negligence and take effective measures to avoid the recurrence of such violations in future.”

An unnamed senior Pakistani security official also told Reuters that the incident had caused some alarm and could have escalated into a “critical untoward situation.”

Whatever the cause of the mishap, it’s clearly fortunate that the high-speed missile that landed in Pakistan didn’t cause any serious injuries or worse. At the same time, with the risk of escalation inherent in the region, it is also perhaps fortuitous that its launch didn’t lead to a military response from Pakistan.