A bunker isn’t such a bad idea now, is it? 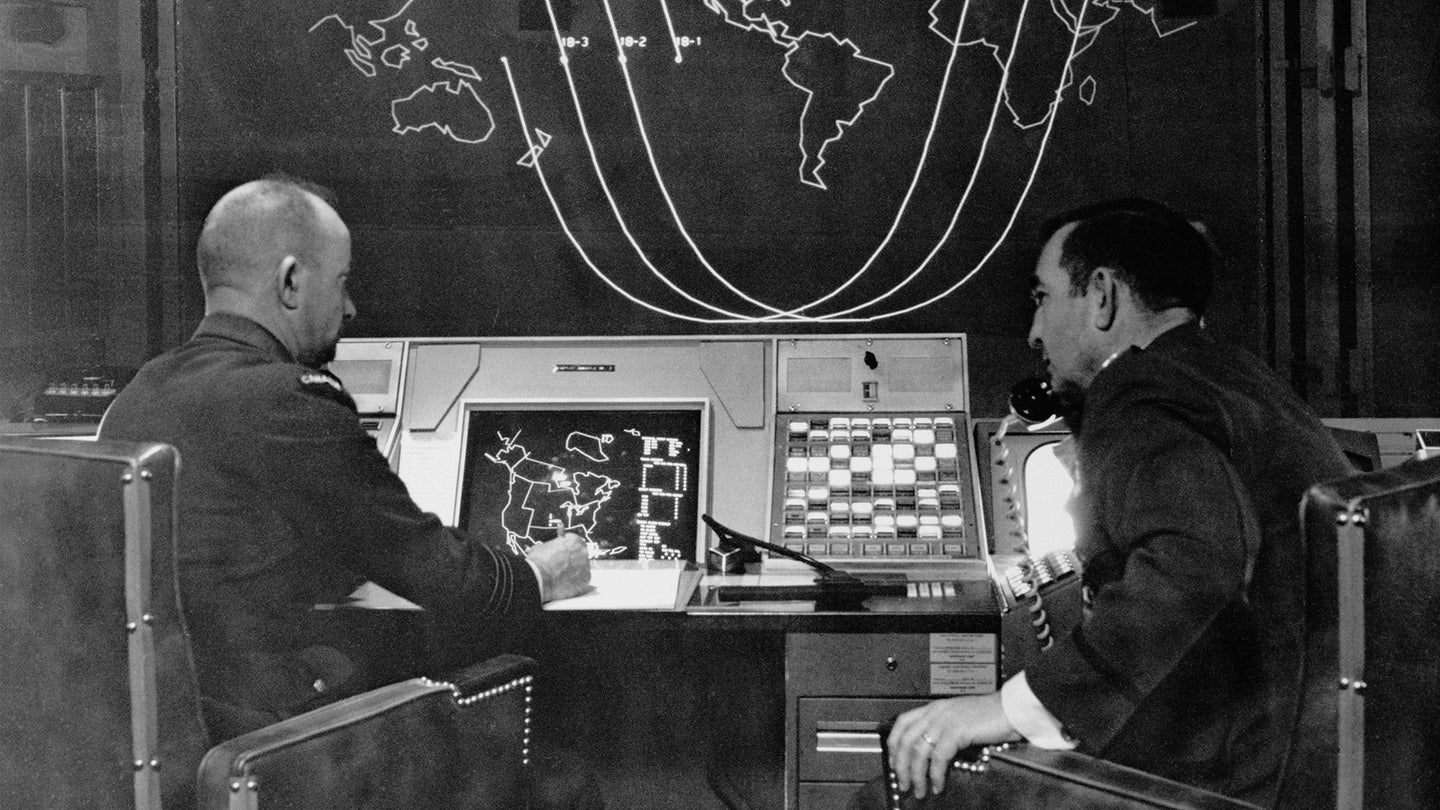 THIS BUNKER POST HAS ENDED AND PART II HAS STARTED HERE.

Space Tracks Underground. Colorado Springs, Colorado: There's something new under the ground at Colorado Springs. The North American Air Defense Command's Battle Staff inside Cheyenne Mountain there, can now see the routes space satellites will take in the future as they circle the globe. The NORAD Space Defense Center, also in the underground complex, has long had the capability to predict future positions of satellites. Center technicians and NORAD computer programmers have come up with a way to put those forecasts on the display screen in the Combat Operations Center. The result is that the battle staff can see the paths a satellite will follow for as many as 12 revolutions in the future. (Bettman/Contributor/Getty Images)