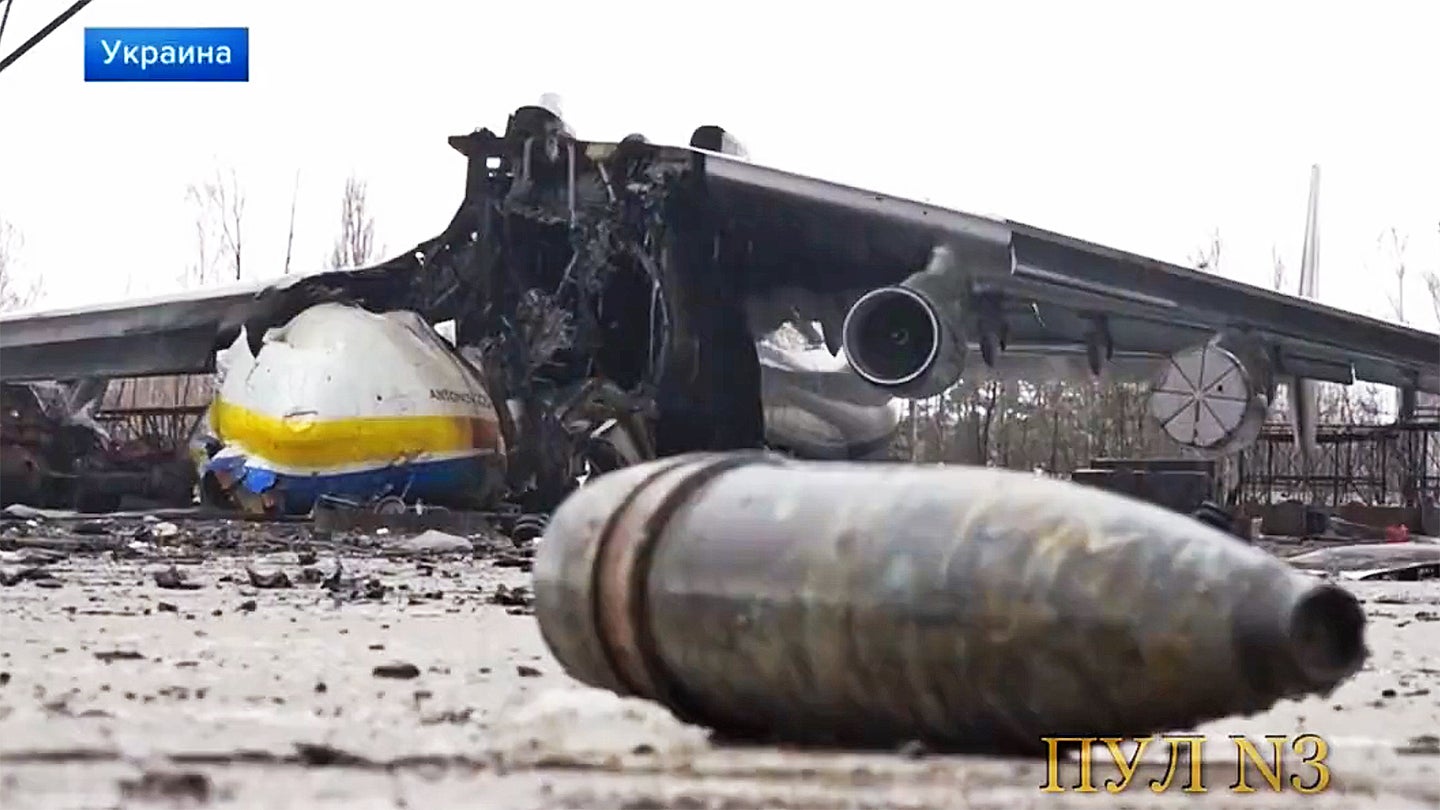 After a week in which the fate of the world's largest operational aircraft, the one-of-a-kind Antonov An-225 Mriya (Dream), hung in the balance, we now have our first clear view of its condition and it's anything but a pretty sight.

The giant cargo jet looks largely destroyed, with its nose, wings, and some of its engines badly damaged. Some of the empennage looks intact, but to what extent remains unknown. A satellite image from a couple of days ago shows the An-225's tail still in place, but now we know that was the best news hiding under the giant shelter at Hostomel Airport.

It's this airport, the place where Antonov Airlines bedded down their famous giant, that became one of the most hotly contested strips of land in all of Ukraine after Russia's invasion began. A pitched battle has been waged for it over the last week. In the process, massive damage has been done to the airfield and its flying inhabitants, including the prized Mirya. The airfield is located just to the northwest of Kyiv.

If Ukraine defeats Russia in the end, maybe the aircraft's undamaged parts can be used to help complete the remaining unfinished An-225 fuselage, but for now, that is just another 'dream.'

In the end airplanes, buildings, and ships can all be rebuilt or replaced. The mounting human suffering in this conflict, and the lives that have been lost in it, are the true tragedy. Lives simply cannot be replaced.

Still, that doesn't mean we still can't be angered and saddened by the loss of an aviation icon in a pointless war that should have never happened in the first place.

The Ukrainian Navy’s Flagship Appears To Have Been Scuttled

The pride of the Ukrainian Navy’s fleet, the frigate Hetman Sahaidachny, is now partially sunk.