608 U.S. Air Force F-16s Are Getting The Type’s Largest Combined Upgrade Package Ever

The project will add a new advanced radar, communications suite, and electronic warfare system to the best of the Air Force’s fleet of aging Vipers. 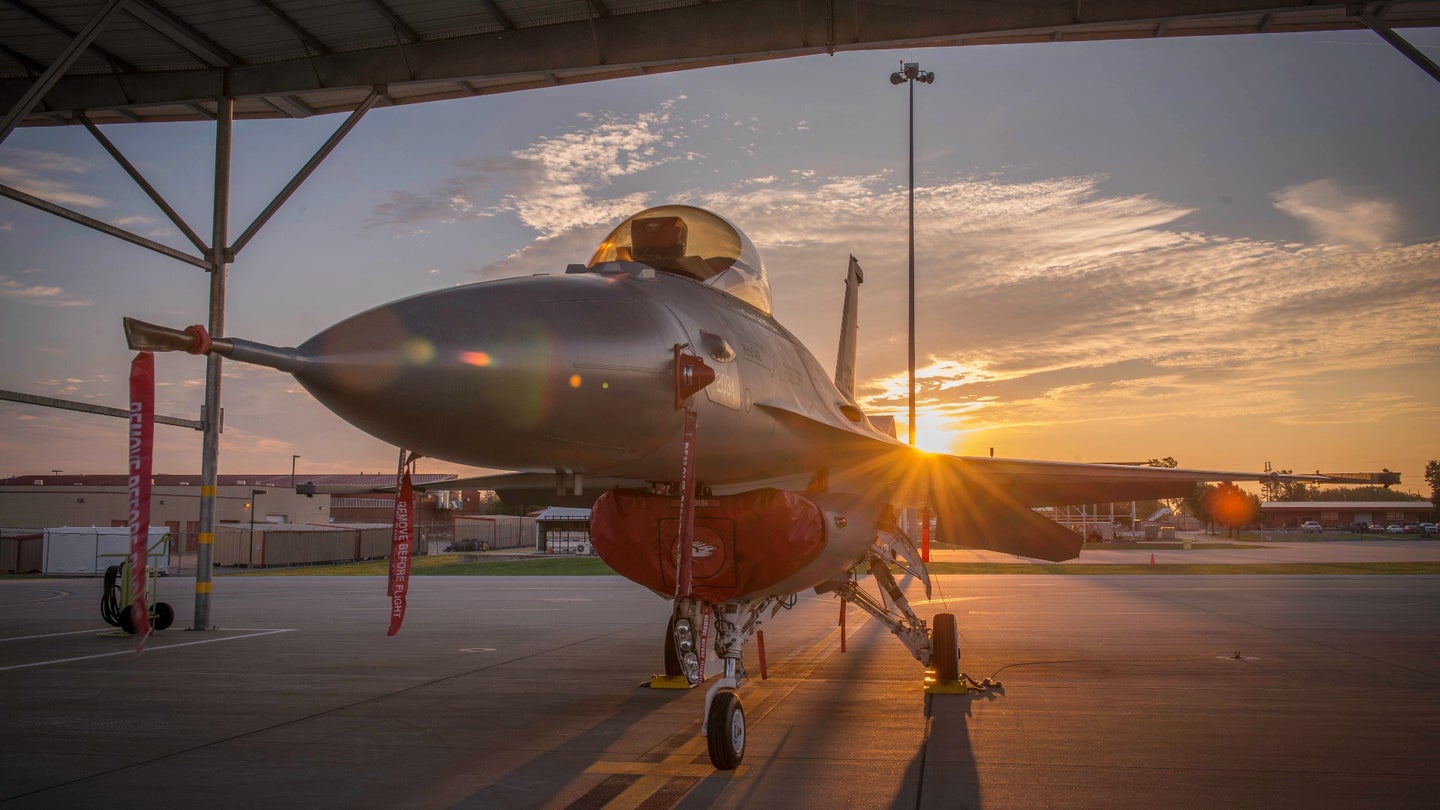 The Air Force Life Cycle Management Center has announced that hundreds of the service’s F-16s will receive a comprehensive package of modifications and upgrades. The modifications are intended to keep the aircraft effective against modern and emerging threats and help keep it in the air for the remainder of its extended operational life.

Air Force Life Cycle Management Center Public Affairs announced the modification program this week in a press release, naming the project, which merges a number of new and existing upgrade and service life extension pipelines together, as Post Block Integration Team or PoBIT. The release states the modifications will improve the lethality of the nearly 50-year-old design and “ensure the fourth-generation fighter remains effective in meeting current and future threats.” The program will involve more than 18 USAF bases, multiple contractors, and will cost an estimated $6.3 billion over "several years." The service states that many of these upgrades have already begun.

608 F-16s from Blocks 40/42 and 50/52 — the service's youngest F-16s — will receive a total of 22 modifications under the program. Planned updates include the addition of a Center Display Unit, a Programmable Data Generator, and “several other key hardware components to modernize the aircraft.” In addition, the F-16 will receive the AN/APG-83 Active Electronically Scanned Array radar (AESA), new electronic warfare capabilities, advanced mission computer, and a communications suite upgrade that includes an updated Link-16 datalink capability. The USAF says this new communication system will convert the fleet to “a high-speed data network.”

Oryan “OJ” Joseph, program manager with the Life Cycle Management Center’s F-16 Program Office, calls the program a “massive effort” and “a big deal for the Air Force.” Joseph says the package is a “collision of mods” that required careful planning in terms of when units will be able to make aircraft available for the modifications and which upgrades will be installed first. “There are a lot of variables, a give and take tug of war that we deal with every day on bringing down aircraft [for modifications] at the right time.”

1st Lt. Andrew Elledge, program manager for the USAF’s F-16 Program Office, says that “being able to keep the F-16 in the fight with the latest and greatest technology is the driving factor” behind the massive project.

The Viper’s new AESA radar system will allow the jet to detect and track targets at greater rangers and higher levels of precision, including targets at low altitudes or with small radar cross-sections and in dense electronic warfare combat environments. AESA radar systems were previously tested aboard Air National Guard F-16s in 2020. The Northrop Grumman AN/APG-83, also known as Scalable Agile Beam Radar, or SABR, is suited as a retrofit replacement for the jet’s current mechanically-scanned AN/APG-66/68 radar. The radar has been in use in Taiwan’s fleet of upgraded F-16Vs since 2017, and is found in new-production F-16C/D Block 70/72 aircraft. The USAF has also eyed the SABR radar for use aboard the B-52. SABR is already flying on a number of Air National Guard F-16s, including earlier Block 30 models, which you can read all about here.

While the USAF’s press release does not specify which “next-generation” EW system will be installed as part of this modification package, the service has previously selected Northrop Grumman to develop a new electronic warfare suite offering advanced countermeasure capabilities for the F-16. Northrop Grumman’s vice president of navigation, targeting, and survivability. Ryan Tintner said that the suite “will significantly increase protection to F-16 operators as they execute their missions in increasingly contested environments.” The system includes full-spectrum radar detection and has been designed to be interoperable with the AN/APG-83 SABR radar. Northrop Grumman says the system can be integrated both internally or in a podded configuration.

Many of these modifications have already appeared separately in other blocks or production versions of F-16s. Rather than representing a whole new set of capabilities, this new program is somewhat of a consolidation of many upgrade initiatives into a single effort and a plan to systematically install these throughout the wider fleet of aging F-16s. Just managing such a large fleet that exists in various configurations while it is under transition is no small undertaking, especially without tanking combat capacity.

After previously canceling scheduled upgrades to allocate more funds towards the F-22 and F-35 stealth fighters in years past, the USAF is now looking to squeeze more operational life out of the F-16 with this massive modification project. Lockheed Martin, the company that makes the Viper, already announced a Service Life Extension Program in 2017 that would extend the flight hours of 300 F-16s from Blocks 40 through 52 and keep them combat-ready through 2048.

The addition of these modifications will no doubt help see more of the F-16 fleet remains operational and effective for decades to come and serves as yet another reminder of the value and relevance the F-16 continues to bring to the Air Force's arsenal.

Top Aces has used major upgrades to turn some of the oldest F-16s around into the most potent private aggressors on the planet.

Northrop Grumman’s pair of reconfigurable CRJ testbed aircraft have been extremely busy as of late, including flying in major air combat exercises.