The service’s new radar system is said to be more advanced than existing radar or optical-based orbital space surveillance systems. 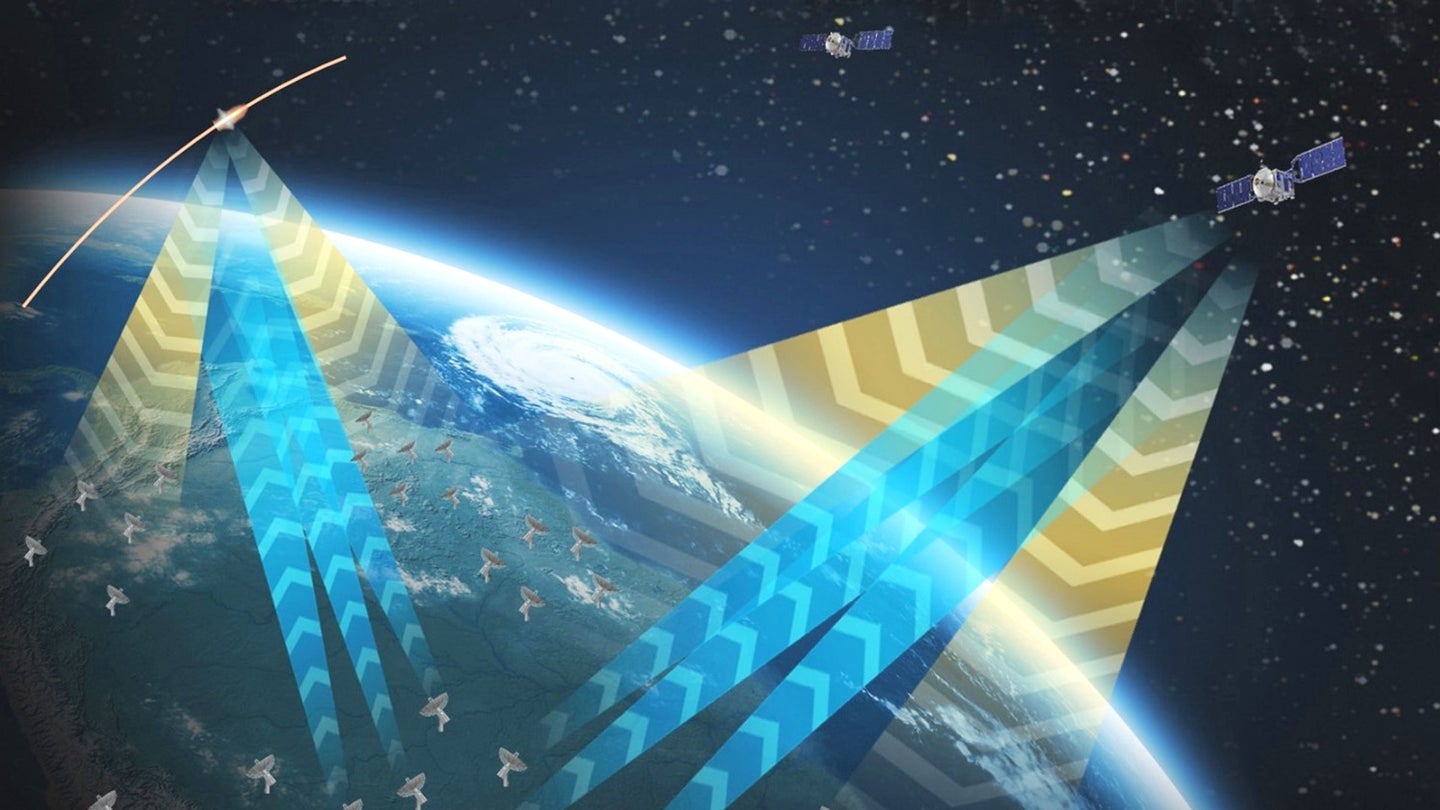 U.S. Space Force has awarded Northrop Grumman a contract to deliver a prototype of its new Deep-Space Advanced Radar Capability, or DARC, to help the service monitor objects in geosynchronous orbit. The new ground-based radar system will help Space Force detect and identify small space objects or satellites, prevent collisions with debris or other craft, and track potential threats in these distant orbits where many critical early warning satellites are located.

A Northrop Grumman press release published today states that the $341 million contract with Space Force's Space Systems Command (SSC) is to develop a prototype radar system for DARC Site 1, the first of three planned DARC installations. The first system is projected to be delivered in 2025 to an undetermined location in the Indo-Pacific region. Space Force is also eyeing locations in the United Kingdom and the continental U.S. for two additional DARC sites, planned for 2024 and 2025, respectively. Together, the three sites are projected to cost $1 billion, SpaceNews reports.

The DARC sites are intended to track satellites and space debris in geosynchronous orbit just over 22,200 miles from the Earth. Many details about the system remain unknown, but Space Force leadership has stated it will be more advanced than existing radar-based or optical space surveillance systems and will offer a greater degree of space domain awareness for geostationary orbit.

While Greiner calls these geosynchronous orbits “deep space,” most definitions state the beginning of this region to be much farther away, past the far side of the Moon, although there is no consensus on where it actually begins. It's possible the system is intended to look beyond geosynchronous orbits, a region of space for which the Space Force is developing concepts of operations.

In a December 2021 Space Force press release announcing the success of a DARC technology demonstrator, Greiner added that the system will ensure the service can “protect and defend our most valued space assets against adversarial action.” The demonstration saw a small-scale version of the system at White Sands Missile Range broadcasting signals at test objects in space.

Along with GSSAP, the DARC program would certainly boost awareness of these distant regions of orbital and cislunar space, where we have begun to see hints of just how warfare in space might be conducted in the near term. Last month, the Chinese satellite SJ-21 was seen using a robotic arm to grapple one of the nation’s defunct satellites before pulling it into a “graveyard orbit.” While there are benign, peaceful reasons for wanting to de-orbit dead spacecraft, the maneuver and others like it raise questions about these dual-use satellites and their potential for engaging in offensive operations.

Aside from these destructive capabilities, there is also the very real threat of non-destructive attacks. American satellites are currently facing reversible attacks such as jamming, laser dazzling, and cyber-attacks “every single day,” according to Space Force’s second in command General David Thompson. Just this month, current and former U.S. government officials told Breaking Defense that these types of attacks are “are not just possible but likely” in the event of a conflict between Russia and Ukraine.

A global system consisting of the three proposed DARC sites would go a long way towards tracking these potential threats. While it has not yet been determined where in the Indo-Pacific region the first DARC site will be located, Space Force already operates the $1.5 billion Space Fence facility on the Kwajalein Atoll in the Marshall Islands. Space Fence uses radar to track objects in low-Earth orbit, much closer than the projected target area of the DARC systems. USAF budget documents add that the DARC system will augment the existing Space Surveillance Network, which includes other facilities in this region as well.

In yesterday's Space Force press release, Greiner states that DARC is “a testament to our ‘Allied by Design’ approach where working in close collaboration and cooperation with our closest allies will produce a mutually beneficial partnership.” Space Force leaders have been outlining this “allied by design” concept in recent years in order to strengthen combined space capabilities along with allied nations. Deanna Ryals, chief of international programs at Space and Missiles Systems Center, stated last year that “everything that we are going to do to build a satcom [satellite communications] enterprise within the US Space Force is going to be done through ‘allied by design’” and that “everything that we do will be with international partners.”

That approach follows closely with the Pentagon’s new Combined Space Operations Vision 2031 initiative released this week, which brings together the United States, Australia, Canada, France, Germany, New Zealand, and the United Kingdom under a shared set of guiding principles for cooperation in space. The initiative aims to “improve cooperation, coordination, and interoperability opportunities to sustain freedom of action in space, optimize resources, enhance mission assurance and resilience, and prevent conflict.” A full description of the initiative can be read online.

Space Force’s development of the DARC system highlights how the Pentagon is increasingly concerned with protecting its satellites in geosynchronous orbit in addition to monitoring other nations' assets. That effort might even extend farther. Air Force Colonel Eric Felt, head of the Air Force Research Laboratory's (AFRL) Space Vehicles Directorate, said in 2020 that the laboratory is “working on technologies to expand space domain awareness above the GEO belt [...] all the way to the Moon and even a little bit beyond.” Felt added that “as commercial people move there, and our adversaries move there, that becomes an area where we need to know what’s going on up there.”

To that end, Space Force contracted the launch of two additional satellites last month for the Geosynchronous Space Situational Awareness Program, or GSSAP, in order to monitor satellites in this orbit and even capture close-up images of them. The GSSAP program is housed within Space Delta IX, the service's first unit devoted to orbital warfare which "conducts protect and defend operations from space and provides response options to deter and defeat adversary threats in space."

Space domain awareness has become a key talking point for Space Force, and while much of this effort is involved with ensuring satellites do not collide with one another or with space debris, the same infrastructure would no doubt be put to immediate use in response to U.S. assets being threatened in space. Many offensive satellite capabilities require the craft to maneuver in close proximity to their targets. To help detect and prevent these attacks, the USAF and Space Force have been developing a variety of new methods of tracking small objects in space, even in close proximity to one another, so that adversaries cannot sneak up undetected and manipulate them. Greater awareness of what is out there in orbit, where it is located, and how it is maneuvering will enable the Pentagon to potentially move its satellites out of the way or execute other countermeasures when adversaries come near, should the need arise. We've already seen this capability in action.

Underscoring the severity of these threats posed to U.S. space assets, Lt. Gen. Michael Guetleinn, commander of Space Systems Command, said today that Russian and Chinese anti-satellite weapons pose a “massive threat to our way of life,” and that the United States is currently "behind the power curve in delivering capability.”

As more of these space-based offensive capabilities continue to develop, Space Force and the Pentagon will no doubt continue to expand their capabilities to keep an eye on these areas of space far from Earth and the critical surveillance and early warning satellites that call them home.

The maneuver raises concerns about the potential militarization of satellites designed to inspect, manipulate, or relocate other satellites.

Two new satellites launched as part of Space Force’s push for more space domain awareness can get up close and personal with other objects in orbit.