The incident occurred in an approved landing zone located just a few hundred feet away from crowded ski slopes full of civilians.

The Utah National Guard has confirmed that two UH-60 Black Hawk helicopters were involved in a crash in Snowbird, Utah near the Snowbird Ski Resort at around 9:25 AM local time (MST). Fortunately, there were no serious injuries reported. Multiple videos have since surfaced of the dramatic mishap, showing the two Black Hawks landing in close formation before they are enveloped in a cloud of snow and crashing.

The incident occurred in an area known as Mineral Basin, a large bowl-shaped depression on U.S. Forest Service land just outside of Snowbird. Three hours after the crash, the Utah National Guard confirmed the accident on Twitter, adding that both UH-60s were damaged in the crash and that the incident is currently under investigation.

In a press conference held in Snowbird this afternoon, Utah National Guard’s Aviation Public Affairs Officer Jared Jones said that “aviation is an inherently dangerous business,” and “it was a blessing that everyone was okay.” Jones said he is unaware of how many crew were aboard each helicopter, but that a standard crew consists of three or four personnel.

Jones said the Black Hawks were landing at “an approved mountainous LZ up here at Snowbird” when they kicked up snow upon final approach. “The aircraft probably lost sight of the ground,” Jones said, adding that a piece of a main rotor blade from the lead helicopter broke off and struck the second as it began to land. The second Black Hawk was still able to land successfully. Jones said it’s unknown exactly how the rotor blade broke off during landing, and that the investigation will likely be able to determine the cause.

In response to a question about what the aircraft and crew were doing prior to the incident, Jones stressed they were in an approved LZ, or landing zone, and said they were conducting routine training. “Utah National Guard does a lot of mountainous training both in the summer and wintertime. It’s a normal practice for us. This is an LZ we’ve been to before many times, it’s an approved landing zone, if you will, and they were conducting winter mountain training at the time of the incident.”

Jones added that the helicopters were far enough away from the skiers at Snowbird as to not pose any threat during the crash or in the aftermath. “To our knowledge, no fuel was leaked,” Jones said. “The aircraft are contained. We have personnel on-site there with the aircraft. The crew was able to, on their own accord, fortunately, take basically the tram back down and get checked out here by the medical folks at Snowbird.”

Because the crash happened near a popular ski resort, there were large numbers of witnesses present with cameras ready. Social media channels today were subsequently flush with videos of the incident. Footage shows the helicopters approach through the basin and begin to kick up a large amount of powdery snow with their downwash as they approached low over the landing zone. This created what is known as a degraded visual environment (in this case, a white out), one of the most common causes of helicopter crashes. The Defense Advanced Research Projects Agency, or DARPA, has been tested artificial intelligence ‘co-pilots’ on Black Hawks that can take over for human crew members in such environments. This is just one in a long list of technological developments over the years that were supposed to help alleviate the risks posed by this type of condition, which is also very dangerous during operations in sandy environments (brown-out).

Images taken after the crash show one of the Black Hawks sitting more or less upright, while the other lays on its side. Pieces of broken rotor blades litter the snow around the downed helicopter as skiers and onlookers look on.

We will continue to update this story as more information is released. 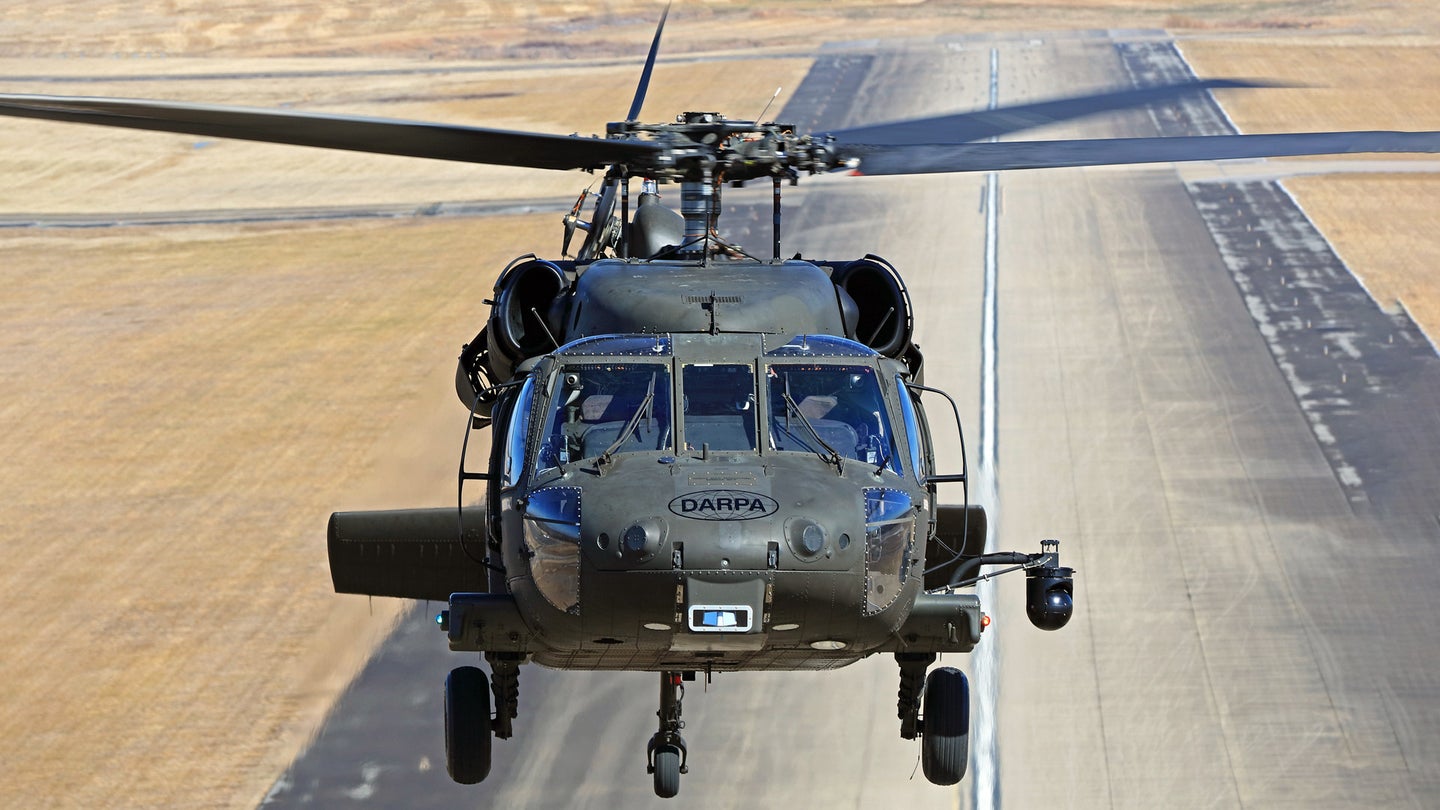 The technology used in the flight could take over for aviators in the event of emergencies, help reduce their general workload, and much more. 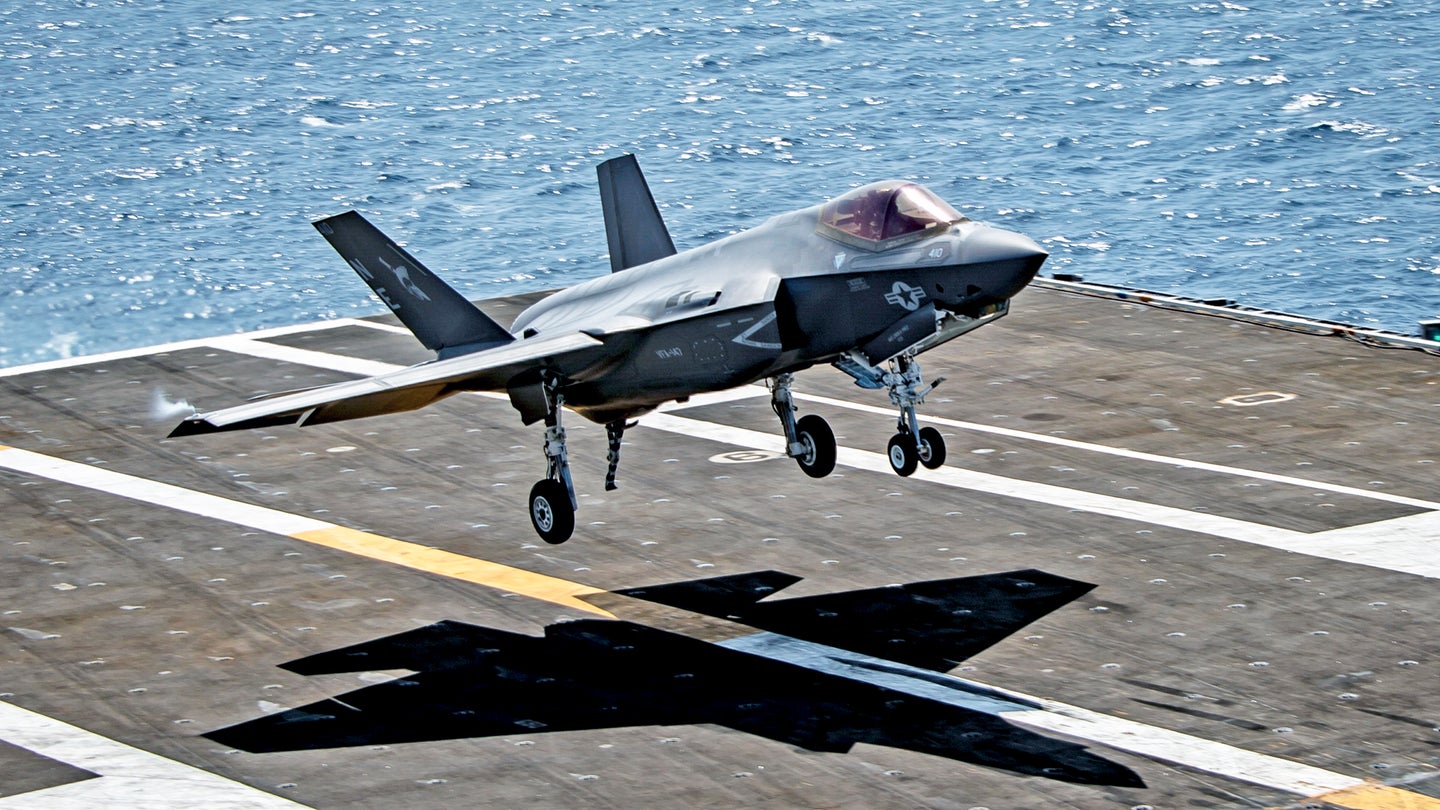 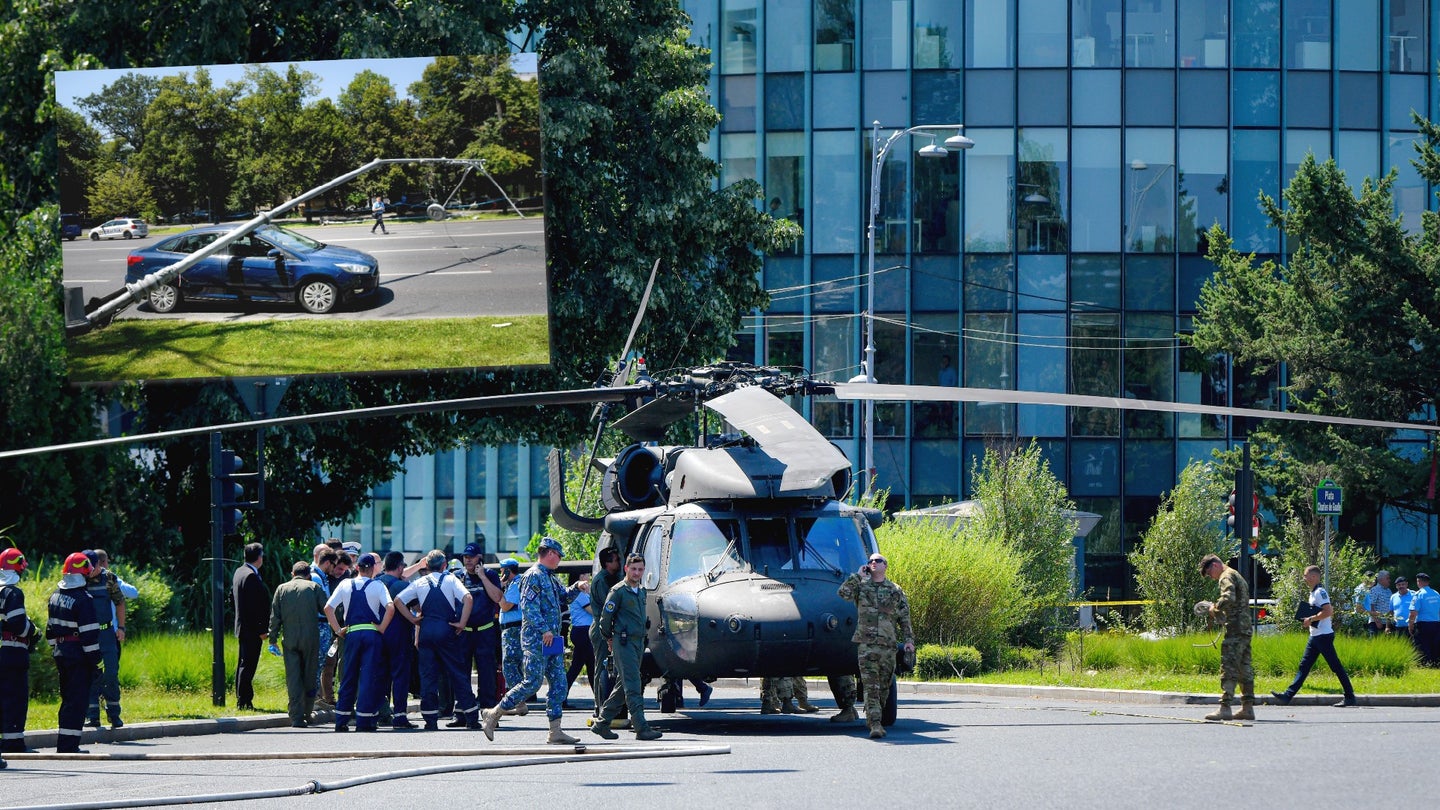