Russia's parliament has approved the use of military force in Ukraine, an authorization that President Vladimir Putin could potentially be used to launch a larger military intervention into that country. This comes a day after Russia sent troops into two separatist areas of eastern Ukraine's Donbas region shortly after recognizing them as independent countries. The U.S. government has now termed that deployment an invasion, which may trigger the imposition of an array of major sanctions on Russia. You can read more on what has already transpired recently in The War Zone's previous reporting on this crisis.

Putin sent a letter seeking this authority to the upper house of Russia's parliament, or Duma, earlier today, a proposal that lawmakers quickly rubber-stamped. If nothing else, this will give Russian troops deployed in the self-proclaimed Donetsk People's Republic and Luhansk People's Republic, or DNR and LNR respectively, the ability to use force against threats in those areas. Though this is largely a formality, it is still a significant one. It would seem likely that, at least in principle, this would also authorize the use of Russian forces outside of the DNR and LNR to support forces there, as well as potentially engage targets elsewhere in Ukraine as part of a larger intervention.

"This decision will be made depending on the development of the situation, depending on requests from the heads of these republics, and depending on feasibility," Kremlin spokesman Dmitry Peskov had said earlier today in regards to the exact scope of the employment of Russian forces in the DNR and LNR. "The spokesman said, answering a question if such actions are required now or in near future. "I repeat: the main goal is to preserve lives and ensure the security of ... [the] population, which is constantly being subjected to aggressive actions from Ukrainian Armed Forces."

In his remarks, Peskov had appeared to call into question whether or not Russian troops had actually moved into the Donbas, despite an official decree authorizing their deployment yesterday and subsequent videos and pictures reportedly showing them arriving in the region overnight. The Kremlin spokesperson also dodged questions about whether or not Russia recognized DNR and LNR claims to areas still under Ukrainian control.

What the Russian government's position on that latter point actually is remains unclear. Denis Pushilin, the separatist leader of the DNR, said today that Russia had recognized his republic within its existing administrative boundaries and that the matter of the remaining claimed territory would be “resolved later."

This is not an insignificant question, especially now that Putin has been authorized to employ military force outside of Russia's borders. The DNR and LNR's territorial claims have long presented a very possible pretext for the Kremlin to launch a broader military operation against Ukraine, as The War Zone

In the meantime, separatist forces are continuing to launch artillery attacks against targets in Ukrainian-controlled Donbas. The Luhansk thermal powerplant in Shchastya is currently on fire after suffering significant damage in one such attack in the past day or so.

Ukrainian forces have already been reportedly limited in their ability to respond to these attacks for fear of providing additional pretexts to the Kremlin. The Russian government and separatists in Donbas have already leveled a slew of allegations against Ukraine, all of which are unsubstantiated and many of which have been outright debunked. Experts and observers have noted how lazily many of these claims have been manufactured.

With all this in mind, it's not surprising that Ukrainian President Volodymyr Zelensky and other officials within his government have made significant appeals to the international community to help guarantee their country's security and territorial integrity.

“We think this is, yes, the beginning of an invasion, Russia’s latest invasion into Ukraine,” Jon Finer, U.S. Principal Deputy National Security Adviser, told CNN earlier today. “An invasion is an invasion and that is what is underway.”

U.S. officials had initially wavered on whether to describe the movement of Russian troops into Donbas as an "invasion." Though the Kremlin has persistently denied it, there has long been evidence that Russia has deployed forces clandestinely into the DNR and LNR since those self-styled republics first emerged in 2014.

The U.S. government declaring Russia's action to be an invasion is very likely to trigger the implementation of a massive sanctions package that President Joe Biden and his administration developed weeks ago. This includes plans to try to wall Russia off from many international financial markets, which could have a crippling effect on the country's economy, but also potentially serious second-order impacts.

The United States, the United Kingdom, and others have already announced initial rounds of sanctions targeting entities in Russia, as well as ones seeking to isolate the DNR and LNR.

Germany has also notably put a gas pipeline project with Russia on indefinite hold, which has prompted the Kremlin to threaten to take retaliatory action. Russia is a major supplier of oil and natural gas to various countries in Europe and the Kremlin has long wielded that fact as a geopolitical weapon. Global energy markets have already reacted negatively to the crisis and President Biden has warned Americans to be prepared to see increased gas prices and other fallout.

Enacting major sanctions against Russia does raise the risk of the Kremlin deciding that it has nothing left to lose in pursuing its geopolitical ambitions in Ukraine by force. Despite pledges to hold Putin and his regime accountable to the fullest extent possible, the U.S. government, among others, has repeatedly stressed that it has no intention of directly intervening militarily in the crisis.

There have been reports for weeks now that Russian forces in areas opposite the country's borders with Ukraine, as well as in neighboring Belarus, are already poised to launch a major assault. The U.S. government has said that its intelligence shows that Russia has between 150,000 and 200,000 personnel arrayed around Ukraine, together with a wide array of ground, air, and naval assets. NATO Secretary-General Jens Stoltenberg reiterated these concerns just today, saying that those Russian forces "are out of their camps and into the field and ready to strike."

For his part, Putin has continued a trend of issuing impossible demands in exchange for de-escalating the situation. Today, he called on Ukraine to formally cede the Crimea region to Russia, declare that it will never join the NATO alliance, agree to negotiate – almost certainly on Russia's terms – on the future of the Donbas, and completely demilitarize itself. It's hard to see how Ukraine could agree to this, even if it wanted to, without effectively giving up its independence.

This, of course, comes a day after Putin spent a considerable amount of time during a televised address to the nation questioning Ukraine's very right to exist. In apparent response to those assertions, the official Twitter account for the U.S. Embassy in Ukraine posted an old meme regarding the relative history of Russia and Ukraine.

Whether or not Western sanctions, or the threat thereof, ultimately deter Russia from taking broader military action, which it seems very much prepared to do already, remains to be seen.

As had been expected, U.S. President Joe Biden has now announced plans to enact major sanctions against Russia in the wake of troop deployments into Donbas. At a press briefing this afternoon, the President reiterated the U.S. government's position that sending those forces into the DNR and LNR constitute an invasion of Ukraine.

You can watch Biden's full remarks below.

Separately, Biden said that he was ordering the movement of additional U.S. forces within Europe to areas in the Baltic Sea region to bolster NATO's eastern flank. He did not elaborate on the composition of those forces or where they would be headed specifically. He did say that this action was in direct response to the announcement that Russian forces would remain in neighboring Belarus following the conclusion of exercises there, something Russian officials had previously denied would be the case. He underscored that these were purely defensive moves and that the U.S. still has no plans to intervene militarily in Ukraine.

"We still believe that Russia is poised to go much further in launching a massive military attack against Ukraine. I hope I'm wrong about that, hope we're wrong about that, but Russia has only escalated this threat against the rest of Ukrainian territory," Biden said. "There are still well over 150,000 Russian troops surrounding Ukraine."

"As I said, Russian forces remain positions in Belarus to attack Ukraine from the north, including warplanes and offensive missile systems," he continued. "Russia's moved troops closer to Ukraine's borders. Russia's naval vessels maneuvering in the Black Sea to Ukraine's south."

Biden added that he believes that the risk of a larger Russian invasion of Ukraine in the immediate future remains very real and said that the United States and its allies and partners would continue to be unified in their response to current and future Russian aggression. He closed by saying that he still hopes that there is a diplomatic path to defusing this crisis.

U.S. Secretary of State Antony Blinken, speaking alongside his Ukrainian counterpart, Dmytro Kuleba, has announced that he has canceled a planned meeting with Russian Foreign Minister Sergei Lavrov later this week. Blinken added that the U.S. government would not pursue further diplomatic forays directly with Russia regarding the crisis until the Kremlin clearly demonstrated a willingness to de-escalate.

Blinken otherwise largely reiterated the U.S. government's previously stated positions regarding the situation surrounding Ukraine and the current sanctions plan. He said that should Russia continue to escalate its aggression, the sanctions would escalate.

For his part, Kuleba, who also met with President Biden and U.S. Secretary of Defense Lloyd Austin has part of his visit to Washington, D.C., today, thanked the United States for its support. He further slammed Russia's actions in the last 48 hours as an assault not only on Ukraine and its territorial integrity, but also on international law and the general rules-based international order. The Ukrainian Foreign Minister made clear that his country would take all steps available to defend itself.

Kuleba also disclosed that he had been discussing a new military aid arrangement with his U.S. partners that he likened to the World War II-era Lend-Lease program. Such a program, which could involve the United States technically retaining ownership of the items in question, might help speed up deliveries of weapons and other materiel to the Ukrainian military. There have been reports in recent months about export controls and approval processes delaying such shipments to Ukraine. 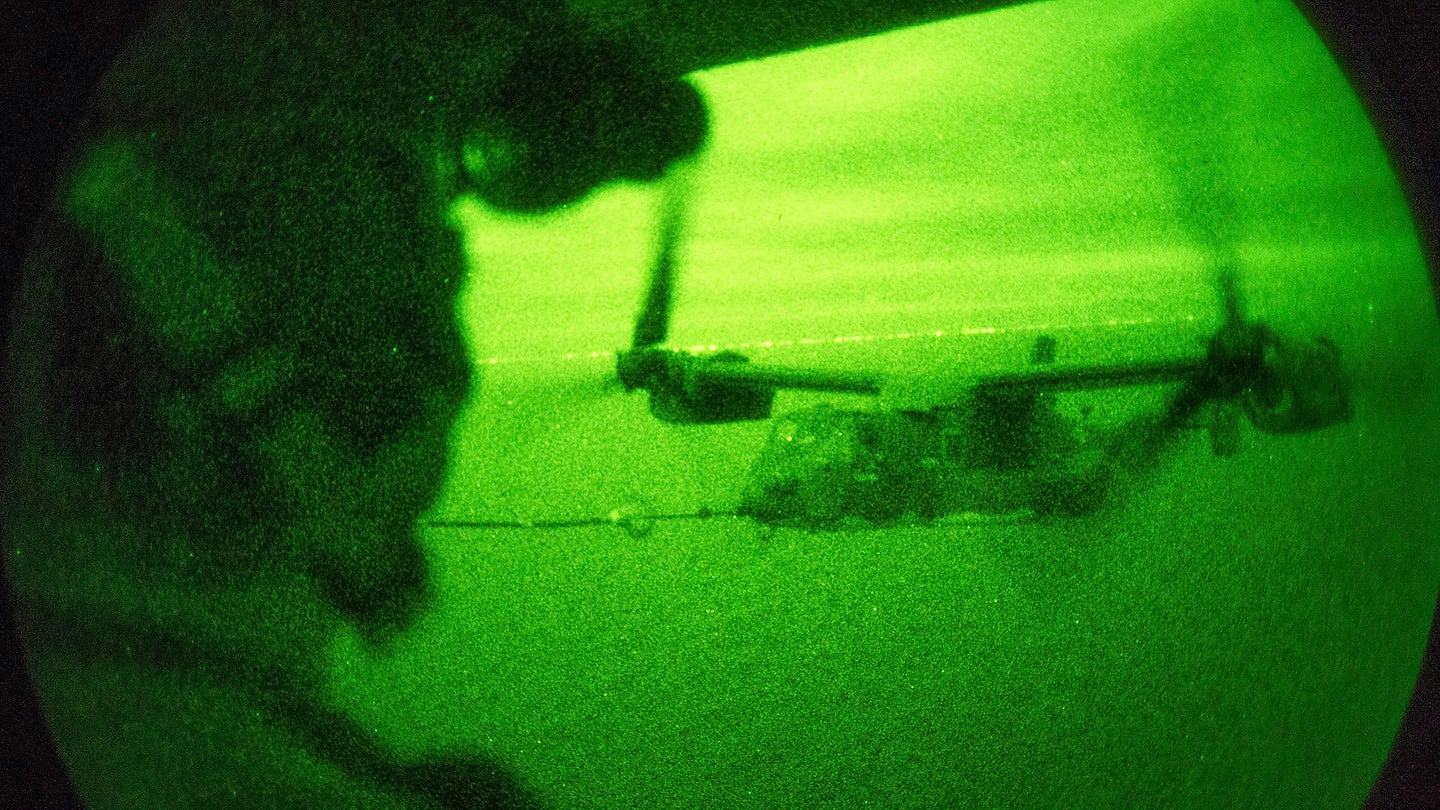 U.S. Says Its Diplomats Are Out Of Ukraine After U.S. Special Ops Planes Tracked Near Polish Border (Updated)

As a major conflict between Ukraine and Russia looms, the State Department has relocated diplomats into Poland, at least for the time being. 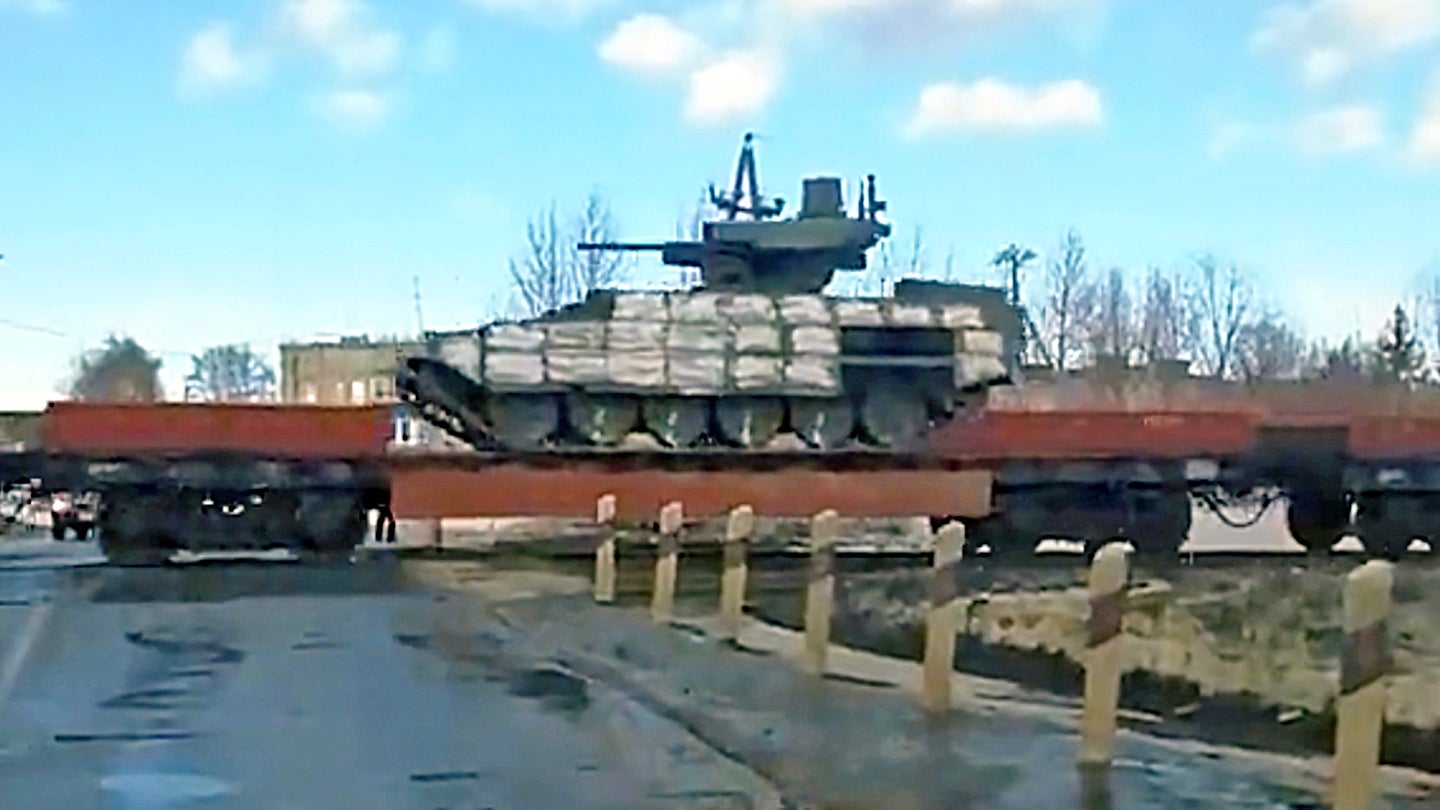 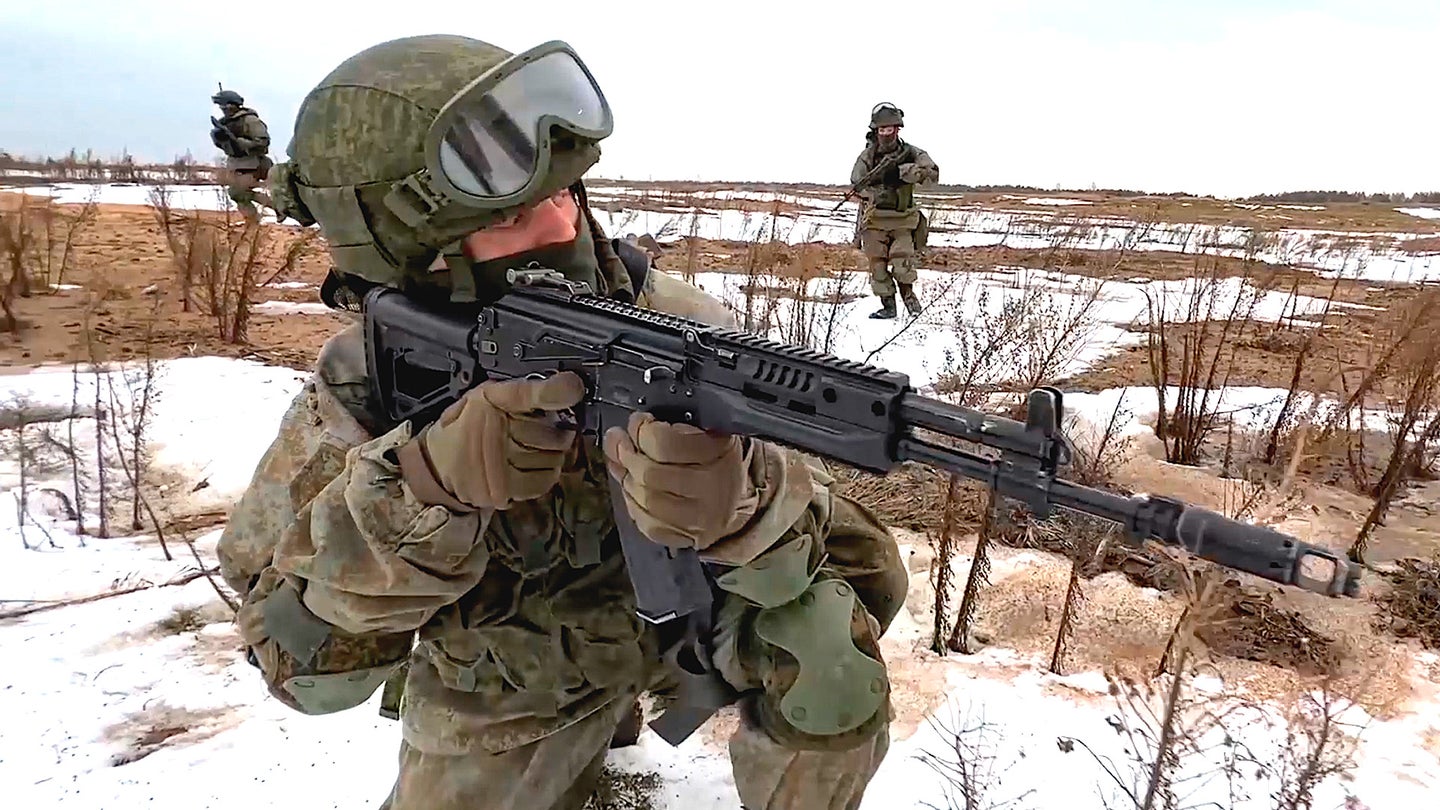