The drones are claimed to be able to coordinate amongst themselves to determine how many from the swarm are needed for each target. 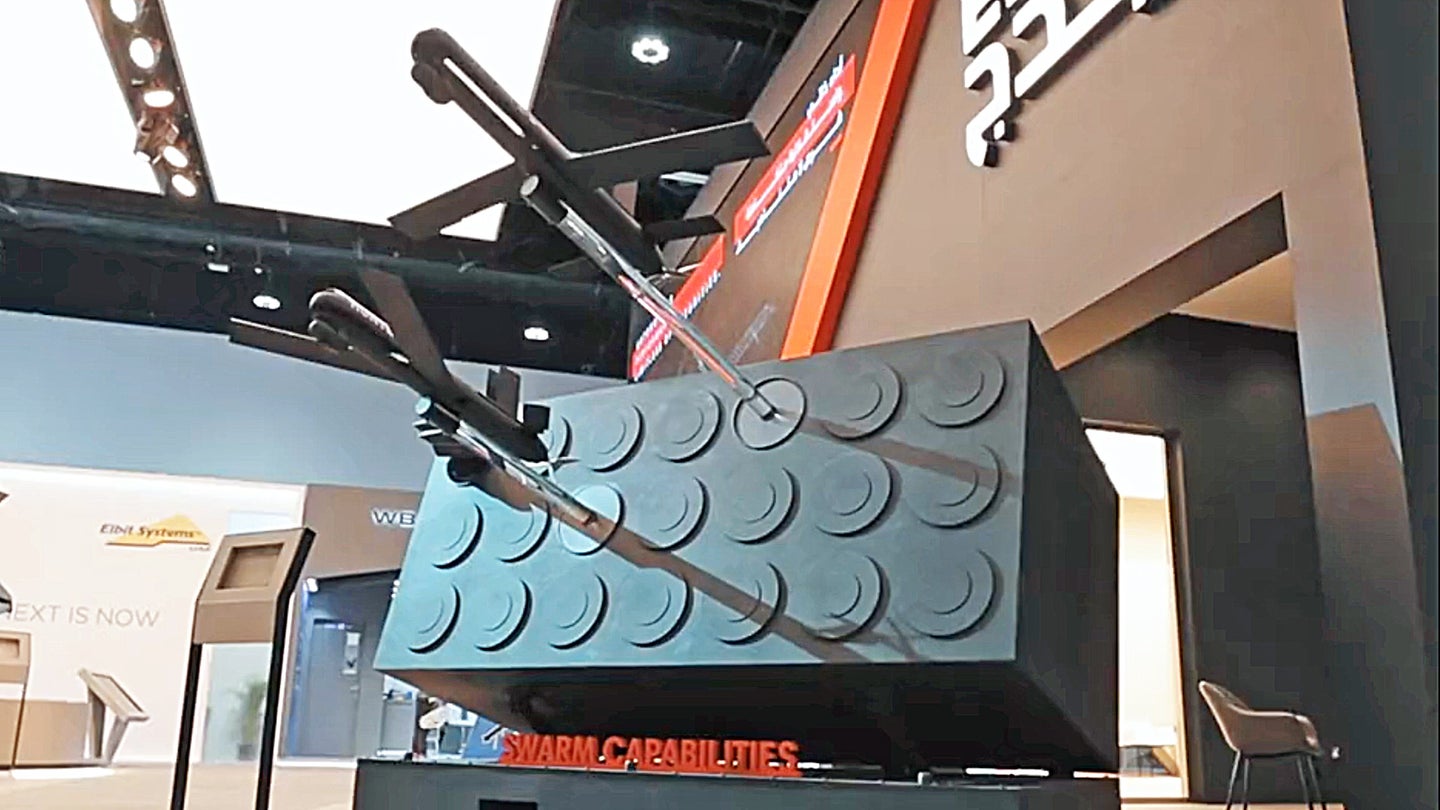 Abu Dhabi-based military contractor EDGE has revealed a new swarming ‘suicide drone,’ or loitering munition system. The Hunter 2-S drones are claimed to be able to fly in formation and communicate with one other in order to carry out complex cooperative attacks with a high degree of autonomy.

The drones were revealed this week at Unmanned Systems Exhibition & Conference 2022, or UMEX, an event held every two years in conjunction with the United Arab Emirates Armed Forces to showcase drones, robots, and other unmanned systems. The drones are based on the Hunter series of UAVs made by Halcon, a subsidiary of the UAE’s EDGE group, a government-owned conglomerate formed in 2019 in order to streamline the UAE’s budding defense industry.

Breaking Defense that the drones are able to coordinate amongst themselves to determine how many of them might be needed for a given target. “Once the target is identified, a decision is made among the swarm, and based on the target size, shape, and category, they decide how many drones are needed to destroy the target, like two or four or five, and then they start diving towards it."

These ‘suicide drones’ or loitering munitions are rapidly proliferating and have the potential to transform how armed forces conduct attacks. This class of weapons falls somewhere between a cruise missile and a UAV, designed to loiter for extended periods of time over a target area while searching for targets to prosecute. This enables loitering munitions to be extremely selective with targeting, exploiting targets of opportunity, and, at least in some cases, attacks can be aborted much later in a mission than could be with standard munitions. They can also be sent on longer one-way trips when a target is already identified prior to launch. In addition, because loitering munitions are essentially UAVs and must inherently have some sort of sensor suite in order to select targets, they can be tasked with carrying out general intelligence, surveillance, and reconnaissance (ISR) missions in addition to attack roles.

The small fixed-wing Hunter 2-S drone features a pop-out V-tail and pop-out wings and is powered by a four-blade rear pusher propeller. Its wingspan measures just under five feet and its length around four feet, while its maximum take-off weight is just over 17 pounds. A prominent sensor sits just below the drone's nose, but it's not yet clear what types of sensors the Hunter S-2 carries.

Images show the Hunter 2-S drones launching from modular tube systems or box-like high-capacity launchers, one of which contains 21 tubes. The drones are said to be capable of attacking either static or moving targets and can be deployed in seconds, according to an EDGE press release.

“Designed to ensure a decisive edge in combat, the ground-launched drones fly in formation to perform a coordinated mission that can overwhelm an adversary,” the press release reads. Potential targets listed in the release include “enemy fighter jets on the tarmac at a military base” or “an incoming convoy of enemy armored vehicles.”

The Hunter 2-S's small size and modular launching system mean these weapons can be deployed from virtually anywhere in a highly mobile and high capacity manner. This could include the back of a truck or a small ship. The range they offer provides a standoff attack capability paired with cooperative tactics via a swarm that can be very hard to defend against. Swarming munitions launched from high-capacity mobile systems are becoming more and more common, one that will present serious air defense challenges in future conflicts. Be sure to read this past War Zone feature for an overview of these revolutionary weapons.

Al Mansoori said that the company “sees AI playing a critical role in the advancement of the defense sector and beyond” and is determined to stay at the forefront of these technologies. "The level of autonomy afforded by these swarming drones is a significant achievement for us, and we are committed to fast-tracking R&D investments in these domains to bring related products to market with speed in the areas of autonomous systems and smart munitions,” he said.

Suicide drones have already been in use widely throughout the Middle East. They have been employed in attacks in the Gulf of Oman and have been fired at Israel by Palestinian militants. Earlier this year, a pair of suicide drones were destroyed by air defenses during an attempted attack on Baghdad’s international airport. Israeli-made loitering munitions were also used in the 2020 conflict between Azerbaijan and Armenia. They were so effective, many declare the conflict a turning point in modern warfare.

The U.S. Army has tested classified loitering munitions, while the U.S. Marine Corps have begun acquiring their own designed to be launched from armored vehicles and drone boats. The Pentagon has already laid the groundwork for each branch of the military to develop their own suicide drones, which could be launched from anything from ground vehicles, manned or unmanned aircraft, high-altitude balloons, or submarines.

While we don't know exactly what state of its development, the appearance of this newest swarming suicide drone system from the UAE, the first of its kind from an Arab state contractor, is just one more signal that these weapons are quickly becoming an increasingly sought-after warfighting commodity.