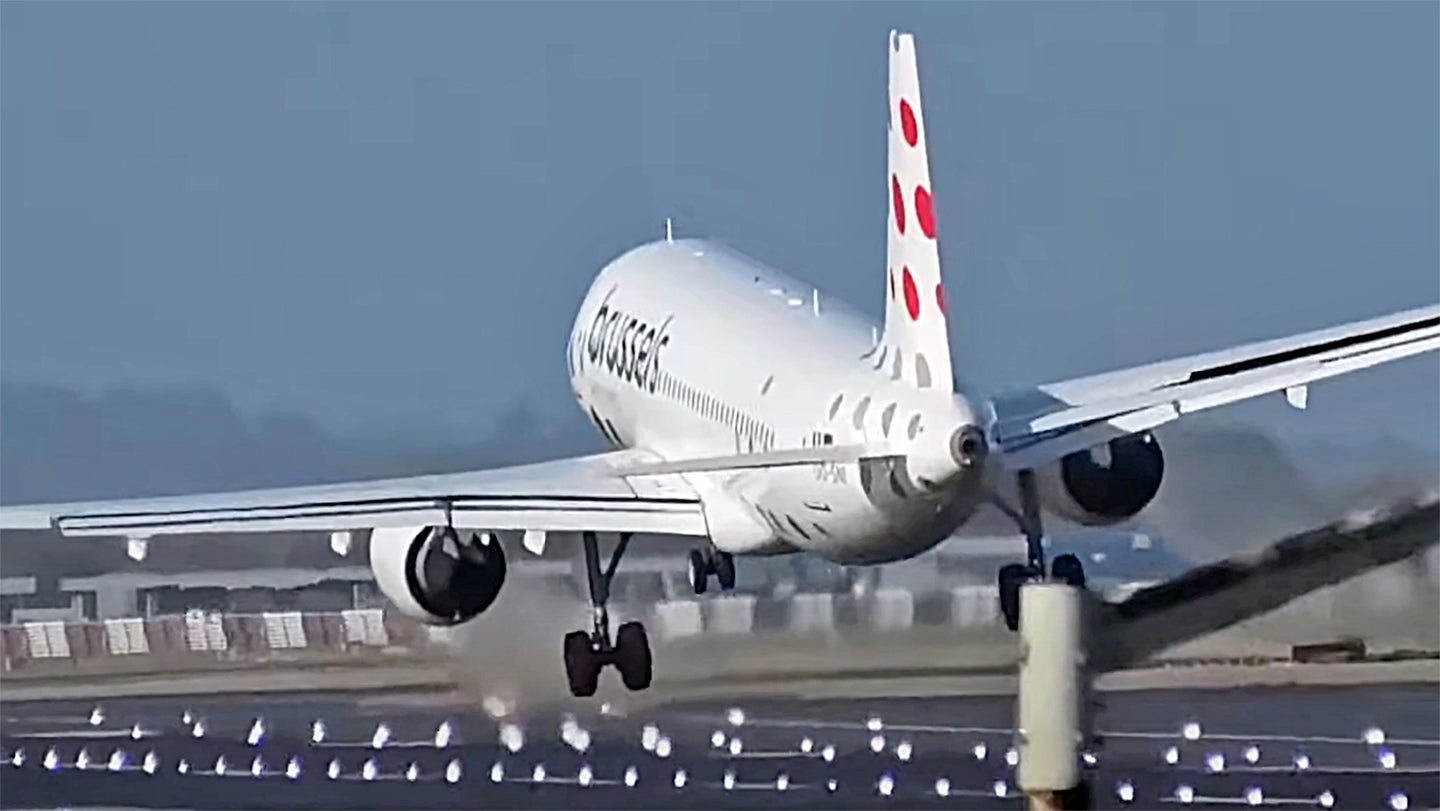 As Storm Eunice continues to batter the United Kingdom with record-breaking winds, dozens of flights have been canceled at many major airports. At least one, the notoriously compact London City Airport, has grounded all flights. Amidst the chaos, the YouTube channel Big Jet TV has gone viral by streaming a live feed of aircraft landing at Heathrow Airport in the strong crosswinds, complete with some very lively, Olympics-worthy, play-by-play commentary.

Jerry Dyer of Big Jet TV set up a camera and began live-streaming from Heathrow Airport in London on Friday, February 18, at the same time the UK’s Meteorological Office issued a rare “red” warning for southern England, which includes Heathrow. Heathrow Airport is the third busiest airport in Europe based on passenger traffic. That warning has now been downgraded a level, but high winds are still causing damage throughout the United Kingdom.

Big Jet TV’s stream has seen over 5 million viewers tune in today as the winds continue to make landings dicey for the many airliners coming into Heathrow Airport. Throughout the stream, some of the aircraft, seen crabbing heavily into the wind, have had to abort their approaches and circle back around, or have made hard, skidding, and bouncing landings. The stream is a reminder of just how challenging it can be to land an aircraft in such unpredictable weather and should certainly earn these pilots some appreciation for managing to get down safely in the face of the record-breaking winds.

Other channels have followed suit and have begun posting videos of aircraft landing at other airports and airfields, such as the following video of two B-52s, callsigns ZEUS 51 and ZEUS 52, landing at RAF Fairford in Gloucestershire, England following exercises in Sweden. Check out the B-52's unique swiveling landing gear being put to full use!

The footage coming out of England today should make you feel glad that wherever you happen to be, you're not in the cockpit of a plane attempting to land during Storm Eunice.

Goodyear’s airships are more capable than the blimps they replaced, and apparently, they can climb like a homesick angel.