The F1 was owned by ATAC, which provides adversary support services to pilots training to fly F-35s and F-16s at Luke AFB. 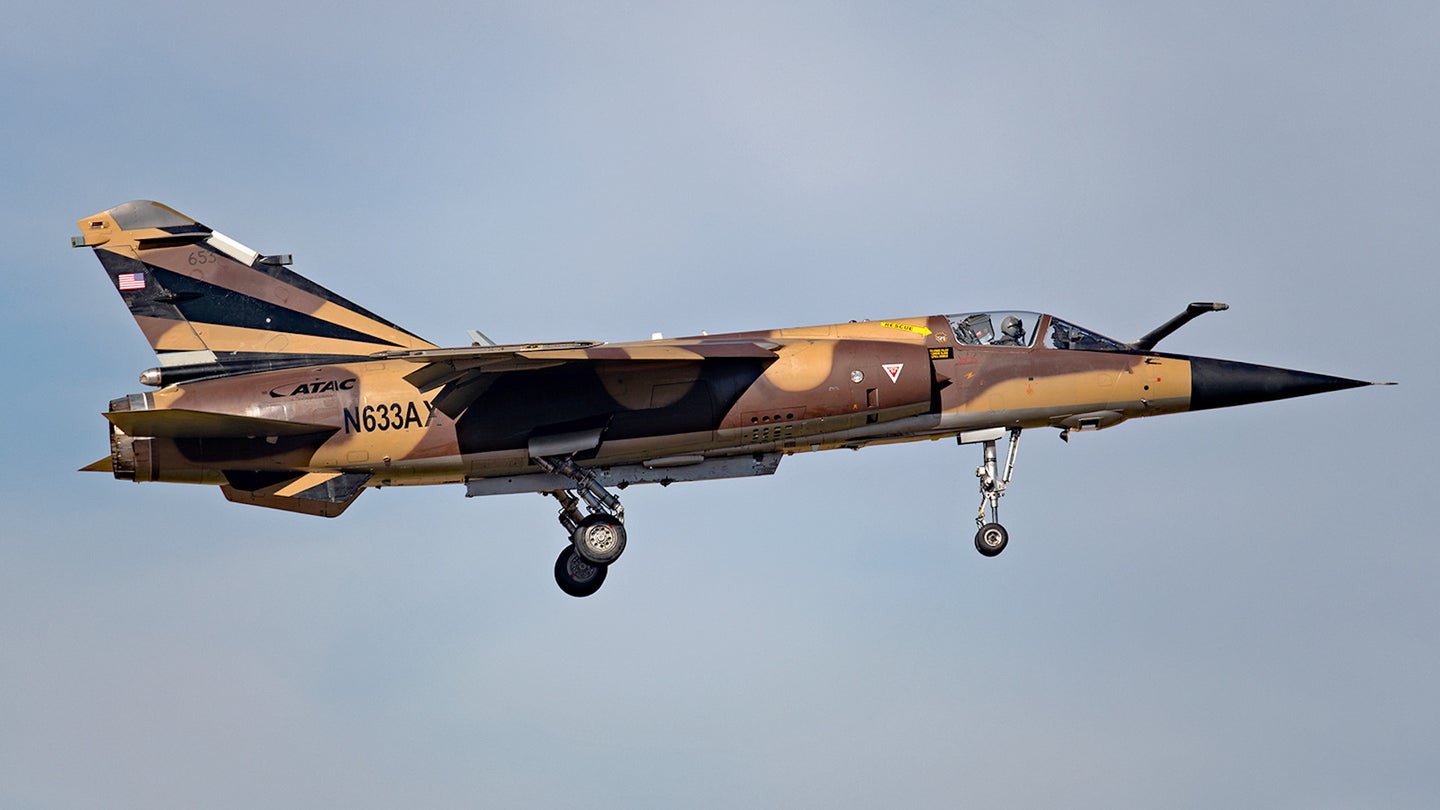 Details are still coming in, but an aircraft flying from Luke Air Force Base in Arizona, which is home to squadrons flying F-35A Joint Strike Fighters and F-16C/D Vipers, has crashed. First responders are at the crash site now, which is reportedly inside a retirement community, and the Federal Aviation Administration has placed a temporary restriction on flight activity within five miles of the apparent point of impact.

Initial reports of the crash began to emerge at around 11:00 AM local time. Local media reports have identified the site of the impact as being somewhere within the boundaries of the Sun City Festival Active Adult Community in Buckeye, Arizona. When reached for comment, a public affairs officer at Luke Air Force Base would confirm that a mishap occurred, but could not offer any further details on the type of plane involved, the status of any pilots or other personnel on board, or what casualties or damage may have resulted on the ground from the crash.

The main unit at Luke is the 56th Fighter Wing, a training unit for future F-35A and F-16C/D Viper fighter pilots. However, the base sees various types of aircraft fly in and out on a regular basis.

The Luke Air Force Base Public Affairs Office has now issued the following statement regarding the crash earlier today:

At approximately 11:11 a.m. today, during a routine training mission, a contracted Mirage F1 fighter aircraft operating out of Luke Air Force Base crashed 15 miles northwest of the base in an unpopulated area. The pilot was able to safely eject. The cause of the incident is under investigation.

“Our Airmen and partners are our most important resource and we are committed to conducting our mission to train the world’s greatest fighter pilots as safely as possible,” said Brig. Gen. Gregory Kreuder, 56th Fighter Wing Commander. “We are thankful for the continued outstanding support Luke receives from our community partners, especially during difficult situations like this. Finally, I’m grateful nobody was hurt on the ground and the pilot was safely recovered with only minor injuries.”

The Air Force's statement does not name the contractor that this jet belonged to. However, the Airborne Tactical Advantage Company (ATAC), a subsidiary of Textron, has separately confirmed to The War Zone that one of its Mirages was the jet involved in today's accident. ATAC's full statement is as follows:

Today, an ATAC Mirage F1 fighter aircraft supporting military flight training at Luke Air Force Base was destroyed when it crashed in an uninhabited area outside the base. The pilot safely ejected and is being treated for minor injuries.

ATAC is investigating the incident and will work with relevant authorities to determine the cause and take any remedial action that is necessary. We ask for your understanding as we work through all the details of this investigation. ATAC will provide more information as it becomes available.

It is unclear which one of ATAC's Mirage F1s, specifically, crashed. The company acquired a total of 63 of these aircraft, a mixture of single and two-seat variants, second hand from France. Online flight tracking software shows one of the single-seaters, which carries the U.S. civil registration code N633AX,  was flying northwest of Luke earlier today, relatively close to where the crash site reportedly was. That, plus the fact that only one pilot was involved in this incident, could point to that jet being the one that went down.

Regardless, this is the second crash of one of ATAC's Mirages in the past year, with another one of the company's F1s coming down at Tyndall Air Force Base in Florida in February 2021. The two pilots on board that jet were also able to eject. Another F1 operated by a different private adversary air firm, Draken International, crashed near Nellis Air Force Base in Nevada in May 2021, killing the pilot.

Air Force T-38 pilots have been banned from landing in formation since an earlier deadly mishap, but can still conduct approaches together.