Ukrainian troops recently conducted an exercise demonstrating various anti-armor capabilities they have available, including Cold War-era 100mm MT-12R anti-tank guns. These weapons are unusual in that they feature a small radar to help crews find their targets across battlefields that might be full of smoke, dust, and other obscurants. Though major militaries around the world have steadily retired anti-tank guns in favor of guided anti-tank missiles, Ukrainian MT-12Rs could still be useful in the event of a new Russian military incursion in which tanks and other armored vehicles would almost certainly play a major role.

A video, seen below, showing clips from the exercise that included the MT-12Rs was posted on the Ukrainian Military TV YouTube channel, an official channel of the Ukrainian Ministry of Defense, earlier today. The footage also shows what appear to be either T-80 or T-64 tanks, as well as Shturm-S vehicles, which are variants of the MT-LB multi-purpose tracked armored vehicle armed with AT-6 Spiral anti-tank missiles. Troops employed a towed PMZ-4 mine-laying system during these drills, as well. Personnel in the back of the truck pulling the PMZ-4 manually feed TM-62 anti-tank mines down a chute, which then fall into a shallow trench that the system cuts as it moves along.

The appearance of the MT-12Rs, also known by the designation 2A29R and the nickname "Ruta," is particularly interesting given the design of the weapon and the more common focus on Ukraine's anti-tank missile capabilities when it comes to how its troops might combat invading Russian armor. The Ukrainian military has received a significant number of U.S.-made Javelin anti-tank missiles in recent weeks, and expects to see more deliveries in the near future, as the United States and other countries seek to bolster its military capabilities ahead of any potential new Russian incursion. The United Kingdom has recently supplied hundreds of Next Generation Light Anti-tank Weapons, or NLAWs, another anti-tank guided missile, as well. Javelins in particular have been touted for years now as offering the Ukrainian armed forces an important capability boost in the event of any new significant escalation in Russian aggression.

Compared to these more modern anti-tank missiles, the MT-12R is a decidedly dated design. The original T-12 anti-tank gun first entered service with the Soviet military in 1961. This was followed by the development of various improved MT-12 variants, including the MT-12R, the first examples of which were fielded in the early 1980s. T-12/MT-12 variants are still in service with the Russian military, among others, as well.

The video below shows a Russian MT-12 being used to help snuff out an oil well fire in 2020, an incident you can read more about here.

The MT-12R notably features a modified protective shield for the gun crew with a slot cut in it on the left side where an RLPK-1 radar is mounted. The radar offers the gun crew a way to target enemy tanks and other vehicles that might be obscured by defensive smoke screens or just hidden behind smoke and dust kicked up during a protracted battle. Otherwise, the gunner has to rely on the weapon's optical sights.

The RLPK-1 does gives the MT-12R a valuable non-visual targeting method, but it isn't clear what the effective range of the radar might be or just how precise it is. The absolute maximum range of the weapon, when firing armor-piercing ammunition, is around 3,000 meters. For comparison, the Javelin anti-tank missile's effective range is approximately 4,000 meters.

It's unclear how effective the 100mm gun might be, in general, against newer Russian tanks. At the same time, it could still be useful against older variants that Russia has in reserve and that it might commit to a large-scale operation, as well as lighter armored and unarmored vehicles. In addition to anti-tank rounds, the MT-12R can fire high-explosive fragmentation shells to engage unarmored targets, including troops in the open.

These guns could provide valuable anti-tank defenses around static positions, too, freeing up Javelins and NLAWs, as well as other anti-tank weapons, for use on the front lines against higher-priority targets.

Beyond all that, given the advantages that the Russian military has in sheer numbers of both personnel and materiel over the Ukrainian armed forces, any additional anti-tank capacity is no doubt welcome. This is definitely not the first time Ukrainian troops, as well as other security forces personnel and volunteer reservists, have been observed using or at least training to use older weapons for what are likely similar reasons.

The appearance of the MT-12Rs at this recent exercise certainly underscores the reality that the Ukrainian military has not acquired anywhere near enough Javelins and other anti-missiles missiles for it to feel comfortable enough to completely retire its stocks of anti-tank guns. It is also another clear example of the limitations that Ukraine's armed forces would face in any large-scale conflict against the Russian military.

All told, even after weeks of Russian forces pouring into areas opposite Ukraine's borders, together with escalating rhetoric, whether or not the Kremlin will actually launch a new incursion into Ukraine remains very much to be seen. If Russia does decide to pursue that course of action, Ukraine's MT-12R anti-guns will be among the defenses arrayed against them. 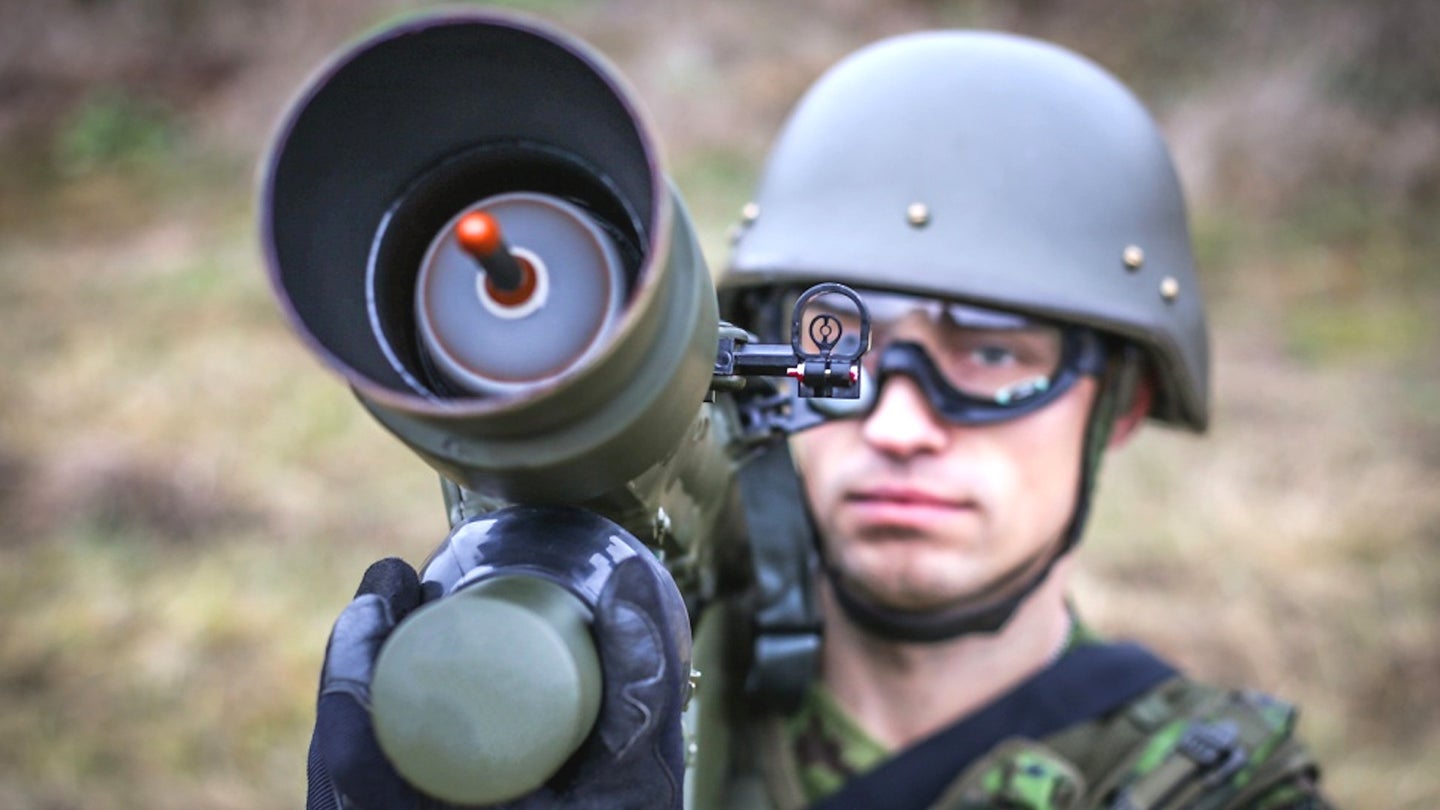 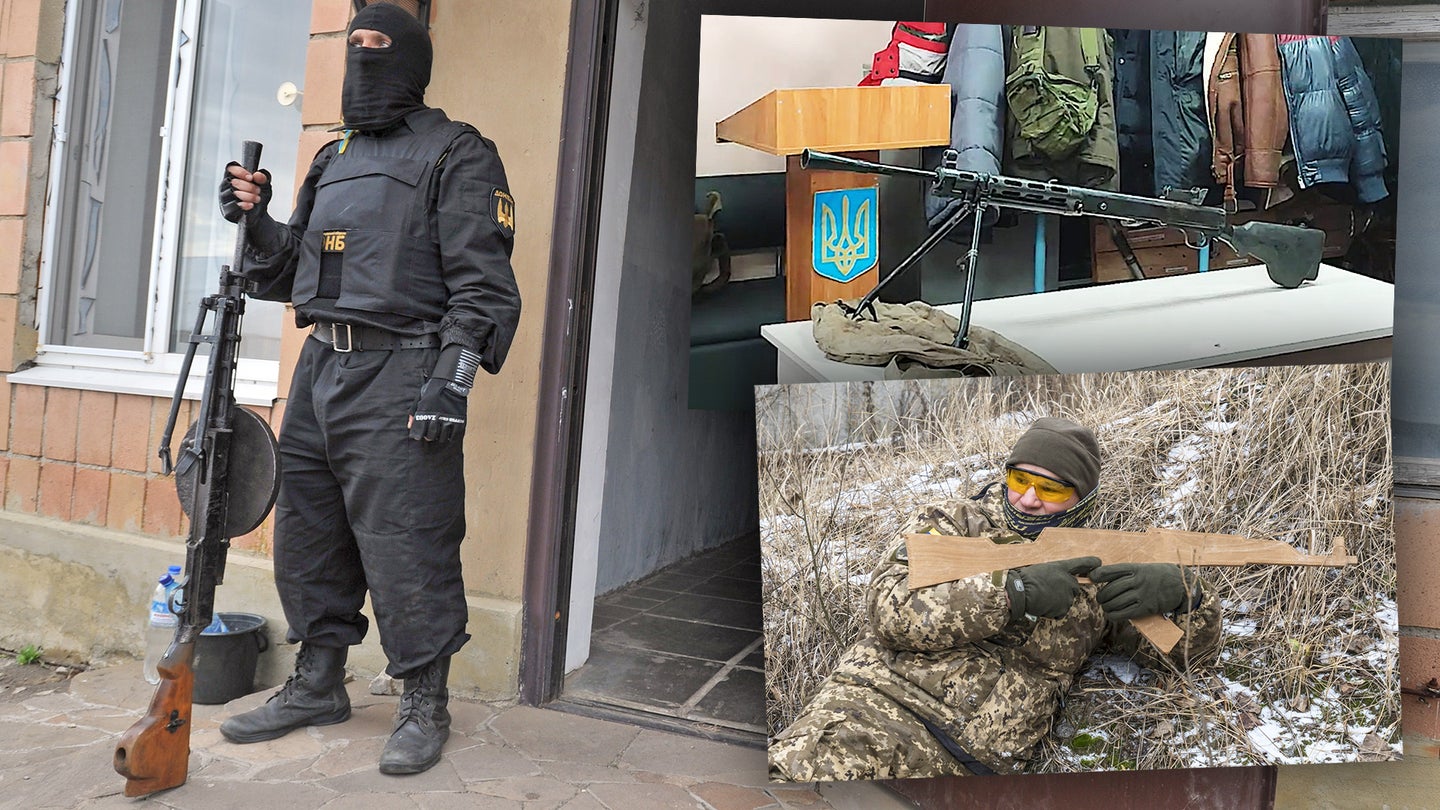 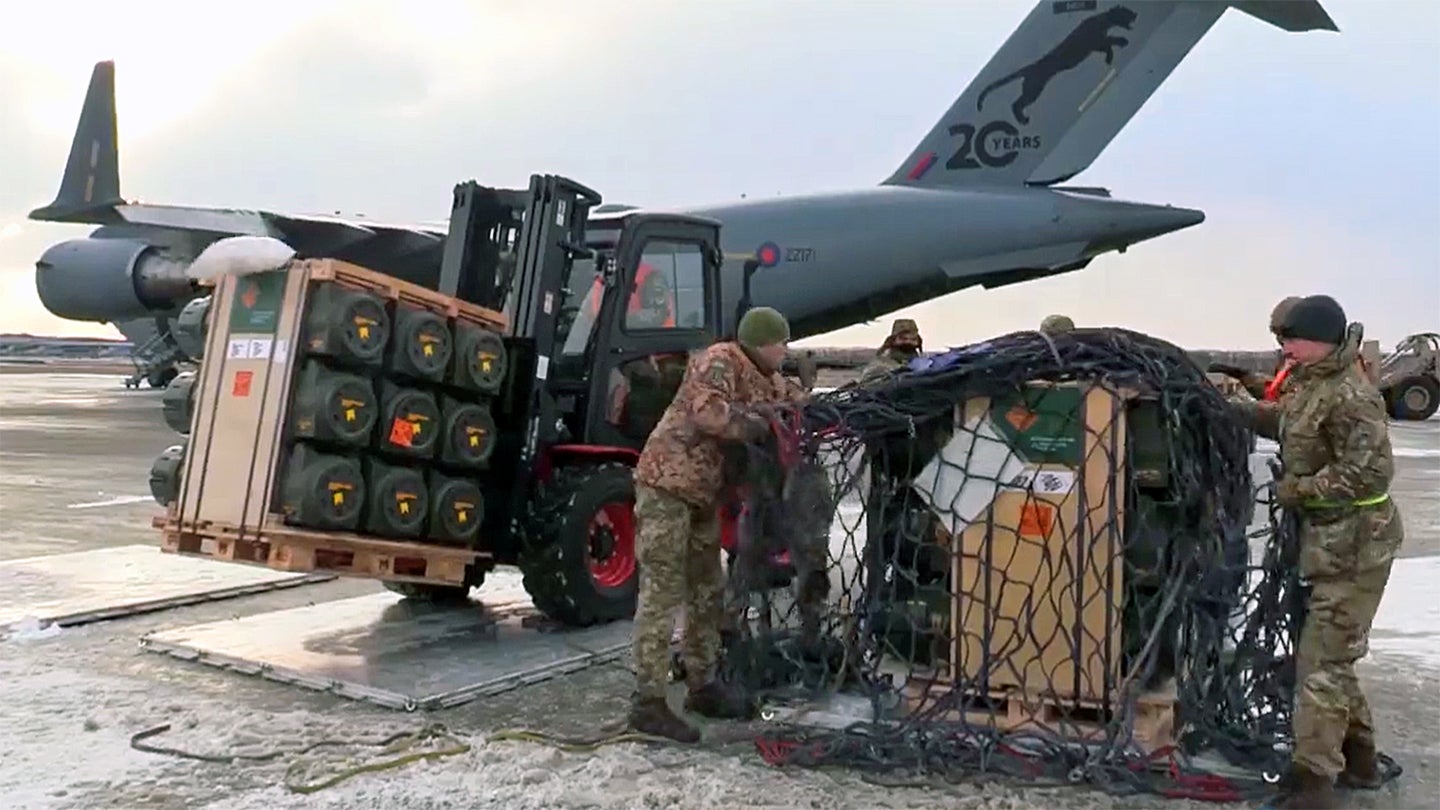