Three different NATO carrier groups are conducting joint operations in the Mediterranean Sea in a powerful demonstration of the alliance’s maritime power as the East-West crisis over Ukraine continues. The latest drills involve the Harry S. Truman Carrier Strike Group, or HSTCSG, which has been integrating over a two-day period with the French Task Force 473, centered upon the carrier Charles de Gaulle, and an Italian strike group based around the carrier Cavour. Alongside all this, the Russian Navy has also been engaged in a flurry of activity in the region, with a host of different warship movements taking place against the backdrop of the situation in Ukraine.

Last week the HSTCSG took part in the NATO-led Neptune Strike 22 exercise, during which the carrier strike group was handed over to NATO control. This is the first time an American aircraft carrier has operated under the auspices of the alliance for any reason since the end of the Cold War. Neptune Strike 22 also involved the Cavour strike group, and the amphibious command ship USS Blue Ridge (LCC-19), the flagship of the U.S. Sixth Fleet. Meanwhile, elements of Task Force 473, including the Charles de Gaulle, departed Toulon naval base in the Mediterranean on February 1 as part of the Clemenceau 22 deployment.

“The Harry S. Truman Carrier Strike Group has had the extraordinary chance to work with some of the finest maritime operators in the region and have been looking forward to training with our Italian and French allies,” said Rear Adm. Curt Renshaw, commander, Carrier Strike Group Eight, in a statement. “The capabilities of a U.S. aircraft carrier strike group are made stronger by operating alongside our allies and partners, and adding the French and Italian carrier teams provides an exciting chance to strengthen our interoperability together.”

“Sailing alongside our NATO allies is a primary objective of our Clemenceau 22 deployment,” added Rear Adm. Christophe Cluzel, commander, Task Force 473. “Events like this enhance our interoperability and strengthen the exchanges with our NATO partners, essential to Europe security in this strategic area.”

Bringing these NATO carrier strike groups together for “tri-carrier operations” offers a unique opportunity for sailors and naval aviators to operate together in relatively close proximity. Although Neptune Strike was framed as not being in direct response to Russian activity in relation to Ukraine, it ultimately will have sent a powerful signal anyway, especially coupled with the fact that USS Harry S. Truman was originally stationed in the Mediterranean to help reassure allies and deter aggression.

The HSTCSG comprises the following warships, under Carrier Strike Group 8:

Borbon plus another frigate and a submarine from the Hellenic Navy and a Belgian NH90 helicopter.

At least some of the assets from the French carrier task force will also deploy to the Black Sea, the French Navy has confirmed.

Meanwhile, amid considerable Russian Navy activities across the globe in recent weeks, the Kremlin’s maritime forces deployed in the Mediterranean have been significantly boosted by the arrival of the 11,500-ton Slava class cruiser Marshal Ustinov. After an eventful passage off NATO’s western flank, the Northern Fleet cruiser has joined another Slava class warship, Varyag, the flagship of the Pacific Fleet. The third Slava, the Moskva, is in the Black Sea, where it’s home-ported at Sevastopol naval base and also has flagship duties.

There is no confirmation on the final destinations of these various cruisers, although there have been rumors that all three may eventually congregate in the Mediterranean, where they would be operating in the vicinity of the three NATO carrier groups. If so, this would likely be the first time that the Russian Navy has put all three of the remaining Slavas in the same operating area.

Regardless of whether all three Slavas end up in the Mediterranean, the warships there now are likely to be monitored by ships and aircraft from one or more of the three NATO carrier groups. Earlier today, unconfirmed reports suggested that Marshal Ustinov was being shadowed by the Arleigh Burke class destroyer USS Roosevelt (DDG-80), having arrived in the Mediterranean after participating in controversial live-fire exercises off the southern coast of Ireland.

Marshal Ustinov reportedly passed through the Strait of Gibraltar yesterday and Automated Information System (AIS) transmissions provided by VesselFinder and MarineTraffic appear to confirm that it’s now in the Mediterranean. It should be noted that AIS transmissions can be faked, and have been in the past, but at least some analysts consider it at least highly credible that these are genuine.

The Northern Fleet cruiser was preceded through the Strait of Gibraltar by the Russian Navy fleet oiler Vyazma, which had also been involved in the naval drills off Ireland and the presence of this vessel is further evidence that there are indeed now two Slavas in the Mediterranean. It’s also worth noting that three of the six Russian Navy amphibious warfare ships that recently departed the Baltic Sea, then headed toward the Atlantic Ocean, appear to have made their way into the Mediterranean unnoticed, as well.

Admiral Kasatonov, one of the most modern available to the service and equipped with a full vertical launch system (VLS). The current location of this warship, and the Udaloy class destroyer Vice-Admiral Kulakov, another part of the flotilla off Ireland, is unknown.

Meanwhile, the Varyag, sister ship to Marshal Ustinov, and homeported in Vladivostok, is also underway in the Mediterranean, having entered these waters via the Suez Canal earlier this month.

The appearance of two of these cruisers in these waters simultaneously is not unheard of, it is rare, with the last such occasion apparently being in 2016, during a handover of duties between Moskva and Varyag.

Generally, however, it’s less common for Northern Fleet and Pacific Fleet warships to operate in this area, and having three Slavas in the Mediterranean and the adjacent Black Sea represents a relatively huge concentration of anti-ship and anti-aircraft firepower.

Indeed, the non-regular nature of these maritime movements has led to speculation that Russia could also be planning on bringing together all three of these warships in the Black Sea, ahead of possible action against Ukraine, perhaps as a blocking action designed to complicate further NATO maritime movements. As well as maritime assets, the continuing military build-up around Ukraine’s borders includes armor and artillery, short-range ballistic missiles, air defense systems, aircraft, and more. Russia has been sending additional forces into Belarus in recent weeks, as well.

Each of the Slavas has a primary armament of 16 P-500 Bazalt (SS-N-12 Sandbox) supersonic anti-ship cruise missiles, replaced by more modern P-1000 Vulkan missiles on the Varyag (and possibly on the Moskva). The P-500 has a range of around 340 miles, extended to approximately 440 miles in the P-1000. Both these missile types were developed primarily to counter U.S. Navy aircraft carriers and their associated escorts, as well as other high-value targets.

The Slavas also have a significant air warfare capacity, for which each is armed with 64 S-300F Fort (SA-N-6 Grumble) long-range surface-to-air missiles. These can engage aerial targets at ranges of up to around 50 miles. Should the cruisers ultimately gather in the Black Sea, they could bring effective additional capability to a potential air campaign against Ukraine, including covering a possible amphibious landing directed against the south of Ukraine, which would be expected to involve at least some of the landing ships that entered the Mediterranean late last month.

Whatever the eventual disposition of the Slavas, the significant gathering of NATO warships in the Mediterranean continues the alliance’s enhanced posture as fears of a potential new military intervention in Ukraine continue. Coupled with this, the United States and other alliance members have been sending forces to areas close to Russia’s borders, as well as supplying Ukraine with weapons and other military equipment. The Black Sea region in particular has been a focus of some of these latest NATO force movements, with notable U.S. and French troop deployments announced in recent weeks.

Overall, the situation as regards Ukraine remains fluid, with reports that a Russian invasion could still be imminent tempered by other statements suggesting that the Kremlin may be having second thoughts about a potential large-scale military endeavor. In one high-profile development, a retired Russian general reportedly published an open letter calling for the resignation of President Vladimir Putin and warning that an invasion of Ukraine could not only lead to tens of thousands of casualties but also potentially threaten the very existence of the state of Russia.

For time being, we simply don’t know whether the various Russian Navy assets that have been passing into the Mediterranean and into the Black Sea will be involved in some kind of operation relating to Ukraine, or even if they are intended to serve as a distraction. However, as long as tensions continue in the region, we are likely to continue to see high-profile NATO maritime movements. While they may have been planned for some time, the powerful signaling of these latest tri-carrier operations is unlikely to have gone unnoticed. 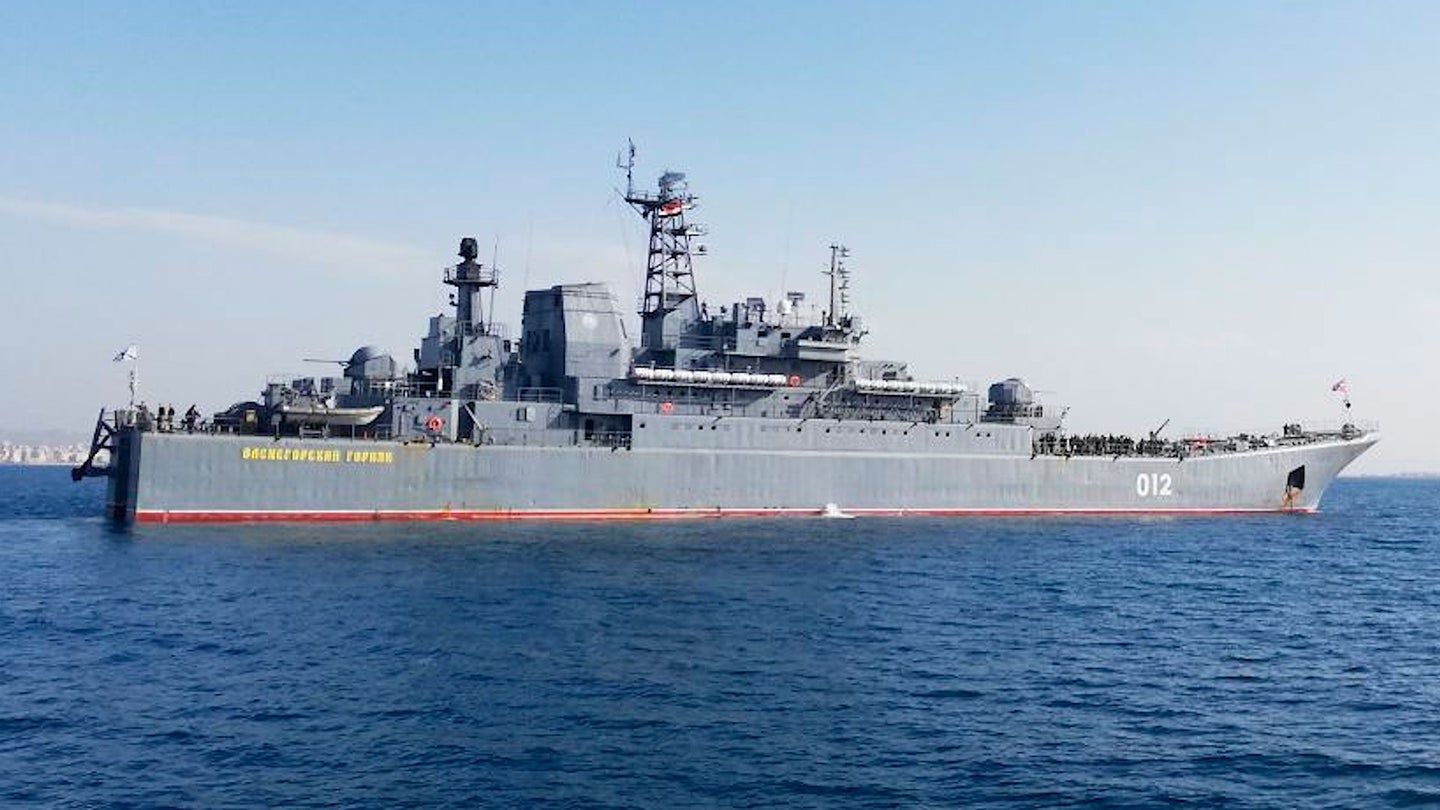 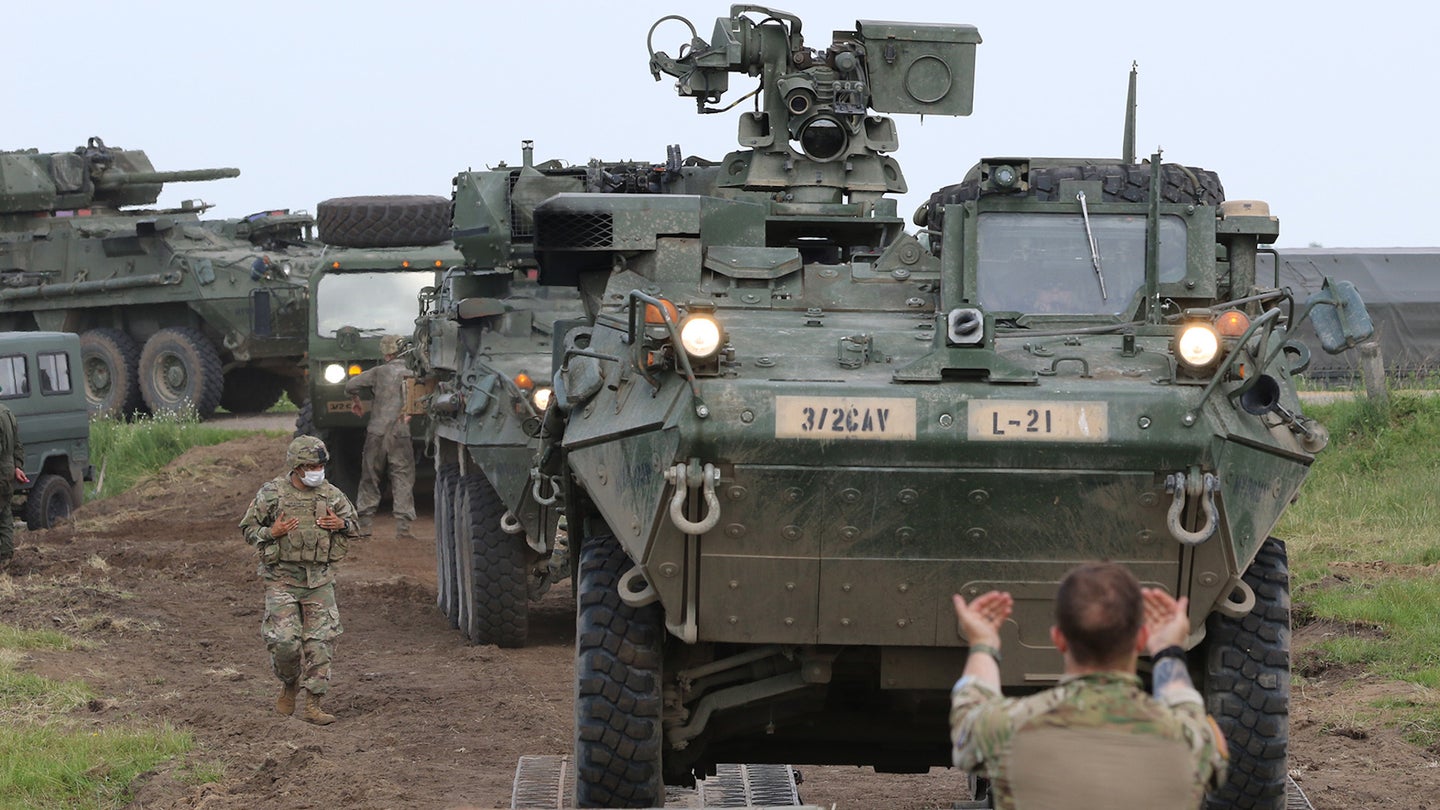 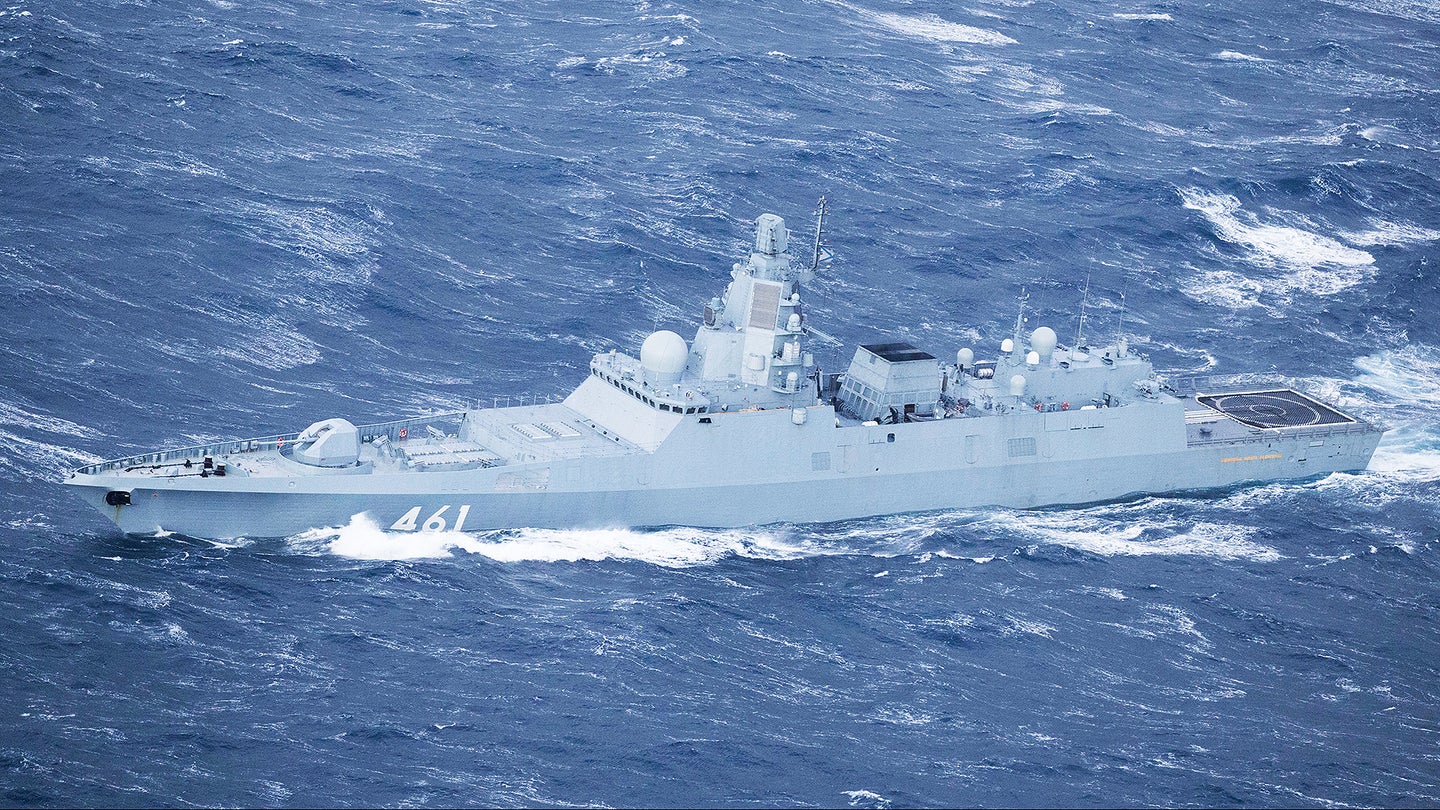 The latest Russian vessels slated to pass through the English Channel are headed for live-firing drills off the coast of Ireland.