A fix to the F-35’s fuel system could solve an issue that has frequently caused delays in production and restricted where the jets can fly. 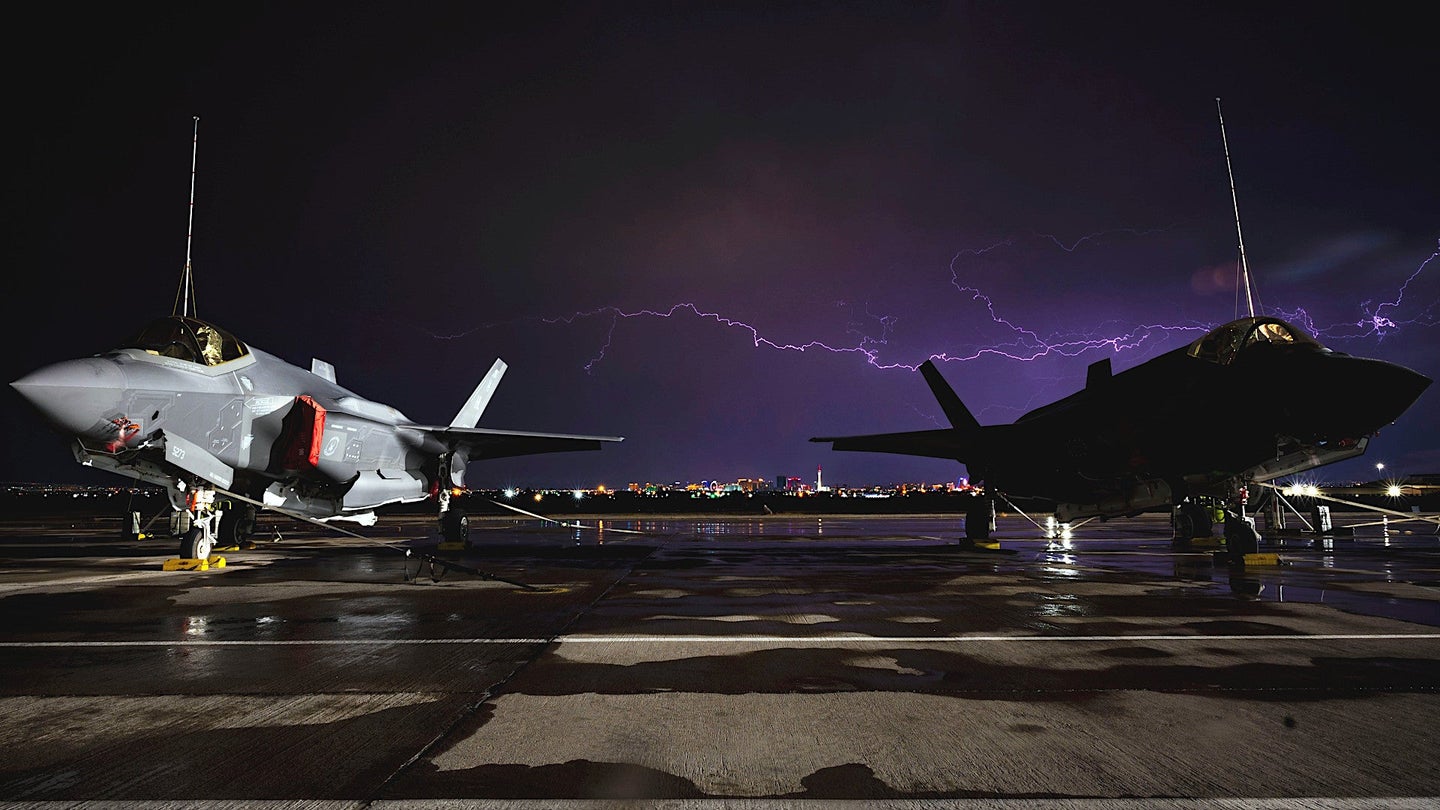 The Air Force says the F-35A Lightning II could soon be able to once again operate near thunderstorms or lightning thanks to an upgrade coming to the aircraft’s fuel system. Once all of the jets get the repair, the service’s F-35As could resume unrestricted flight in these weather conditions for the first time in nearly two years.

The fix is for the F-35’s Onboard Inert Gas Generation System, or OBIGGS. This system is designed to inject nitrogen-enriched air into the F-35’s fuel system in order to reduce the potential buildup of highly flammable vapors. If the interior of the aircraft’s main fuel tank and associated fuel lines aren’t kept “inert” by the OBIGGS system, a lightning strike can ignite these flammable gasses and potentially cause an explosion.

reported today that F-35 Joint Program Office spokesperson Laura Seal said the first F-35A to receive the repair could have it by July. Lockheed Martin has been installing an updated version of OBIGGS onto F-35As since November 2020, but crews will need to install the new system on older aircraft that have already been delivered. It’s unknown if the other variants currently in production have received the updated OBIGGS.

The F-35B and F-35C will follow after, Seal says, although she declined to comment on how many aircraft require the fix. In 2020, the Joint Program Office restricted the F-35 from flying within 25 nautical miles of thunderstorms or lightning. That restriction is expected to remain in place until all of the affected aircraft can receive the fuel system fix, which will hopefully be before the end of 2025. Seal says a software update coming this year will alert pilots whenever dips in the OBIGG system’s performance are detected.

“The root cause for the nitrogen tube failures is still under investigation,” Seal told

Air Force Times. “That said, the F-35 Joint Program Office and Lockheed Martin worked aggressively to develop and deploy an engineering fix that eliminates the problem, even as we continue to investigate the root cause of damage in the original OBIGGS configuration.”

reported that issues with OBIGGS caused delays that prompted a pause in delivery of new aircraft while Lockheed Martin looked into the problem on the production line. However, it was later found that the issue was occurring in the field after the aircraft were delivered, prompting the F-35 Joint Program Office to issue a lightning-related flight restriction.

The Air Force’s F-35A variant wasn’t the only variant to experience these issues. As early as 2015, the Office of the Director of Operational Test and Evaluation warned that OBIGGS did not sufficiently keep the F-35B’s fuel system inert, stating that “If the residual inerting cannot be improved, aircraft maintainers will be required to purge fuel tanks with external nitrogen more frequently or alternative lightning protection strategies (e.g., lightning-protected shelters), will have to be adopted.”

Aside from the OBIGGS performance issues, another factor is that the F-35’s outer skin is coated in a composite metal structure that "does not provide inherent passive lightning protection," according to a Marine Corps request for portable lightning rods. This lack of inherent protection means that F-35s must be accompanied by lightning rods when they’re parked outside at bases that lack the necessary infrastructure to protect them. It’s unknown if the new OBIGGS fix will remove the need for lightning rods.

“It is unknown how often F-35s are hit by lightning, as the fleet is only required to report lightning strikes that result in reportable mishaps,” the Joint Program Office’s spokesperson said. “All reported strikes occurred while in flight, with none affecting the pilot’s ability to operate the aircraft safely.”

Air Force Times reports that a previously undisclosed lightning strike occurred in August 2021 when an F-35A was struck in midair. The jet’s canopy and body panels suffered damage requiring between $600,000 and $2.5 million to repair. The incident is still under investigation. F-35 units in the Air Force, Navy, and Marine Corps have reported 15 lightning strikes as of January 25, each one costing between $25,000 and $570,000 to repair.

Lightning protection is just one more hurdle for the jet to overcome, which has already seen its share of criticism for its high operating costs. The F-35 is the most expensive program in Pentagon history, projected to cost over $1 trillion to operate through 2070. It's not clear who is footing the cost of the OBIGGS repair, but it is one of a long line of modifications needed to the F-35 fleet — the older the aircraft the more extreme the rework and upgrades that have gone into them. In fact, many may just get retired as they will never reach their full lifespan or combat potential. However, it's still good news that some of these residual technical issues which have plagued the F-35 are finally being resolved.

Despite the price tag, if the rollout of OBIGGS repairs goes according to plan this summer, Lightings will hopefully once again be able to fly near their atmospheric namesake.