The bunker is open! 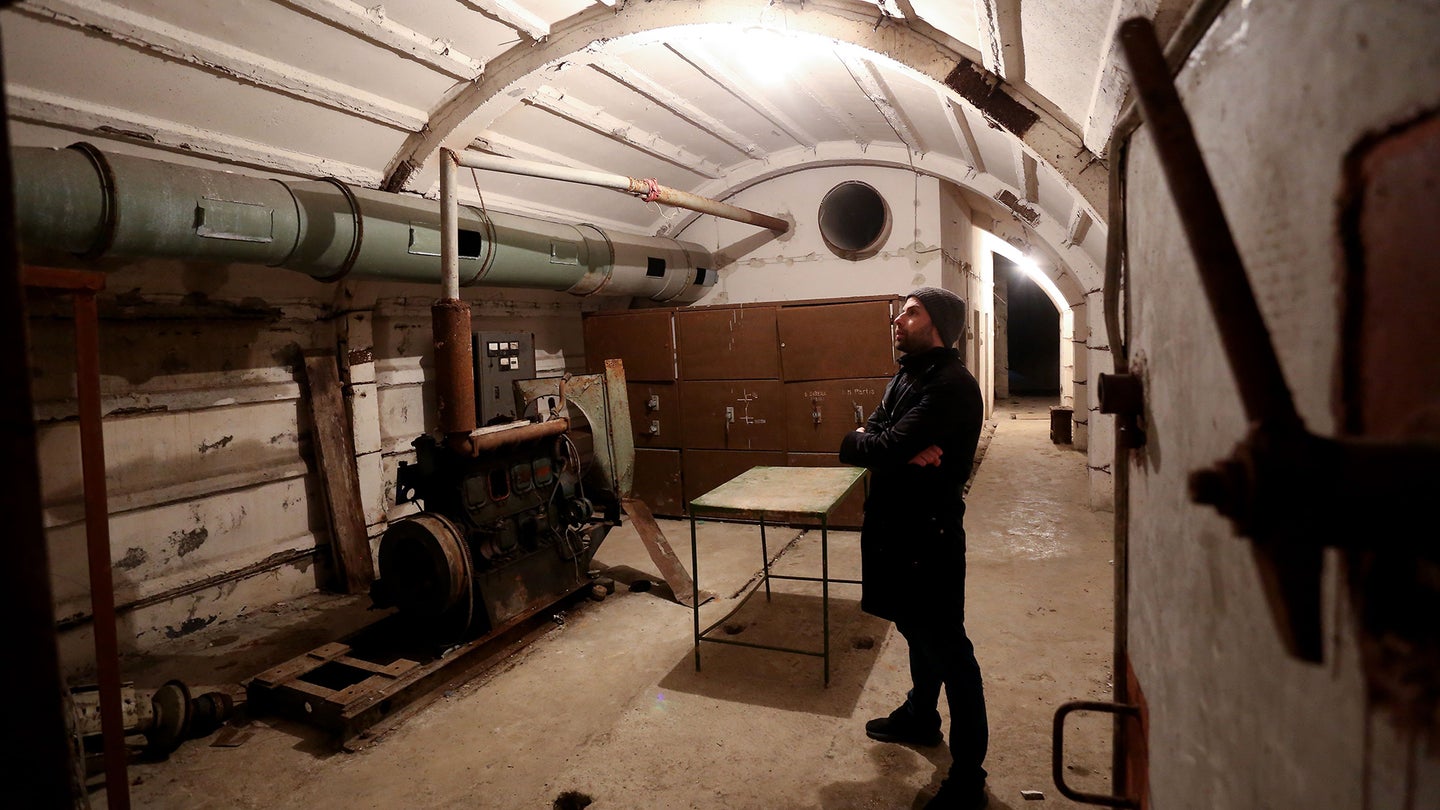 In this photograph taken on February 2, 2020, museum guide Besian Dida, stands in the ventilation room of The Cold War Tunnel Museum in Gjirokastra, Albania. Snaking beneath a fortress in southern Albania, a covert tunnel network built during the country's communist era captures the secrecy and paranoia that defined the long rule of former tyrant Enver Hoxha. Today communism is gone and the military bunker is a tourist attraction, still drawing rare visitors during the pandemic, when themes of fear, isolation and confinement are particularly resonant. The sprawling underground complex, now dubbed the Cold War tunnel, is part of a vast and costly "bunkerisation" project spearheaded by Hoxha, who was gripped by anxiety of a possible foreign invasion during his 40-year isolationist rule. (Photo by Gent SHKULLAKU / AFP via Getty Images)