Recent work being done to test a mysterious metallic-looking coating on stealthy aircraft has expanded to the F-117 Nighthawk and the F-35 Joint Strike Fighter. New images of both types show examples wearing the exotic skin coating that can go from appearing mirror-like to a matte-like depending on the angle at which it is viewed.

While the U.S. Air Force officially retired the F-117 nearly a decade and a half ago, examples continue to fly developmental and test missions, as well as fulfilling a stealthy adversary role. The testing of new coatings has long been part of the Nighthawk's post-retirement activities. Now, after an F-22 began flying with a mirror-like coating out of Nellis Air Force Base last November, and Scaled Composites 'Son Of Ares' demonstrator aircraft also donned the metallic finish a year and a half prior, we can say for certain that the F-117s have joined the metallic coating testing fray. The F-35, on the other hand, like the F-22, is a front-line platform. The fact that the Pentagon's other 5th generation fighter, and one from the Navy no less, is also wearing this treatment points to some interesting possibilities.

The images of the mirror-finished F-117 come to us from a photographer that was lucky enough to stumble upon a pair of the stealth attack jets in mid-January as they were flying near Eureka Dunes in the Saline Military Operating Area (MOA), which lays on the California side of the border with Nevada. The mirrored jet had a standard black-painted wingman and they made multiple passes overhead and the black jet did some low-level work through the area.

As you can see, the F-117 has its leading edges and upper fuselage and tails covered in the mirror-like coating very similar to the one seen on the F-22 that has been flying out of Nellis. This is not the first time the F-117 has worn a similar exotic mirror-like skin. As we wrote in December, back in the early 1990s, a mirror-like metallic finish was tested on an F-117 under the SENIOR SPUD program. That program looked at ways to significantly reduce the Nighthawk's infrared signature and was likely a progenitor of what we are seeing today. Now, nearly 30 years later, the 'Black Jet' is back in a silver skin again.

The F-35, on the other hand, has never been seen in such a scheme. The fact that the aircraft in question is an F-35C from Air Test and Evaluation Squadron Nine (VX-9), one of the Navy's major test units out of Naval Air Weapons Station (NAWS) China Lake, means this coating program is in some ways a joint operation, or at least both services are testing it independently. This would make sense as we first saw this treatment on a Model 401 'Son of Ares' test jet flying over NAWS China Lake.

The shots below that show the VX-9 F-35C in the treatment were taken by aviation photographer Elijah Delgadillo, who goes by @eli_aviation on Instagram, on January 20, 2022. Here is a little from the photographer about how and where he snapped the dramatic images:

These shots were taken along the Sidewinder low-level route in Sequoia National Park in California. After about 45 minutes of a very steep hike to get above the jets, and hours of waiting for a jet to fly through, this silver/chrome painted F-35C Lightning II assigned to the VX-9 "Vampires" greeted us with a pristine low pass. My pops (who is also fascinated by aviation) and I were sitting on the mountain completely shocked as we knew we had seen something extremely new and rare.

The general layout of the metallic coating on this F-35C is nearly identical to what we have seen on the F-22, including the scalloped edges mid-way across the wing. These new images do show one thing new — that the coating appears to be translucent, allowing the markings on the jet to show through below the coating, but only from certain angles. This makes sense considering how the coating goes from polished to matte to somewhat shiny looking depending on the aspect you are viewing it from.

You can see in the photos above and the one below how the roundel marking on the wing literally disappears as the aircraft passes perpendicularly then reappears again. It is actually transitioning to looking dark to light, almost becoming a negative of itself. Also, the nose markings are fully visible as is the VX-9 logo on the tail. Another photo we have examined from another photographer of this jet on the same day also shows this, with the entire aircraft looking polished from the quartering head-on aspect, but the logos showing through as dark outlines. It's also possible that the logos were applied as part of this coating and act similar to it as a result.

Like the F-22, the F-35's radar-absorbent material coating plays a very important role in the aircraft's ability to drastically reduce the range at which radars — especially those associated with fire control — can detect and track them. When we broke the Nellis-based 'mirrored Raptor' story, we noted that the finish is clearly quite unique, made up of a mosaic of small custom-fitted tiles in some places and large sheet-like areas in others, that act more as a coating than a cladding.

We have speculated as to this treatment's purpose before and the Air Force actually gave us a direct comment on it, although it was extremely vague. But by most accounts, this material is thought to reduce the infrared signature of the aircraft from the frontal and side hemispheres. This would reduce the effectiveness of infrared search and track (IRST) systems, of which advanced types are proliferating around the globe and are present on most of the fighter aircraft peer adversaries are flying today.

IRSTs are totally passive sensors and an aircraft's ability to negate radar detection through stealth technology has zero effect on them. You can read all about advanced IRSTs from the best source around in this past feature of ours. Although stealthy aircraft, including the F-22, F-117, and F-35, all have measures built into their designs to help reduce their infrared signature, this is a very tough proposition with high-performance fighters, especially when it comes to hiding from increasingly advanced IRSTs that are fully integrated into an aircraft's combat system and networked with other aircraft.

The USAF and Navy are just now in the process of fielding their first advanced IRSTs in years, initiatives that have, and continue to, require a lot of testing and tactics development work. This includes flying all types of aircraft against the sensor in many conditions. The Air Force is even looking to procure an IRST-like capability for the F-22, which lacks any type of long-range infrared sensor.

It's also important to note that IRSTs will play a major role in the services' unmanned air combat future, with multiple drones carrying IRSTs while linked together via datalink providing targeting information for manned and unmanned assets. There is a secretive program underway that appears to focus on producing a stealthy drone for this role specifically and General Atomics' Avenger drones have been proving the concept during real exercises.

The big thing is that we now know this is, at least up until now, a coating that is exclusive to low-observable designs. In other words, we have not seen it on the F/A-18E/F Super Hornet or F-16C/D Viper, for instance. This could be because testing is being prioritized for aircraft that would push the farthest forward in combat — basically operating in the most high-risk areas. This is a stealthy aircraft's domain over the modern battlefield. If that's the case, this coating must be designed to maintain as much of the aircraft's radio-frequency stealth capability while also minimizing its IR signature, if indeed that is what it is being used for. It is also possible that this is a new RF stealth coating that just happens to appear like this, although that seems less likely. If it is transparent to most radar waves, clearly this would be a huge advantage as it would provide IR signature reduction without compromising the aircraft RF signature reduction measures.

It's also possible that the fact that 4th generation fighters without stealth technology, or in which it was not a primary driver of their design, are already readily detectable by radar, so reducing their infrared signature is not as much of a priority.

The coating could also be used to test new IRST or other sensor systems going into service. This alone made a lot of sense until the F-35 showed up with it on. Having both 5th generation fighters wear it, along with the F-117 and Son Of Ares, just to test sensors doesn't make all that much sense. That is unless both are supporting IRST development for each service independently. We know the Navy and USAF IRST programs are largely compartmentalized even though they use the same base sensor technology, so this is a possibility.

Still, considering that we have not seen a real foreign adversary aircraft wearing a similar finish, along with the statement from the USAF and the fact that so many types of aircraft are wearing it now in the test environment, points to the real possibility that this is being developed for fielding on operational U.S. aircraft. The caveat here is that there may be a program an adversary has underway for a similar coating and testing is occurring to see how to counter it and possibly how to adopt it ourselves.

In the end, it is now more plausible than ever that this is being used for sensor development and for potentially fielding on fleet aircraft under certain circumstances.

Regardless, this stealthy metallic coating program is clearly growing in scope, and the fact that it now includes the Air Force and the Navy aircraft means we probably will be seeing a lot more of it soon, at least if it is deemed effective. 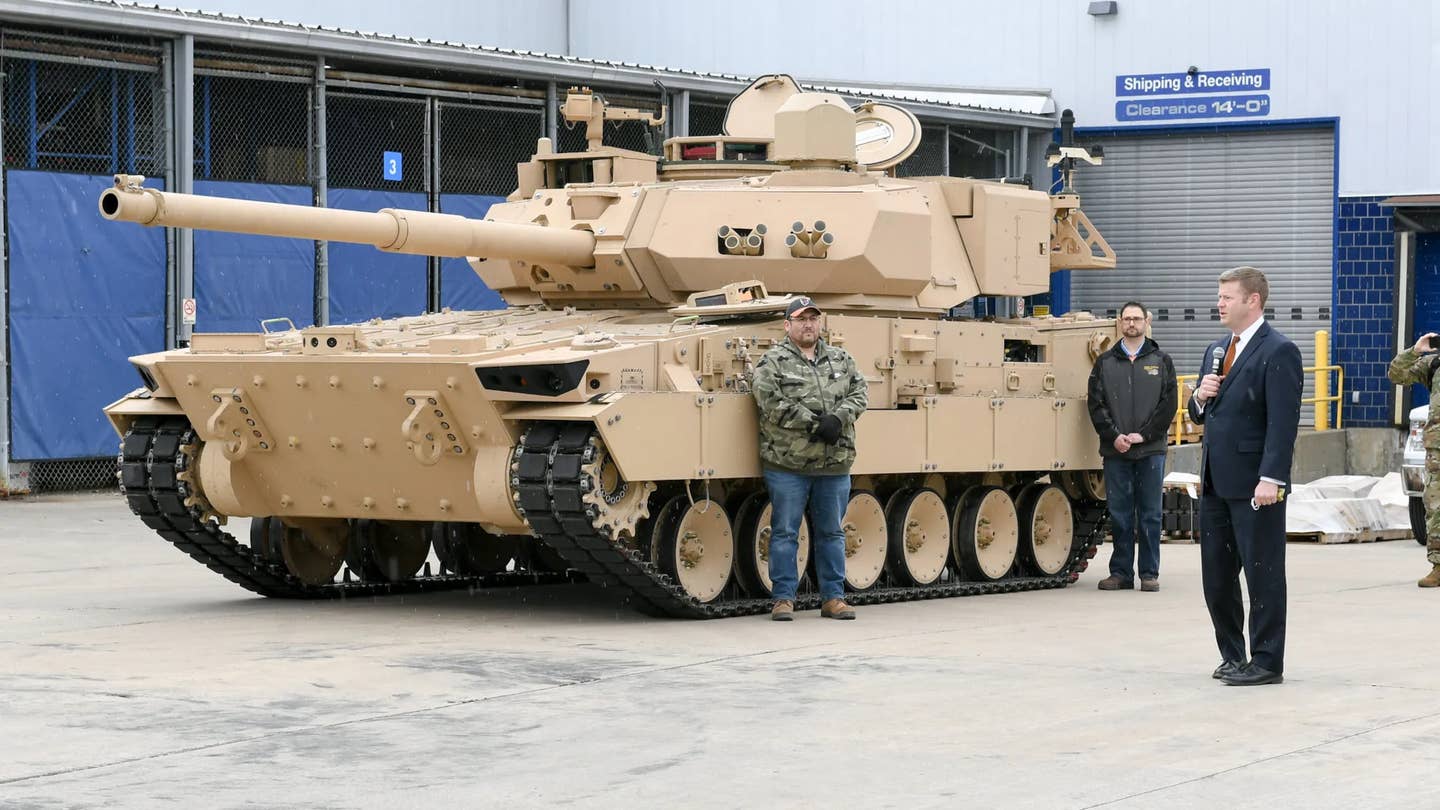 The Army Just Selected Its First Light Tank In Decades 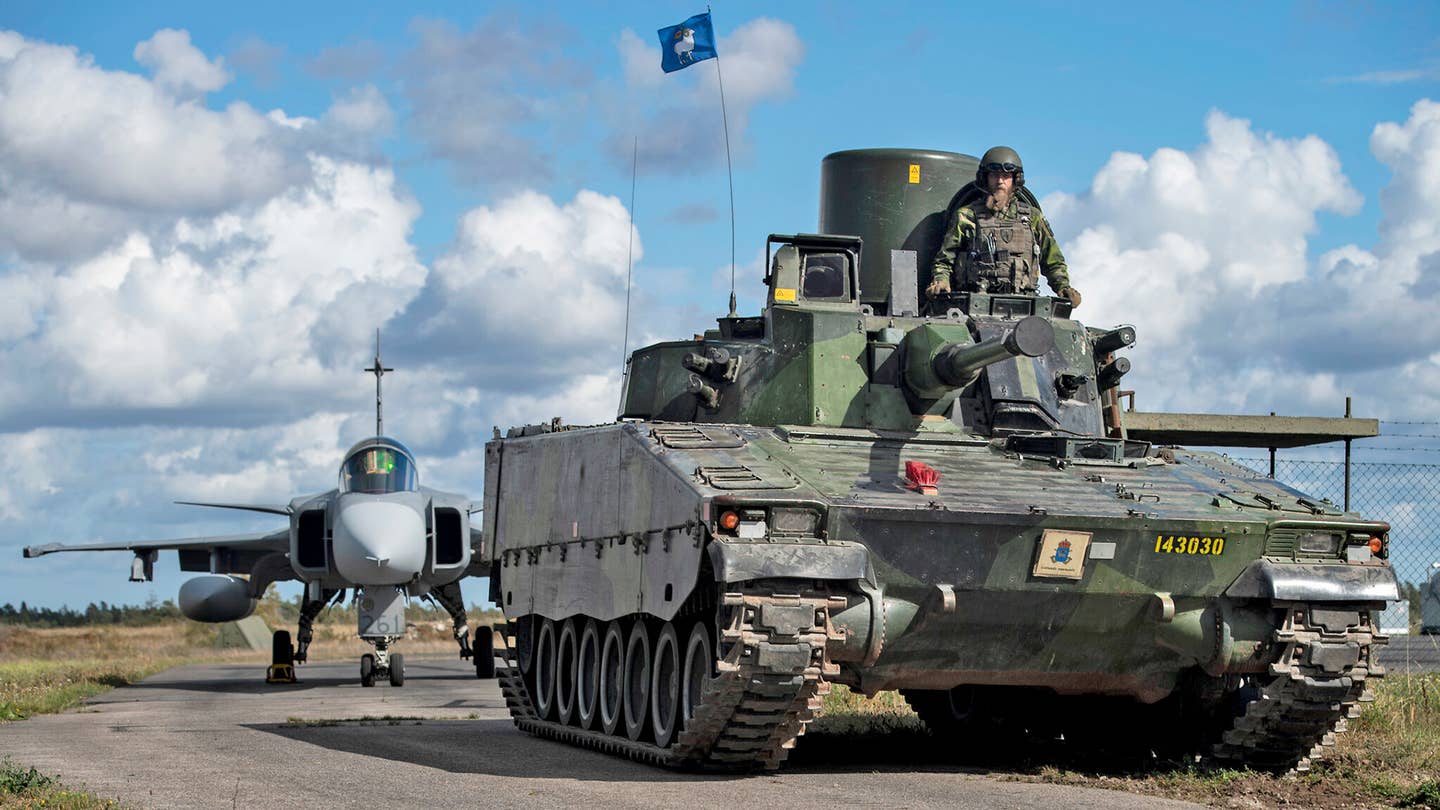 Turkey agreed to allow Finland and Sweden to join NATO in exchange for concessions on Kurdish resistance groups. 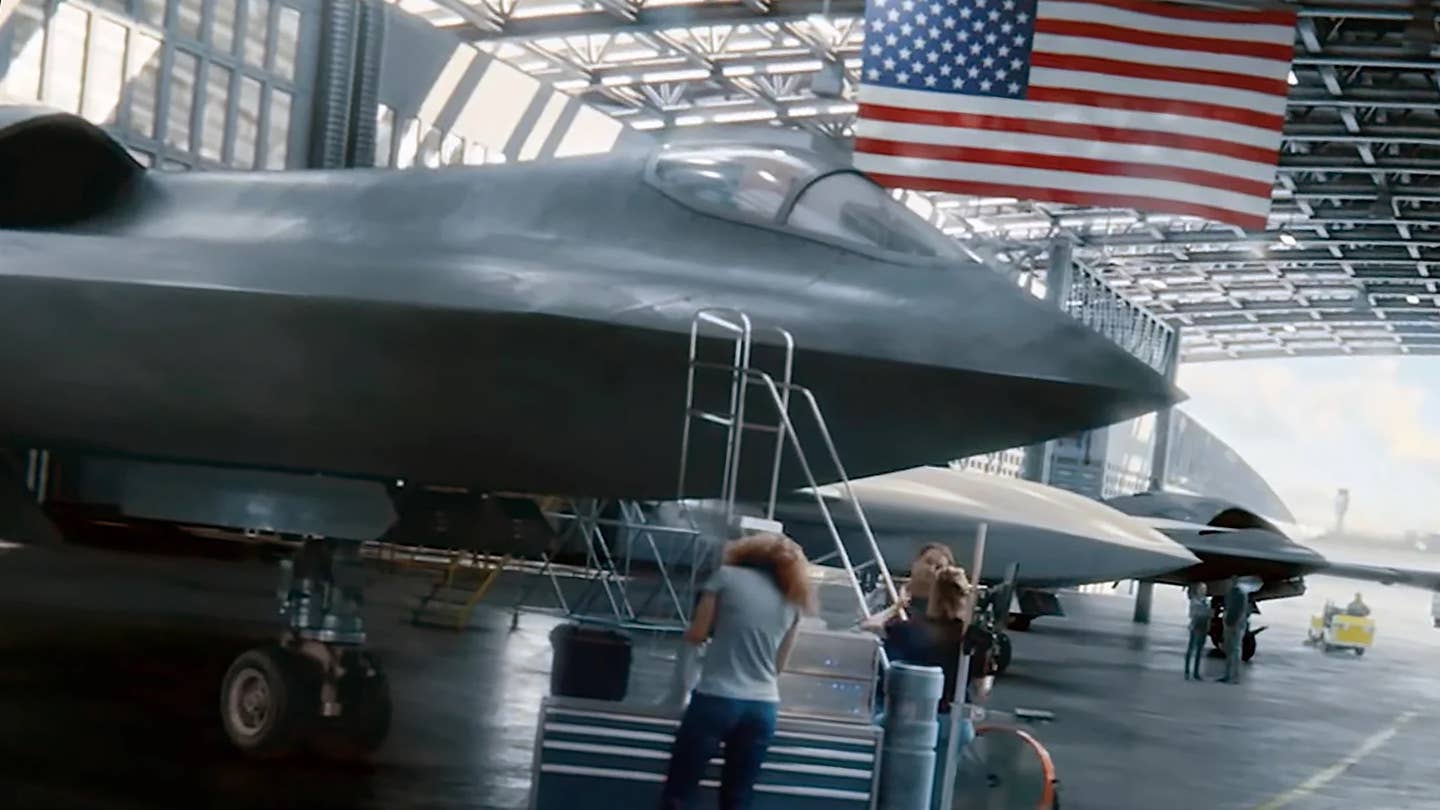 Next Generation Air Dominance ‘Fighter’ Is Still Being Competed

The Air Force has abandoned an ambitious concept for developing its next manned combat jet but it could use it for its loyal wingman drones.