Amid tensions in the Baltic, the incident has led to much speculation as to why the Jumbo Jet took such a strange route. 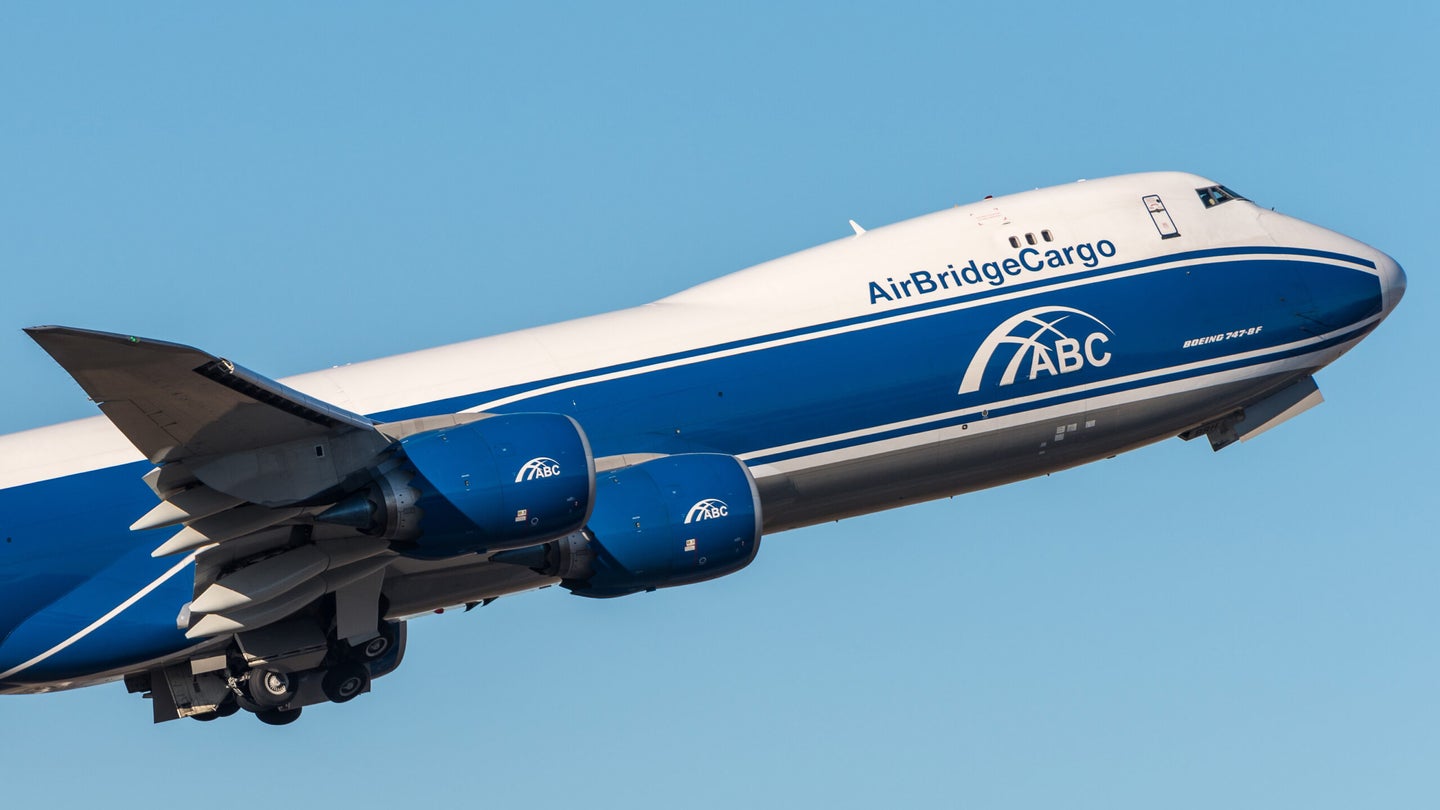 A Russian-operated Boeing 747-8 cargo aircraft recently flew a peculiar route straight through central and southern Finland, during a trip from Moscow to Leipzig in Germany. The reason for the extensive overflight, which was apparently planned in advance and took place over the weekend, is still unknown, but it triggered some alarm in Finland. It comes amid heightened East-West tensions in the continent in general, and especially within the Baltic region.

Flight RU675, operated by AirBridgeCargo Airlines, left Moscow on the evening of January 15. Initially heading north toward Murmansk, located at the end of the Barents Sea. The Jumbo Jet then made an abrupt turn to the west, over the White Sea. Normally, the aircraft would take a route altogether further south of the Baltic region. However, its new course took it over central Finland before emerging over the Baltic Sea and then heading on to Leipzig, in eastern Germany. At this stage, we don’t know what, if any cargo was on the plane and the operator has yet to offer a statement.

As well as adding significant additional mileage, and around another hour to the flight time, the route apparently took the 747 over the headquarters of the Finnish Air Force, located in Tikkakoski, outside the city of Jyväskylä, as well as a military intelligence unit in the same city. RU675’s detour also took it in apparent close proximity to the military airbase at Halli in central Finland, although this doesn’t currently have any permanently based aircraft.

According to open-source flight data, the aircraft was operating at a cruising altitude of around 28,000 feet for the duration of its flight over Finland. While not low, this is substantially below the normal cruising altitude for the type.

While some observers have suggested that the reasons for the detour could have been nefarious — perhaps an intelligence-gathering mission or a deliberately provocative action — the Finnish Air Force has since said it was notified in advance of the route, providing the following statement:

Air traffic moving in Finnish airspace must submit a flight plan to the air navigation services controlling civil air traffic and coordinating the use of Finnish airspace, which includes information on the origin, route, destination, and schedule of the flight.

The Finnish Air Force would neither confirm nor deny whether it had scrambled any of its F/A-18C Hornet fighter jets to intercept the Russian cargo plane.

Nevertheless, the statement from the Finnish Air Force today would seem to quash earlier reports that Flight RU675 was on an “unexpected” route. But even though a flight plan was apparently filed, that doesn’t make it clear what the 747 was doing or why, and Finland's air force has also declined to speculate.

Although the flight was apparently not redirected over Finland at short notice, it may still have provided a useful means of testing the reaction of the Finnish Defense Forces to unusual overflights of this kind. With a shared border and no lack of mutual distrust, the Finnish Defense Forces’ response may have been of interest to Russia, which could have pre-positioned airborne intelligence-gathering assets on its side of the border to monitor what happened.

Then there is the question of what was actually on board the aircraft or how was it configured. Actually installing surveillance devices aboard commercial flights is not an unprecedented idea by any means. During the Cold War, these kinds of activities were a constant source of concern for both sides, and flights eerily similar to this one did occur with Aeroflot aircraft. Fast forward to today and executing something similar would probably be easier than ever as highly-sensitive electronic surveillance equipment has become increasingly miniaturized with each passing year. That's not to say that was the case for this flight — there is no evidence to back up such a claim at this time — but it is surely something to keep in mind.

Meanwhile, the presence of Russian military aircraft in Finnish airspace is not unknown, either. In one notable incident covered by The War Zone, armed Russian Su-27 Flankers supposedly ventured into Finland’s airspace in 2016, and Finnish F/A-18s were scrambled on that occasion to intercept them.

Whatever the reason for the unusual overflight, it succeeded in generating interest, and even a degree of concern in Finland, which may also have been reason alone, if Moscow were seeking to further add to the uncertainty in the Baltic region.

The last few days have already seen a spate of military incidents in the Baltic in which Russia has played a role and to which countries in the region, both NATO members and non-aligned, have responded both with rhetoric and with military deployments of their own.

A bolstered Russian Navy presence in the Baltic led to Sweden sending additional forces to the strategic island of Gotland, although the six landing ships that were underway in these waters have now departed the Baltic, their final destination is currently unknown.

Officials in Sweden consider that these Russian naval movements are irregular and there have been discussions about whether these deployments may also be related to Russian activity around its borders with Ukraine. An influx of Russian troops and materiel in part of Russia adjacent to Ukraine have led to continued concerns about a potential new invasion of that country by Moscow.

At the same time, Sweden has been looking into a spate of mysterious incidents involving unidentified drones, which appeared in its airspace over multiple nuclear power facilities, beginning on January 14, and which have continued since. The Swedish Security Service has now taken over the investigation which has been declared a “national special event.”

Another nation in the Baltic region, Denmark recently announced additional military measures in response to what it has determined to be Russian threats toward Ukraine. Denmark will deploy four F-16 fighter jets to Šiauliai Air Base in Lithuania, while the frigate Peter Willemoes will be made available to NATO’s naval forces and is expected to patrol the Baltic Sea.

On the Russian side, other notable recent developments include preparations for joint military maneuvers with its close ally Belarus, which shares a roughly 700-mile border with Ukraine. In the past, there have been concerns that Russia might attempt a new invasion of Ukraine via Belarus, which would be preceded by deployment of additional Russian forces in Belarus, as is now happening for the current Allied Resolve exercise.

Elsewhere in Russia, snap drills in the Eastern Military District have also led to speculation that the country may be moving considerable additional forces to the west, closer to the border with Ukraine.

While there may well be an innocent explanation to AirBridgeCargo’s overflight of Finnish territory, it seems unlikely that these and other factors weren’t considered when the flight was planned. It seems possible this was either a deliberate attempt to create more confusion or it was decided that the risk of such confusion was one worth taking, for whatever other reason.

The stakes are clearly high in the current East-West standoff and the geopolitical situation in the Baltic region means it’s always likely to be a key area during tensions of this kind. The peculiar overflight by Flight RU675 only reinforces that reality.