Authorities in the United Arab Emirates have, for what appears to be the first time ever, acknowledged an attack inside their country, possibly involving drones, by Iranian-backed Houthi rebels in Yemen. They have also declared their right to retaliate and said that those responsible will be held accountable. The Houthis had already claimed responsibility for causing explosions in the UAE's capital, Abu Dhabi, that killed three people and injured six more.

UAE officials had earlier said that two separate explosions in the vicinity of a depot belonging to the state-owned Abu Dhabi National Oil Company triggered a fire, which then caused three fuel tanker trucks to blow up. A separate fire was also reported at a construction site near Abu Dhabi International Airport.

“The cause of the fires are small flying objects, possibly belonging to drones, that fell in the two areas,” according to the country's official news agency, which also insisted that there was was "no significant damage" as a result. Houthi officials have indicated that missile units, as well as those who employ drones, took part in this operation, suggesting that it might have involved multiple types of weapons. Details remain limited on exactly how these attacks were carried out.

"We condemn the Houthi militia's targeting of civilian areas and facilities on UAE soil today," a subsequent statement from the UAE Foreign Ministry said. "The terrorist militia has carried out a cowardly act to spread terrorism and chaos in the region in order to achieve its illegal aims and objectives."

"We reiterate that those responsible for this unlawful targeting of our country will be held accountable," the statement added. "The UAE reserves the right to respond to these terrorist attacks and criminal escalation."

"We condemn in the strongest of words the cowardly terror attack that targeted Abu Dhabi International Airport in the UAE," Saudi Arabia's Ministry of Foreign Affairs said in its own statement earlier in the day. "The kingdom also points out that this terror attack which the Houthi militia is behind reconfirms the danger that this terror group poses and its threat to the security, peace and stability in the region and the world."

This official attribution is significant. The Houthis have claimed to have launched a number of drone attacks on targets in the UAE since at least 2018, but authorities there have denied those incidents occurred. In 2019, the Yemeni group released a video, that it said proved their claim of having struck Abu Dhabi International Airport with a 'suicide drone' the previous July, but the footage could not be independently verified. That clip, seen below, has been circulating on social media today with erroneous claims that it from this latest incident.

That being said, the Houthis' previous claims were certainly plausible. The group has, with Iranian assistance, amassed a significant and diverse arsenal of unmanned platforms capable of carrying out attacks at extended ranges. They also have access to a number of different types of ballistic and ground-launched land-attack cruise missiles.

Houthi drones and missiles are regularly used to attack military and civilian targets in Saudi Arabia, to the point that it has begun to noticeably strain that country's defensive resources, as well as within Yemen. It's not clear if UAE forces made any attempts to intercept the incoming threats today, but CNN

reported that an Emirati fighter jet was observed flying over the attack site afterward.

There would certainly seem to be a concern that this incident could be the beginning of a similarly regular campaign of attacks by the Houthis on targets in the UAE, including major cities, many of which are popular international tourist destinations. "Operations like this will continue so long as the offensive and blockade continue and it will encompass strategic targets," Ali Al Qhoom, who is a member of the Houthi's political bureau, wrote on Twitter, as seen below. "These operations will happen within the context of a legitimate response to the crimes and attacks of the UAE in Yemen."

The UAE has been an important part of the Saudi-led coalition fighting the Houthis in Yemen since that conflict began in 2015. However, the country had significantly scaled back its operations against the Iranian-backed group in 2019, focusing more on tackling Al Qaeda-linked terrorists and other groups in Yemen amid reports of a possible rapprochement with the regime in Tehran. Just in December 2021, Sheikh Tahnoon bin Zayed Al Nahyan, a senior national security advisor to the ostensible ruler of the UAE, Mohamed bin Zayed Al Nahyan, met with his Iranian counterpart in Tehran.

At the same time, UAE-backed forces in Yemen recently joined a new major offensive against the Houthis, indicating that the Emiratis may be returning to a more active role in the campaign there. The Houthis also continue to hold a UAE-flagged ship that they seized earlier this month, accusing it of being used to move military materiel in support of the Saudi-led coalition. Saudi Arabian officials said that the vessel had been on a simple transport mission to bring home vehicles and other equipment back from a disused military hospital on an island in the Arabian Sea.

If nothing else, this attack underscores the reality that unmanned systems present significant threats to civilian infrastructure, as well as military targets on and off the battlefield, now, that these dangers are only likely to grow as time goes on. U.S. military commanders in the Middle East have been among those most vocal about the evolution of these threats, many of which emanate from Iran, and the risks they pose.

When it comes to the UAE, specifically, last year, the U.S. Air Force's top command in the Middle East conducted at least one aerial counter-drone exercise involving an array of different aircraft with its Emirati counterparts. In addition, American personnel at Al Dhafra Air Base in the country, a major regional hub for the U.S. Air Force, are among those in the region, as well as elsewhere around the world, that are increasingly fielding new defensive capabilities against lower-tier unmanned threats. Smaller drones can be particularly hard to protect against, especially if they are employed in larger numbers or as part of a networked swarm.

“U.S. forces are ready and available to assist and support their Emirati partners if requested,”  U.S. Air Force Brig. Gen. Andrew Clark, the American commander at Al Dhafra, said in a statement to Military Times.

All told, it remains to be seen whether this attack is the start of a larger trend. At the same time, the Houthis do now seem to have conclusively demonstrated their ability to attack within the UAE, which can only have significant ramifications for that country.

Yahya Sare'e, a Houthi spokesperson, has issued a statement expanding on the group's claims about the size and scope of its attacks on the UAE. The Houthis now say they targeted the airport in Dubai and unspecified "sensitive Emirati sites and facilities," in addition to the airport and oil-related infrastructure in Abu Dhabi. The statement says that "ballistic and winged missiles," the latter likely referring to cruise missiles, were employed along with a "large number of drones."

There have been no reports of attacks outside of Abu Dhabi so far. No pictures or video have emerged yet showing the wreckage of any drones or missiles, which could be used to help identify what specific types might have been employed.

However, these claims, whether substantiated or not, are very similar to those surrounding the unprecedented drone and missile strikes on oil-related infrastructure in Saudi Arabia in 2019, many of which were borne out. The Houthis took responsibility for those attacks, though the United States blamed Iran directly for carrying them out.

It remains to be seen what further details about the Houthis attacks in the UAE, and evidence to support them, might emerge in the coming days and weeks.

"The armed forces [the Houthis] warn foreign companies, citizens, and the residents of the UAE enemy state that they will not hesitate the expand the bank of targets to include more important sites and facilities during the coming period, [and] that they should stay away from vital sites and facilities for their own safety," Sare'e's statement added. "[The] UAE will be an unsafe state as long as its aggressive escalation against Yemen continues."

In the meantime, there have already been reports that the Saudi-led coalition has launched airstrikes against targets in Yemen's capital Sana'a in response to the attacks in the UAE.

has now reported that the UAE is pushing the United States to formally put the Houthis back on a list of designated international terrorist groups. Last year, President Joe Biden's administration 'de-listed' the Houthis as part of a renewed push to find a negotiated settlement to the conflict in Yemen. That decision came around a month after outgoing President Donald Trump's administration had put the group on the U.S. government's official list of foreign terrorist organizations in the first place. 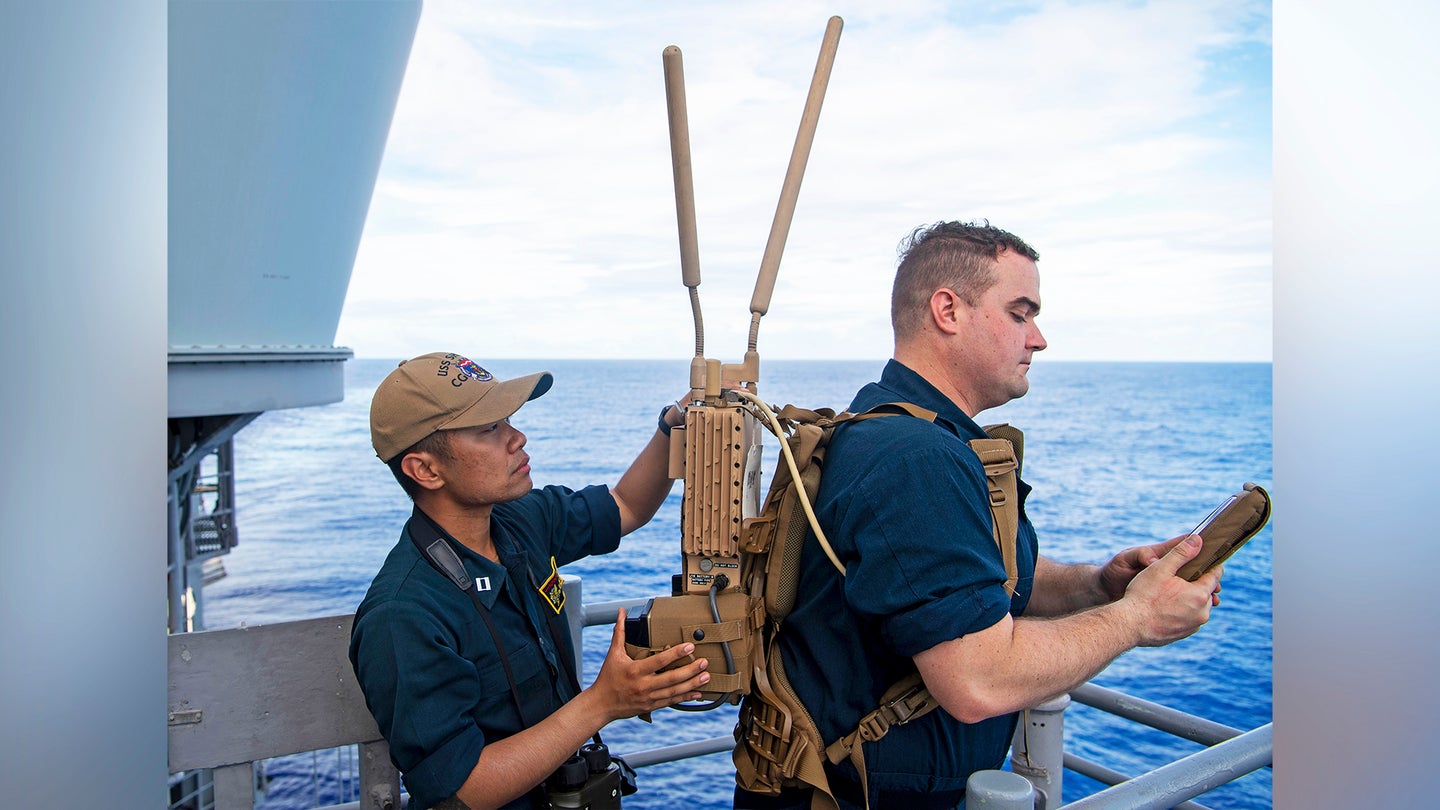 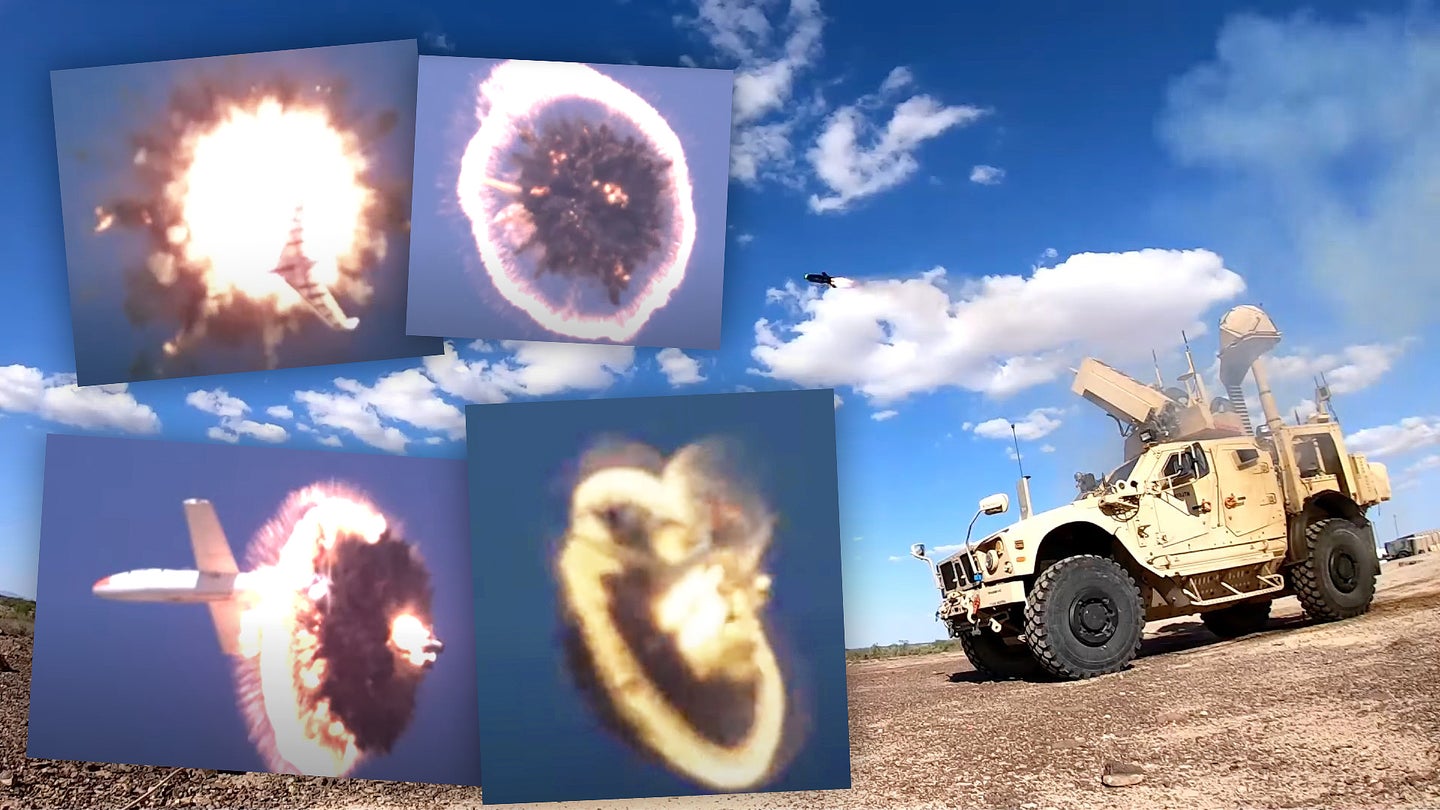 Coyote doesn’t play around when it comes to blowing other drones to bits. The explosions alone make the video worth watching. 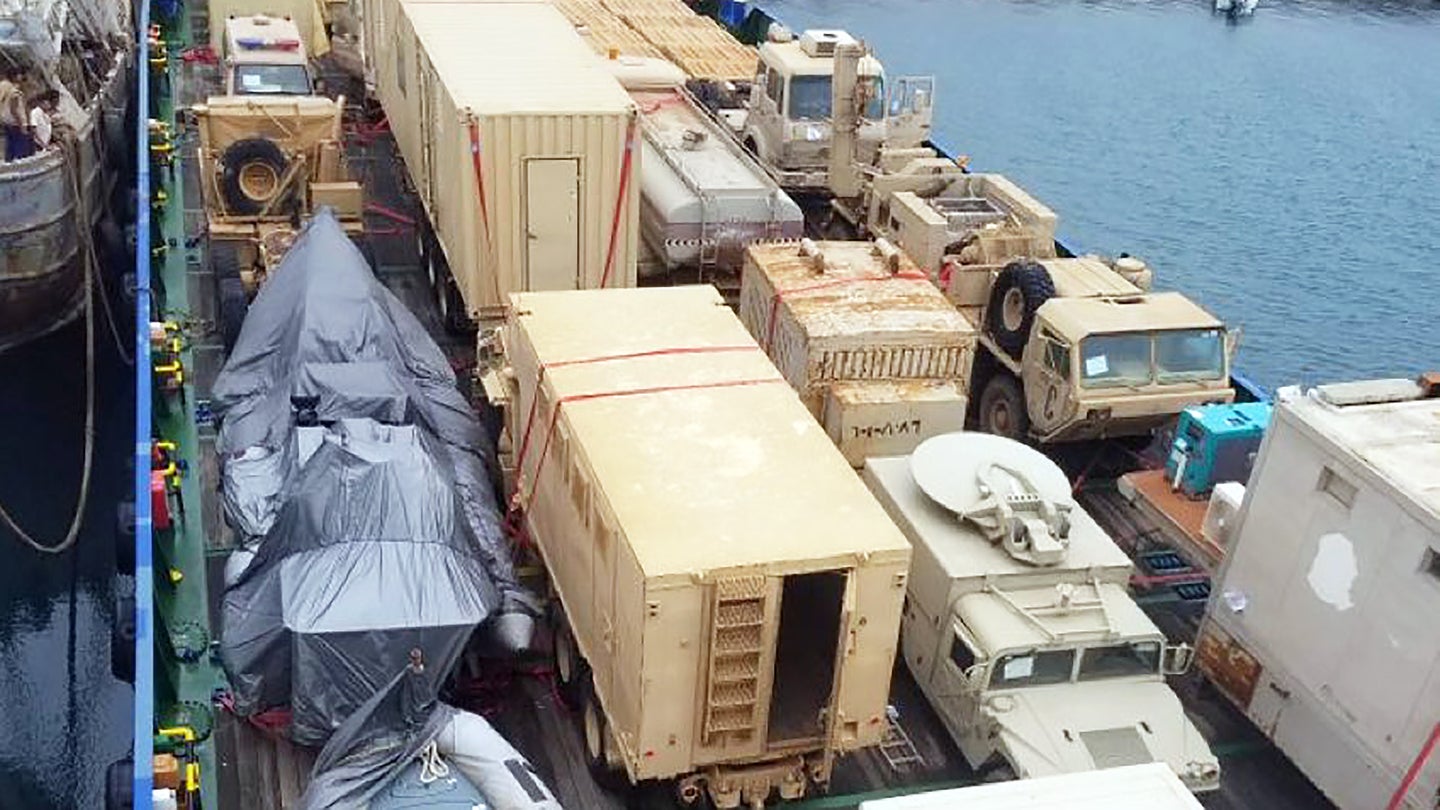