The bizarre and so far still unexplained ground stop of planes near the West Coast and Hawaii came just after a North Korean ballistic missile launch. 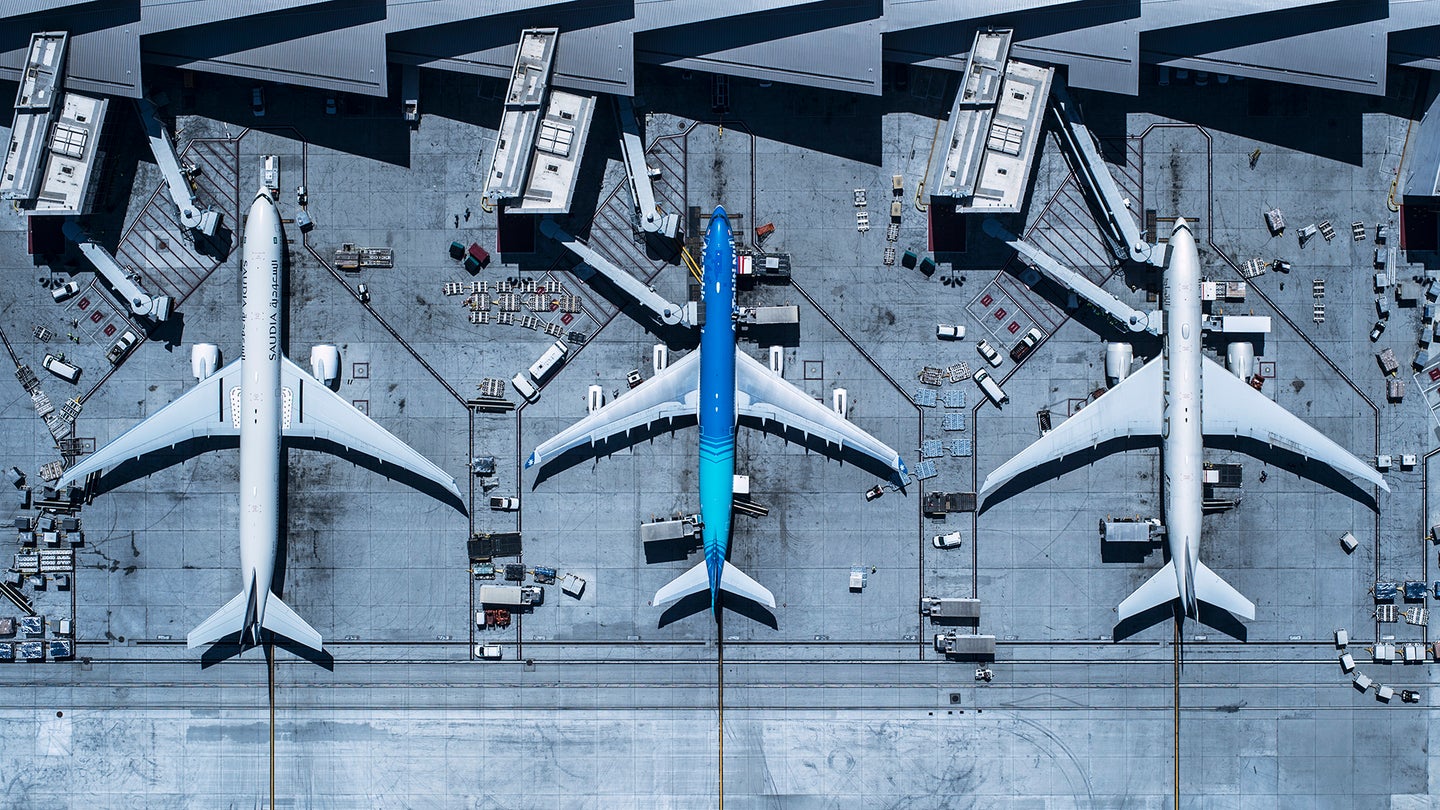 The Federal Aviation Administration has finally put out an official statement regarding a still very mysterious ground stop order that it issued to all aircraft in the western U.S. and Hawaii yesterday around 2:30 PM PST. While the incident is now confirmed, there are still a significant number of unanswered questions, including the most important one: what triggered this decision in the first place? You can get up to speed first on what The War Zone had been able to determine in our initial reporting here.

Author's Note: We have new information regarding what promoted this incident, click over to our latest post explaining everything we know here.

The FAA issued its statement just before 9:40 AM PST this afternoon, over 20 hours after the order was sent. The War Zone had already reached out to the FAA with a number of basic questions regarding the event, but we have still not received a direct response.

FAA's full statement, so far, regarding this incident, is as follows:

This statement is immediately curious for a number of reasons. For one, publicly available recordings of air traffic controllers on the ground talking with pilots at the time show that this pause was not limited to the West Coast of the continental United States. For instance, pilots in Honolulu, Hawaii were given similar instructions.

One source, a pilot flying into Yuma, Arizona, which lies around 150 miles inland from the West Coast, told The War Zone that the alert had been described to them as "national ground stop." This also highlights that we know that the stop order did not only impact departures. Other air traffic control recordings make clear that even some aircraft were ordered to land as soon as possible, as well.

The FAA statement makes no mention of what prompted it to take this "precaution," either. Air traffic controllers at Burbank in California can be heard in one recording referencing an unspecified "national security threat."

There had been reports, as well as general speculation, that the ground stop may have been related to a North Korean missile launch that occurred right at almost the same time that FAA issued its order. This was not entirely out of the realm of reason. A Russian missile drill led to a false alarm about an incoming ballistic missile flying toward Ramstein Air Base in Germany, a major U.S. Air Force hub, in 2020. North Korea has been developing a slew of new and improved ballistic missiles in recent years, some of which have the capacity to reach the United States, including Hawaii, as well as smaller outlying territories in the Pacific.

When we reached out to U.S. Strategic Command (STRATCOM) earlier today, a public affairs officer there declined to confirm or deny whether that launch was ever categorized as a threat to the United States or any of its outlying territories, and referred all our queries to the FAA. A spokesperson for the U.S.-Canadian North American Aerospace Defense Command (NORAD) separately told The War Zone that it had not issued any alerts of its own regarding North Korea's launch or any other potential threat that had then triggered FAA's response, refuting a report earlier today from CNN. That same outlet later reported that an official at NORAD had told it that the North Korean launch was quickly determined to not pose a threat to the United States.

There is certainly no shortage of other potential sources of threats, real or claimed, that might have prompted FAA to act. In January 2021, it emerged that air traffic controllers in New York had heard a threat come over the radio, but deemed it to be not credible. "We are flying a plane into the Capitol on Wednesday. Soleimani will be avenged," a digitized voice reportedly said, a reference to the U.S. killing of Iranian General Qassem Soleimani in Iraq the year before on Jan. 3.

We still don't know what kind of information STRATCOM conveyed to the FAA or if they conveyed any threat information at all regarding the North Korean test launch. That being said, the fact that NORAD said it did not issue an alert of its own and did not deem this missile to be a threat makes all of this the more curious. We discussed the major challenges that exist when it comes to accurately categorizing and responding to North Korean missile launches in our initial reporting.

Some other kind of reported threat, real or not, a computer hack of certain FAA systems, or even just a blatant mistake of some kind, are also possible explanations for what might have happened that have nothing to do with the North Korean missile test. We just don't know at this time.

What we do know is that the FAA's statement is extremely limited considering the vacuum of information surrounding what was a major event. Not only does it not tell the whole story, it tells no story at all as to how this happened or why. We hope to receive a response to our inquiry from the agency to help clear up the issue and get to the bottom of exactly what occurred.