Eviation could revolutionize aviation with its all-electric Alice commuter plane designed to fly hundreds of miles with nine passengers onboard.

Eviation’s out-of-this-world-looking all-electric aircraft Alice was out in the open this week as it underwent engine testing leading up to its first flight. According to its manufacturer, the “world’s first all-electric commuter aircraft” could take to the skies after just several days’ more testing.

Alice was spotted this week at Arlington Municipal Airport (KAWO), north of Seattle, Washington, where it performed engine testing in preparation for upcoming high-speed taxi tests. Aviation photographer Jeremy Dwyer-Lindgren of JDL Multimedia snapped some great images of Alice as it went about its ground-testing preparations, which The War Zone subsequently obtained.

Eviation CEO Omer Bar-Yohay told FLYING Magazine on Monday that while the company doesn’t want to commit to a first flight date yet, he feels they are only “five to six [nice weather] testing days away from starting the flight campaign.” According to Global Aviation Resource, however, the tests did not go well. The site reported that the plane's second engine refused to start during this week's test, triggering a shutdown of the first engine.

Bar-Yohay released a video on Twitter of a separate low-speed taxi test conducted in December 2021 featuring a caption that compared Eviation’s efforts with the Wright Brothers’ first powered flight in 1903.

An early configuration of Alice made its first appearance at the Paris Air Show in 2019, at which time the company claimed the aircraft could reduce carrier maintenance and operating costs by up to 70%. Eviation’s all-electric aircraft features a fly-by-wire system made by Honeywell and is powered by high-energy-density batteries that feed two tail-mounted 640-kilowatt magni650 motors manufactured by MagniX that push five-bladed propellers, which will hopefully give the plane a maximum cruise speed of 250 knots.

In its ‘commuter’ configuration, seen in these recent engine tests, the aircraft can accommodate nine passengers and a crew of two. Eviation is also planning an ‘executive’ configuration that seats six passengers in larger, more luxurious seating, and a “cargo” configuration that includes forward and aft doors offering access to a 450-cubic-foot, temperature-controlled continuous cargo bay.

Alice is designed to boast a maximum range of 440 nautical miles and carry a maximum payload of 2,500 pounds. Alice’s total maximum take-off weight is 16,500 pounds, and its service ceiling is around 32,200 feet. The company claims Alice requires just 30 minutes of charging time per flight hour, meaning it could be recharged while unloading and loading cargo or passengers.

The now-refined Alice airframe features a T-tail, high aspect ratio straight wings with winglets, and unique front-facing propellers mounted on nacelles that attach to the aircraft's empennage via aft-mounted pylons. The aircraft's domed-shaped fuselage features a sleek, highly elongated design giving Alice an almost spaceship-like appearance. The overall design is clearly highly optimized for efficiency, something every electric aircraft will need to strive for in order to overcome the technology's current limitations.

Global logistics firm DHL announced a provisional order for 12 Alice cargo craft last year, writing that the company had “found the perfect partner with Eviation” with whom they can “take off into a new era of sustainable aviation.” Eviation CEO Omer Bar-Yohay said the order fits with the company’s “audacious goal to transform the aviation industry and create a new era with electric aircraft,” claiming that the agreement shows “the electric era is upon us.” The CEO told CNBC that Alice could fit into existing logistics route networks, enabling a “nearly seamless” transition to electric aircraft for parcel and cargo operators.

It’s too early to tell if the “electric era” is truly upon us just yet, but some market analysts predict the electric aircraft market could total close to $10 billion by 2027. That may be conservative if Alice, which represents a huge leap forward, is successful in delivering on its promises.

Dozens of other aerospace manufacturers, including the biggest ones in the business, are developing or funding their own electric aircraft designs. Airbus currently has a variety of all-electric demonstrators in its portfolio and has conducted a number of successful flights including one across the English Channel in 2015. Boeing and JetBlue funded the all-electric aircraft startup Zunum Aero in 2017, but that venture resulted in nothing but lawsuits. In 2020, Cessna flew an all-electric version of its 208B Grand Caravan in a 30-minute demonstration, although that aircraft was so heavily modified to fit its lithium batteries and cooling systems aboard that passengers could not even fit inside. “Yeah, I couldn’t fit a person in that aircraft. There was not even an attempt to put the batteries in a more convenient place,” MagniX CEO Roei Ganzarski said about the flight. “This specific eCaravan was designed as a flying testbed.”

While the FAA has yet to certify any electric propulsion systems, the European Union Aviation Safety Agency certified the world's first in 2020: the Pipistrel Velis Electro, a two-seater designed for daytime pilot training. The Danish Armed Forces have already signed up to lease two Velis Electros, which are being used for pilot training as part of a study into more environmentally friendly aircraft fleets.

Still, electric air travel has to start somewhere. Even if all-electric commercial aircraft are limited to shorter commuter routes and cargo flights for the first several years (or longer), industry experts and private aerospace firms could gather valuable data that should help further refine the technology and develop the infrastructure necessary to support electric aircraft.

And really, Alice represents much more capability than just ‘starting somewhere.’ If electric-powered flight takes off and rapidly evolves anywhere near as fast as we have seen in the electric car space, it could totally revolutionize aviation. This is especially true for general aviation, which has struggled to grow its ranks due to the high financial barrier to entry and increasing operational costs of general aviation aircraft. In other words, electric fixed-wing aircraft could usher in a renaissance of sorts for private aviation. What it could do for the commercial side of things may take more time, but it could become equally if not even more impactful in that space. There are also major military applications for some of this technology, as well.

With this in mind, the success of Alice could be a big springboard into mainstreaming electric aircraft, and judging by these shots of the design in the flesh, it sure looks the part of a technological revolutionary. 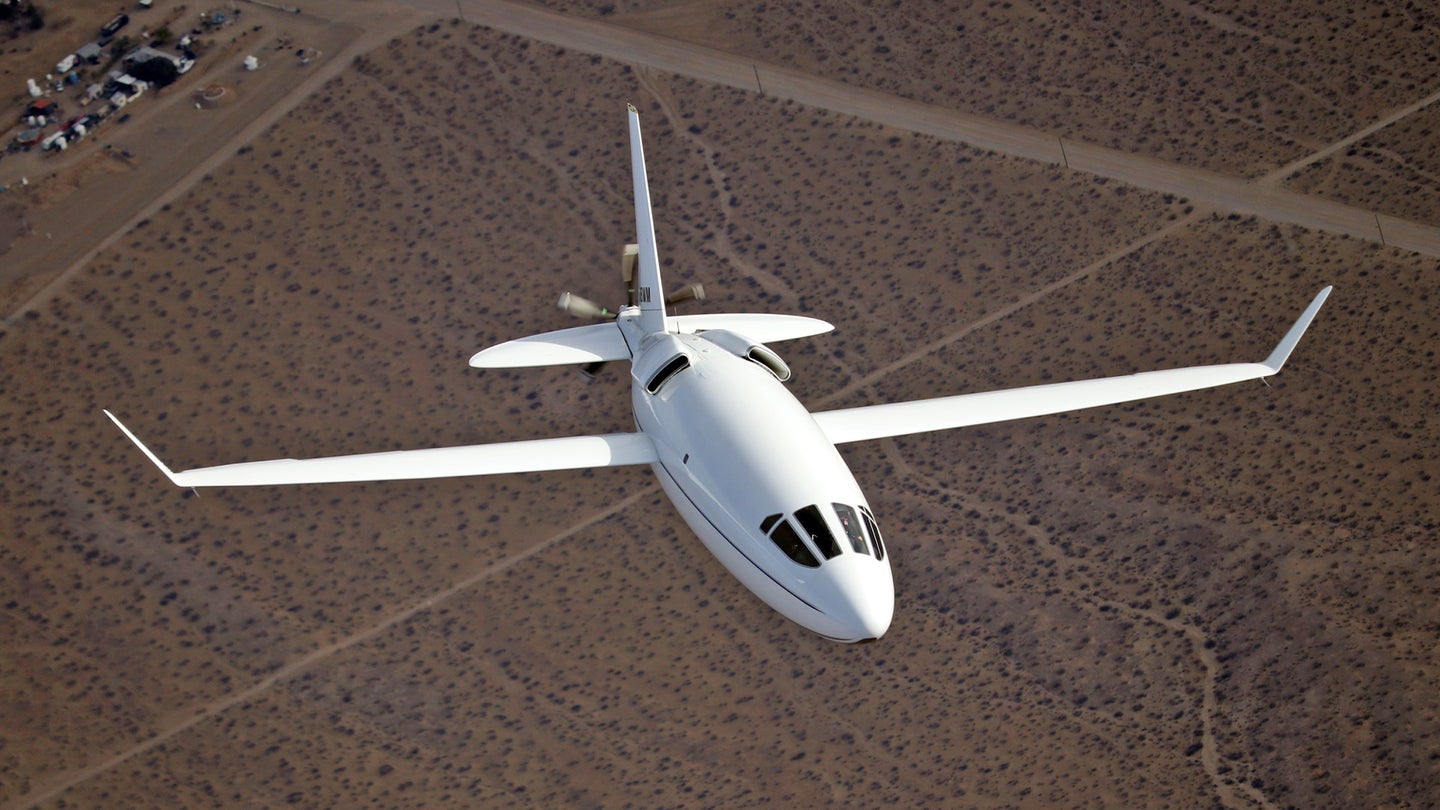 The company behind this unusual design, Otto Aviation, says the tests show the aircraft is on its way to meeting very ambitious performance goals. 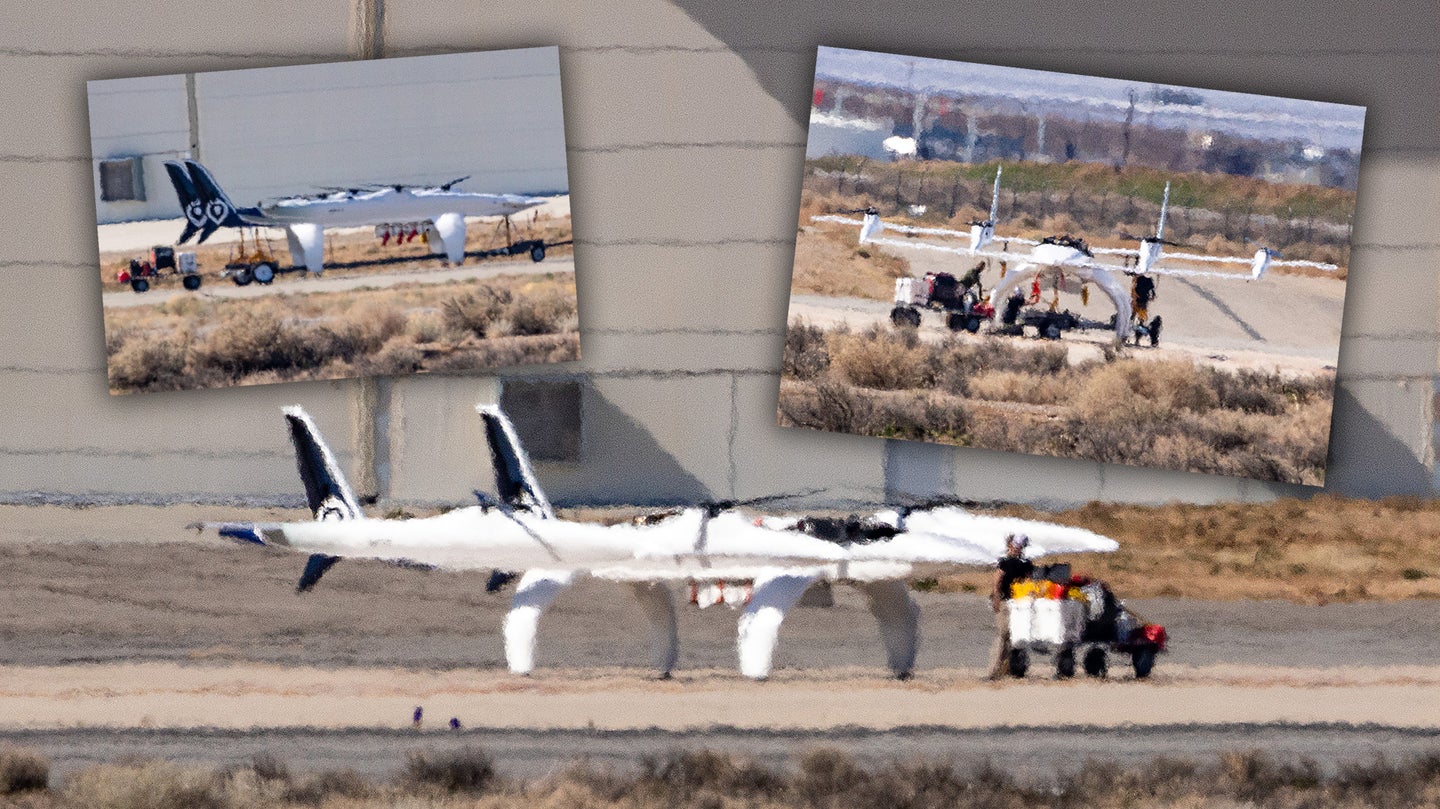 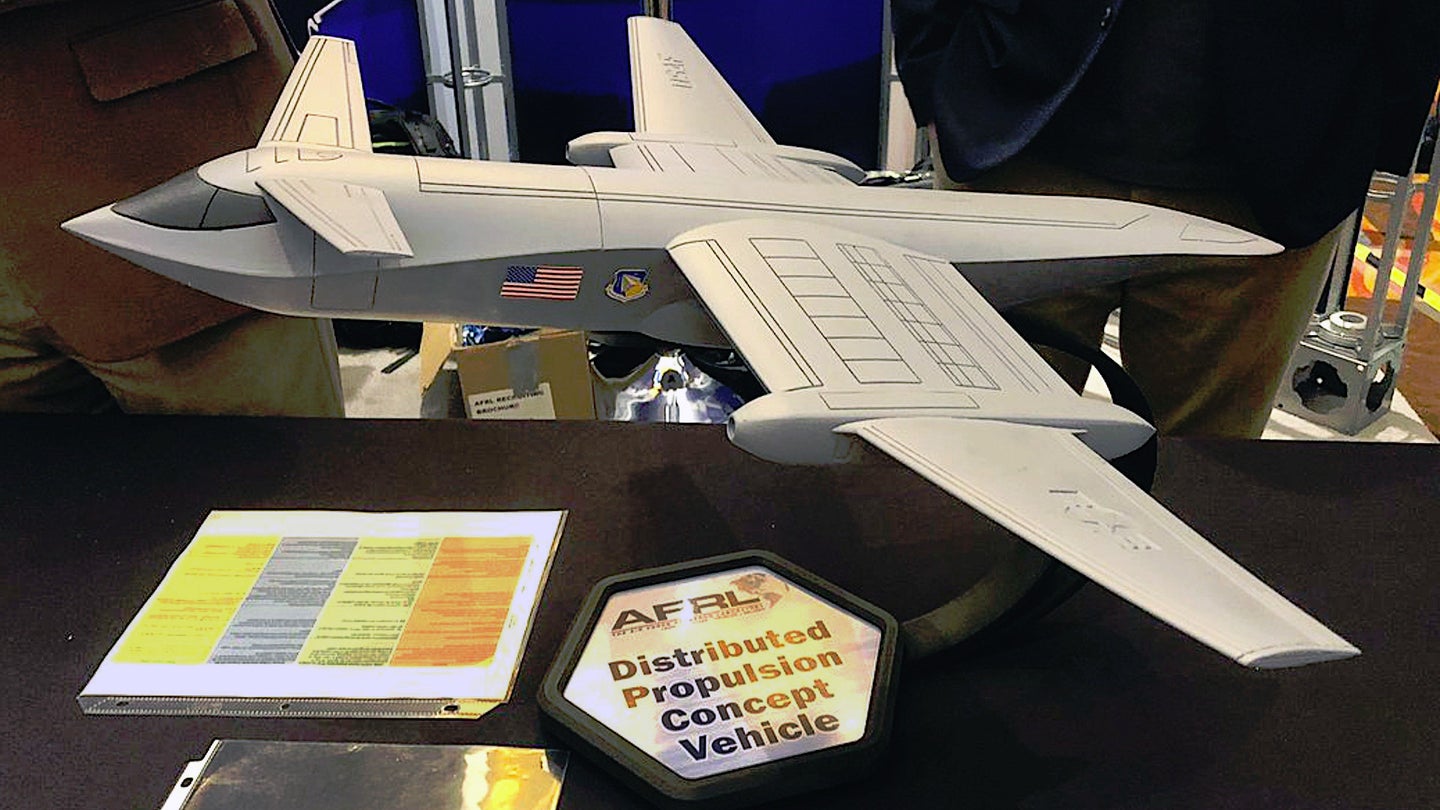 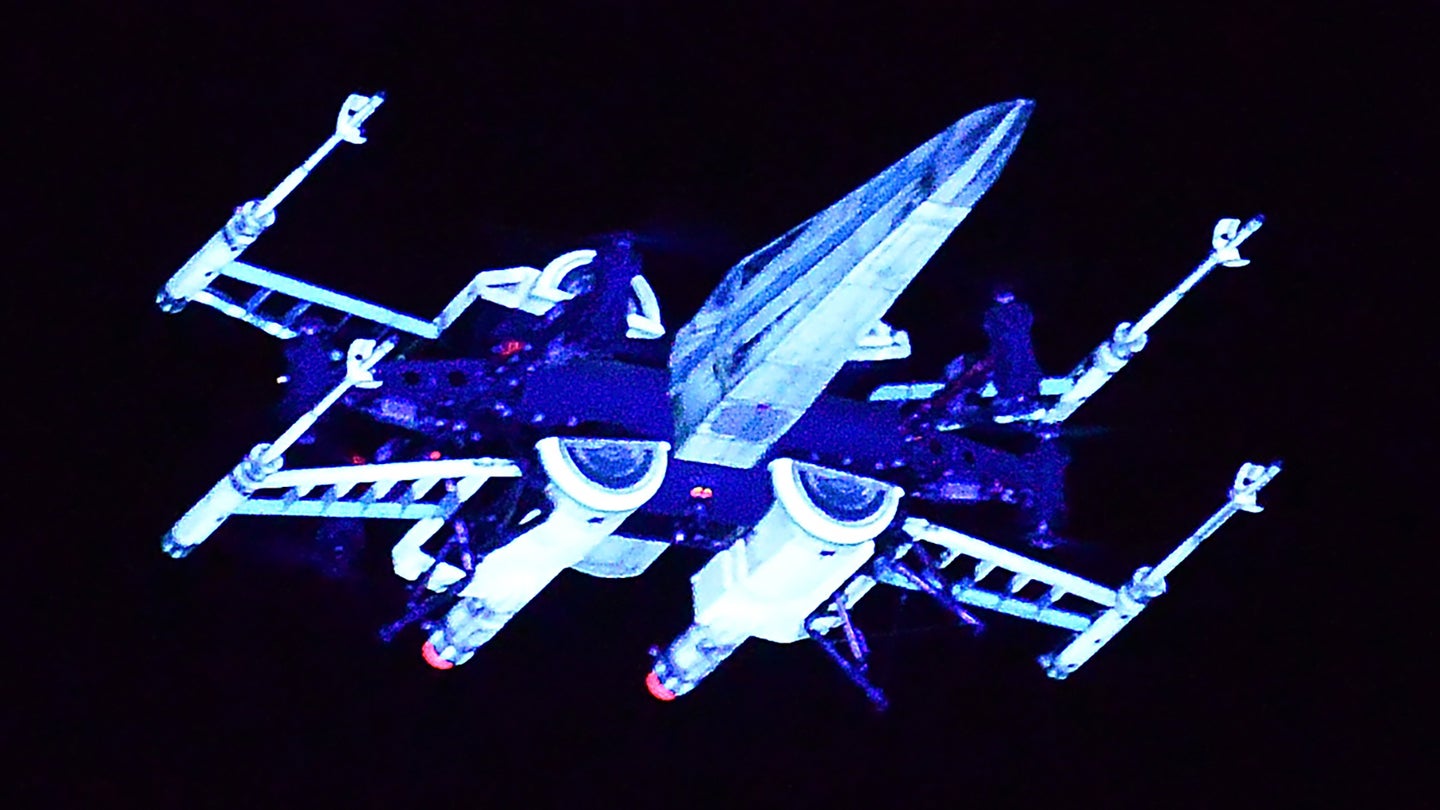 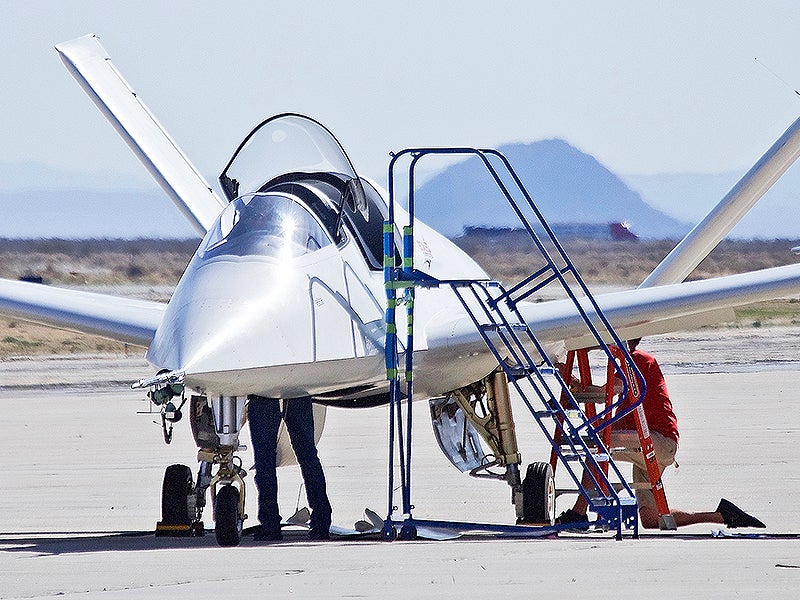