The United Nations says Kazakhstani troops were not authorized to wear the iconic U.N.-marked helmets while responding to protests.

Authorities in Kazakhstan have drawn new criticism over their crackdown on anti-government protesters after pictures emerged showing members of the country's security forces wearing blue helmets emblazoned with the acronym "UN." The United Nations has since expressed concern over the use of personnel wearing these helmets, who are assigned to U.N.-backed Kazakhstani peacekeeping unit, for internal security missions. U.N. and Kazakhstani officials have both confirmed that the international body has not sanctioned any peacekeeping mission in the country, though a Russian-led security bloc has been in the process of sending thousands of troops to this Central Asian country ostensibly for that purpose.

Vladimir Tretyakov, a photographer working for Kazakh news outlet Novosti Kazakhstana, took the photographs of members of this dedicated peacekeeping force, known as the Kazakhstan Battalion (KAZBAT), manning checkpoints in the country's largest city of Almaty on Jan. 6, 2022. That was a day after the largest protests in years against Kazakhstan's dictatorial regime, triggered by a hike in state-subsidized fuel prices and further exacerbated by other long-standing grievances, morphed into major civil unrest across the country.

KAZBAT members were seen in the pictures, seen above and below in this story, armed with Soviet-designed AK-series assault rifles and PK-type light machine guns, as well as riot control grenades. The exact type of grenades is unclear, but the box personnel are seen grabbing them from appears to be marked either or RG3-60KD or RGZ-60KD in Cyrillic. A similar-looking RGK-60KD grenade, which contains a flash-bang stun element and a chemical irritant, can be found on the website of Rosoboronexport, Russia's official state arms broker.

At least one U.S.-made 4x4 Humvee light tactical vehicle is seen in the photographs, as well. This is not the first time these vehicles, which were provided as part of American military aid packages years ago, have reportedly been employed to help quell civil unrest in the country. Personnel from KAZBAT, which was first created in 2000, have trained with U.S. military personnel, as well as those from other NATO member countries, in the past, among others, as part of ensuring that force is properly qualified to support U.N. missions.

"We have conveyed our concern to the Permanent Mission of Kazakhstan on this issue," a U.N. spokesperson told Radio Free Europe/Radio Liberty (RFE/RL), a U.S. government-funded media outlet in response to questions about the pictures, according to a story published today. They also made clear that this organization has not authorized a peacekeeping mission in Kazakhstan.

"United Nations troop and police contributing countries are to use the UN insignia only when they are performing their mandated tasks as UN peacekeepers, in the context of their deployment within a United Nations peacekeeping operation as mandated by the UN Security Council," that same spokesperson added in their statement.

RFE/RL separately reached out to a representative of Kazakhstan's armed forces in Almaty, who said these individuals had been deployed without any official sanction from the United Nations and with the mission of "guarding strategic objects, airports, and governmental buildings." That same individual said that half of KAZBAT is in Kazakhstan, while the other half is currently deployed to Libya. That latter point appears to be a mistake on that spokesperson's part, confusing Libya for Lebanon, where Kazakh peacekeepers have been working alongside their counterparts from India since 2018. There is no U.N. peacekeeping mission in Libya at present, though the international body does maintain a political mission in that country.

Whether or not any KAZBAT personnel are still supporting internal security operations in Almaty or anywhere else in Kazakhstan is unclear. It's also not clear whether putting these troops on the streets with their blue helmets was some kind of attempt to falsely suggest that the United Nations was involved or simply a reflection of a haphazard rush to deploy additional security forces. The members of this battalion, which are drawn from the country's airborne forces, would certainly be among the better trained, equipped, and paid members of Kazakhstan's military, and have been deemed more effective and politically reliable as a result.

The video below shows KAZBAT personnel during riot control training as part of the U.S.-led Exercise Steppe Eagle 2014.

Separately, thousands of troops from the Russian-led Collective Security Treaty Organization (CSTO), of which Kazakhstan is a member, started flooding into the Central Asian country last week ostensibly on a 'peacekeeping mission.' Some of the Belarusian 'peacekeepers' now operating in Kazakstan under the authority of the CSTO also appear to be from a unit created to support missions approved by the U.N. and other international organizations, who wear an insignia that incorporates elements of the United Nations logo.

This is the first time ever that the CSTO has launched any such intervention and Russia and its other member states have sent various types of armored vehicles, as well as electronic warfare systems, among other seemingly more combat-oriented assets, to support the operations. The Russian Ministry of Defense said a key objective of these deployments was freeing up Kazakh state security forces from having to man checkpoints and otherwise perform other static security tasks so that they could take a more active role in putting an end to the unrest.

The Office of Kazakhstan's President, Qasym-Zhomart Toqaev, declared today that order had been restored in the country, despite reports of continued sporadic clashes. At the time of writing, Kazakh authorities have acknowledged the deaths of 164 people, including a four-year-old girl and other civilians, as well as members of the state security forces, and that thousands more have been injured.

Last week, President Toqaev said he issued a shoot-to-kill order against what he branded as groups of "bandits and terrorists." Before that, a state police spokesperson had said that "dozens of attackers were liquidated" in the government's response to the protests, though the exact definition of "liquidated" in this context remains unclear. Officials also say that thousands of people have been arrested in relation to the violence.

Otherwise, much of what actually touched off this unrest in Kazakhstan, and what the future of the country's regime might be at this point, remains murky. Kazakh officials, as well as those from other CSTO countries, have implied that foreign actors, or at least those based overseas, such as dissidents living in self-imposed exile, helped foment the situation. No evidence has been provided to substantiate those claims, but Toqaev is now describing what happened as an attempted coup. At least one self-styled rebel group has emerged, but their actual capacity to wage resistance against the government remains unclear.

There have been other reports that suggest the violence might actually reflect a power struggle within the regime. Toqaev notably stripped his predecessor, Nursultan Nazarbayev, who ruled the country from 1990 until 2019, of a key role as the protests grew in what had seemed to be a concession. There were reports that Nazarbayev had fled into exile, which Toqaev's regime has denied.

Former Prime Minister Karim Massimov, who had also previously been in charge of the National Security Committee (NSC), the country's successor to its branch of the Soviet-era KGB intelligence and internal security agency, was arrested today on suspicion of treason. Three other state security officials reportedly died today, one from a suicide, another from a heart attack, and the last from falling out of a window.

Why the CSTO decided to respond to Toqaev's request for assistance within a day, despite having rejected all requests for help from other member states in the past, remains equally unclear. Russia certainly has significant military, economic, and other interests in Kazakhstan. It is clear, whatever the exact reasoning for the intervention might have been, that the Kremlin viewed this as a particularly sensitive situation in a country that is of significant geopolitical importance along a large stretch of its southern border.

Putin has now declared the CSTO's response to be a major victory for the bloc and specifically said that it prevented a so-called “color revolution" in Kazakhstan. This is a common reference to various popular uprisings around the world in the past two decades or so, including in countries that had been part of the Soviet Union or otherwise in its sphere of influence, which often led to the unseating of pro-Russian governments. This includes the 2004 Orange Revolution in Ukraine, a country where fears have been growing for months now about the potential for new large-scale Russian military intervention.

"Of course, we understand the events in Kazakhstan are not the first and far from the last attempt to interfere in the internal affairs of our states from the outside," Russian President Vladimir Putin said today, speaking remotely with the heads of state of the other CSTO members, including Toqaev. "The measures taken by the CSTO have clearly shown we will not allow the situation to be rocked at home."

Putin said that Russian and other CSTO troops will remain in Kazakhstan as long as necessary to ensure anti-government elements, who he described as “terrorists, criminals, looters and other criminal elements," were suitable dealth with. Kazakh officials have said that the bloc's forces could start to leave as early as next week, but it remains to be seen if all of the troops, especially Russian forces, will actually depart the country.

What impacts the upheaval, together with the subsequent government crackdown, might have now on Kazakhstan's relationship with the broader international community, such as the future of KAZBAT's involvement in U.N. peacekeeping missions, remains to be seen. President Toqaev's regime, at least for the time being, certainly seems to be on a more stable footing. 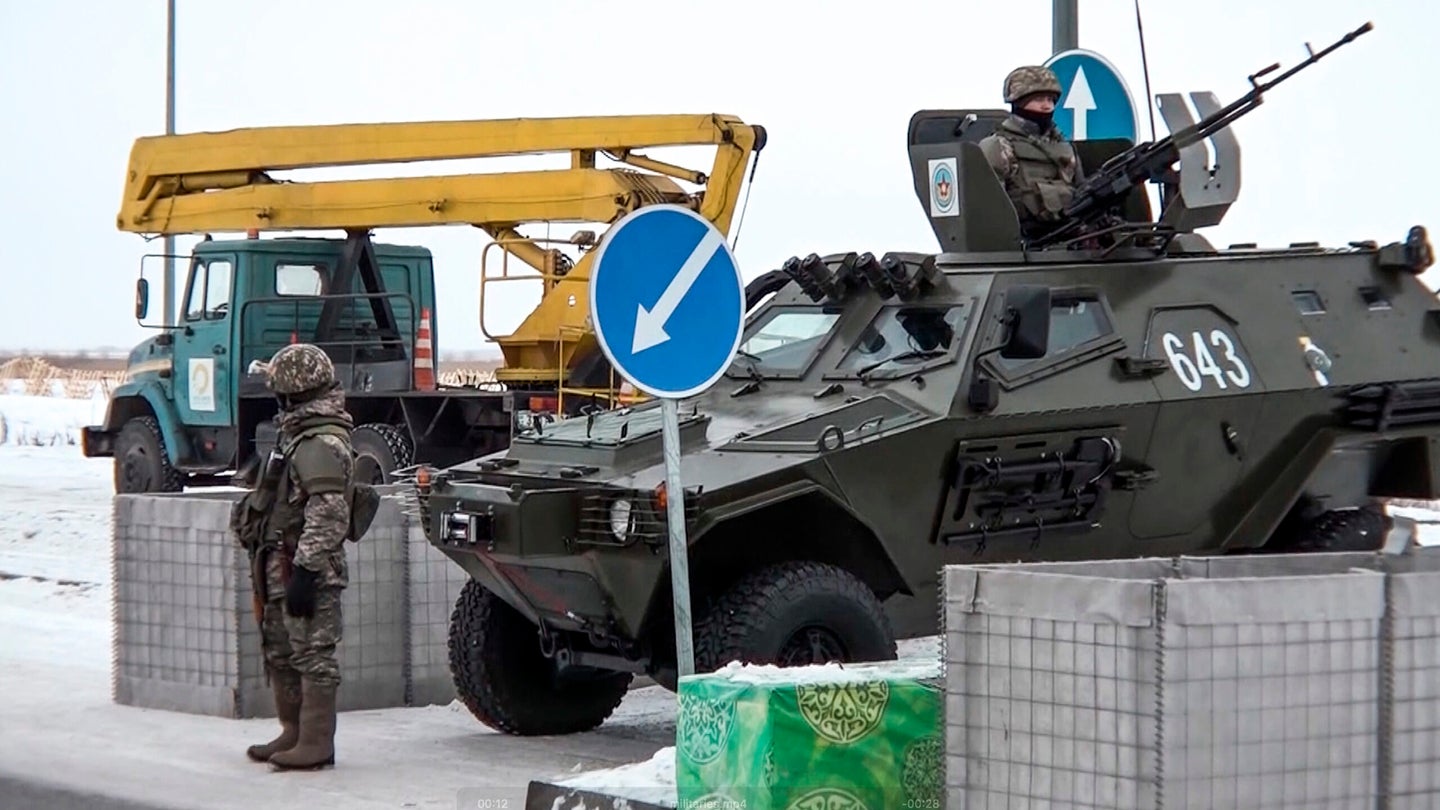 The Kazakh regime vows to continue fighting what it calls “bandits and terrorists” as possible armed rebel opposition group emerges. 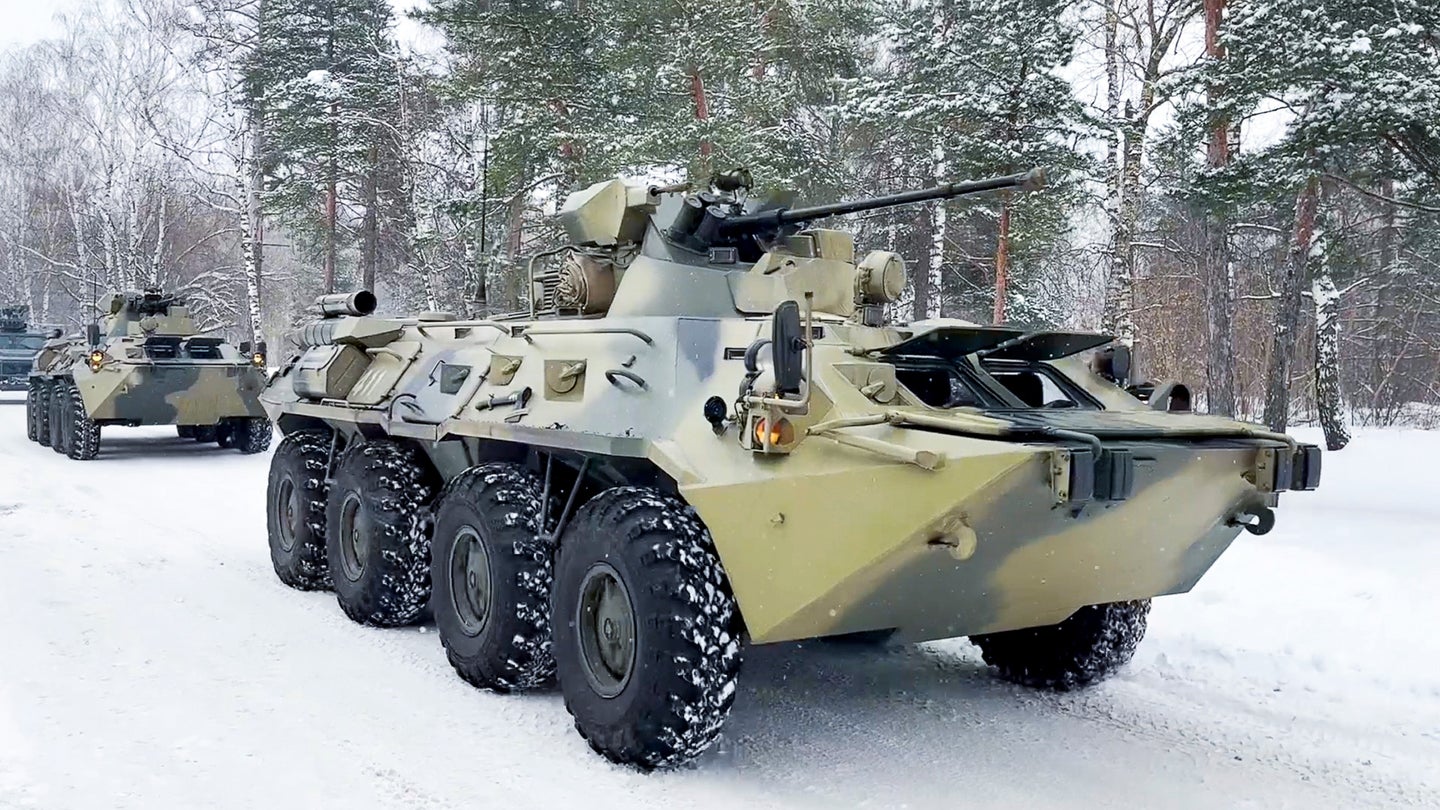 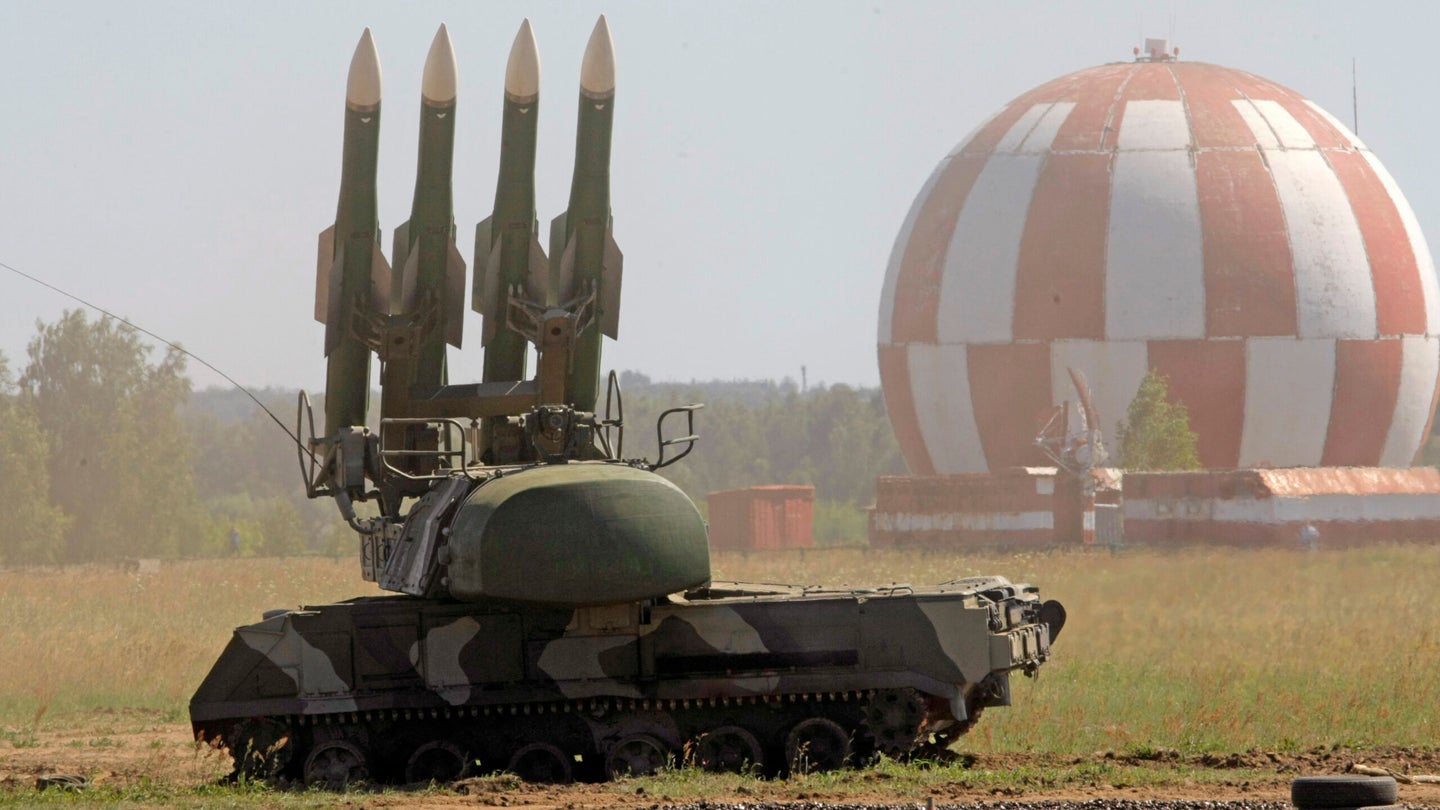