Check Out This New Rendering Of Boeing’s Hypersonic Aircraft Design

Boeing has provided additional artwork of its latest hypersonic aircraft concept, seen at the top of this story and below, and additional information about the design itself has emerged. The company unveiled a model of this design, which is an evolution of one that was first shown back in 2018, earlier this week, as you can read more about in The War Zone's initial story on this topic.

The model of this hypersonic aircraft design, which Boeing has said could be used for military missions or as a space launch mothership, has been on the show floor all at the AIAA SciTech Forum and Exposition in San Diego, California, which wraps up today. "We wanted to take advantage of the AIAA opportunity to showcase the progress we are making in hypersonics technology," the company has now told The War Zone in a statement in response to a query about why it chose to first display this model now.

"Over the past several years, we have advanced our vehicle design concepts, developed innovative integration solutions and matured enabling technologies in the challenging areas such as propulsion, thermal, materials, guidance navigation & control and engine/airframe integration," that statement added. "Boeing has successfully designed, built and flown hypersonic vehicles for the last 60 years. Boeing Research & Technology has been developing hypersonic vehicle concepts and technologies in support of potential future defense applications."

Separately, Dr. Chris Combs, a Dee Howard Endowed Assistant Professor at The University of Texas at San Antonio (UTSA) and the coordinator of that university's aerospace program, wrote on Twitter that Boeing engineers had explained the reasoning behind an apparent gap between where the forward fuselage's mold line and the wing root on either side of the design.

"So I talked to the guys that designed the vehicle. What I can say: design tools were used to optimize drag on *both* the inboard and outboard wings simultaneously," Combs said in a Tweet that also included a video offering a perspective that shows how that gap isn't necessarily a gap at all. "Position of the intake is also important here. This is what you get. It makes sense."

The two distinctly separated engines seen on the model of Boeing's new hypersonic aircraft concept at AIAA are among the more notable differences between it and the design that was displayed at this same event back in 2018. The older design concept had two engines, but they were positioned in a side-by-side arrangement under the center of the fuselage.

This configuration had evoked some broad comparisons to that of the XB-70 Valkyrie supersonic bomber that North American Aviation had designed and built for the U.S Air Force in the 1960s. North American Aviation eventually merged with Rockwell, which was then acquired by Boeing, and the hypersonic aircraft concept shown four years ago was also dubbed the Valkyrie in a direct reference to the Cold War bomber.

The positioning of the engines, and especially their intakes, is particularly important when designing air-breathing hypersonic platforms. These are typically powered by ramjets and scramjets that be very sensitive to changes in airflow and that simply cannot function effectively at lower speeds.

Boeing, among others, has been working on advanced turbine-based combined cycle (TBCC) engine configurations that blend ramjets or scramjets with more traditional jet turbines. The latter engines can then provide propulsion at lower speeds. Reliable TBCC engines that can be produced at scale and at reasonable costs are seen as a key enabler for future viable hypersonic aircraft designs that could take off and land using existing runway infrastructure.

In 2016, former Lockheed Martin CEO Marillyn Hewson said it would take around $1 billion to produce a fighter jet-sized reusable hypersonic demonstrator aircraft. Boeing's Valkyrie concept was widely seen as a direct response to Lockheed Martin's unusually public discussion between 2016 and 2017 about a proposed unmanned reusable hypersonic military aircraft, called the SR-72, that would be capable of carrying out intelligence, surveillance, and reconnaissance (ISR) and strike missions. There are strong indications of significant progress in the development of advanced scramjet technology since then.

"We won’t speculate on future USG requirements for this technology," Boeing said in a statement to The War Zone when asked if its latest hypersonic concept was aimed at any U.S. government requirements, such as the U.S. Air Force's Project Mayhem. Details about Mayhem, which you can read more about here, remain limited, but it is linked to work on TBCC engines and is seeking hypersonic aircraft demonstrators with ISR and strike capabilities.

Boeing Research & Technology is publicly known to be involved in at least one commercial hypersonic aircraft venture, though its Australian branch. That project, which it is working on with Hypersonix Launch Systems, also based in Australia, is focused on the development of a mothership aircraft capable of serving as a flying platform for launching payloads into space.

It will certainly be interesting to see how Boeing's latest hypersonic aircraft concept continues to evolve as a platform for military and commercial applications. 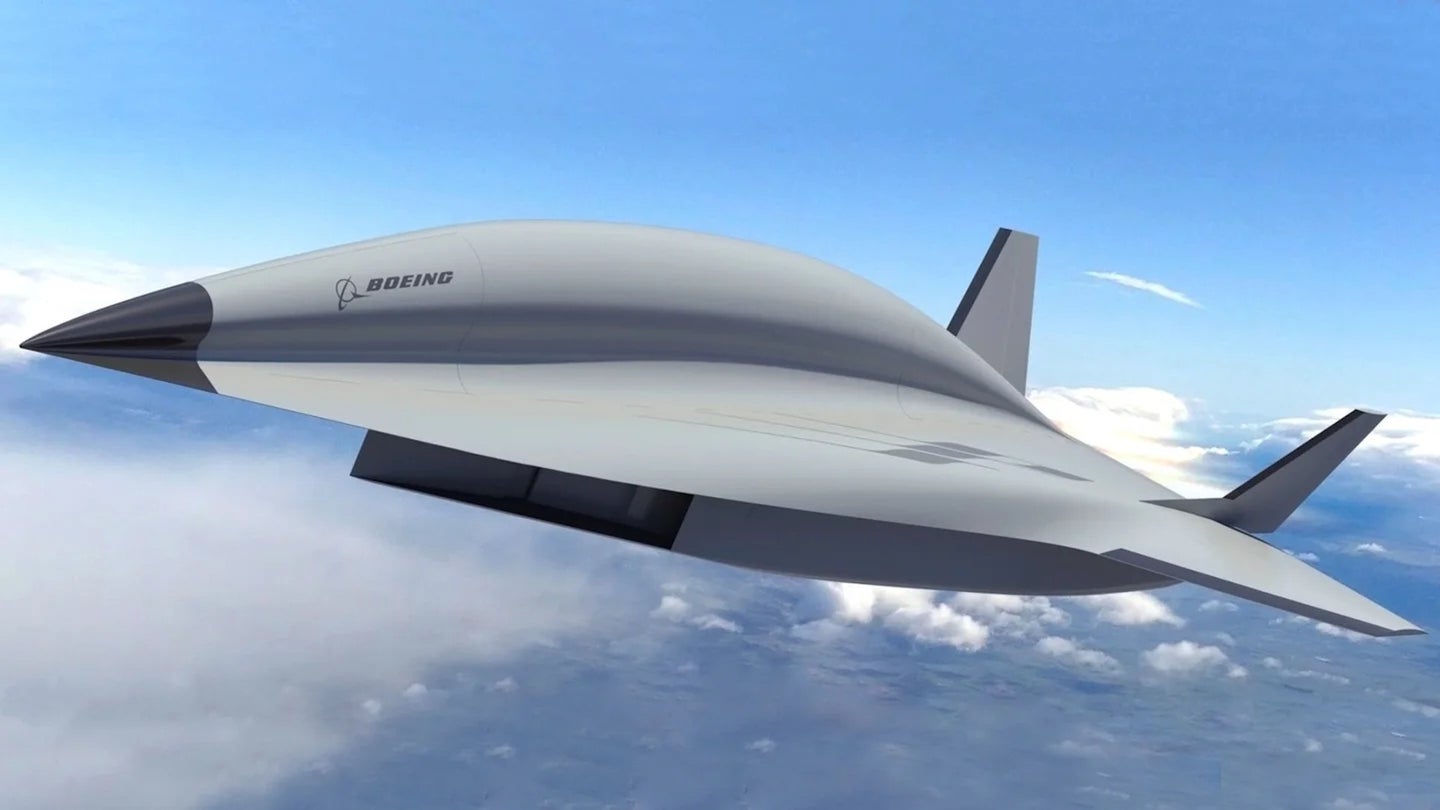 Boeing’s latest hypersonic aircraft design could potentially be used for various military missions or as a space launch mothership. 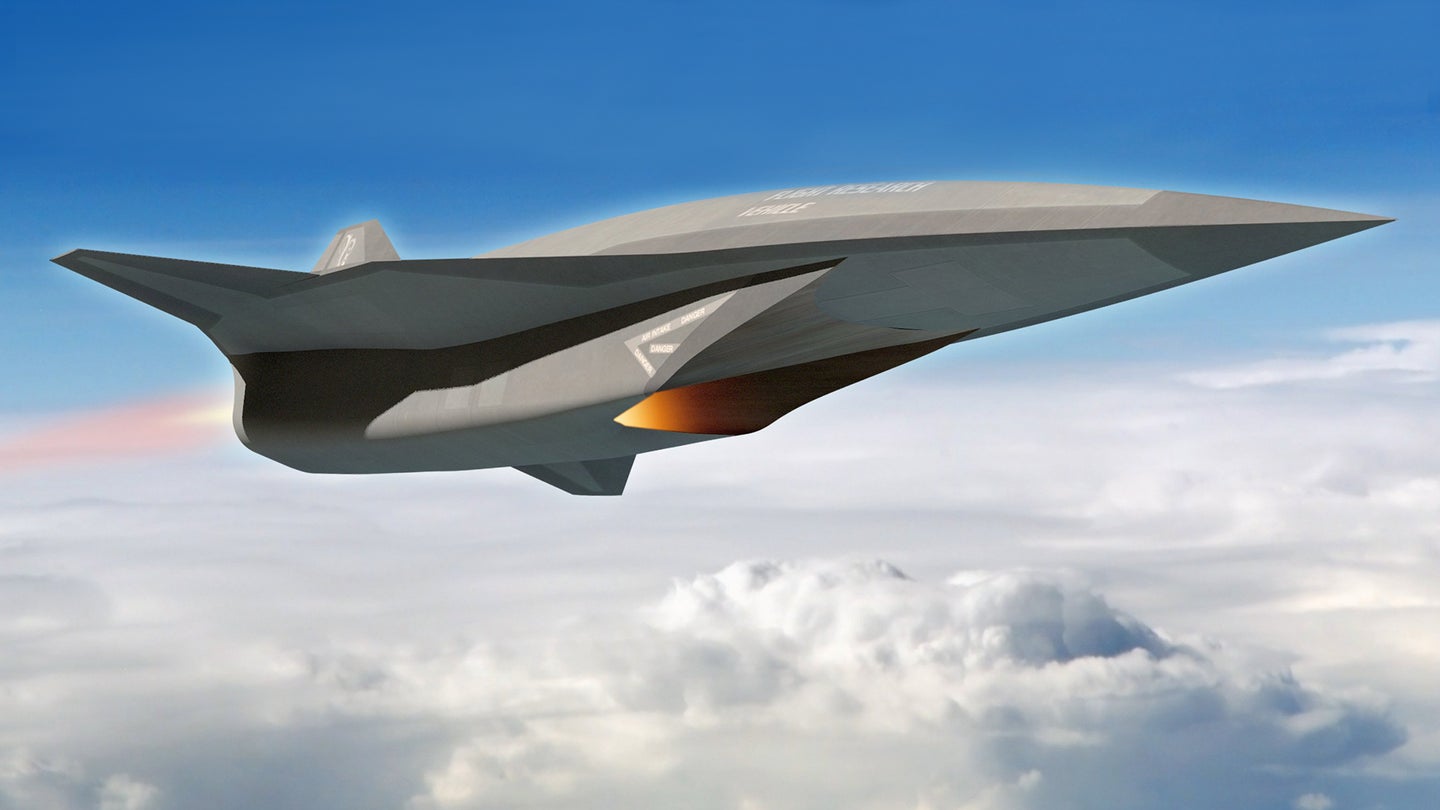 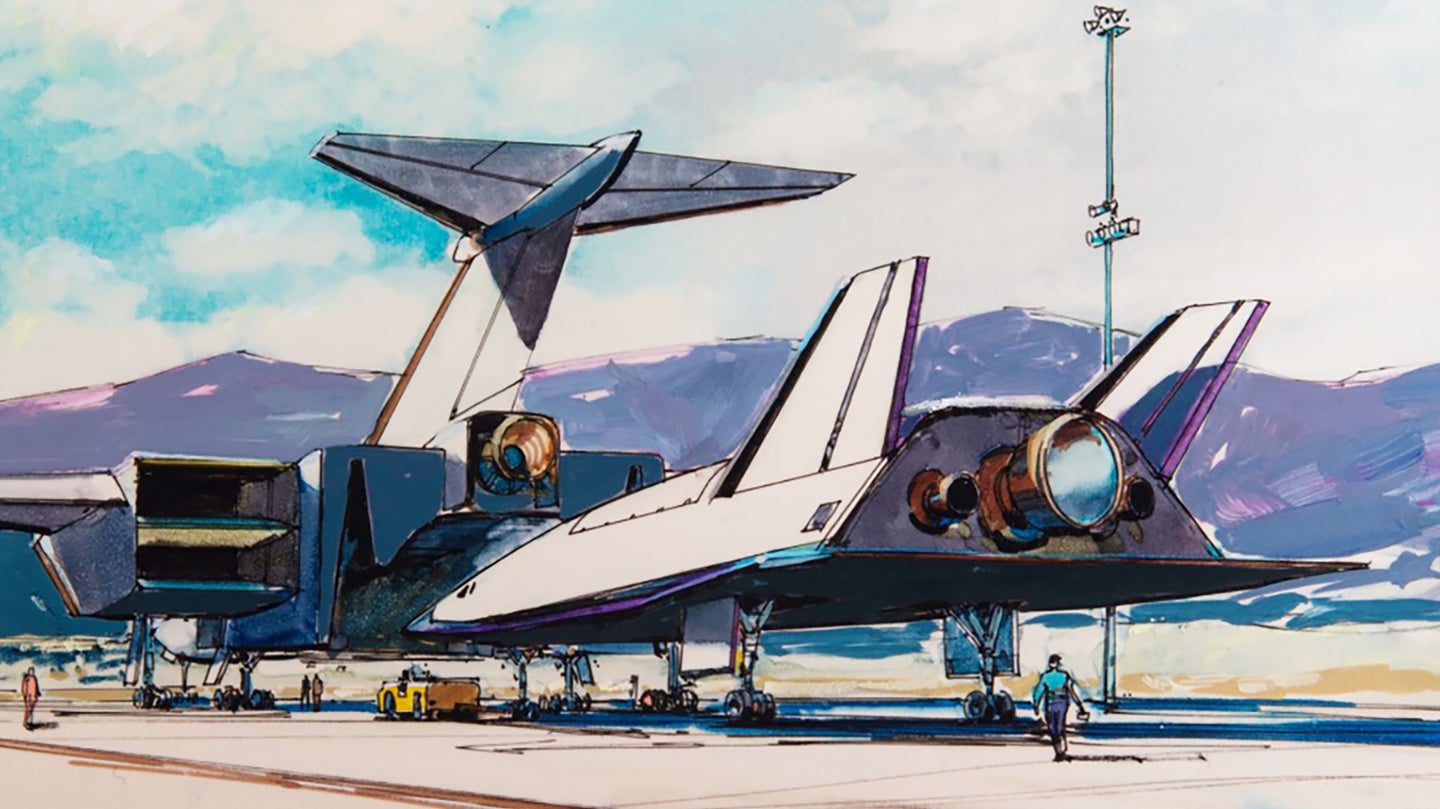 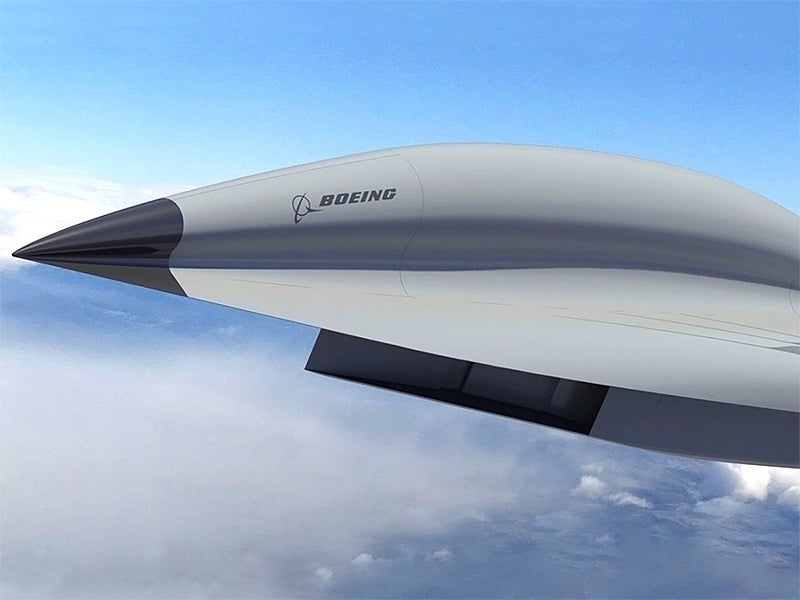